What COVID taught me about Tu B’Shvat 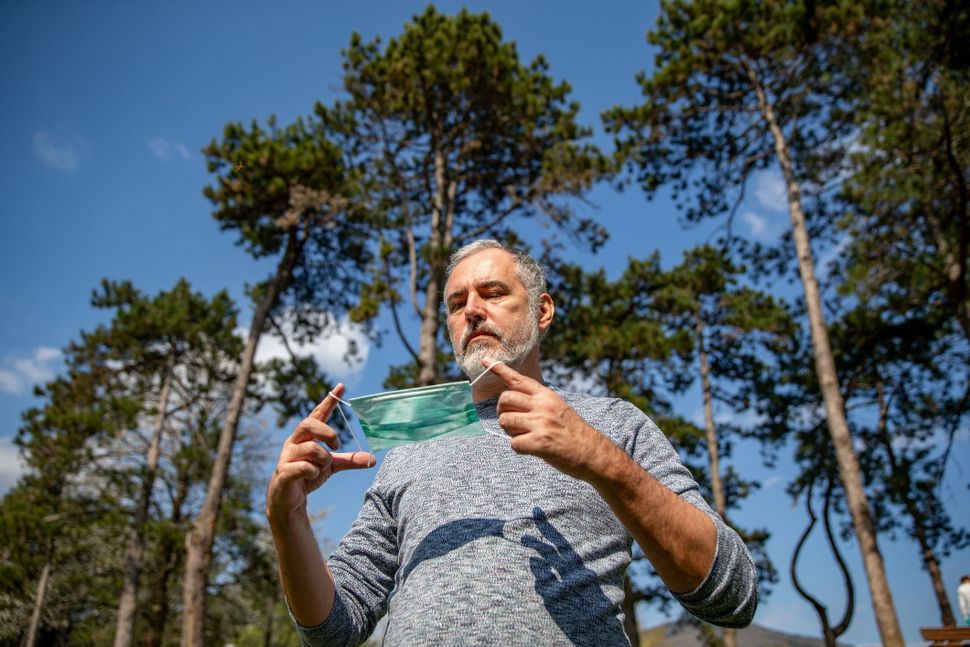 Smirking from behind my mask, I inaudibly mumbled in the direction of a stranger passing by with his nose sticking out atop his: “Did you know that your nostrils are a part of your respiratory system?” It was a moment of disbelief for me. What’s so hard about wearing your mask properly?

I can’t keep count how many times I’ve had feelings of anger and bafflement towards people who refuse to do their part.

My inability to understand folks on the other side of the mask debate — which shouldn’t be a debate at all — finally came to a stop when I realized that a good dose of hubris was mixed in with my shock.

The epiphany happened once I began to plan programming for Tu B’Shvat, the Jewish new year for trees. In my kitchen, washing the dishes, I saw a news story about a family who had gathered during this holiday season. Sadly, many of them caught COVID-19. Some died.

I was filled with sadness — and self-righteousness. I murmured to myself: “Well, what does one expect when rebuffing the warnings of the entire world’s experts?”

Then I realized I had left the faucet running for the duration of my internal rebuke of this family that had just suffered an immense loss.

And it wasn’t just the water. I had also used about 20 paper towels to clean the kitchen, instead of a much more sustainable rag. My family had eaten our third meat dinner of the week, and it was only Tuesday. I had thrown an empty wine bottle in the trash can instead of in the recycling bin.

And I realized that when it comes to the climate crisis, I have been the equivalent of an anti-masker.

Like those who refuse to protect the world around them from their own exhaled air particles, I refuse to do my part to protect the environment. I accept the science on climate change, but rebuff it through my actions. I don’t put in the effort to limit the harmful waste generated by my habits. While I imagine that my carbon footprint is embarrassingly large, I’ve never bothered to try to measure it.

Why? Science was settled on the catastrophic dangers posed by climate change long before the coronavirus began to affect us. I know plenty of folks who make true sacrifices in their daily routines to reduce the damage that we human beings are inflicting upon our planet. Why haven’t I?

In years past I’ve all but ignored Tu B’Shvat. On Purim we ask hard-hitting questions about good and evil, while also providing delight for our kiddos by hosting carnivals and parades. On Passover we sink our teeth into the weighty topics of slavery and freedom. And on Tu B’Shvat… trees? I’ve never grasped the urgency of the holiday, or understood how it could make me grow as a person.

With the ever-increasing devastation wrought by the coronavirus, and the knowledge that it could easily be better controlled if we only heeded science, Tu B’Shvat is hitting me differently this year. The evidence is as clear as day regarding the importance of masks. It is equally clear that we need to be taking action to preserve our planet.

What’s stopping every American from wearing a mask? How could people so blissfully gather in large crowds while so many are suffering? Maybe I will find the answer to my questions when I can answer the following about myself: Why do I continue to harm this planet I love and, by extension, all the people who live on it?

Jason Bonder is the associate rabbi of Congregation Beth Or in Maple Glen, Penn.

What COVID taught me about Tu B’Shvat