How getting the COVID vaccine changed my approach to prayer 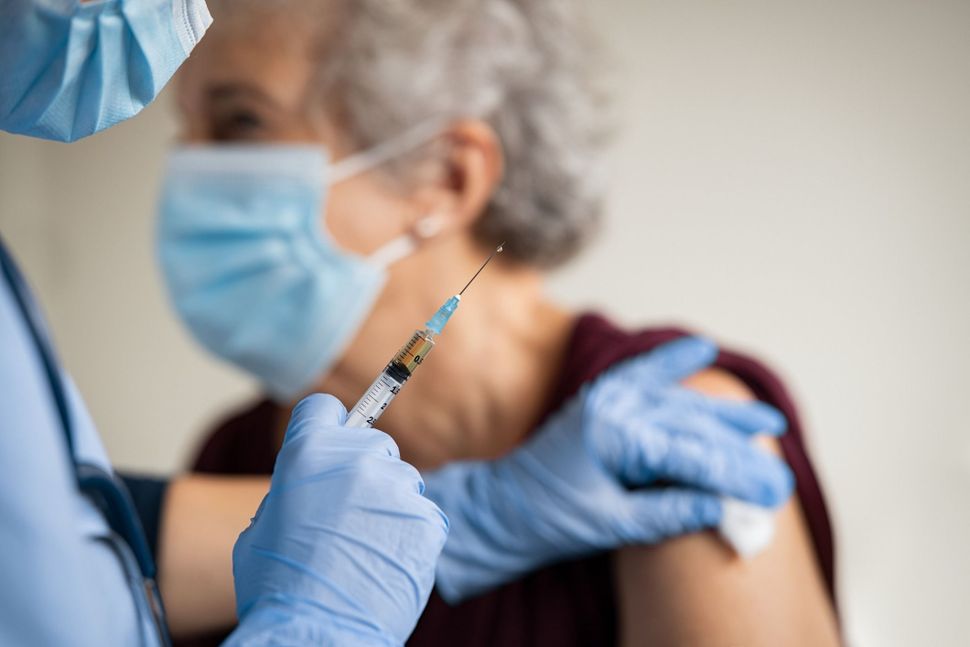 It’s the morning of my first vaccine and I double mask and jump in the subway to head to my appointment at Harlem Hospital. I get out of the subway and make a wrong turn, which leads to another wrong turn and worries that I will be late. I start to run, panting under my masks and fogging my glasses, but arrive just in time for a lovely nurse with sky-blue fingernails to give me my injection. 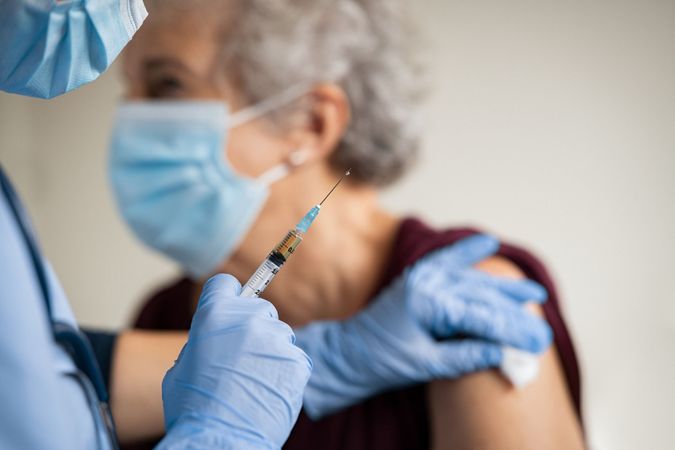 I have been so focused on making and getting to this appointment that I am unprepared for how emotional I’ll feel as the needle goes into my arm. But what a year this has been. The suffering. The loss. Fresh horror stories still coming in daily. Though my loved ones and I were lucky to stay safe, I haven’t seen my parents or adult son in more than a year—or admitted to myself until now how much I have missed them. Missed everyone. But here is the vaccine, holding the promise of protection and the chance to be together again. I find myself reciting the Shehechiyanu, so grateful for this shot, so grateful for this prayer that expresses my thankfulness for reaching this day.

I am not an obvious person to be saying it. Though I grew up going to Jewish day schools and summer camps where we prayed every day, I decided after a couple of comparative-religion classes in college and during a semester abroad in Cairo that I did not believe in God and dropped all practice. I was so eager to assert my shared humanity with everyone everywhere that I never attended another Rosh Hashanah service or even hung a mezuzah on my door.

But here I am, not only reciting the ancient words with perfect recall, but filling with a comfort so deep it feels almost physical, like I am grabbing onto a lifeline that connects me to people throughout the world and time.

It is not the first time this has happened. When our first child was born and placed in my arms, my husband and I were floored to hear Birkat HaKohanim, the priestly blessing, traditionally used by parents to bless their children on Friday nights, come out of my mouth.

A few years later, when I was on an airplane that took a terrifying nose dive before the pilot righted it again, I stared out the window not so much reciting as clinging to the words of Shema.

And at the start of the pandemic, when I was walking in Central Park and came across the emergency field hospital with the bumper-to-bumper lineup of ambulances waiting to drop patients off, I felt grateful to at least be able to offer a pleading little loop of Birkat Ha-cholim, the prayer for the sick.

But this is the first time I have stopped to think about the strange phenomenon, not about to take anything that brings comfort or company at this point in the pandemic for granted. As I head back to the subway under a sky as blue as the nice nurse’s nails, I wonder why, if I haven’t believed in God in such a long time, these prayers not only continue to come back to me but to provide such deep relief?

Part of the reason, of course, is that I learned them in childhood, and happy associations from childhood tend to bring joy. Like snow. I grew up in Montreal surrounded by snow, and on those rare occasions it sticks to the ground in Manhattan, where I live now, I fill with pleasure. But it’s a more limited pleasure than I get from the prayers, one that remains between me and the snow, and does not mystically extend to all the people with whom I’ve ever built snowmen or had snowball fights.

Another part of the magic surely has to do with the healing power of words, recognized by everyone from the ancient Egyptians and Greeks to Freud and Jung as a way of calming the body and soothing the mind. “Reciting poems dissolved my feelings of solitude,” said Rachel Kelly, author of Black Rainbow, a book about how poetry helped her recover from years of severe depression. “I felt the words of the poets embracing me from across the centuries, assuring me other people have had these challenges and I wasn’t alone.”

And prayers are poems that are ritualized, giving them even more power. When I recited my prayers in those intense moments, I did not simply feel connected to people in general but to a specific community of people I felt I knew and could almost see shopping in shtetls, learning in ghettos, walking to gas chambers, arriving at Ellis Island, jogging on the beaches of Tel Aviv. It is as though the years of showing up in learning and prayer bound me to these people by a spiritual connective tissue that has remained in place ever since, regardless of whatever intellectual conclusions I might have reached about god. Reciting a few words is all it takes to reactivate the connection and stop me from feeling alone.

This is an especially precious gift after the year we have just had. Though it doesn’t bring me any closer to believing in an omnipotent ruler up in the sky, it makes me believe in the value of people gathering to pray to whomever they understand god to be. We have been isolated by more than the virus — also by politics, technology, social media, the harshness of our public discourse, and an unprecedented exodus from places of worship.

According to a recent Gallup poll, American membership in churches, synagogues, and mosques has fallen 70% in the last 20 years—the biggest drop on record — especially among millennials, who, other polls have shown, are suffering from epidemic levels of loneliness. As we rethink our relationship to the workplace, school, and home, maybe we also ought to look with fresh eyes at prayer, which might have the potential to feed us in ways we do seem to be starved.

I, for one, have already revamped my attitude. Rather than waiting to be surprised by the prayers that pop out of my mouth, I plan to start integrating prayers into my life. I already know which one I am most looking forward to saying. When my friends can finally come over again and sit down at the table for a meal, I intend to belt out the words to Hineh Ma-Tov, which translate roughly as: How good and beautiful it is for friends to sit together.

Lisa Wolfe is a writer from New York.

How getting the COVID vaccine changed my approach to prayer