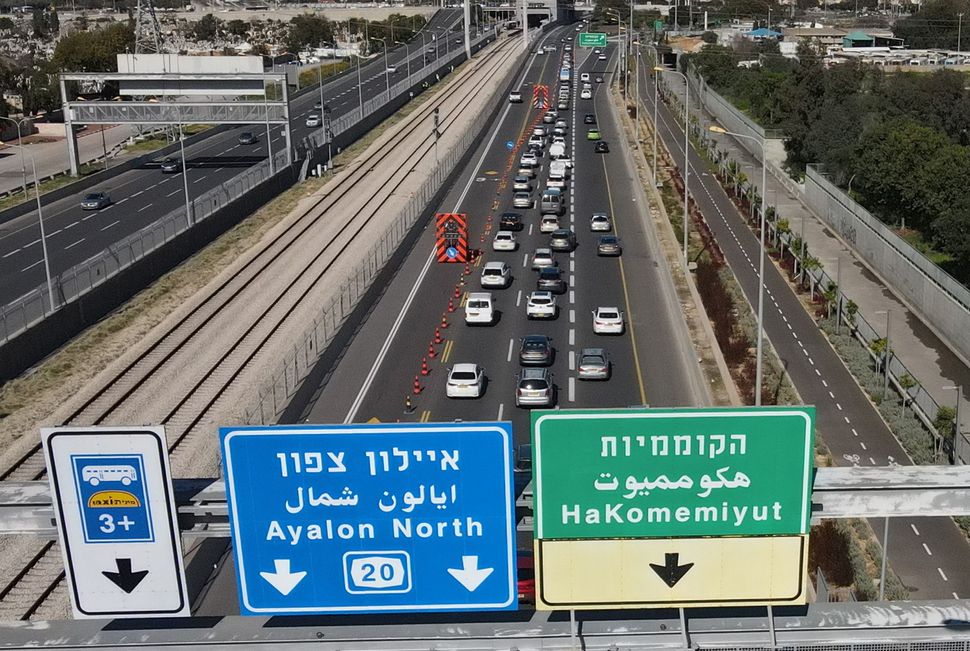 Billboards with the slogan “Israel Chooses to be Normal,” could be seen on the highway that runs through Tel Aviv during recent Israeli elections. These signs were sponsored by the extremist Noam Party. The billboards promoted a certain kind of “normalcy”—in particular, they wanted to “that my son marries a woman.”

Noam’s campaign commercials added that a vote for them would mean that a person would no longer have to “worry” that their child would marry someone of the same sex, or learn about the existence of transgender people and decide to undergo gender-affirming surgery. Even more dangerous than the LGBT community, according to Noam, are Reform Jews: Noam released a campaign commercial comparing Reform Jews to Nazis. And, for good measure, Noam is also against people with disabilities—a senior member of the party recently said that an organization that integrates disabled people into society “strengthens the weak at the expense of the strong.”

Noam originally began as an organization named Hazon (Vision), whose mission was to “promote a Jewish agenda in Israel.” It soon became clear what this meant.

In 2019, days before the Jerusalem Pride March, signs began appearing in the Jerusalem area that read “Father + Mother = A Family with the Courage to be Normal.” That same year, other signs began appearing, reading: “Reform Kotel? That’s Not Normal” and “Jewish Grandfather-Assimilated Son-Goy Grandson. Protect the Normal Kotel.” From Hazon, Noam was founded in 2019 as a political party.

For three election cycles, Noam failed to garner enough votes or support to enter the Knesset. But after this most recent election (our fourth in two years), and after receiving support from Prime Minister Netanyahu and Religious Zionist leaders, a representative from Noam was elected to Knesset. Among his first remarks to the Knesset plenum was that there is only one way to be Jewish: strictly Orthodox.

Though it is a small party, in the past few years Noam has succeeded in gaining recognition and is moving increasingly towards mainstream acceptance. Its growth and entrance into the Knesset is a direct result of Israel’s ultra-Orthodox monopoly. When it is already acceptable to assert that only one form of Judaism is legitimate when it comes to religious practice and lifecycle events, it leaves room for a party dedicated to extremism, homophobia, and the demonization of any other types of Judaism.

Noam would not have been given the oxygen it needed to grow in a country that truly valued and advanced pluralism and diversity.

Now this voice of intolerance and hate has a platform in the country’s highest branch of government. Because Noam is still a small party, and still considered to be fringe, it is likely that you have never heard of them. But do not mistake their relative obscurity abroad for weakness, or as a sign that they are not a threat. They are a new form of extremism in Israel. We must acknowledge it and face it head-on so that we can fight before they grows any further.

Ironically, the Hebrew word “Noam” means “pleasant.” But their extremism and advocacy of homophobia, ableism, and hatred of anyone who is not like them belies the innocence of their party’s name. If we do nothing, Noam will truly come to define “normal,” and it will drown out voices of pluralism and diversity. We must work together to ensure that this does not happen.

Representatives from Noam should be personae non grata and not be invited to speak to groups who care about democracy, pluralism, and equality in Israel. When they do give talks, they should be to empty rooms. When representatives from Israel turn to American Jews for their support, it is an opportunity for you to express your discomfort and horror at Noam and the platform it has been given. Now is the time to raise our voices together, and drown out hate and intolerance.

Anat Hoffman is the executive director of the Israel Religious Action Center.