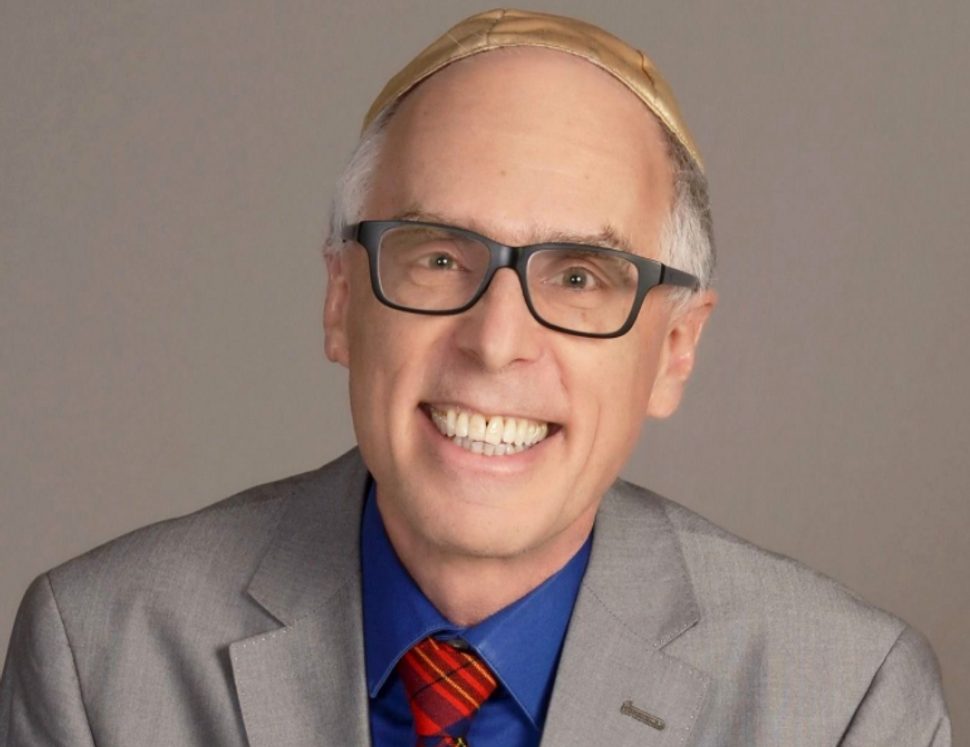 This profile appears as part of “16 Over 61,” a collaboration between the Forward and the Marlene Meyerson JCC Manhattan’s Wechsler Center for Modern Aging.

Rabbi Joe Hample, 64, is still fairly new to his title — he was ordained by Hebrew Union College in Los Angeles in 2009, at age 53.

But he’s already made quite the impact. 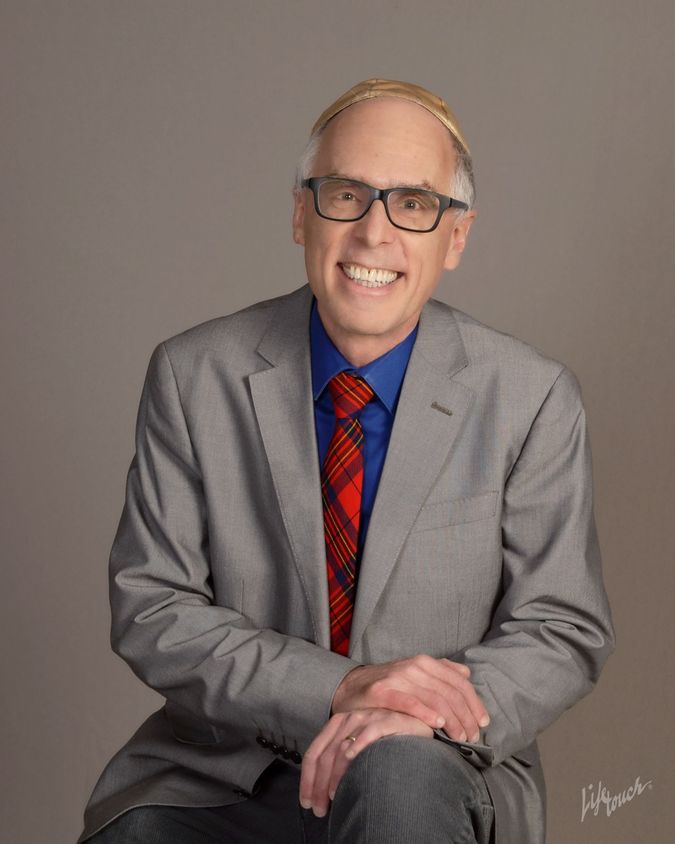 His first job out of rabbinical school was as a chaplain at California’s Pelican Bay State Prison, where he ministered not only to Jewish inmates, but also to Muslim and Native American ones; during his time there, the positions for chaplains for those communities went unfilled. In 2012, he moved to West Virginia, becoming the spiritual leader of the Tree of Life Congregation in Morgantown. He’s worked to grow the Jewish community he serves, expanding outreach to Jews living in nearby towns that lack their own synagogues.

And Hample, a member of the inaugural cohort of “16 Over 61” honorees, approaches his work in a true spirit of service: “Rabbi Joe does lots of work as an unpaid community rabbi, from hospital visits to speaking at public and private schools, to teaching potential conversion students, all with a sense of humor, and a feeling of serving Judaism and our local communities,” wrote Barry Lee Wendell, who nominated Hample for “16 Over 61.”

A pizza party with old friends in California. Show tunes, political humor, some teasing about long-ago misadventures. I’m good at word games and terrible at card games, but I enjoy them all.

You wake up on a beautiful Sunday morning with an unplanned day ahead of you, and no responsibilities. How do you choose to spend it?

If in a city, drift around an interesting neighborhood, dipping into bookstores and coffee shops. If in the country, drive, take a nature walk, discover an offbeat tourist attraction, sample a local eatery.

What makes you smile, no matter what?

When you get good news, who is the first person you tell, and why?

My husband, because he’ll be proud of me; anyone else would think I was bragging. (When my parents were living, I would have told them, for the same reason.)

From ages 5 to 9 I spent summers with my grandparents in Buffalo attending the day camp operated by the Buffalo Jewish Center. (It was called Centerland.) That’s where I learned my first Hebrew words and songs, and got my first taste of Jewish community.

What’s one thing you absolutely cannot live without?

Coffee. I understand there’s a dispute about the correct blessing for coffee. Some say “she-ha-kol nihyeh bidvaro” (“Created by God’s word”) and some say “m’chayyeh ha-metim” (“Raises the dead”).

How do you feel you’ve changed over the years? What ideas have been most meaningful to you as you’ve traveled through life?

I’ve become more patient with myself and others, through an ocean of trial and error. (And therapy.) I love fiction about troubled relationships or midlife changes of direction. 10 years ago, as a prison chaplain awkwardly sharing an office with a Fundamentalist pastor, I was delighted to find we had the same favorite novel: “Saint Maybe” by Anne Tyler, about a young man who turns to religion in a family crisis.

Has your Judaism informed how you approach the process of aging? If so, how?

As a young adult in a mind-numbing corporate career, I had a sense of no impact. I became a synagogue-goer at 36, gave myself a crash course in Judaism, entered rabbinical school at 47, and was ordained at 52. I realized I could be useful to my community at any age by giving them access to Judaism. What do the young need from the old? Not our advice — they’d rather make their own mistakes — but our blessing. I get better all the time at providing it.

What does the idea of honoring and celebrating aging mean to you?

My congregation celebrates the occasional “Mazel Tov Shabbat,” for which I wrote the following reusable reflection. “Pirkei Avot is like the introduction to the Talmud. Pirkei Avot says this: At 5 you read the Bible; at 10 you learn the Mishnah; at 13 you keep the commandments; at 15 you study Talmud; at 18 you marry; at 20 you make a living; at 30 you have strength; at 40 you have understanding; at 50 you give advice; at 60 you have maturity; at 70 you have wisdom; at 80 you have power. You don’t have to tell us what birthday you’re celebrating, but our tradition honors them all.”