Luke Holland’s ‘Final Account’ is unsettling. That’s why you need to watch it 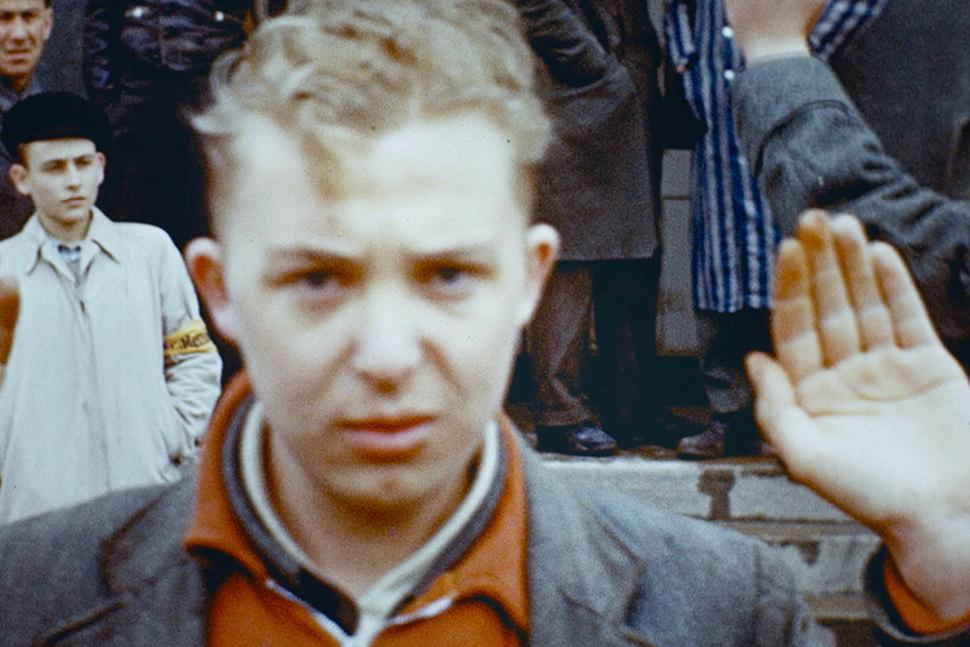 Luke Holland and I had a regular spot at St. Pancras railway station in London. We would sit under the vaulted 30-foot Victorian ceilings, sipping afternoon tea and discussing the latest Nazis he had interviewed.

Holland, who was born in England in 1948 and died of cancer last spring, was raised in Paraguay, where his family moved when he was four years old. It was a happy childhood, full of expats. He grew up speaking English, German, and Spanish. It was only when the family returned to the United Kingdom in Luke’s teenage years that he learned his mother was Jewish, a refugee from Vienna whose family was killed in the Holocaust. He soon realized that many of those German-speaking neighbors in Paraguay were resettled Nazis.

Holland grew up to become a talented photographer and documentary filmmaker. In 1993, he made the documentary Good Morning Mr. Hitler, based on recently discovered home movies of a 1939 cultural festival in Munich, remarkably filmed in color. In 1997, he made I Was a Slave Labourer, documenting the battle waged by survivors of forced labor for compensation from the German government and companies like I.G. Farben.

His last project, Final Account, will be released in the United States on May 21. The trailer is out now. It’s a series of conversations with old Nazis, perpetrators in the final years of their lives, and it is revelatory. It is both his final project and his masterwork.

Holland interviewed 250 Germans who were either confirmed Nazis or witnesses to the Holocaust’s atrocities to create a unique archive of never-before heard perspectives. They’re old men and women now, and he told them—truthfully—that he was working on a documentary about the war. He filmed them in their homes, often returning time and again, building trust. Slowly, he confronted their dark pasts.

The film focuses on his conversations with a handful of former SS members, including camp guards and participants in units that murdered Jews. He learns how they first became involved in the Hitler Youth, about their loyalty to Hitler, their choices to join the SS. The film reaches its key question: Do they consider themselves perpetrators?

The responses are fascinating.

Karl Hollander lays out his medals with pride, unwavering in his loyalty to Adolf Hitler. He considers himself part of an elite. Kurt Sametreiter has no regrets being in the SS, and denies the Holocaust happened; “I will not believe it,” he protests. Through Holland’s genius interview technique, some who initially deny they are perpetrators reassess that conviction on camera. Klaus Kleinau struggles to say, “I wouldn’t have been a perpetrator if I’d had the courage to say ‘no’ at any point.” You can see in his eyes that it’s the first time he’s admitted this aloud. “How can you say you are not a perpetrator when you were a member of the Death’s Head SS unit?” asks Holland to Karl-Heinz Lipok. “A valid question,” says Lipok, with sincere regret in his eyes. “That’s when complicity turns to guilt.”

The most frightening scene in the film comes not from the aging SS, but from younger members of German society. Former SS officer Hans Werk pays a visit to the villa in Wannsee where the Final Solution was planned. There he meets German teens flirting with xenophobic right-wing politics. One of the teens starts to attack the former SS officer, not for his role in the Holocaust, but for saying he is ashamed of being German. “Why are you such a coward?” the teen yells. “You should be afraid of being stabbed by an Albanian refugee on public transport.” Werk responds, “I ask only this of you — do not let yourself be blinded.” An SS man pleading with kids not to be like him.

The unseen character in this film is Luke Holland. Because he unknowingly grew up among old Nazis, he knows how to speak to them and, critically, how to listen to them. As a courageous, curious and deeply empathetic filmmaker, he creates his own final account to bring us close to something only he could teach us.

It is all too easy to demonize the Nazis, to make them history’s monsters, aberrations, people confined to a long-ago time and place. It is precisely by talking to them, by humanizing them, that we can see the causes of the Holocaust and how easy it is to get there.

Be warned the Final Account is uncomfortable to watch. You might come away very angry the first time you see it. I did. But my recommendation is to watch it not only once but twice, to take in its complexity, its humanity. That’s the whole point. The Nazis did monstrous things, but these were no monsters. They were humans — and that is what makes it so frightening.

Luke Holland’s ‘Final Account’ is unsettling. That’s why you need to watch it