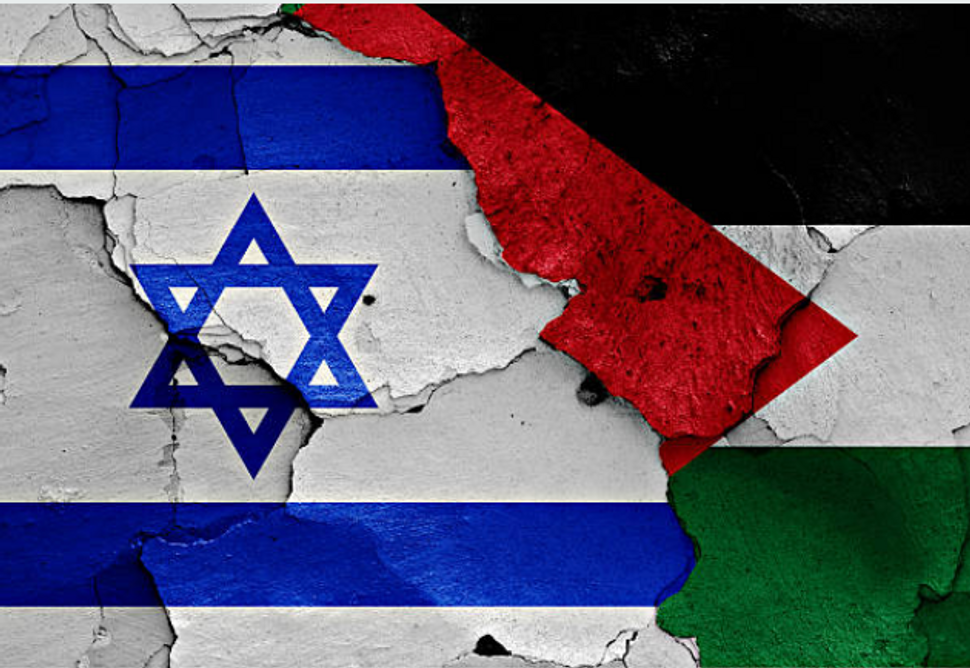 This week, my social media feeds were inundated with countless posts from my millennial, liberal-minded peers: infographics of colorful illustrations blatantly degrading the Jewish people. Shock-value footage of bloody bomb blasts, only showing the destruction for which Israel is responsible.

As I scrolled, I hoped that at least one post would be nuanced and empathetic to both sides. That one of my friends would have read about the complex history of the Middle East before posting. But when I saw posts from my “friends” saying that Israel shouldn’t exist, I deleted my Instagram account.

Here’s why: there are two sides to this conflict, and if my peers on either side can only see their own point of view, what’s the point?

These posts lacked understanding and context.

Everyone has a right to their opinion, but those rights come with the responsibility to be informed, to be curious about something other than the first thing you see or hear, to think for yourself and not just re-tweet or re-post someone else’s rant.

Here are the two truths I see:

Palestine. A few years ago, I visited the Dheisheh Refugee Camp in the West Bank, just southwest of the city of Bethlehem. The summer sun hotboxed the open room in which I sat, shoulder to shoulder with Palestinian kids, most of whom were around my age. A bug got caught in one of the plastic fans circulating the humid air. I joked with the boy to my right. He was much younger than me and allergic to mosquito bites, too. Both our legs were covered in hard, red bumps. Though he was aware I didn’t speak Arabic or Hebrew fluently, this didn’t bother him. In fact, he didn’t act like our language difference was a barrier at all.

The volunteer coordinator began the conversation, opening the circle for us to listen to the experiences, sufferings, dreams, and stories of their Palestinian lives under occupation. When his turn came, the boy to my right angled himself towards me and spoke. In quiet, perfect English, “I don’t know why we’re fighting. I have to be mad because everyone else is.”

He told me he was born in Dheisheh, that his parents and their parents were removed from their homes by Israeli forces during the 1948 Arab-Israeli war. He pointed to the floor beneath our feet to explain the conflict.

“I guess it’s because this is my soil,” he said.

I asked him if he thought the soil could ever be shared. He started to shake his head then looked away meditatively. He shrugged. “Maybe.”

Israel. I don’t claim to know everything there is to know about the contentious, complicated, ethno-political stage that is the Middle East. Yet, when I’ve walked down the street in Israel, I’ve seen refugees from Eritrea, Vietnam, Turkey, Russia, France, Iran, Syria, India, Yemen, Iraq, Pakistan – many of whom are not Jews.

So posting that Israel shouldn’t exist not only erases Israeli Jews and American Jews like me who see Israel as a homeland and a refuge, but erases all of these people, including Arab Israelis, who have made Israel their home.

I pray that a two-state solution will come peacefully one day, where Palestine has its own sovereignty. Until then, I will keep my social media to a minimum, because the hate, misinformation, and intolerance I find among my peers is toxic.

Though re-posting an inflammatory graphic might be tempting, I challenge you, friends, to wait. Education must come before reaction. Help build the bridge, don’t tear it down.

Arlo Gordon is based in Los Angeles and works in the television industry.

Correction: The original version of this article incorrectly implied that Israeli forces expelled Palestinians from their homes in Hebron during the 1948 Arab-Israeli war. In fact, Palestinians fled Jewish forces in villages to the west of Hebron, though not in Hebron itself.