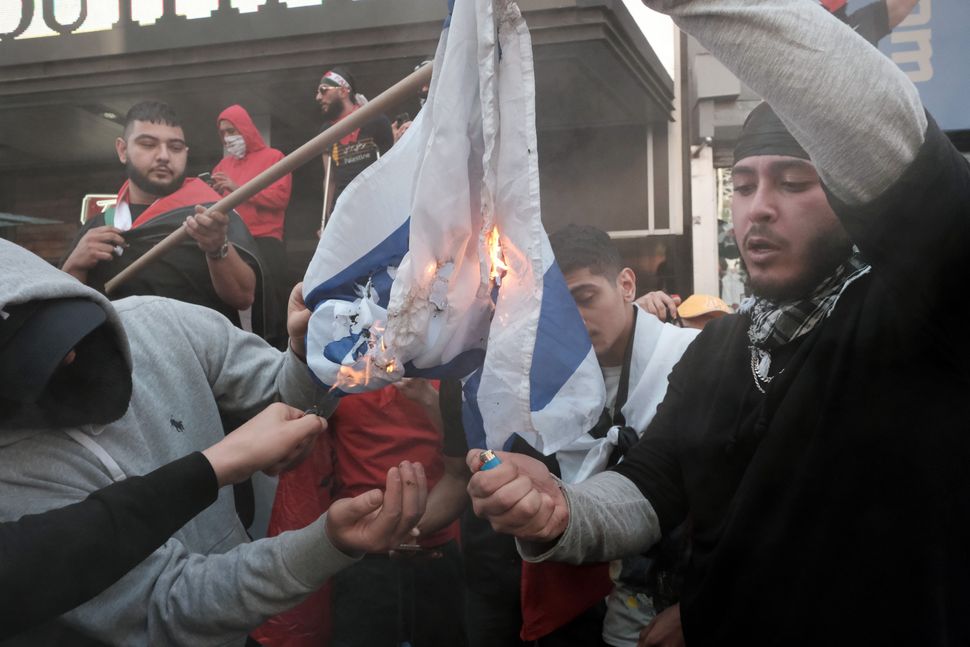 Last week, with deep regret, I resigned from my union— the Professional Staff Congress of the City University of New York (PSC-CUNY) — due to its antisemitism.

I joined the union when I became a professor of Jewish studies at Hunter College in 2018. I was extremely proud to do so, as union organizing was in my blood. My great-grandfather, Baruch Vladeck, was a Bundist activist who escaped Russia. He became a socialist alderman in New York, was a manager of this publication — the Forward — and in 1934 he helped found the Jewish Labor Committee whose focus was to organize Jewish workers and to combat the rising tide of antisemitism in Europe.

My road to resignation began June 10 with PSC-CUNY’s “Resolution in support of the Palestinian People,” which called Israel a “settler colonial state” that was massacring Palestinians. The resolution did not mention Jewish casualties of the conflict at all and did not mention Hamas whose charter contains the chilling injunction to wipe out all Jews from the Middle East. The union resolution ended with a call for exploring an explicit endorsement of the BDS movement.

Growing up in a socialist minded Jewish family, I had not thought much about Israel. Yet, while a graduate student I was selected to spend a year on a Fulbright fellowship, studying in the Hebrew department of Tel Aviv University. It was a time when suicide bombings were rife. Though I had various political objections to some aspects of Zionism and Israel’s conduct, I found the debate at the university invigorating; everything seemed open for discussion amongst the graduate students and faculty, which included both Israeli Arabs and Jews.

I’ve brought this spirit of debate to my classroom. Last semester, my students and I discussed Colum McCann’s novel “Apeirogon” about the pain that both Israeli and Palestinian families have faced due to the conflict. My class was made up of a diverse range of students, only some of whom were Jewish. While reading the book, the latest conflict between Hamas and Israel began. My students were dismayed at the level of hatred, vitriol, and antisemitism on social media about the situation in Israel. My non-Jewish students were as disturbed by it as were my Jewish students. All students were welcome to debate and air their views.

But of course we don’t live in an ivory tower, antisemitic attacks have been on the rise in America in the last few years, not just massacres at synagogues but attacks on Jews in subways and schools, desecrations of Jewish cemeteries and institutions. As I read my union’s resolution about Israel, I felt as if I have been kicked in the gut. To call Israel a “settler colonial State” is simply not true, there have been thriving continuous Jewish towns and villages in the territory of what is now Israel for thousands of years. If you discount these Jews, you are pedaling an antisemitic trope.

Furthermore, I wondered, why was this resolution focused only on Israel? There are many war zones in the world, many regions are being occupied by foreign powers. The Middle East is replete with zones of occupation. There are many countries occupying disputed regions where dissent is being stifled, but my union would rightly be lambasted if we tried to prevent students and faculty from those countries from coming to CUNY.

It seems to me that the American country club antisemitism of the 1950s and 1960s has found its new expression in BDS. You can tell yourself that you’re not actually a racist, you just don’t like the only country in the world where Jews are in a majority.

Following the union’s antisemitic resolution, I received multiple calls from distraught Hunter faculty and staff. Are we allowed to go to class? Will we be thrown out of lectures next semester for having traveled to Israel or for being Jewish?

A few days after I sent in my resignation request, I received a phone call from one of the leaders of the union asking me not to give up on them. When I explained the hurtful impact their statement, the representative, a woman who must have thought antisemitism was something from the history books, explained to me that I was “overstating the case.” I realized then and there that the union couldn’t care less about this or the rising antisemitism on campus.

I understood I had no choice but to dissociate myself completely from these peddlers in racist tropes and ideology.

This has all been profoundly upsetting, not just because I love my Hunter students and faculty but because it is also so personal. My great-grandfather Baruch Vladeck believed that in the United States the labor movement was a force of good. He believed that all workers were united in their desire to fight hatred, intolerance and antisemitism. He would have been stunned to discover that this branch of the worker’s movement was being used to push an agenda that was making my Jewish faculty and students feel unwelcome, hated and afraid.

And for this reason, with a truly broken heart, I have left the union.

Leah Garrett is a professor at the City University of New York.

Leah Garrett is the director of Jewish Studies at Hunter College, CUNY. She has published five books, including “X Troop: The Secret Jewish Commandos of World War Two,” and won numerous literary prizes. She is currently working on a new project about the Jewish mob in the United States and England.