I’m a Jewish teenager who takes medication to treat my mental disorders. Why do I face a stigma? 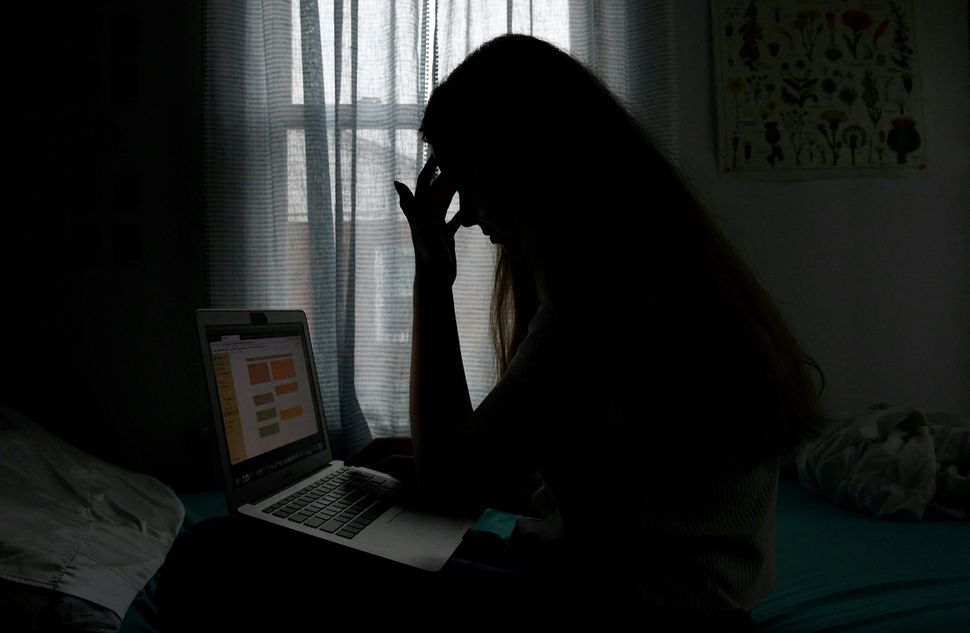 This article was adapted from a piece originally published in jGirls Magazine.

It’s simple: When you have a fever, you take a Tylenol; when you get an ear infection, you take Amoxicillin. When you get sick, your doctor gives you a prescription, and you take it. We don’t assign the action moral value. Have you ever heard anyone tell someone with a broken bone not to wear a cast? Of course not. It would be absurd to disparage a medical intervention that keeps people healthy.

But our society does stigmatize some medications: drugs that not only keep people healthy, but help them stay alive. I am referring to medication for mental disorders.

I’m an eighteen-year-old who takes medication to help regulate my brain. Getting to a place where I can confidently say this was difficult. In the past, the idea of taking medicine to improve my mental health terrified me. I thought I shouldn’t need drugs; that using them meant I was “too much.” I now know that for people who need them — and when used in conjunction with other methods for treating mental disorders, like therapy — medication is a vital component of treatment. I believe we need to develop a more compassionate vocabulary for discussing medicating mental disorders and illnesses, especially for young people, who can be particularly impressionable to the culture they live in.

I’ve always been aware that my brain worked a bit differently than my friends’. As a child, I couldn’t sit in a chair for more than 30 seconds; I couldn’t look anyone in the eyes; I made weird noises uncontrollably, and I couldn’t tolerate wearing denim. My parents understood my challenges, but I always did well academically, so we felt I was okay.

Until I wasn’t. In fifth grade, when my symptoms worsened, my parents decided to have me evaluated. The evaluator acknowledged there might be something “off,” but claimed that since I got good grades, I was fine. I would make an excellent graduate student, she said, as long as my parents helped “get her there.”

When my teacher heard I was getting tested, all she said was that I couldn’t possibly go on medication. It would “ruin” my brain.

So that was the end of that. No support, no medication.

As I entered high school, my mental health declined. At camp that summer, I had multiple panic attacks. I could no longer handle everyday life, and ended up going home early. 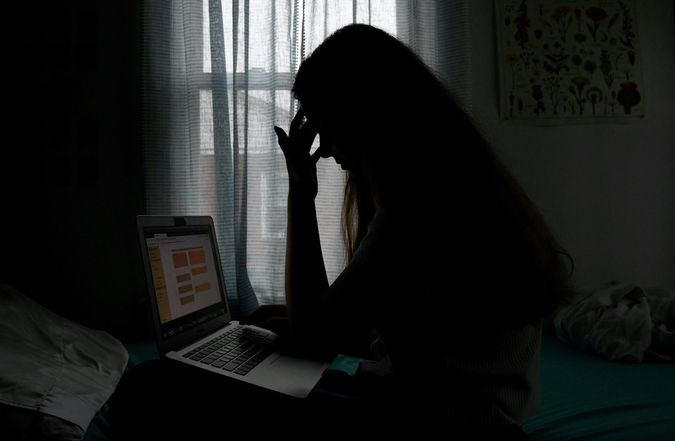 My parents took me in to see a therapist. She said my case was too complex for her to handle and referred me to Massachusetts General Hospital. I was terrified. Why was I too much? Was I crazy? This was someone trained to deal with this stuff; why couldn’t she handle me?

A psychologist at MGH decided that I should try intensive Exposure Response Prevention. I was excited to get therapy to help me, and was relieved that I did not require medication. Given the way I had heard people I trusted speak about medication, I was terrified that taking drugs to treat my mental illnesses would signify something terrible was wrong with me.

ERP therapy was one of the hardest things I’ve ever done. I was exposed to the obsessions that caused me to panic and was not allowed to do the compulsions that soothed me. After a year of this, my therapist decided that therapy alone would not help me. I was, again, too much for my medical team to handle.

After a childhood and adolescence spent struggling through various treatment attempts, in tenth grade, I was finally put on medication for my mental health.

I was ashamed. My whole life, I thought that therapy was a helpful way for people to cope with mental health issues, but that medication was only for people who were too broken to fix otherwise. And now I had a daily reminder that I was too sick to function without medication. I didn’t want to need store-bought serotonin; I wanted my brain to just produce it.

Initially, taking the medication felt bad. But after a few days, I noticed my anxiety begin to fade. The drugs were actually helping. I could focus on one task. I was able to take notes in class without rewriting them at home, something that I had not been able to do for years. I began to love taking notes. By the time my doctor added in a second medication, I was no longer ashamed to try it. I took it confidently. It was amazing, like putting on glasses for the first time. I was now happy to take the medications that helped me get control of my life.

My experience has not been perfect. We have not worked out all the kinks, and we are still looking at new medications, but I am no longer ashamed to take them. I know now that taking my medication for my mental health is just like taking medicine for a headache.

I love everything that makes me who I am. I am proud to be an autistic, gay theater nerd. I love my incredible, anxious mind that needs some medication to help it function. I can only hope that others who have struggled as I have — and especially other young people — can feel the way I feel, too, without going through what I did to get here.

Sydney Raby is a member of the class of 2022 at Gann Academy, a Jewish high school in Waltham, Massachusetts. Her interests include theater, STEM, and rollerskating. Sydney is president of her school’s Drama Club, GSA, and Girls Who Code chapter, and a member of three vocal ensembles. Within her synagogue, she leads weekly toddler Shabbat services.

I’m a Jewish teenager who takes medication to treat my mental disorders. Why do I face a stigma?