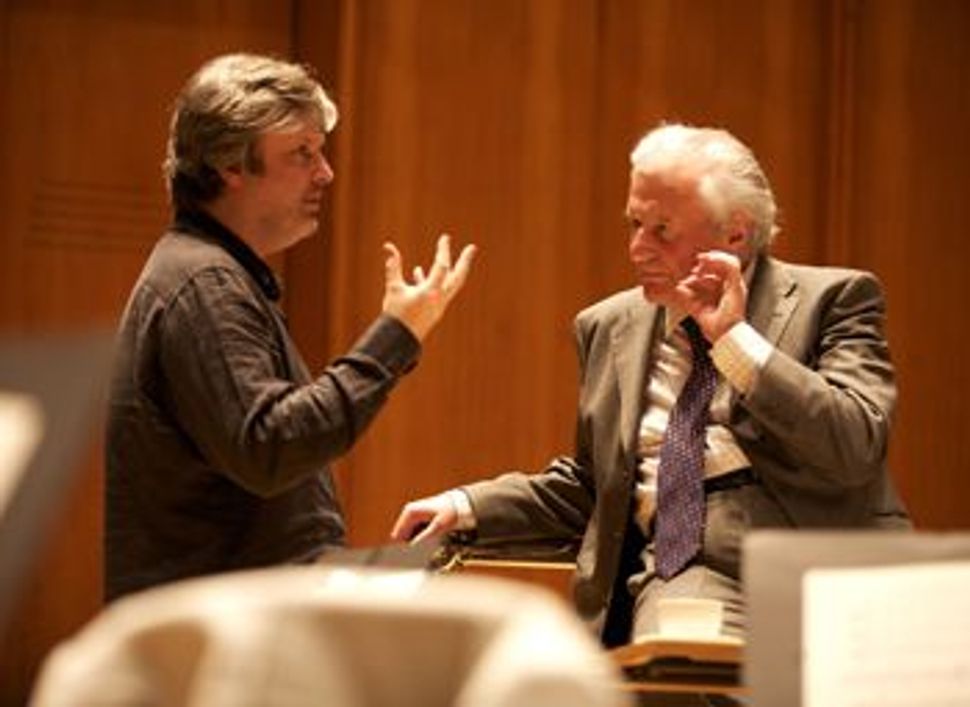 In 1965, the Second Vatican Council decreed that the death of Jesus “cannot be blamed upon all the Jews then living, without distinction, nor upon the Jews of today.” You wouldn’t think the decree had done any such thing after listening to a new “St. John Passion,” by Scottish-Catholic composer James MacMillan. The composition premiered last April in London and will be released this month on LSO Live CDs.

MacMillan’s “St. John Passion” is full of hatred, the classical equivalent of Mel Gibson’s “Passion of the Christ.” Portraying a furious, accusatory Jesus, a kind of Harold Pinter-style savior, MacMillan’s “Passion” becomes a mere fit of temper, instead of the healing, transcendent work that many composers, from baroque master Heinrich Schütz to Arvo Pärt, have been inspired to create from the same text. MacMillan’s powerfully percussive, high-decibel work is heavy on brass and tympani, with melodies that are limited to the point of indigence, in the manner of Carl Orff, skirting near-minimalism at times. Yet, MacMillan claims in a program note that his aim was to produce a “sparse and lean orchestral texture… so there is limited percussion.” 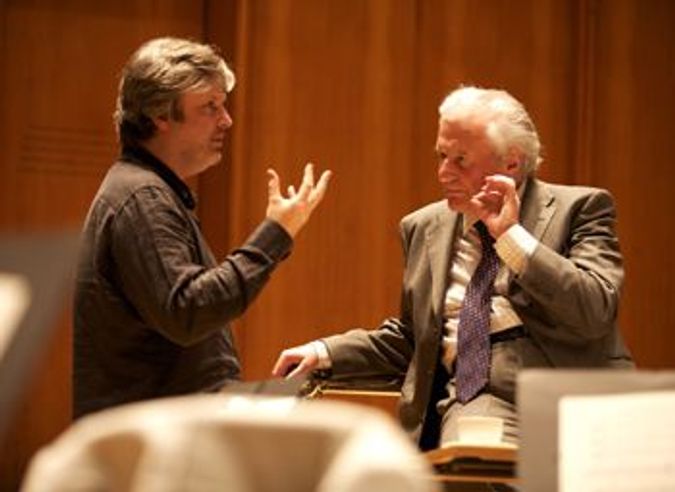 MacMillan’s is stubbornly depressing music, with odd trills seemingly meant to create a Middle Eastern effect, as in the film score of “The Ten Commandments.” Melodic quotations from Aaron Copland’s “Fanfare for the Common Man,” “Sweeney Todd” and “Tristan und Isolde” add further confusion to the seething aural stew. What was MacMillan thinking?

Born in 1959 to a family of working-class Irish Catholic immigrants to southwest Scotland, MacMillan is one of Europe’s most prolific composers. As a former adherent of liberation theology, a form of Christian socialism that avoids hectoring and assigning blame, preferring to focus instead on human dignity and communitarianism, MacMillan has created theater works that blend political agitation and religion. His “Búsqueda”(“Search,” 1988), set to texts from the Latin Mass and to poems by the human rights group Mothers of the Plaza de Mayo, paid tribute to a group of Argentine women whose children vanished during the 1970s military dictatorship. These women are also feted in songs by Sting and the group U2.

MacMillan has long since abandoned liberation theology — he calls himself a “lapsed Lefty” — and his more recent fluent, effective choral works can be invigoratingly melodic, such as his “Tenebrae Responsories” (2006), and “Strathclyde Motets” (2005-07), both available from Linn Records. At other times, funereal limpness invades his work, and cantankerousness overtakes the spiritual message. MacMillan’s “Cello Concerto” (1996), with a second movement labeled “The Reproaches,” evokes the crucifixion with loud metallic banging for the “sound of nails being driven into the human flesh,” according to the BIS CD liner notes. MacMillan is inspired by the “Good Friday Reproaches” (“Improperia” in the Latin), a text in which Jesus, according to The Catholic Encyclopaedia, speaks “against the Jews” for having “inflicted on Him the ignominies of the Passion and a cruel death.” According to a liturgical authority quoted by the National Catholic Reporter, there is a “really strong potential to read [the Reproaches] as being anti-Semitic.” Another opines, “I would strongly caution against using them without proper reflection or catechesis in advance.” Yet, MacMillan has done exactly this in his new “St. John Passion.”

The Gospel of St. John itself is a troubling text, unique among the Gospels in blaming the Jews for the death of Jesus, a stance that early Christians, themselves Jews, rarely adopted. Bach’s “St. John Passion,” which, in sound, contains a devastating portrait of crowds of murderous Jews, is widely perceived as escaping charges of antisemitism from listeners today, since a composer of supreme authority and accomplishment wrote it in the context of 18th-century Lutheranism. Bach, after all, enjoys a quasi-divine status, which my friend, Romanian-French aphorist E.M. Cioran, expressed sardonically: “If someone owes everything to Bach, it’s God. Without Bach, God would just be a third-rate character.”

What’s okay for Bach, however, is not okay for MacMillan. Far from putting the antisemitic potential of the Gospel of St. John into mitigating historical context, MacMillan underlines it by adding the “Good Friday Reproaches,” in which Jesus complains: “My people, what have I done to you? How have I offended you? Answer me!” The reproaches are not, by any means, essential for a viable “St. John Passion” in our time. The Gospel of St. John can inspire fine contemporary music, like Sofia Gubaidulina’s “St. John Passion” (2000), which achieves dramatic, even operatic, thrust and verve and does not mention the “Good Friday Reproaches.”

MacMillan’s “St. John Passion” imports historical prejudices to music lovers, whether they are believers or doubters. Hugh S. Pyper, a British theologian, commented recently that MacMillan’s work is “designed for the secular setting of the concert hall. As such, it sets itself within and against both a musical and a theological tradition of Passion settings. It asks to be judged by the musical and aesthetic standards of a contemporary concert audience, not as a liturgical work, yet has a clear theological agenda.”

This agenda is fueled by MacMillan’s oft-stated claims of victimhood as a Scottish Catholic. At the 1999 Edinburgh Festival, he made headlines by stating that Scotland is rife with anti-Catholic bigotry, calling anti-Catholicism the “antisemitism of liberal intellectuals.” Last October, MacMillan was on the warpath again in the media, attacking those of the “liberal élite” for their “ignorance-fueled hostility to religion.” In 2005, when the crass, opportunistic John Adams opera “The Death of Klinghoffer” was staged in Edinburgh with faux “terrorists” hidden among the audience to surprise operagoers, MacMillan pooh-poohed criticisms of this directorial concept and of the rightly despised work itself. He told the newspaper Scotland on Sunday that “The Death of Klinghoffer” has been “dogged with controversy, but this is mainly from commentators in the U.S.” He added, “To in any way inhibit the production because of political grievances would be culturally immature.”

Some may find it culturally immature to produce such an ugly, divisive work to mark the 80th birthday of Colin Davis, a humanist who cherishes the writings of Friedrich Schiller and Hermann Broch, and who conducts this work as expertly as he did on previous remarkable LSO Live CDs of music by Verdi, Berlioz, Handel and others. Although MacMillan’s reviews were mixed, The Catholic Herald lauded his “refreshing Catholic truculence.” In a world where all too much truculence is seen on the TV news each night, sublime transcendence would have been welcome instead, from any “Passion” composer. Nonetheless the work has already begun its march around the world, with an American premiere with the Boston Symphony Orchestra scheduled for the 2009/10 season. A new piano concerto by MacMillan will be premiered during the 2010/11 season by the Minnesota Orchestra, this time without, one hopes, any interpolation of the “Good Friday Reproaches.”