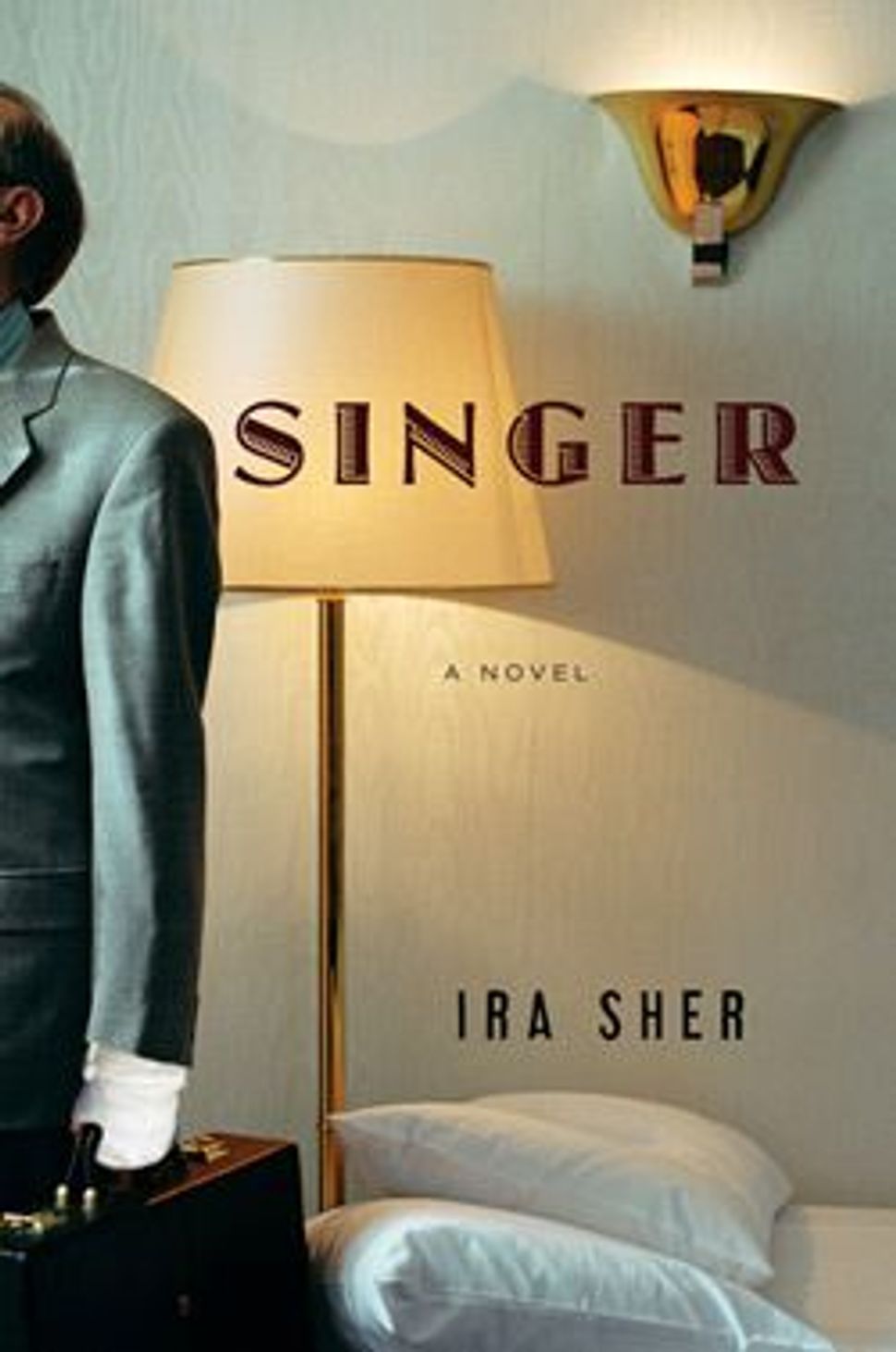 If the charge of fiction is to tell a story that reveals the mysteries of human behavior, Ira Sher is writing for all the right reasons. His second novel, “Singer,” is a book damp with the sadness and confusion of middle-aged men waking up to the muddle they’ve made of their lives. 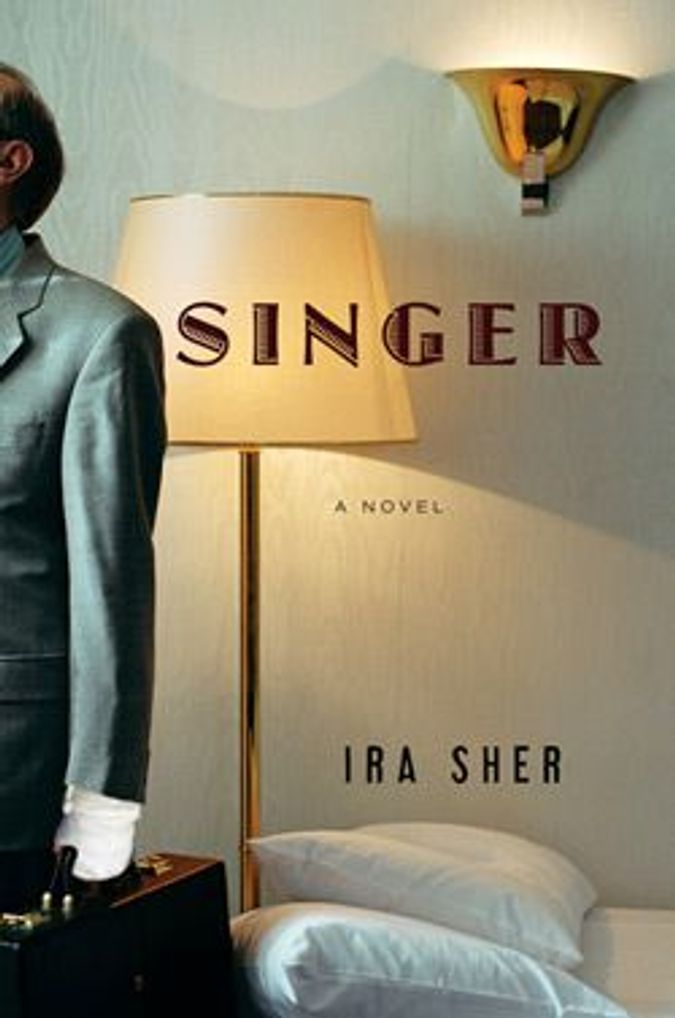 In lieu of any conventional plot, Sher tracks the wanderings of a New Jersey art gallery owner named Milton Merger and his long-lost college friend, Charles Trembleman, through the muggy landscape of a dying South. It’s the early 1980s. The technological revolution that will transform our way of life hasn’t quite arrived, but the tremors of change are already rattling the old industrial order of things. Charles, once a promising painter, has bottomed out into the peripatetic rhythms of a traveling salesman, hustling for the Singer Sewing Company. Milton, recently separated from his wife and not handling it too well, has come down to escape the rubble of his marriage and to drive Charles — whose hands have been burned in a fire — from showroom to shopping mall to showroom. And so off they wend across the highways and tumbledown motels of Tennessee, Alabama, Georgia. The story is packed with events: Multiple motels are burned to the ground; a femme fatale named Jane shows up periodically, taunting and teasing and flummoxing the men; a plaster deer — an ornamental lawn figurine — is blasted to smithereens; a small child is run over and left for dead on the side of the road. But though these events stir the action, they don’t have much appreciable consequence. What propels Milton and Charles forward, primarily, is the simple need to move, to outrun the complications and failures in their lives.

There’s a good book buried in the pages of “Singer,” a serious one about the essential driftlessness of male experience and the self-conscious moral vacuity this inspires, about what happens to us when the lies we hide behind are shattered and we’re plunged into the nothingness beyond them. It’s full of worthy ideas and observations — the way we idealize figures from our past, transforming them into impossible heroes only marginally related to the real people who inspired them; the way we gravitate toward nostalgia when our present realities grow too confusing; the way people respond, often very badly, to historical changes outside their control. These notions and more are woven through the story.

Unfortunately, the virtues of Sher’s narrative are difficult to reach. Straining for eloquence, he fills his sentences with so much connective tissue, so many unnecessary stage directions and mannered linking phrases —“in facts” and “of courses” and “stills” and “howevers” — and reiterations of the place and context of the action being described that their sense often disappears. He also has a tendency to place the rhythmic and semantic emphasis of his sentences in odd spots that have no relevance to the central meaning he’s after. It’s as though his anxiety to show he can write has stomped all over the writing itself.

Here are a few examples:

“I gazed upon an artist’s rendering, the cursive nominative dancing like fire upon a roof that now existed nowhere else, I thought, reaching for the phone.”

“We’d been arguing — or I’d been arguing with an imaginary representative of the museum — about the small but significant differences between the pamphlet and the plaque affixed to the fence until Harvey readjusted the plastic harness on the vinyl cowboy hat he’d picked up at a gas station, pulled for emphasis against the lock adorning the gate, and then, together with Caroline, wandered back down the grassy slope of futility.”

Reading this prose is like trying to claw your way out of quicksand: The more you struggle, the deeper you sink. The author’s strain to pack every word with meaning sends the balance of the sentence off-kilter, and the reader can’t be sure of what’s truly important and what’s merely poetic posturing.

I wish this weren’t so. Just as I wish I could find a thematic or narrative justification for the numerous conversations in which Milton and Charles engage — with each other and with the people they meet in their travels — about the life and times of Isaac Singer, founder of the Singer Sewing Company and inspiration for the novel’s title. Each time his name comes up (and it comes up frequently), all action in the book stops and the reader is presented with another dose of trivia about the man. With his multiple, often simultaneous marriages, his endless phobias and his phenomenal success in business, Singer was clearly a colorful man worthy of biographical study. But except for the coincidence of having once owned the company by which Charles is employed, he has no relevance to the story Sher is telling. All one can do is wonder why Milton and Charles are so obsessed with him. This, too, gets in the way of the focus of the book.

I have a strong sense that underneath all these layers of obfuscation, Ira Sher has a lot to say about what it feels like to live through these turbulent times. I hope that with his next book, he finds a form and style that allow his insight into contemporary experience to be heard.