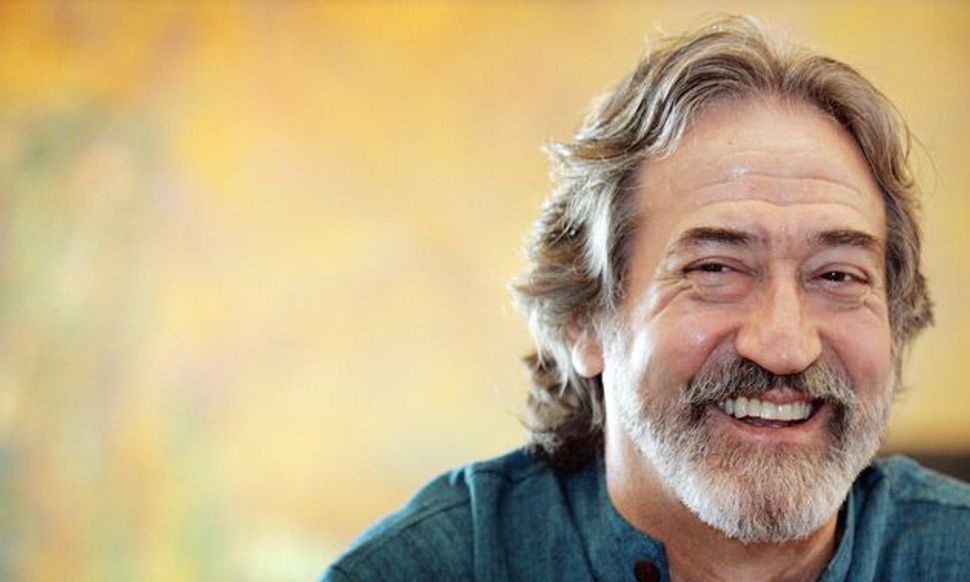 “For centuries it survived. It survived without composers, even without printed parts or institutions. It survived because it was important and was transmitted from one generation to another,” Jordi Savall said after he and his ensemble had just proved the point by playing an ancient Sephardic lullaby in a series of guises: Moroccan, Greek, Turkish and then all at the same time. “We play the Greek version in Turkey, the Turkish version in Greece, and each says, ‘No, that’s not the way it goes.’ They don’t realize it is the same Ladino song, and they forget that music is the common language we all speak. This music is very close to us, in Spain. Many of us have Jewish relations, and for us this music is very familiar. And we have been performing this music for 30 years now.”

Lincoln Center’s Alice Tully Hall had been closed for the past several years, undergoing a major renovation. The choice of first sounds to be heard in its gala opening program, held on the evening of February 22, was a startlingly inward one, a solo on an early 15th-century Afghanistanian rebab, which is a kind of viol. (No, “viol” is not a misprint. Viols were a popular family of instruments in ancient times. For the past 400 years, the more brilliant but less intimately expressive violin family has supplanted the viol.) Savall and his innovative early-music ensemble, Hespèrion XXI, perform the music, which is from the CD “Diaspora Sefardi.” This is the stuff of medieval castles; kings, knights and maids, and eternal questions of life, such as a mother advising, “Better a wretched husband than a young lover true,” and the daughter responding, “A young lover true, Mother, is apples and fresh lemon.” Intimate, and as beguiling as a dream, the spell these musicians weave with this music was wondrous proof that Alice Tully Hall now has acoustics amazingly supportive of, and sufficiently focused for, even such delicate, thoughtful music. No amplification needed, or missed. What had been a good concert hall before has now become a great one.

Savall has more or less single-handedly resurrected the huge repertoire of viol music. (Viols are also called gamba [leg], because, unlike violins, they are meant to rest vertically on one’s leg. The sole survivor in modern times adapted to become the ’cello, which, in its full name, is called violoncello. That “o” in “violon” marks a world of difference.) One cannot work with a viol without being aware of THE instrument’s intimate historical connection with Jews. In fact, I wrote a piece for the Forward in 2006, describing the recent discovery of hitherto unsuspected hidden Jews as viol players in the Royal Court of England, under Henry VIII and Elizabeth I.

Together with his wife, Montserrat Figueras — who sings the poetry with consummate simplicity — and other equally superb musicians, Savall has worked to discover and resurrect the long-unheard repertoire of the distant past. He is now looking forward to another, even more ambitious Jewish-themed multicultural program to be performed next year, which has just been released on his own label, Alia Vox: a grand panoply of the history of Jerusalem in music — Jewish, Christian and Muslim.

The Jerusalem project music has just been released on two hybrid CDs with a beautifully illustrated book (in eight languages: Hebrew, Arabic, Castilian, Catalan, French, English, German and Italian), on the Alia Vox label, with funding from the foundation of Ariane de Rothschild. The title of the album, “Jerusalem, City of the Two Peaces: Peace in Heaven and Peace on Earth,” is said to have derived from the etymology of the name “Jerusalem.”

Since reliable music notation is a relatively recent invention, much of the music is, of necessity, imagined reconstruction using the best of the available sources. Savall has gathered many highly imaginative collaborators here, as he has in his many projects.

Savall first came to worldwide attention in the unlikely hit film “Tous les Matins du Monde” (“All the Mornings of the World”), performing the viol music of 17th-century composer Marin Marais. And he has continued on the path of resurrecting so much beautiful but forgotten music, always realized with immaculate, loving care. The high quality of Hespèrion XXI’s work has created a devoted following, which gratefully sells out seemingly every concert the ensemble presents. Among the dozens of recordings that Savall has released with his ensemble is the highly poetic “Diaspora Sefardi,” the music featured in the Alice Tully Hall gala program. Many of his other previous recordings also include ancient Sephardic Jewish music.

The new Jerusalem set opens with “Fanfare of Jericho, 1200 B.C.,” a fanciful imagining of the (probably apocryphal) shofar performance said to have brought down the house, so to speak. As the composer of a not entirely dissimilar shofar septet myself, in my 1985 “Ceremonial for the Equinox,” I admired Savall’s audacity in choosing this as his over-the-top opening gambit, even as I marveled at the cinematic technical quality of the recording. The “B.C.” in the title — rather than the more value-neutral “BCE” — is one small wrinkle that says something about the unintended biases of the project. Still, the shofar turns out to be a leitmotif binding together what is, at bottom, a wide-ranging survey. And the second CD ends with another leitmotif, “Final Fanfare: ‘Against the Barriers of the Spirit.’”

And what a fascinating survey lies in between these two fanfares. There are exquisite, surprising, beautifully realized vignettes of so many diverse visions: Psalms; songs in Ladino, Arabic, Greek and Hebrew; Sibylline Oracles; stories of Rabbi Akiba (accompanied by oud); medieval church chant; songs of crusaders (the notes carefully mention a few of the crusades’ shocking realities, including large-scale cannibalism); Sufi Sura; music of the Ottoman court, and even a choral work by Alphonso X the Wise.

Interspersed with and among the music are readings (in the original languages) of revelatory passages from the Talmud, the Quran, Gospels, papal proclamations, the story of Suleiman’s dream, etc. In the section of laments (“Jerusalem, a Land of Refuge and Exile,” 15th-20th centuries), there are performances from Sephardic tradition of Sarajevo, Palestine and Armenia, and — most movingly — the actual recorded voice of Shlomo Katz singing “El Mole Rakhamim” (“O God, Full of Compassion”) in 1950. According to Katz, he had asked to sing the prayer before being sent to the Auschwitz gas chamber in 1941, and his prayerful singing so impressed the guards that they allowed him to escape. The recording was made in memory of those who were not awarded the same privilege. Arranged in rough chronological order, the program concludes with a series of sequential musical pleas for peace.

The music is extremely disparate, as are the sources. but perhaps the point is not unity, it is the universality Jerusalem stands for in the aspirations of the cultures represented. This is a vivid and varied musical portrait of the most spiritual of cities.

One eagerly awaits hearing this rich, almost dreamlike tapestry of music performed live. After being seduced by the beauty of the Alice Tully Hall concert of his “Diaspora Sefardi,” I eagerly join Savall and his cohorts in voicing the wish for peace, and for next year in Jerusalem!

Raphael Mostel is a composer based in New York City. The first time that massed shofars were heard in Alice Tully Hall was in the finale of his 1994 composition “True No,” commissioned by WNYC Foundation for its 50th anniversary, and dedicated to the memory of Janusz Korczak and to the rights of children.