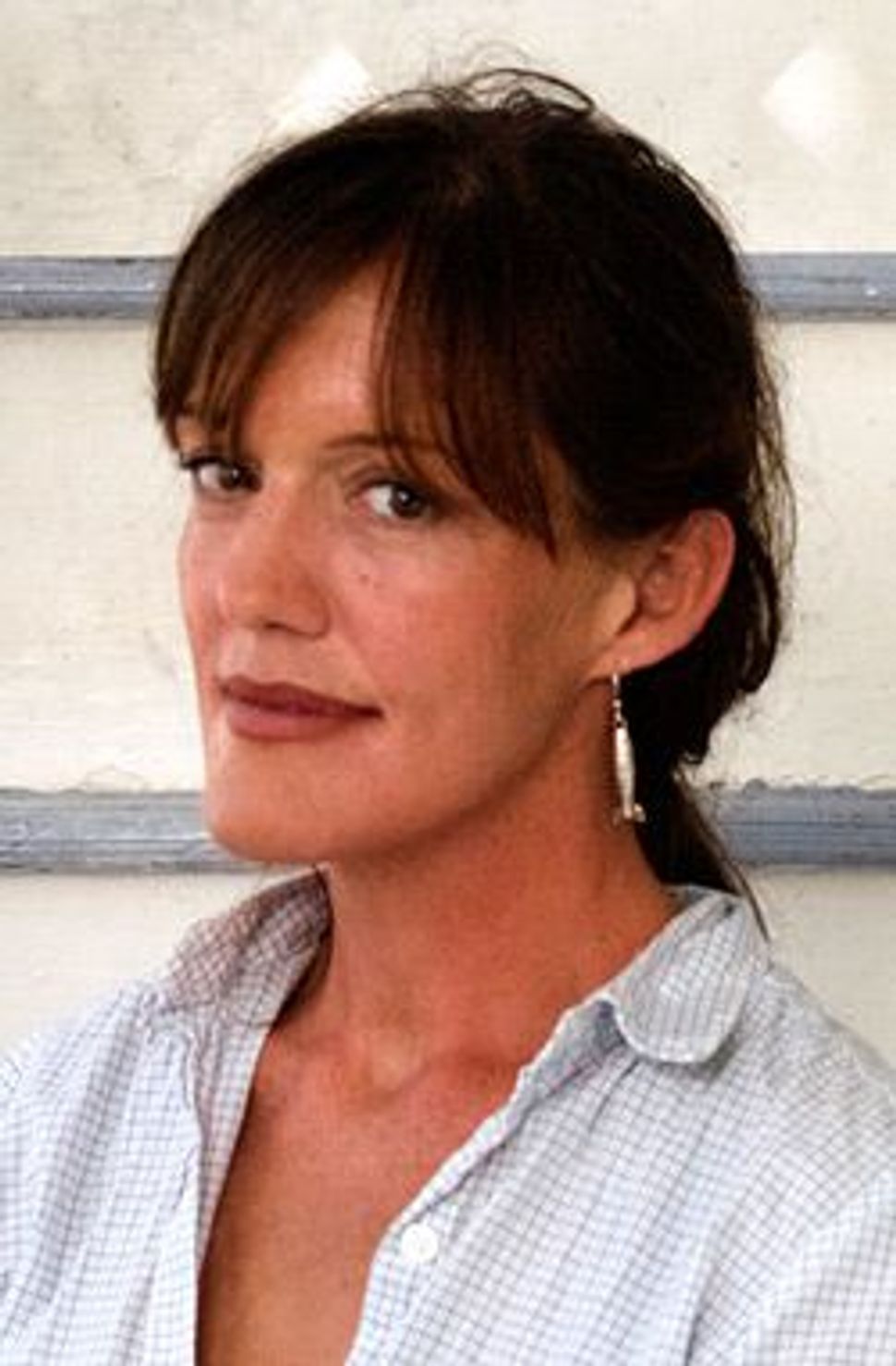 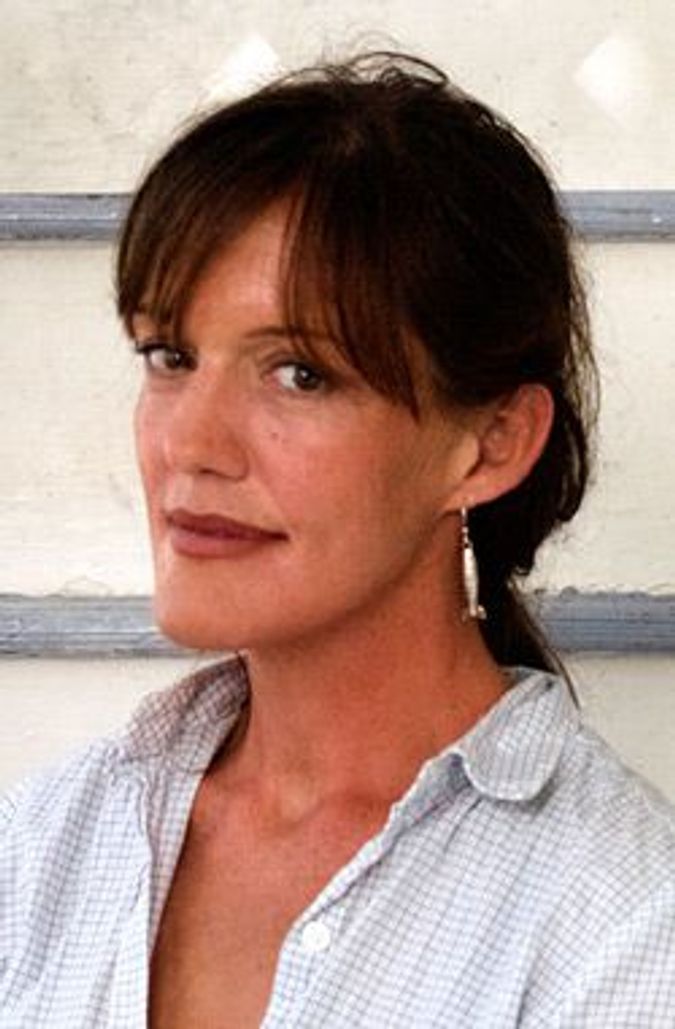 “I wanted to write about the complicated mental acrobatics that believers often have to perform to preserve their most cherished articles of faith,” Heller observed in the fall, when “The Believers” appeared in the United Kingdom, to generally rave reviews.

Heller’s subject is the fate of identity overturned by the stinging evidence of betrayal. Characterized by Heller’s acerbic, sharply observant, direct style, the novel explores how the once politically assured self, now reeling under the shock of disillusionment and the ruptures of history — the core action of “The Believers” takes place a year after 9/11 — struggles for balance during a time of crisis, when faith falters.

Heller’s achievement in “The Believers” is the invention of the Litvinoffs and their passionate belief in political and social causes, recognizable, perhaps, to longtime readers of the Forward.

They include the charismatic father, Joel, a William Kunstler-like figure fueled by an orbiting narcissism. As a celebrity lawyer, Heller wickedly observes, “Joel had learned to expect and to treasure hostile public attention.” His career “defending pariahs” was shaped by a youthful encounter with Paul Robeson at a Workmen’s Circle-like summer camp for children. Keeping faith with the tribe, Joel identifies with the first generation of Litvinoffs, the new world émigrés who rejected religion — above all Judaism — as a form of magical thinking.

The family Litvinoff’s truest believer is Joel’s British-born wife, Audrey, whom Joel whisks away from England in a prologue dated 1962, saving her from a sad provincial fate. When the novel jumps ahead, 40 years later, to the family’s chaotic West Village universe, we meet an Audrey, now middle-aged, abrasive, tortured by unacknowledged resentments, constantly “rehearsing her outrage,” “imprisoned in the role of harridan,” venting her fury toward her daughters, and toward the world at large.

The Litvinoffs’ older daughter is Rosa, who in an early phase was committed to the dream of Castro’s Cuba, but her belief in a Marxist utopia is shaken after four years in Havana. Disillusioned by that experience, her political and psychic balance off kilter, she is now contemplating a turn to Orthodox Judaism, much to her mother’s outrage and bewilderment.

Karla, the younger, softer, less doctrinaire daughter, is a social worker with low self-esteem trapped in a loveless marriage. Her crisis involves the prospect of an affair with Khaled, an Egyptian shop owner who possesses an apolitical, nurturing soul.

Finally, there is the Litvinoffs’ adopted son, Lenny (“Joel had been very high on the idea of subverting traditional models of family life”), a drug addict struggling to get clean, and away from Audrey, his overpowering surrogate mother.

The drama of “The Believers” unfolds as the Litvinoffs lose their balance in the wake of Joel’s physical collapse in the Brooklyn criminal courthouse, as he prepares to defend, in the politically charged post-9/11 universe of 2002, the alleged terrorist Mohammed Hassani. In a coma throughout the novel, Joel’s once powerful but now stroke-ridden body forces his wife and children to re-consider their lives reeling under the pressure of emotional and political rupture.

Perhaps the most startling turn in Heller’s fluid, shifting series of snapshots of the family Litvinoff is Rosa’s own crisis of faith, her longing for a community she can truly believe in. Despite her instinctual skepticism — she is, after all, a Litvinoff by blood, “a third-generation atheist”— Rosa finds herself drawn, unaccountably, to the “slow, mournful prayer” of the Upper West Side congregation she visits. “She was filled,” Heller writes, without irony, “with a mysterious, euphoric sense of belonging.” “Each time she entered the synagogue, she vowed to remain detached and rational. And each time, her composure was conquered…. She was part of this. She had always been part of this.”

Rosa’s eventual embrace of Orthodox Judaism — her embrace, apparently, of a long-buried and now dislodged Jewish soul — stuns her mother, releasing Audrey’s bottomless reservoir of venom. “‘So, come on Rosa,’ Audrey said, poking her with a finger. ‘Why don’t you tell us what you learned at Jew class tonight?’”

Audrey’s snarky question betrays her own crisis of faith — the revelation of Joel’s infidelity with a middle-aged, black photographer and the reality of their mixed-race son. (Recall, again, Joel’s disdain for traditional families). As “The Believers” moves toward its psychologically subtle conclusions, Audrey, at first unhinged and, characteristically, in self-righteous denial by the shock of Joel’s secret family, discovers her undying faith in Joel.

Thinking back to their first encounter at a gathering of boring (and faintly antisemitic) young political types in London 40 years earlier, Audrey recalls Joel’s charisma, his rash marriage proposal after a single date (which she, rashly, accepted). She now realizes that his life, a life committed to social justice, saved her from a deadly provincial fate and gave her an identity, a way to be in the world. In the end, Audrey “returns” to the Litvinoff fold by acknowledging Joel’s “other” wife and mixed-race son at the celebrity-studded funeral at (where else?) the Cathedral of St. John the Divine.

But for me, the true faith-keepers in “The Believers” are Joel’s 90-year-old mother Hannah, the Litvinoff matriarch who sings her son to his final rest with the famous Yiddish lullaby “Rozhinkes mit Mandlen” (“Raisins and Almonds”), and Karla, who listens to this poignant farewell in her grandmother’s presence, with her, and with her father, in the hospital’s intensive care unit. “Goodbye, my sweet boy,” Hannah intones, “I’m done here.”

Exchanging one strict belief for another, Rosa sets off for Jerusalem, sounding like Audrey. “But Mom, if it’s the truth, it has to be right for me, doesn’t it? If you thought you’d found the truth about something, would you walk away from it just because it wasn’t the truth you particularly wanted or expected to find?”

Karla, though, chooses a riskier path to an imagined salvation. Filled, surprisingly, with a “reckless magnanimity,” Karla hurtles toward her lover, Khaled, taking the subway out to Williamsburg, where he is waiting. Heller writes, “She was plunged into the darkness of the tunnel once more.” In the end Karla seems the one Litvinoff who keeps faith with the legacy of the father, the charismatic defender of the faith who transformed her mother’s life 40 years ago, in a similar reckless act that saved a dying soul.