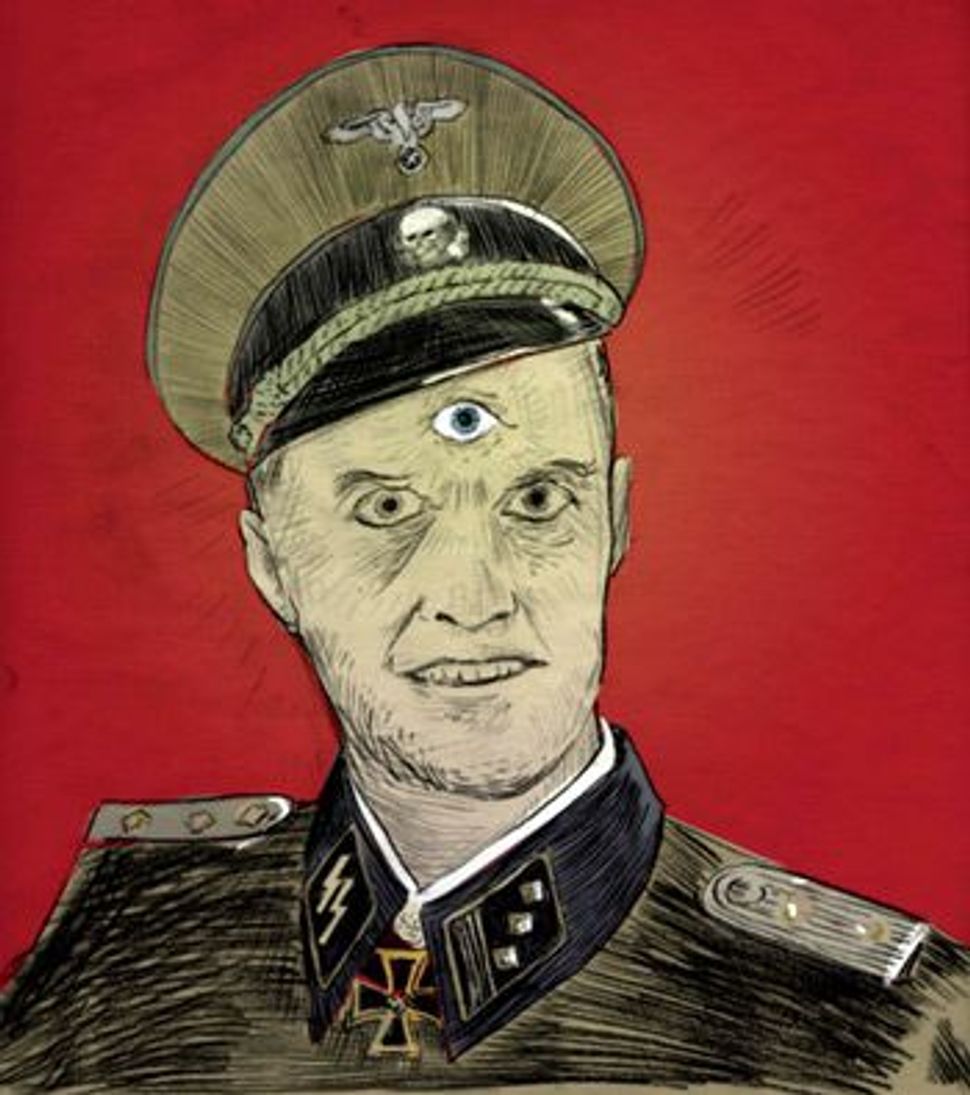 By Jonathan Littell, translated from the French by Charlotte Mandell

*‘But you should be able to admit to yourselves that you might also have done what I did….. If you were born in a country or at a time not only when nobody comes to kill your wife and your children, but also nobody comes to ask you to kill the wives and children of others, then render thanks to God and go in peace. But always keep this thought in mind: you might be luckier than I, but you’re not a better person…. There are psychopaths everywhere, all the time…. But the ordinary men that make up the State — especially in unstable times — now there’s the real danger. The real danger for mankind is me, is you.” * 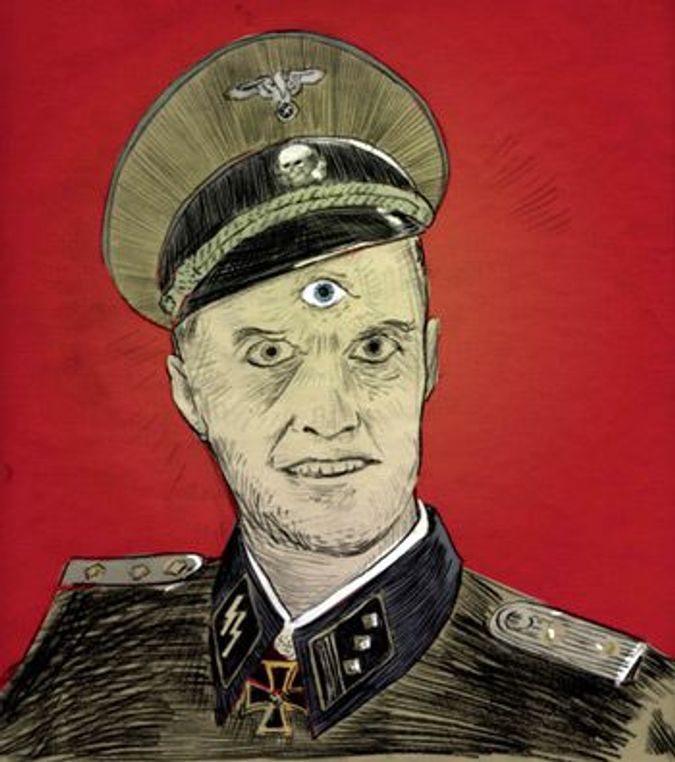 Max Aue, narrator of Littell’s new novel — translated from the book’s original French, in which it received the Goncourt award — is a former Nazi officer. His phrase “ordinary men” recalls the seminal 1993 book “Ordinary Men” by historian Christopher Browning. In it, Browning argued that men in the German police killed Jews not “because they were devils, but because they were humans,” motivated not necessarily by antisemitism, but by peer pressure and career concerns. (Browning writes in his preface, striking a similar chord to Aue: “The policemen in the battalion who carried out the massacres and deportations were human beings. I must recognize that in the same situation, I could have been either a killer or an evader….”)

Through fiction, Littell makes a point similar to Browning’s: that it is chance that makes one of us an agent of state-sponsored mass murder and leaves another innocent; he’s arguing against freeing mankind of responsibility by having the legal system declare only certain individuals guilty. Contrary to the message of recent Hollywood portrayals of the Holocaust, which cling to a childlike innocence so as to imbue themselves with hope, Littell is saying that there is no such thing as innocence, we are all guilty.

Indeed, “The Kindly Ones” stands out in stark contrast to other contemporary Holocaust novels in the lack of solace it offers for anyone. In contrast to the pat answers and redemptive endings of novels and Hollywood stories, Littell raises questions about the impossibility of finding any easy salvation for humanity after the Holocaust.

The book, written as a memoir of Aue, starts out in a purely documentary style. Aue excels at writing reports for his superiors, and in the first third of the book, Allemande I and II, he is an able observer not only of what he sees, but also of his reaction to it. In detached detail, he records his own emotional and physical responses to the horrors. He writes, “I was always observing myself: it was as if a film camera were fixed just above me, and I was at once this camera, the man it was filming, and the man who was then studying the film.”

This first section includes long passages describing how the different levels of the military functioned, the Aktions in which Jews were executed and Aue’s dialogue with real historical figures. These make the novel read as if it were a nonfiction account with graphic descriptions of Jews piled up alive in pits; of German police shooting Jews and the blood and brains splashing back onto them; of babies having their skulls bashed against walls; horrible yet true descriptions lacking in recent Holocaust fiction, probably because of an assumption, whether accurate or not, that contemporary readers have had enough of such portrayals. These detailed descriptions of how the extermination of Jews was systematically implemented on an institutional level seem a much-needed dose of reality when contrasted with the fairy-tale quality of recent Holocaust fiction.

Indeed, two recent popular novels, “The Boy in the Striped Pajamas” and “The Book Thief,” deliberately resemble children’s fables (“A Fable” is even the subtitle of “The Boy in the Striped Pajamas”). Both have non-Jewish child narrators, so the reader views the world from the narrators’ innocent perspective. The assumption implicit in these novels is that the reader already has a knowledge of the extent of Jewish suffering in the Holocaust: Enough has been told of the Jewish Holocaust experience, these books imply; it’s time for new stories to be told, stories of hope that Hollywood and book clubs thrive on. In contrast, Littell’s Aue is a jaded, highly educated man who does not shy away from vividly describing to the reader the atrocities he sees. Contemporary Holocaust literature also usually focuses only on private shames: “Those Who Save Us” portrays the shame of the narrator’s non-Jewish mother, who had to sleep with an SS officer to save herself; in “The Reader,” a former SS woman’s shame is not her complicity in the killing of Jews, but her illiteracy. In “The Boy in the Striped Pajamas,” the suffering of the non-Jewish son of a SS officer is given more weight than that of the Jewish boy in the concentration camp, and in “The Book Thief,” the emotional suffering of Liesel, the Catholic girl taken in by foster parents, is the heart of the novel. In both books, the plight of a single Jew is described, not the wholesale extermination of Jews or the mass scale of the atrocities committed against Jews.

In contrast, Littell makes clear that Jewish suffering is the central story of the Holocaust and that he is concerned not merely with Aue’s personal shame, but with humanity’s. In fact, we see that Aue’s experience, both real and meta-mythological, becomes a metaphor for Germany’s.

Yet as the novel progresses, we discover that Littell is not writing just a documentary-style novel; he has more ambitious, experimental goals for his fiction. Juxtaposed with well-researched realism are internal flights of fancy with feverish dream passages. By the fourth section, titled Sarabande, Aue wonders, recuperating in Berlin from a head wound received in Stalingrad: “What had that bullet done to my head? Had it irremediably blurred the world for me, or had it truly opened a third eye, the one that sees through the opacity of things?”

At this point in the novel, Aue starts slipping into unreliable narration. In the fourth chapter, he sees a vision of Hitler draped in a rabbi’s shawl and becomes concerned with envisioning some other reality beyond the physical. In this chapter, Aue comes upon the bloodied, murdered bodies of his mother and her husband. He doesn’t tell the reader he killed them, though he is accused of the crime, but right before he finds their bodies, he reflects that “the collective problem of the Germans was the same as my own; they too were struggling to extract themselves from a painful past, to wipe the slate clean so they’d be able to begin new things. That is how they arrived at the most radical solution of them all: murder, the painful horror of murder.”

These passages of dreams and of nightmarish realism (as opposed to the magical Holocaust realism of Jonathan Safran Foer) can seem disappointing after finding Littell’s documentary realism such a welcome relief from contemporary Holocaust fables and magical realism. How are we to trust Aue’s earlier reportage, given his unreliable narration? And what, the reader may also ask, is the purpose of this novel, if it is not a descriptive fictional account? Yet perhaps that putative “third eye,” which sees beyond reality to fantasy and illusion, does allow Littell to get at some higher truth.

A passage in the middle of the book becomes a synecdoche for the entire novel, a key that unlocks the purpose of the novel as a whole. As an undergraduate, Littell studied comparative literature at Yale, and he has his character Aue read essays by French critic Maurice Blanchot, whose subjects, like Littell’s, are literature and death. Aue reads “the one on Orestes first, which actually had more to do with Sartre… a play where he used the figure of the unfortunate matricide to develop his ideas on man’s freedom in crime; Blanchot judged it harshly, and I could only approve. But I was especially charmed by an article on Melville’s ‘Moby-Dick,’ where Blanchot speaks of this impossible book… this written equivalent of the universe, mysteriously, as a work that presents the ironic quality of an enigma and reveals itself only by the questions it raises.”

Littell aims to make his novel approach this very ideal — a written equivalent of the universe, *with the quality of an enigma*. He even tries to make his novel “impossible,” acknowledging, as Aue, late in this epic novel that surely the reader, like himself, is growing bored of Aue’s detailed recounting. Moreover, this passage suggests that the matricide subplot is a means to allow Littell to develop his ideas on man’s freedom in crime.

In the final analysis, the entire book is an exploration of crime and punishment: whether chance should be a determinative factor in judging morality. Littell alludes to Greek myth — Orestes murdering his mother to avenge his father’s death — in having Aue seemingly kill his mother and her husband to avenge his mother’s declaring his absent father dead. The “kindly ones” of the title are the female gods of Greek myth, who continually persecute Orestes for the murder of his mother.

Littell’s, then, is the anti-Hollywood approach to depicting the Holocaust. “The Kindly Ones” reads as the antithesis of “Schindler’s List,” where one good man makes a difference, and of Anne Frank’s declaration that “people are really good at heart”: This is a novel that argues there is no such thing as a good man; pure chance makes us either good or evil. After finding his mother’s dead body, Aue, who has a legal education, reflects on the Greek vs. Judeo-Christian notions of punishment. He writes:

“For the Greeks, it doesn’t matter whether Heracles kills his children in a fit of madness, or if Oedipus kills his father by accident: that changes nothing, it’s a crime, they are guilty; you can pity them, but you can’t absolve them — and that is true even if often their punishment is left to the gods, and not to men. From this perspective, the principle of the postwar trials, which tried men for their concrete actions, without taking chance into account, was just, but they went about it clumsily… the Germans could feel they had been relieved of this burden, and were hence innocent: since the person who wasn’t tried regarded the one who was as a victim of bad luck, he absolved him, and at the same time absolved himself….”

Aue is arguing against any easy legal absolution for himself or for Germany.

In the very last sentence, the novel ends with Aue escaping any punishment by the legal system and feeling as if only “The Kindly Ones were on to me.” In a sea of recent Holocaust novels and films offering stories of hope and salvation, “The Kindly Ones” is refreshing in the very lack of redemption it offers not only for its narrator, but also for humanity.

Laura Hodes is a writer and lawyer who lives in Chicago. She blogs at www.personalpolitic.blogspot.com.