Elders of Zion to Retire 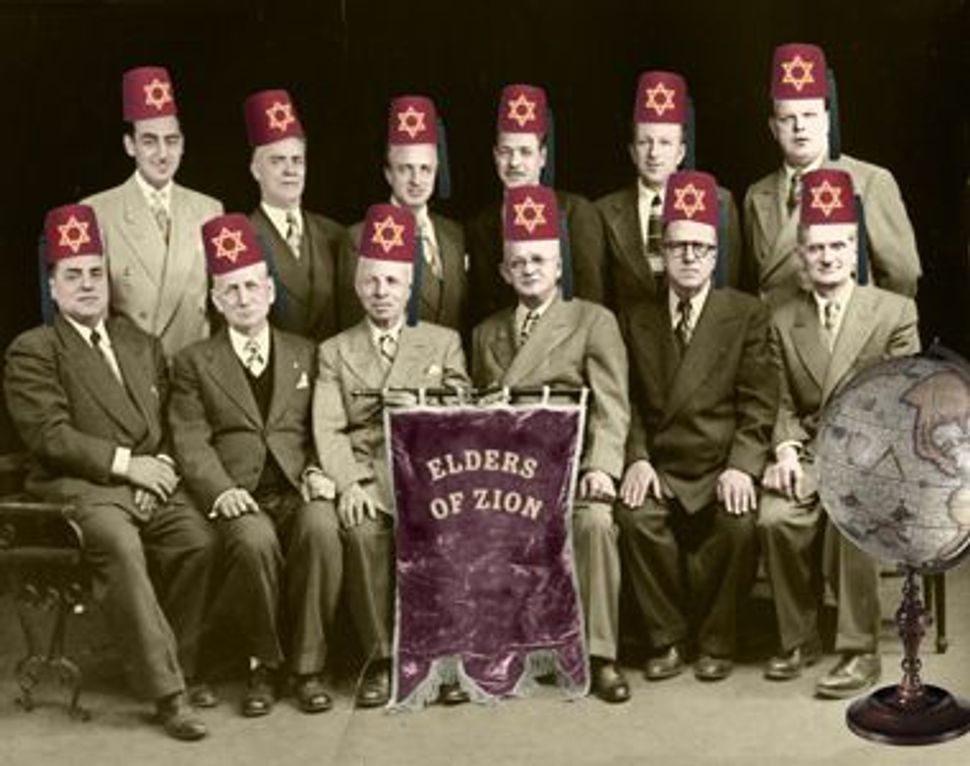 The Wild Bunch: The Elders of Zion, pictured here in younger, more rambunctious days, are hanging up their fezzes and heading south. Noted Morris (third from left), "The only thing I'm looking to dominate now is a Piña Colada." Image by BACKWARD ASSOCIATION

The Elders of Zion, the venerable and shadowy Jewish organization that controls the international banking industry, news media and Hollywood, has announced that it is disbanding so that members can retire to Florida and live out their golden years on the golf course.

“We had a good run,” said one senior Elder, reminiscing over old photographs of world leaders in his musty, wood-paneled office at an undisclosed location. “Maybe we ran the world for just a little too long. Anyway, now it’s Obama’s problem.”

After a humiliating year left most of its financial holdings, as well as the entire civilized world, on the verge of collapse, the organization has re-defined its mission in terms of bridge games and making it to restaurants for the Early Bird Special. 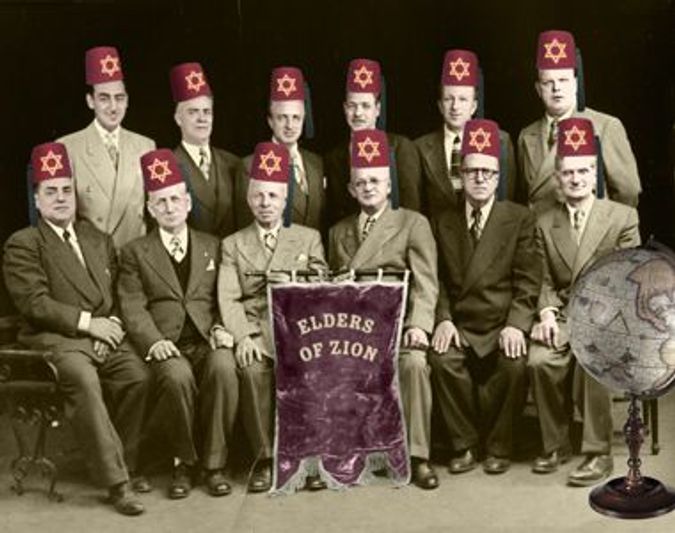 The announcement comes after a year in which many of the Elders’ most prized institutions suffered disheartening failures. The vaunted global banking system, which lay at the heart of Jewish world domination for almost two centuries, collapsed with astonishing rapidity, requiring trillions of dollars in bailout funds. The newspaper industry, through which the Elders have controlled world opinion, is in shambles, with prominent papers declaring bankruptcy and forcing millions of readers to form their own opinions. And, in the unkindest cut, Hollywood suffered the humiliation of losing the Oscar for Best Picture to Indian film “Slumdog Millionaire.”

The organization’s reputation for financial probity had also taken a hit amidst rumors of billions in losses in private Kalooki games against Sheikh Hamad bin ‘Isa of Bahrain. According to inside sources, the organization also lost close to $1 trillion with disgraced investor Bernard Madoff.

Even before this past year, though, the Elders were facing hard times as they struggled to stay relevant and attract young members. The organization has tried to project a more youthful image, setting up a Facebook page and founding a new “Hipsters of Zion” youth division, which has sponsored a number of singles nights. But youngsters haven’t been interested.

“World domination just doesn’t resonate with the younger generation of Jews,” said Marvin Tobman, a professor of non-profit management at San Diego State University and expert on Jewish communal life. “They want the fun of fixing the world, not the responsibility of running it.”

These recent troubles have worried even some of the Elders’ sharpest critics.

“I always used to complain that Jews ran the world,” said Reginald Weber, author of “Zionists and Zookeepers: The Unholy Alliance.” “But now I’m starting to worry that nobody’s in charge.”

Elders of Zion to Retire