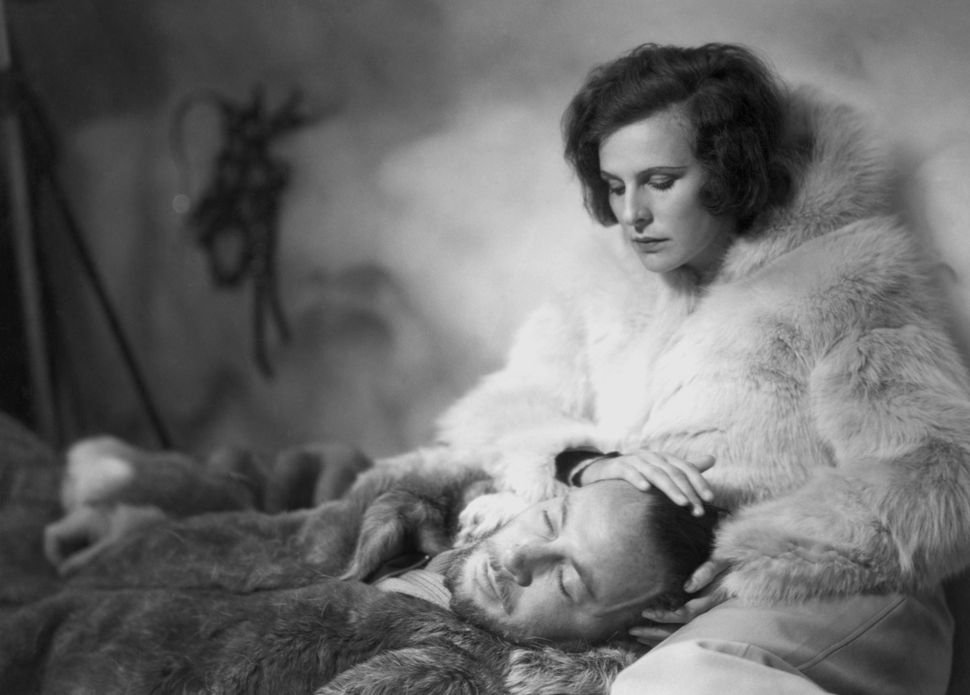 Leni: The Life and Work of Leni Riefenstahl
By Steven Bach
Alfred A. Knopf, 400 pages, $30.

Leni Riefenstahl’s 1987 autobiography begins with an epigraph borrowed from Albert Einstein: “So many things have been written about me, masses of insolent lies and inventions.” Apparently, the woman best known as “Hitler’s filmmaker” had no misgivings about quoting a Jew who had his citizenship stripped by the Nazis. Perhaps, then, it is unsurprising that in her 700-page memoir, Riefenstahl spins her own “insolent lies” — namely, that she was an apolitical artist who knew nothing of the Holocaust.

Far more surprising is that reputable critics, such as John Simon, were taken in by Riefenstahl’s fabrications. In a 1993 New York Times article, Simon brushed aside political considerations to characterize the world’s most famous female cineaste as a pure aesthete who never compromised “her artistic integrity.”

It is, of course, spurious formalism to defend Riefenstahl by separating politics from art since, as Steven Bach points out in “Leni: The Life and Work of Leni Riefenstahl,” few filmmakers have “so successfully commingled the two.” In his engaging biography, Bach puts the lie to Riefenstahl’s self-vindication and to the whitewashing campaign undertaken by sympathetic reviewers.

Using new primary sources, Bach proves that Riefenstahl was not compelled to make “Triumph of the Will,” as she maintained until her death in 2003. Rather, she specifically requested permission to direct the film that institutionalized the so-called “fascist aesthetic.” Furthermore, although Riefenstahl was adamant about the purely documentary nature of her work, Bach argues convincingly that “Triumph” is not a straightforward depiction of the 1934 Nuremberg Rally.

The famous call-and-response Labor Service sequence in which workers proudly state their hometowns (Q: “Where do you come from, comrade?” A: “I come from Friesland”) was carefully choreographed and rehearsed upward of 50 times. Hitler’s arrival by air lacks, in Bach’s words, “any objective authenticity”: After introductory titles proclaim the “rebirth of Germany,” a small plane glides through the sky and cloud banks drift apart as sunlight floods the screen.

Bach also puts to rest the notion that Riefenstahl knew nothing of the racial policies that led to the Final Solution. After Hitler invaded Poland, Riefenstahl obtained war-correspondent status and traveled to Konskie, where she witnessed the murder of unarmed Jewish civilians. In September 1942 she visited Maxglan, a Gypsy internment camp, and requisitioned 23 prisoners to serve as unpaid extras in “Tiefland,” an epic film financed by the Reich.

Riefenstahl, it seems clear, was not a virulent antisemite. As she mentioned whenever the opportunity arose, she had Jewish friends, colleagues and even, in her youth, a Jewish lover. Bach makes the case that Riefenstahl was not motivated by political or racist zeal. Rather, she glorified Hitler because she was an opportunist with no moral compass. It was her lifelong ambition to become a famous artist — and if cozying up to the Führer was her best chance at fame, then ethics be damned.

In 1949, the Baden State Commission on Political Purgation classified Riefenstahl as a “fellow traveler” (Mitläuferin) who had willingly served the Reich. It was a slap on the wrist that carried no prohibitions or penalties, the next-to-lowest of the five degrees of complicity. She never suffered for her work, and never acknowledged that her work had caused suffering. Without the onus of a more severe political classification, she was free to characterize herself as a guiltless naïf, and free to accuse skeptics of slander.

Bach accomplishes what the Baden Commission did not: He shows Riefenstahl as she really was. She was not a mere “fellow traveler,” not the object of “insolent lies,” but a pathological narcissist who used her talents to lionize Hitler and thus ease the path of the Nazi regime.

Juliet Lapidos is a freelance journalist living in Brooklyn.