Aharon Appelfeld on Living and Dying in Jerusalem 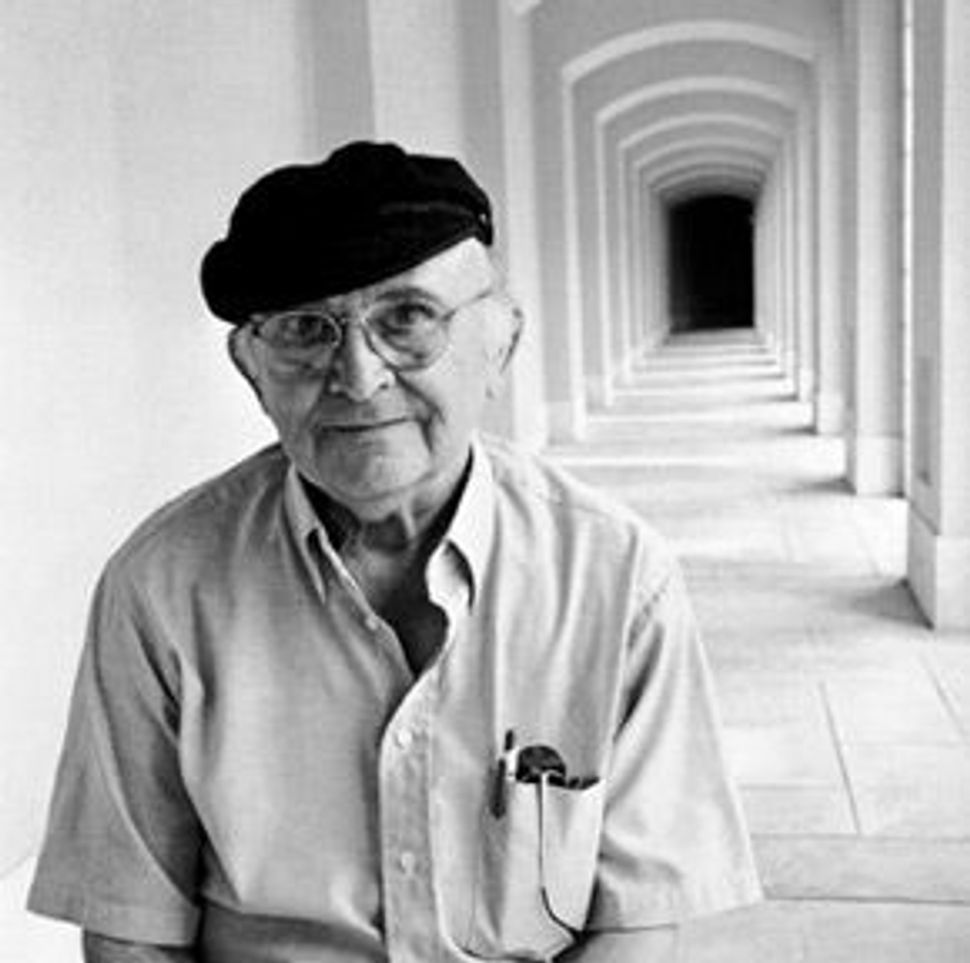 Though he recently turned 77, Aharon Appelfeld remains one of modern Hebrew literature’s freshest voices. His work has been celebrated in Israel and around the world by prize committees, critics and other writers, including his friend Philip Roth. The nearly three dozen books to his name have been translated into numerous languages, making him one of Israel’s most read authors. His latest work to appear in English, “Laish” (Schocken), centers on the eponymous protagonist’s adventures among a wandering band of Jewish pilgrims bound for the Promised Land. The realist-symbolist novel unfolds as a kind of dreamlike saga filled with compassion, cruelty, magic, and the mundane. Appelfeld spoke from his home in Mevaseret Zion, outside Jerusalem, with Adam Rovner, assistant professor of English and Jewish literature at the University of Denver and Hebrew translations editor of Zeek: A Jewish Journal of Thought and Culture. 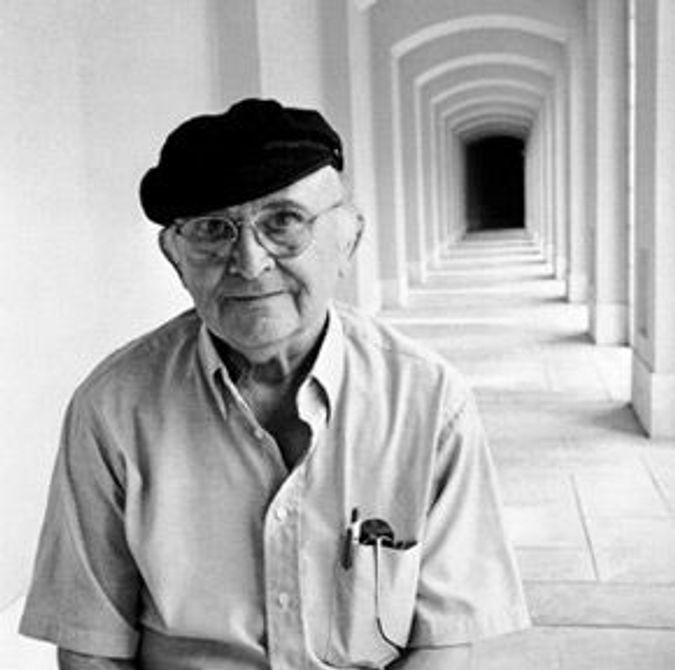 Adam Rovner: The forthcoming translation of your novel, “Laish,” depicts a ragtag assortment of Jews traveling through Eastern Europe on a pilgrimage to Jerusalem. But they also seem afraid of arriving there. Is that right?

Aharon Appelfeld: Yes, the novel follows a caravan that ascends to Jerusalem. But their ascent is constantly delayed. And they’re afraid that they’ll have to give a personal and religious accounting in Jerusalem.

Is Jerusalem a city that can ever be attained? Is it a spiritual or material place?

“Laish” takes place at the end of the 19th century. Then you could reach Jerusalem; a man of faith could reach it. But the people in “Laish” who have faith are the older people. And they go to Jerusalem to die, not to live.

Laish demonstrates a sympathy for those on the margins, those who are weak, flawed, even criminal.

Does this sympathy come from your time wandering as a child, when you were taken in by a gang of horse thieves?

Those Ukrainian thieves saved my life. They didn’t know I was Jewish. I learned a lot from them. When I was with them, I was 8, 9, 10. These were my formative years… They prepared me to be a writer. They made me a writer. I ate with them, they sent me to steal, they were pleased with me, they beat me — they were my family. A tough family. But still a kind of family.

Many of your protagonists are children, as in “Laish.” How have you managed to retain this childlike perspective throughout your career?

How does your work differ from that of other Israeli writers?

I come from a different world — a different geography. I come from a world that suffered terrible catastrophe, and this experience requires a different language, a different tone. I came to Israel when I was 13 ½, almost 14. I was without friends, without a family, without parents. I knew a lot of languages, but I didn’t possess a written language. Hebrew became my step-mother tongue.

And the other languages you spoke a bit — German, Ukrainian, Romanian — did they influence your literary Hebrew?

I’m not conscious of it though, but I suspect they did. My Hebrew is different from the Hebrew of those who were born in Israel. It’s different in tone, in rhythm. I suppose those voices from other languages entered into my Hebrew, yes. But I have to admit that I wouldn’t write what I write if I hadn’t come to Israel. I came to Israel and grew attached to Hebrew. And through Hebrew, I found my way to a treasury of Jewish writing: Mishnah, Gemarah, midrash, medieval literature, Kabbalah, Hasidut.

Israel allowed you to both remember a Jewish literary past, and to forget a personal past — at least at first. Is Israel today a place for remembering or for forgetting?

When I arrived, the ideology of the New Hebrew was very strong. Like the line of the song we used to sing: “We came to the land to build and to be built.” But, thank God, I managed to distance myself from all this. It didn’t echo in my soul. Because I said to myself, I can’t ever forget my parents. I’ll never forget my grandparents, my uncles and aunts — that is, it’s pathological to make a collective effort to forget. The syndrome of forgetting came about because Jews suffered so much in the Holocaust, but it’s pathological.

So you see evidence that Israelis are more interested now in recovering the past?

Tel Aviv and especially Jerusalem, have become more like Warsaw, Lublin, and Krakow than like kibbutzim. It’s ironic. That is to say, there’s no longer a great deal of difference between the Jewish life that was in Warsaw and here. Maybe there it was more deeply rooted, more based on faith. Maybe there was more Jewish knowledge there, but still you’re in a small Jewish village here.

Are you suggesting we brought the shtetl with us to Israel?

Clearly. This structure — what we call a shtetl —is very strong. It’s a paradox. We came to build this Jewish state, with all the attributes of a state, but in the end, the old structures return.

You mentioned Hasidic literature earlier. “Laish” is obviously indebted to these traditions. Can you explain how this has influenced you?

I’m connected to Hasidism in the spiritual sense — not in the sense of acts of faith that you observe every day, but Hasidism as the idea that a person is a spiritual creation who searches for meaning, searches for a goal in life. In this sense I’m very influenced by Hasidism. Martin Buber was my teacher, Gershon Scholem was my teacher, too.

Do you yourself have religious convictions?

In a general way, yes. I believe there’s meaning to our lives. I don’t believe we’re just a blip. We’re not a blip that’s one day here and the next just disappears. I feel that I’m connected to my parents, my grandparents, my great-grandparents. A very real connection.

And literature helps foster this connection?

I think literature has an influence on a person’s inner being. Like music. We go to a concert, and hear music for an hour, an hour and half, sometimes two hours. We listen to Bach, Mozart, Chopin. But what does this give us concretely? What content do we really get? In actuality, nothing. But at the same time, we feel that it forms us, that it gives us something, something beyond its content. Literature connects us to ourselves, first of all. The literature I write is part of my inner being, but [it] is also how I connect to my parents and grandparents and to their beliefs. My parents believed in liberalism, my grandparents believed in Judaism. I feel connected to both of them.

Is literature then a kind of consolation?

Consolation you find only in religious faith. There, you live according to a particular way. There’s a meaning to your life. And in the end, you die and go to the next world, maybe a better one. But literature can’t provide you with consolation. Literature provides a feeling, an understanding of your inner self, brings you to places that are different — spiritual places. But literature is not a consolation. Let me say it this way: Good literature, and it doesn’t matter if it’s optimistic or pessimistic, good literature provides beauty — a certain measure of beauty. It lets you see the movements of man’s soul, movements in which there is beauty. Spiritual pleasure then is what literature can provide. It allows you to look into your soul. And that is a kind of consolation.

Aharon Appelfeld on Living and Dying in Jerusalem