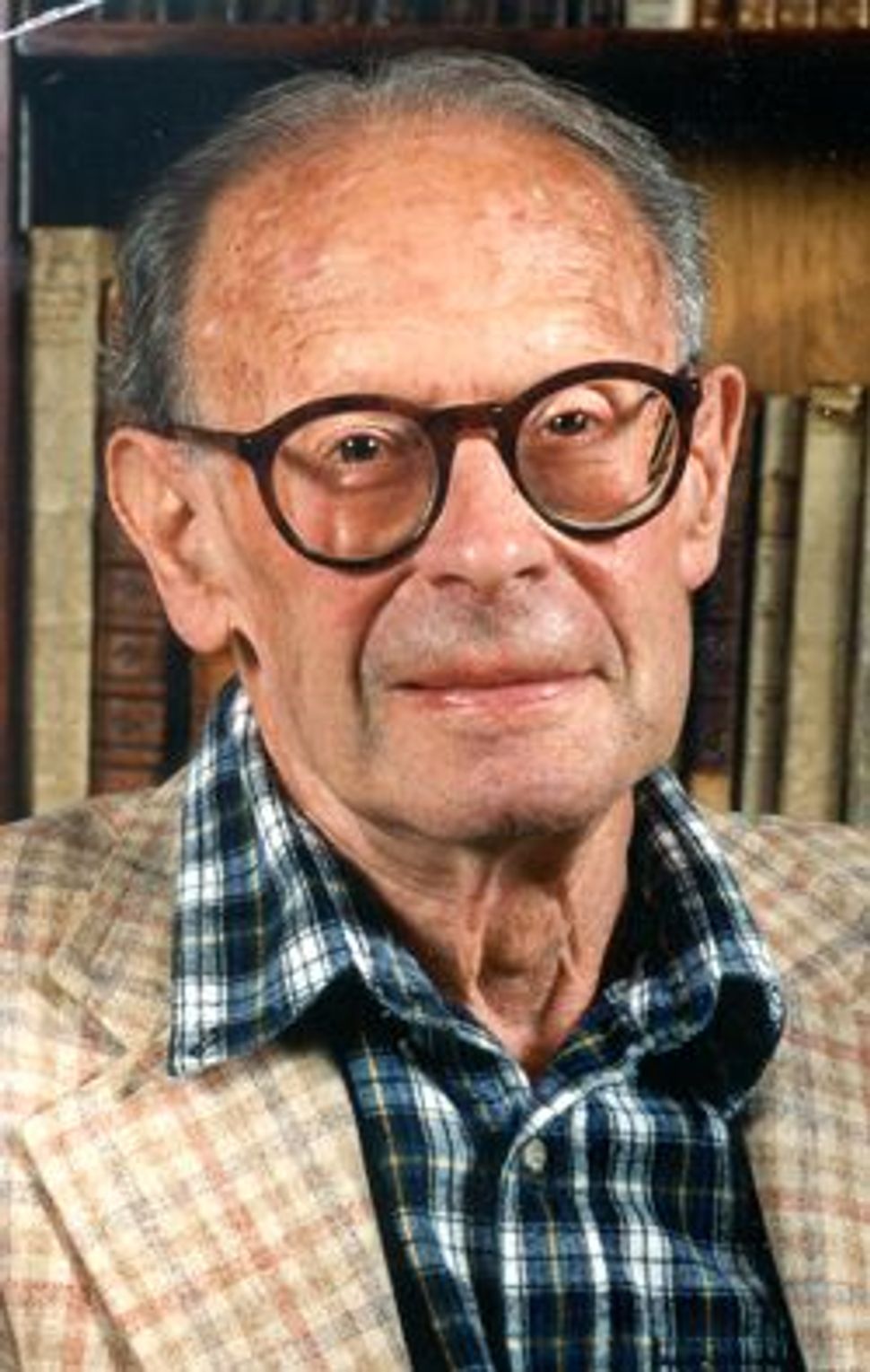 During his 1980 Nobel Prize lecture, poet Czesław Miłosz quoted French philosopher, mystic and social agitator Simone Weil, who claimed that “distance is the soul of beauty.” “Only through a distance,” Miłosz added, “in space or in time, does reality undergo purification.” February 3 marked the centenary of Weil (1909-1943), who died in England of cardiac failure resulting from tuberculosis, compounded by a refusal to eat. Yet, a century still may not be enough distance to objectively appreciate the complex, deeply exasperating legacy of Weil. 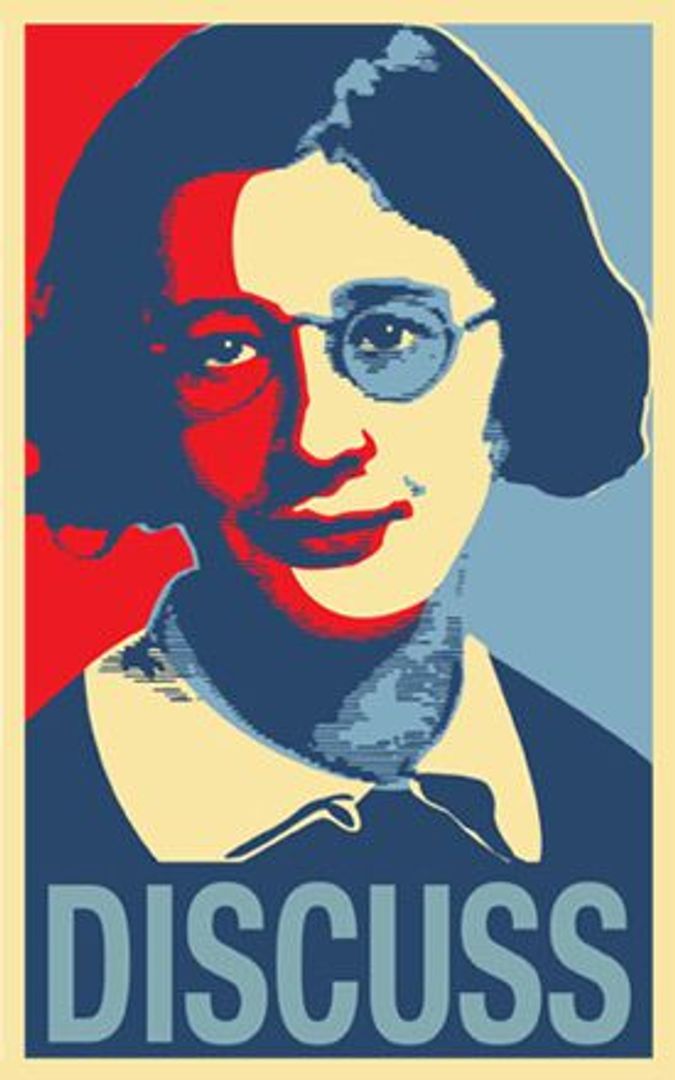 Weil?s Legacy: ?Venice Saved,? an unfinished play of which Simone Weil conceived during the time she and her family spent in exile from Nazi-occupied Paris, is playing at PS 122 in Manhattan?s East Village through April 5. Image by Annerose Schulze

This has not discouraged a number of already announced tributes, including “Venice Saved: A Seminar,” a performance event that is playing at PS 122 in Manhattan’s East Village until April 5. Weil conceived “Venice Saved” (“Venise Sauvée”), an unfinished play, during the time she and her family spent in exile from Nazi-occupied Paris. Set at the same time as a 17th-century Spanish conspiracy to conquer Venice, “Venice Saved” is clearly intended as an allegory of Imperialist Germany in the 1940s.

Meanwhile, American soprano Dawn Upshaw toured last August in Los Angeles with “La Passion de Simone,” a murky, spooky 2006 oratorio by Finnish composer Kaija Saariaho. The “LA Weekly” gushed that Saariaho’s oratorio “immortalized Weil’s philosophy and vision.” Most readers would argue that Weil’s earnest, uncompromising, white-hot ruminations on ethics and belief, such as “Waiting for God” (Harper Perennial Modern Classics), “War and the Iliad” (NYRB Classics), “Gravity and Grace” and “Oppression and Liberty” (the latter two both from Routledge Classics), have won her immortality — and a distinctly verbal immortality — with no need for any extraneous soundtrack. Rejecting all formal religions, including Catholicism, for their historical tyrannies, Weil wrote to French author Georges Bernanos in an often quoted 1938 letter: “I am not Catholic, even though — what I am going to say will doubtless seem presumptuous to any Catholic, coming from a non-Catholic, but I cannot say it in any other way — even though nothing Catholic or Christian has even seemed foreign to me.” Instead, she embraced a form of empathy for suffering that accepted personal agony, of a kind that most organized religions find extreme; however, this very purity and saintlike relentlessness is the key reason that Weil has a lasting appeal to readers preoccupied with questions of ethics — as an “absolutist woman,” as Italian author Gabriella Fiori termed her in a 1991 study, “Simone Weil: Una Donna Assoluta.” 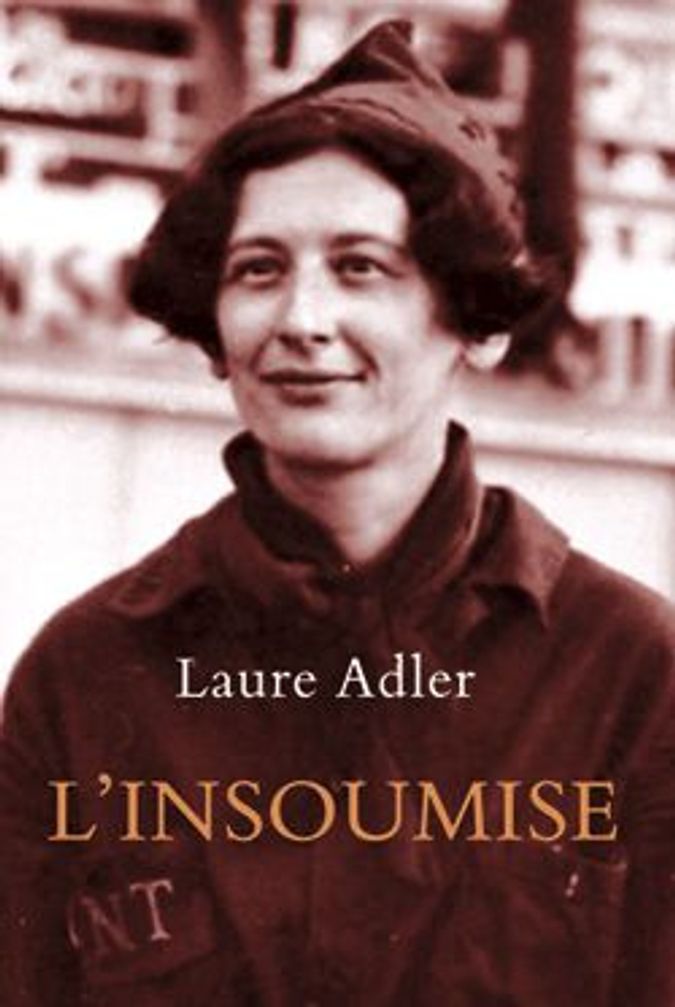 And the tributes continue. One of them comes from Darrell Katz, who recently composed “The Death of Simone Weil,” a voice and jazz ensemble suite. Darrell sums it up: “Mystic visionary comes to life with a big band behind her.” In the face of such flights of fancy, it’s heartwarming to welcome a down-to-earth new addition to the ever-increasing Weil bibliography, written by her niece, Sylvie Weil, a longtime New Yorker who was born a few weeks before her famous aunt’s death. Herself deeply imbued in Jewish tradition, Sylvie Weil has authored two charming, much-praised children’s novels about Elvina, the young granddaughter of Rashi (Rabbi Shlomo Yitzhaki; 1040–1105): “My Guardian Angel” (Scholastic) and “Elvina’s Mirror” (Jewish Publication Society). Her latest book, “Chez les Weil: André et Simone” (“At Home With the Weils: André and Simone”), published by Buchet-Chastel), insists that her aunt had Jewish roots. She makes the same insistence about her father and Simone’s brother, mathematician André Weil (1906-1998), a longtime fixture at Princeton University who, in 1992, published a caustically amusing memoir of his own, “The Apprenticeship of a Mathematician” (Birkhauser).

Most books about Simone Weil cite her visceral distaste for organized religions, particularly Judaism, and define her as a Christian mystic, even though she never converted from Judaism. A few studies, notably Thomas R. Nevin’s “Simone Weil: Portrait of a Self-exiled Jew” (University of North Carolina Press, 1991), underline the Jewish sources for Weil’s self-abnegation and for his devotion to workers and the 1930s Spanish Republican cause. Sylvie Weil’s testimony bolsters such arguments, citing previously unpublished family correspondence and conversations. She argues that fact-challenged biographers have been too ready to follow devotees of her aunt (like the antisemitic T.S. Eliot, who ascribed to Simone a “kind of genius akin to that of the saints”). Sylvie Weil scoffs at the published view that Simone could have been “traumatized” against Judaism by her grandmother, an innocuously pious woman. Like Nevin, Sylvie asserts that Simone’s preoccupations with charity and justice were fully in the tradition of tzedakah.

Sylvie herself is scrupulous in explaining how almost all of Simone’s biographers have understated the degree to which the Weil family retained elements of the Jewish tradition. She ridicules the notion that, as one writer claims, her aunt was unaware — until she was 12 years old — that her family was Jewish. Describing a family that is Jewish both culturally and in terms of quirky personalities, Sylvie alludes to what she calls the family “chutzpah,” a habit of talking* takhles *(in a brutally frank way) regardless of who might be offended. This was characteristic of both Simone and André Weil, who were socially cumbersome houseguests, if in diametrically opposite ways. While Simone insisted on bedding down on the floor in a sleeping bag while visiting, and starving herself (while nevertheless chain-smoking) to identify with the poor, André would demand entitlement to the room with the best view and criticize the food if it was not up to snuff. Neither Simone nor André would accept less than *emes *(the truth) from others, and in this, Sylvie clearly shares in the exigent family personality. She recounts how in the 1950s, when she was 16, Charles de Gaulle himself presented her with an academic honor in Paris. He shook her hand and said, “I admired your aunt very much.” Kind words that the teenager instantly and tacitly disbelieved, knowing how in London, during the Second World War, de Gaulle had called Simone Weil “completely insane” for wanting to parachute into Nazi-occupied France shortly before her death. 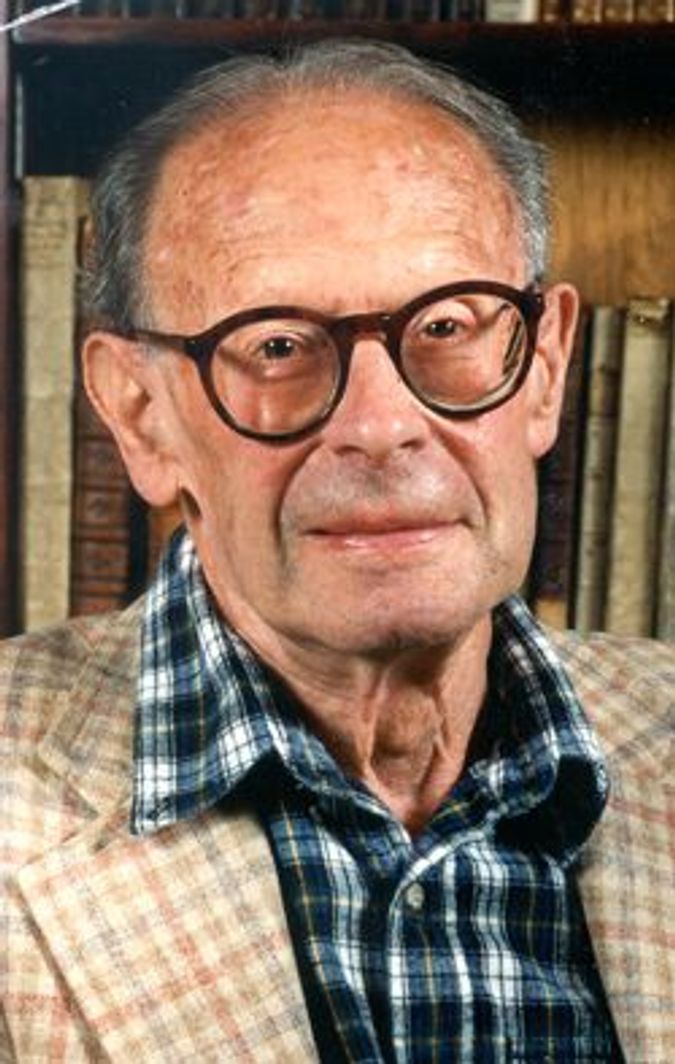 Although clearly a labor of love, “At Home With the Weils: André and Simone” does express exasperation that Simone Weil did not find time to write anything against the Nazi persecution of the Jews in the late 1930s and early ’40s, even though, as a wartime friend of Simone’s later explained to Sylvie, she was indeed aware of deportations and other indications of the horrors to come. Yet, overall, this strong-willed, incisive memoir is as close as we are likely to get to the real Simone Weil in her centennial year, and it is to be hoped that an intelligent American publisher will translate it promptly for Anglophone readers. Her dizzying range of activities and assertions in a tragically abbreviated life make Simone Weil a subject for passionate — and often contradictory — claims. Even her death itself, before which she refused food and medical care out of sympathy with occupied France, is variously diagnosed by later writers as a form of “holy anorexia,” suicide or mental illness. Profoundly ill at ease with her own body, Weil was nevertheless an ardent advocate for physical labor as the spiritual basis to cure what she called “rootlessness” (déracinement) in her 1949 book “L’Enracinement (translated as “The Need for Roots” in 1953). A consensus is reached about most saints, who become less of a goad or firebrand once they are no longer alive, but Weil’s destiny looks likely to continue in the opposite sense; with the passing years, the disagreements about Weil’s significance are only expanding, in a ferment that may be the source of her ongoing ability to inspire works of art.