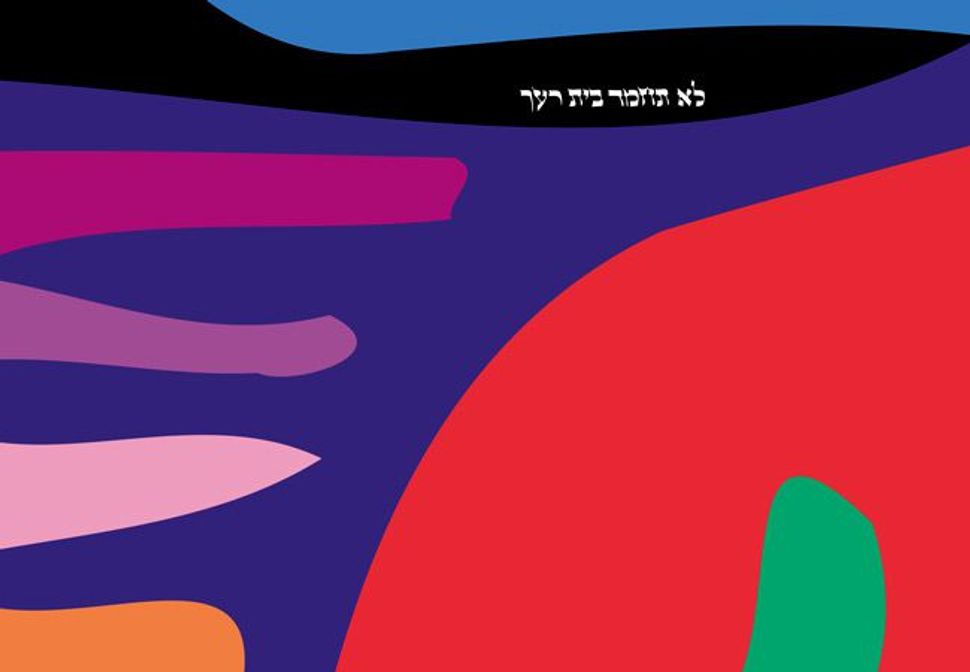 ?Thou shalt not covet.?

The Ten Commandments have served as a guide for human behavior and outlook for thousands of years, yet rarely, says artist Rudi Wolff, have they inspired visual artists. In the exhibit Ten Commandments/Ten Images: A Visual Journey, presented in New York City through April 29 at Saint Peter’s Church’s Narthex Gallery, at 54th Street and Lexington Avenue, Wolff offers a modernist take on “the rules.”

The Narthex Gallery’s airy international-style interior provides an apt setting for Wolff’s vivid visual language, which juxtaposes brilliantly colored, Matisse-like cutout shapes in wily, dynamic arrays. Although nonrepresentational, the elements are sufficiently suggestive to invite subjective interpretation. The gallery is next to Louise Nevelson’s extraordinary white chapel, her only permanent installation in the city. Every weekend, Saint Peter’s, which doubles as a center for the arts, also presents jazz programs.

Wolff’s 10 digital serigraphs — silk-screen-like layers of colors and shapes executed by computer, using archival inks and paper — are mounted on one wall of the gallery, heightening the interconnection of the images and ideas they contain.

Wolff, a Fulbright fellow who studied art at the New York schools Cooper Union and the Art Students League, credits his skill in translating ideas and concepts into visual symbols of an abstract nature to his work as a graphic designer. He traces his interest in biblical themes to the joyous, prank-filled Friday evening dinners of his boyhood. Amid the merriment, his father always included serious discussions about the weekly Torah portion. Inspired by the same sources and produced in the same format as the current exhibition, Yeshiva University Museum will feature another Wolff exhibit, The Creation, in the fall.

But first, New York gets the law. “I am the Lord, who has taken you out of Egypt,” features a monolithic rhomboid that appears, like a UFO, to be taking off. The shape may be an Egyptian pyramid lifted off the backs of the Hebrews, or Mount Sinai looming above the multitudes in the desert, and portends both omniscience and a safe haven. A small, brilliant yellow window interrupts the monolith’s fuchsia-purple-blue surface to suggest something special — an opening to another world, perhaps, or even a tefillin box. The final commandment, “You shall not covet,” has a color scheme similar to that of the first, though with a vastly different composition and outcome. Here, instead of a box of light opening up, an envious beam of poison green pokes into the frame.

It is said that the first four commandments regulate behavior between people and God, while the final six address behavior between people. Wolff’s vocabulary conveys both the artist’s whimsy and his serious interpretation of the text, which is featured in white Hebrew hand-lettering similar to that used in Torah scrolls. The eighth commandment, “You shall not steal,” is construed as a glinting assemblage that goes blank where a puzzle piece has been purloined. As Wolff’s caption explains, stealing leaves a void and erodes the fabric and trust of the entire community. The artist is primarily concerned, however, with the interplay of shape and color, not with making judgments. His tart take on the commandment prohibiting adultery features leggy glyphs swimming serenely in a sea, or bed, of color.

“Honor your father and your mother,” the fifth commandment, presents the most upright imagery: an angular, patterned family tree with strong branches and falling, leafy shapes that represent the passing of generations. But the most complex composition in the series is for the third commandment, which prohibits taking the Lord’s name in vain. While for every other commandment, Wolff’s disciplined approach dictates controlled, though playful, composition, here the artist gets down and dirty — and fascinating — as random gaudy forms and layers multiply without end.

Malka Percal is based in New York and writes about Jewish arts and culture.