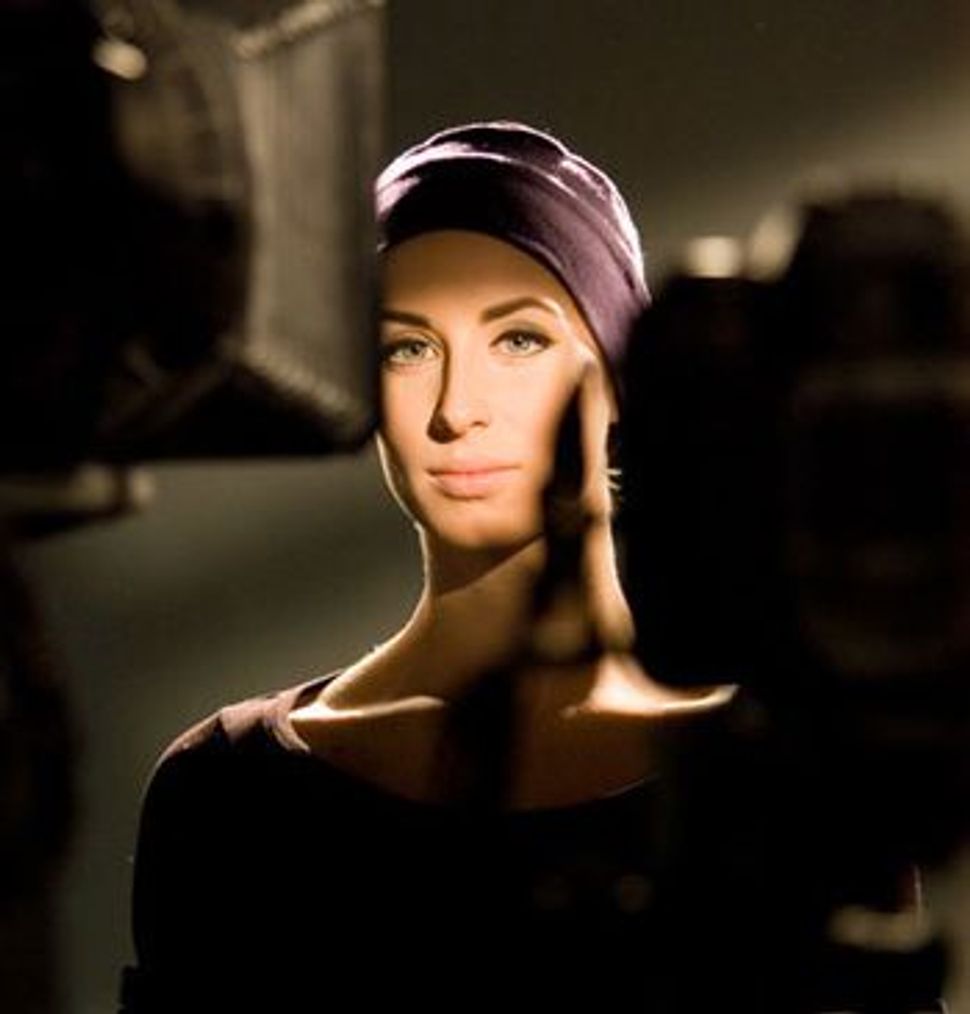 Lipstick, Powder and Paint: Enigmatic model Courtney Craft gives few clues as to whether she is or whether she ain?t wearing Arden. Image by LIANE BRANDON 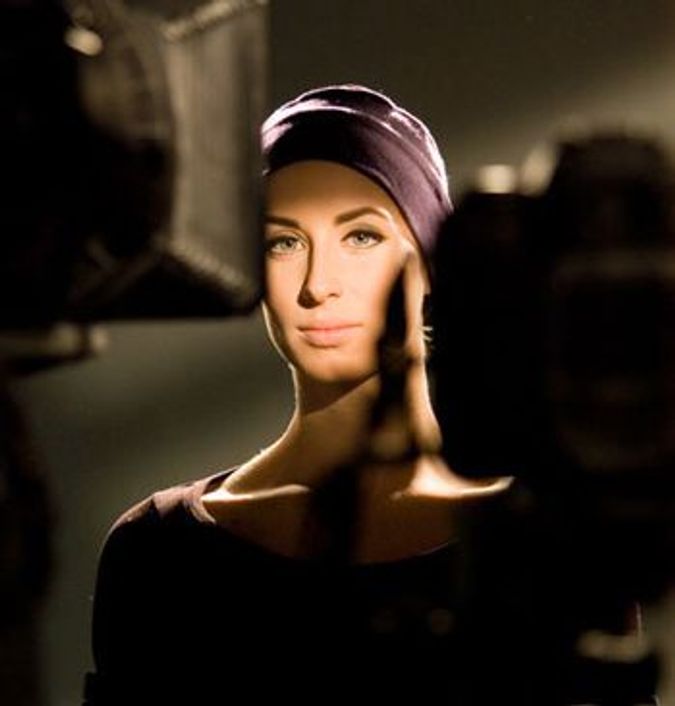 Lipstick, Powder and Paint: Enigmatic model Courtney Craft gives few clues as to whether she is or whether she ain?t wearing Arden. Image by LIANE BRANDON

While Rubinstein, a Polish-born Jewish immigrant, and Arden, an Episcopalian who hailed from Toronto, never actually met, they were linked by decades of competition. A new documentary, “The Powder & the Glory,” that premiered March 23 on PBS and is now available on DVD, explores the two women’s roles in establishing the modern beauty industry in the early 20th century, as well as their willful battle to dominate it.

Based on the 2004 book “War Paint” (Wiley) by British author Lindy Woodhead, “The Powder & the Glory” offers a straightforward glimpse into the personal and professional lives of Arden and Rubinstein, who emerged as moguls long before the feminist movement carved out a place for women in the professional sphere. The film also delves into the cultural issues that differentiated Rubinstein from her more genteel competitor, whose ideal of femininity and trademark pink stood in sharp contrast to the brash and edgy style of her ethnic rival, known for her bold colors and love of modern art.

Interweaving archival footage, animation and interviews, the film breaks no new ground in terms of documentary filmmaking techniques, but it effectively conveys the “war” between Rubinstein and Arden. Written, directed and produced by Boston-based filmmakers Ann Carol Grossman and Arnie Reisman, it was a labor of love five years in the making. “The Powder & the Glory” first screened in 2007 at the Boston Jewish Film Festival and then went on to screen at a host of Jewish film festivals around the country.

Born “Chaja” in Kraków, Poland, in the early 1870s, Rubinstein came to America in 1915 after first setting up shop in Australia and Europe. She never lost her thick Polish accent, nor did she change her Jewish last name. In fact, Rubinstein set out to woo the ever-increasing Jewish immigrant population, offering the promise of Americanization through makeup. Until the Great War, the very notion of women wearing makeup in public was viewed as scandalous — the province of prostitutes. Rubinstein and Arden changed all that. By the 1920s, wearing makeup was something to be proud of, a trait of the modern American woman.

Rubinstein herself faced antisemitism throughout her career. In 1940, when she was already among the wealthiest women in the country, she was refused residence in a Park Avenue co-op because she was Jewish. Her response? She bought the entire building. “She managed to win people over even in the face of antisemitism,” Grossman noted in a phone interview with the Forward. “She didn’t let it bother her; she just kind of plowed ahead.”

Indeed, as the film points out, Rubinstein was among a handful of Jewish women that came to dominate the budding fashion and beauty industry of the early 20th century. Other examples include Carrie Marcus Neiman, founder of the department store Neiman Marcus, and Ida Rosenthal, who invented the Maidenform bra. With their first-generation immigrants’ drive for success, and their role as strong family matriarchs, Jewish women were ideally suited to make it in America — and the beauty industry was the ideal place to do it.

As for the role of ethnicity in the two women’s legendary rivalry, there is little doubt that Arden harbored some degree of antisemitism. Still, as Grossman pointed out, Arden was “an equal opportunity disdainer,” and her primary reason for disliking Rubinstein was the simple fact that she was her competitor. Arden, whose devotion to horses was as great as Rubinstein’s devotion to collecting art, was an unabashed elitist. She was even known to have said “To be Catholic or Jewish isn’t chic. Chic is Episcopalian,” revealing that her prejudices were based not on religion but on fashion.

Despite their stylistic and cultural differences, Rubinstein and Arden were not dissimilar in their approach to running their businesses. Both were tough as nails and known as difficult to work for, yet both inspired great loyalty from their employees. And in the end, they both made the same tragic mistake. Each woman, believing that no one could fill her shoes, failed to anoint a successor, and sadly, within half a dozen years of Rubinstein and Arden’s deaths in the mid-1960s, both of their businesses had been sold.

But their triumphs, exalted in “The Powder & the Glory,” far outweighed any final missteps. “I was inspired by them as very gutsy women,” Grossman said. “They both, by sheer will and native smarts, managed to build these incredible companies.”

*Rebecca Spence is a staff writer for the Forward. *