My Father’s House; My Mother Tongue 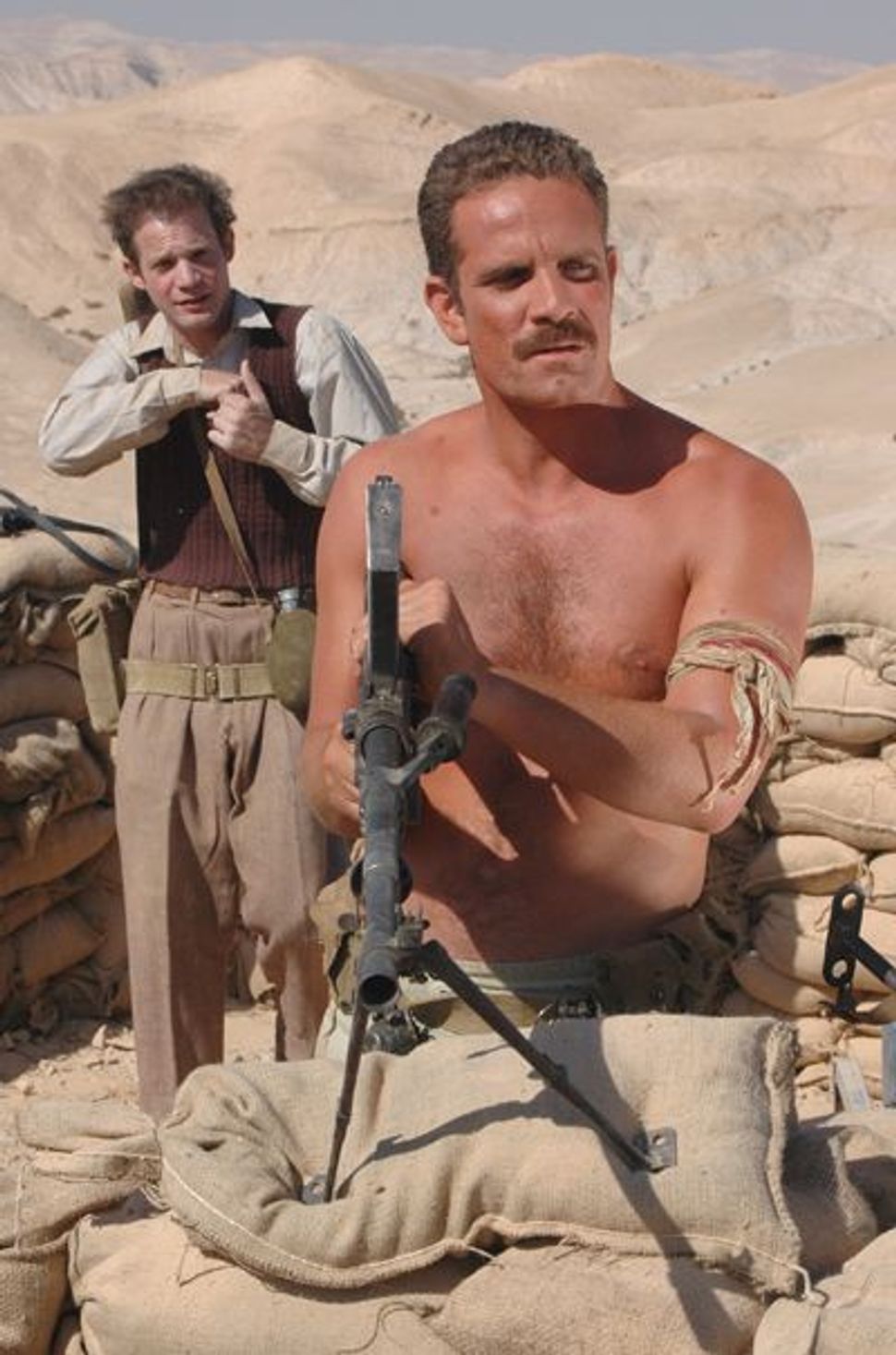 Israel Man and Diaspora Boy: The IDF gathers and remolds the scattered. Image by OMRI BAREL

On April 7, the eve of Passover, Israeli television did something unprecedented: It aired a film in which the entire dialogue was in Yiddish.

Director Dani Rosenberg’s movie, “Beit Avi” — literally, “My Father’s House”; known in English as “Homeland” — is a 40-minute drama about a young Holocaust refugee who comes to Israel in 1948. It premiered at the Jerusalem International Film Festival last year. Since then, it has been screened at almost a dozen festivals round the world and has garnered strong reviews for the daring questions it raises, which strike at the core of Israel’s identity. 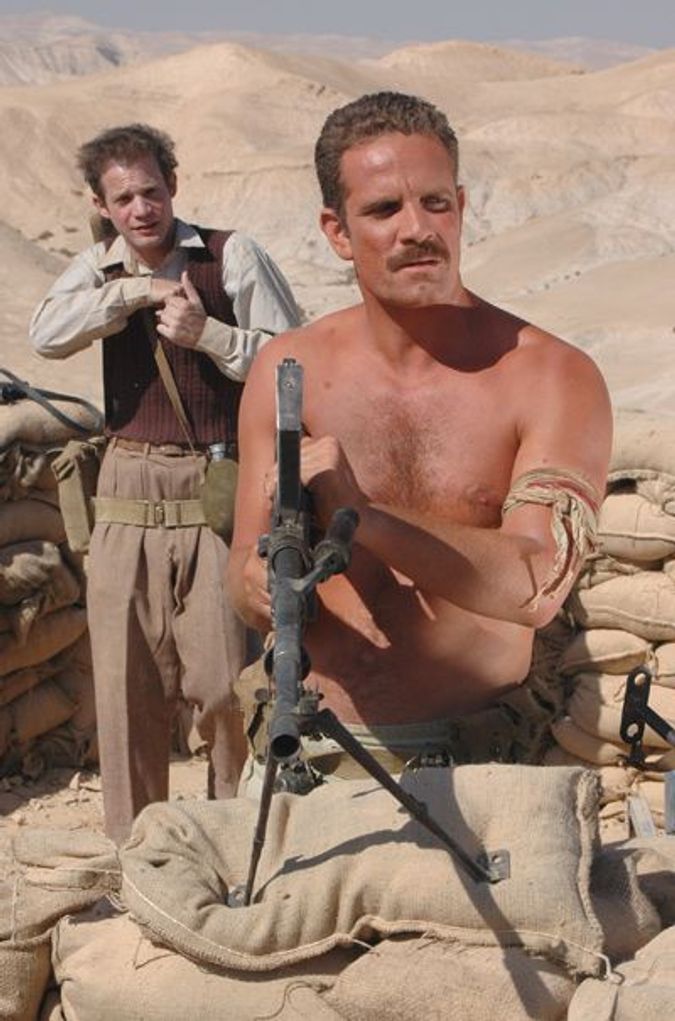 Israel Man and Diaspora Boy: The IDF gathers and remolds the scattered. Image by OMRI BAREL

In the film, the refugee, Lolek (Itay Tiran), comes to Israel, hoping to find his sweetheart in Haifa. Instead, he is immediately conscripted into the army. Few people know about this chapter of Israel’s history, when the refugees of the Holocaust were forced to serve in the Israeli military, despite the fact that they knew no Hebrew and understood little about the conflict with the Arabs. In an interview with the Forward, Rosenberg said he aimed to do more than just tell about this controversial practice.

“I also wanted to show how Israel in general denigrated everything that the Holocaust survivors represented, and how important it is for us to learn their history in order to understand who we are today,” Rosenberg said. “That’s why I felt the film had to be in Yiddish. By Yiddish, I don’t just mean the language, but also the culture which the Israeli government and society tried to erase.”

Since its inception, Israel has had an ambivalent, even hostile attitude toward the Yiddish language, because of its association with the *galut *(Diaspora). In the 1950s, for example, state authorities used censorship laws inherited from the British to prohibit or severely limit Yiddish theater in Israel. Israelis were discouraged from expressing themselves in Yiddish, and even Prime Minister David Ben-Gurion himself reportedly once sneered, “That language grates in my ears.”

In the film, the fair-skinned Lolek is sent to an outpost manned by a tan and tough Sabra, Mintz (Miki Leon), who tries to force Lolek to forget the past. And yet, since Lolek knows no Hebrew, Mintz has no choice but to bark his orders to him in Yiddish. When Lolek discovers that Mintz, too, has a faded number tattooed on his arm, Mintz remarks: “Don’t worry, after a couple of days in the sun, no one will know where you’re from.”

Mintz does all he can, almost sadistically, to turn Lolek into a Sabra: He forces him to do calisthenics in the blazing sun, allowing him no respite in the shade; he also intentionally empties Lolek’s water canteen on the ground and orders him to go find more water. But Lolek doesn’t easily surrender to Mintz’s demands; he refuses to let go of his past, gazing dreamily at the ragged photograph of his girlfriend, and often challenging Mintz’s commands with a self-deprecatory twinkle in his eye reminiscent of the galut.

Lolek and Mintz’s battle is not merely between soldier and commander, but between two contradictory perspectives on a question: What does it mean to be a Jew in Israel?

Rosenberg presents the tale surrealistically, further highlighting its allegorical nature. As the two men roast under the unforgiving sun on this remote desert hill, it seems as if they are the only two people in the world. Their sole connection with the outside world is a desperate, faraway voice on the army transmitter. After a series of jarring, dreamlike confrontations with his *galut *past, Lolek inevitably parts with it — and hence, with his memories — forever.

Determined to have the Yiddish spoken by Lolek and Mintz sound authentic, Rosenberg hired Yiddish translator Moshe Sachar to train the actors to speak with the proper accent. He even asked Sachar to use the Yiddish dialect he grew up with in Lodz, Poland. “I wanted the characters to speak like him because the Lodzian Yiddish spoken by millions in Eastern Europe is dying out, and it sounds so much juicier to me than the literary Yiddish.”

So how have the Israelis been reacting to this film? “In Israel, when you hear Yiddish in a film, you assume it’s a comedy, because Yiddish feels like something faraway and irrelevant to them,” Rosenberg explained. “So at every screening I attended, when [Itay] Tiran, in the first scene, answered the commander with the word ‘Vus?’ (“What?”), everyone laughed. But after the first five minutes, they weren’t laughing anymore.”

Rukhl Schaechter is a staff writer and editor for the Forverts, from which this article was adapted.

My Father’s House; My Mother Tongue