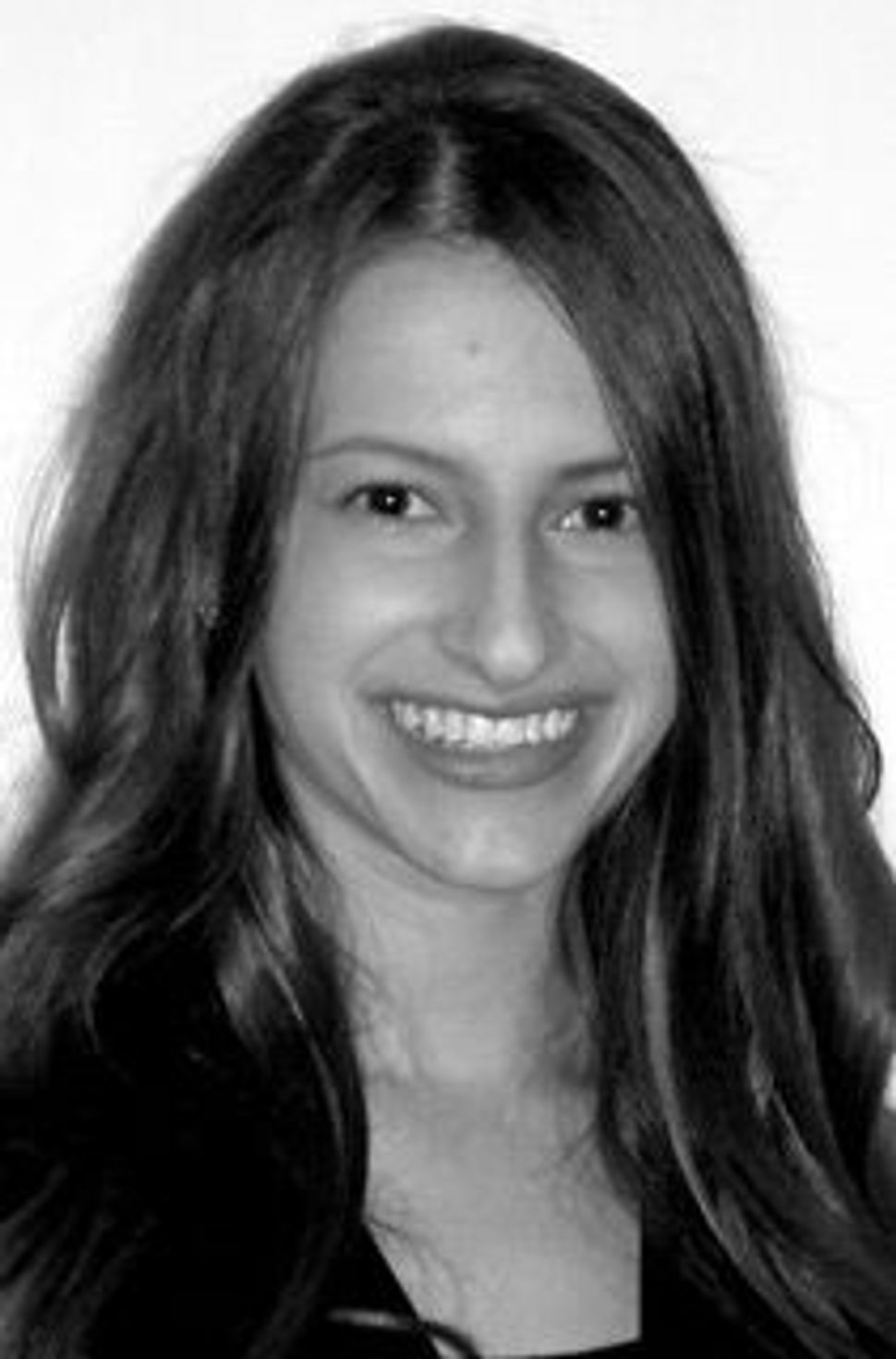 Getting hitched in Israel is hardly a simple proposition, as a new documentary on the subject shows. In the Jewish state, marriage is only possible through Israel’s chief rabbinate — the pre-eminent religious governing body, which predates the founding of the state itself; non-Jewish Israelis must be married by their own religious authorities. In addition, civil, interfaith and same-sex unions are not permitted. As a result, many secular Israelis are disheartened by the state of marriage in Israel, and many more are choosing to wed outside Israel. 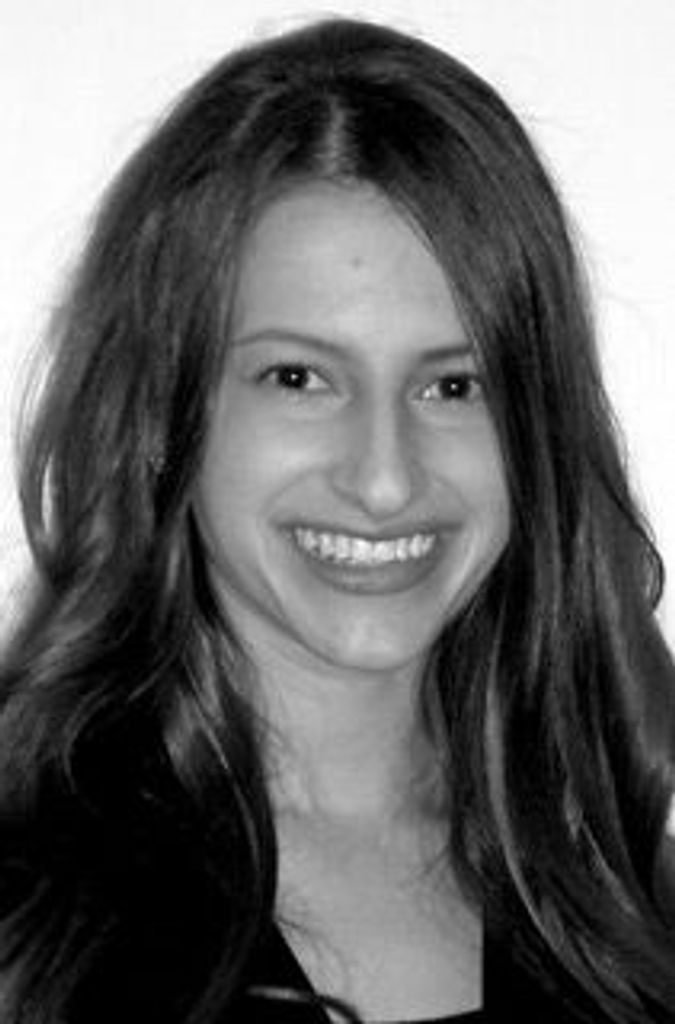 As an undergraduate studying abroad in Israel, Amy Beth Oppenheimer, instead of writing a traditional thesis, decided to make a film on the hot topic of marriage. Though she had never before picked up a camera, Oppenheimer began using one to talk about marriage with every Israeli she could find — young and old, secular and religious, Sabras and new immigrants, Ashkenazi and Sephardi, Muslim and Christian Arabs, Bahai’i and others.

The result, two years in the making, is the documentary “Faces of Israel: A Discussion About Marriage, State, and Religion in the Jewish Homeland.”

Oppenheimer, a 23-year-old New Jersey native, recently spoke with the Forward’s Allison Gaudet Yarrow. They discussed the role of Israel’s chief rabbinate — the Jewish state has both an Ashkenazi chief rabbi and a Sephardi chief rabbi — and also the prospects for the legalization of civil and same-sex unions in Israel.

Allison Gaudet Yarrow: What are the conflicting points of view surrounding marriage in Israel?

Amy Beth Oppenheimer: Many Orthodox Jewish Israelis believe that it is critical to have a unified concept of marriage according to Orthodox Jewish standards. They support state-sanctioned and state-regulated religious marriage. Most secular Israelis strongly believe that civil unions must be legalized. Many of these Israelis wish to get married in a traditional ceremony, but they do not want be forced. The Masorti [Conservative] movement has recently launched a campaign to encourage Israelis to marry through a Masorti rabbi. Though the movement is relatively small, it is gaining recognition and stirring up controversy.

Why are many couples bypassing the rabbinate and marrying abroad?

Many Israelis travel to Cyprus or elsewhere outside of Israel to get married, because they believe they cannot have a personally meaningful wedding through the Israeli chief rabbinate. Some Israelis don’t have the luxury of that choice, as they aren’t “Jewish enough” in the eyes of the rabbinate or [aren’t] Jewish at all. There are thousands of Russian immigrants who have no legal way to get married in their own state. For individuals seeking same-sex unions or marriages that contradict Orthodox Jewish law, marrying abroad is the only legal recourse.

What is the status of civil and same-sex unions in Israel?

Civil unions and same-sex unions are illegal, yet they are on the table now more than ever. They are at the forefront of coalition negotiations. Recently, a prominent Orthodox scholar stated that civil unions should be legalized for non-Jewish Israelis, providing that an Orthodox Jewish court decides who is Jewish. The chief rabbinate has met to discuss the prospect of legalizing civil unions. I don’t anticipate that we will see the legalization of civil unions for Jewish Israelis anytime soon, but baby steps are being made.

You interviewed employees of the Israel’s chief rabbinate. How do they view Jews who don’t want traditional Orthodox marriage?

Many employees of the Israeli chief rabbinate do not understand why Jews would not want to marry according to traditional Orthodox law. As one marriage counselor says in the film: “If you are Jewish and he is Jewish, and you want to get married according to the laws of Moses and Israel, then come to the rabbinate. Because this is what we’ve done since the time of Adam.”

What, if anything, is the chief rabbinate doing to discourage Jewish couples from fleeing to Cyprus or other countries to get married?

Not much. During my meeting with Ashkenazi chief rabbi Yona Metzger, he implored Israelis not to travel to Cyprus and build up the economy overseas. He says, “Come to the rabbinate and you’ll see that rabbis don’t have horns and that they are kind and pleasant people.”

How relevant is the chief rabbinate for non-Orthodox Israelis?

The chief rabbinate is already irrelevant in the eyes of many Israelis. Their signature of approval may be needed on formal marriage documents, but many view them as out of touch with the general population. Further, the potential legalization of civil unions would reduce the power and responsibilities of the rabbinate. It is unlikely that the chief rabbinate will be dismantled anytime soon. Many in the U.S. may balk at the idea that the Israeli chief rabbinate serves all of world Jewry, but the rabbinate’s influence is strongly felt in other parts of the world. For example, a prominent American female rabbi was recently invited to teach in South Africa. Upon arrival, she was told that her teaching engagement was canceled. The chief rabbinate in Israel had called this particular South African rabbi and told him that there is no such thing as a female rabbi and she must be an impostor. This rabbi heeded the institution’s declaration, and her engagement remained canceled.

How is Israel confronting the widening gap between the law and the lifestyle choices of its people?

The Supreme Court is working to uphold the democratic values of the state and has required the Ministry of the Interior to register unions (including same-sex unions) from abroad. This decision is very much in line with the lifestyle choices of many Israelis. The institutional chief rabbinate is encouraging individuals to marry traditionally but has taken no concrete steps to embrace mainstream Israeli culture or to make the marriage registration process more user friendly. There’s a third group of Dati Leumi (National Religious) rabbis in an organization called Tzohar. [They] try to bridge the gap between secular and religious. Tzohar provides their own rabbinate-approved officiating rabbis and marriage counselors to couples to educate them on the marriage process and help them personalize it to the extent possible.