Turning His Lens on the ADL 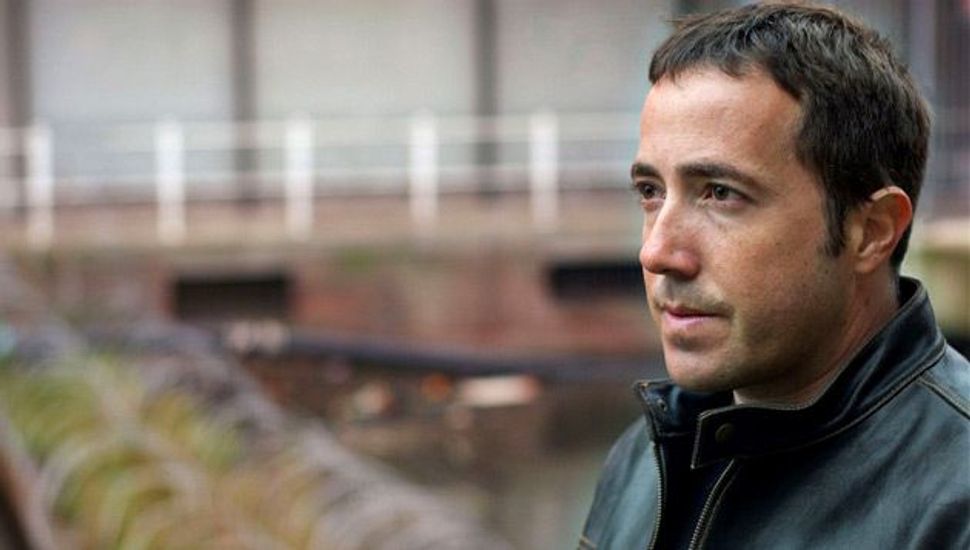 Inspired by a True Story: Yoav Shamir decided to make the ?Defamation? after an American Jewish newspaper writer called him an antisemite for his film ?5 Days.? Image by COURTESY OF defamation-thefilm.com

Controversy isn’t new terrain for Yoav Shamir. And controversy is the likely response to “Defamation,” his new documentary focused on anti-Zionism, antisemitism and the Arab-Israeli conflict, among other lightning rods. The Anti-Defamation League and its director, Abraham Foxman, figure prominently in the film, as do “Holocaust Industry” author Norman Finkelstein and a group of Israeli teens taking a school trip to the Nazi death camps.

The 38-year-old Shamir, who appears briefly on camera and narrates the film, ricochets among his native Tel Aviv, the United States and Eastern Europe, interviewing subjects ranging from Holocaust survivors and educators to residents of Brooklyn’s Crown Heights, the scene of black-Jewish violence in 1991. Shamir notes early that the film was inspired by a American Jewish newspaper writer who called the director an antisemite after viewing one of his earlier projects.

First screened last February at the Berlin International Film Festival, “Defamation” arrives in New York in late April at the Tribeca Film Festival, and will open Tel Aviv’s DocAviv documentary festival in early May. “Defamation” joins such earlier Shamir films as “Checkpoint” (2003), about Israeli soldiers’ interactions with Palestinians in Gaza and the West Bank, and “Flipping Out” (2008), about Israeli solders’ drug-fueled misadventures in India following their army service. “5 Days” (2005), the documentary that inspired the antisemitism accusation, generated anger of a different sort — with organizers of Scotland’s Edinburgh International Film Festival warning Shamir not to attend a 2006 screening for fear of violence by anti-Israel protesters. (He attended without incident, under added security.)

Shamir recently spoke with writer Nathan Burstein, a frequent contributor to the Forward, about “Defamation.”

Nathan Burstein: Some people might be surprised by your assertion that you never seriously considered the term “antisemite” until it was used against you.

Yoav Shamir: What I’m getting at is that I never felt antisemitism. I was never a victim of antisemitism, and I would think that probably 99% of Israelis, if you asked them, would tell you the same thing. … If a Palestinian upsets me, I don’t think it has anything to do with the fact that I’m Jewish, that I hold the Jewish religion. It’s because either I took his land, or, if it’s an Arab-Israeli, it’s some kind of conflict which happens when you have two communities coming from different backgrounds and values living in the same place.

Was it hard to get the ADL to participate, or was the organization on board from the start?

It wasn’t that hard. They were very cooperative, and I have a great respect for them for being so open with me and letting me join them and being very honest [about] what they do.

The film doesn’t paint a very flattering portrait of the organization or of Foxman. Have they seen the film yet?

They haven’t seen the film yet — they’ll see it now at the Tribeca Film Festival. [Regarding how they come across], that is your interpretation. Some people will see it differently. Normally, when you bring up things that have to do with politics, or with different opinions, people bring their own luggage into it. Some people will see Foxman [as] doing a great job, and some people will have a difference with what the ADL is doing. That’s film — it should be representing both sides.

You argue quite reasonably that anti-Zionism is not always antisemitism and that criticism of Israel can be legitimate. Do you see times when anti-Zionism does cross over into antisemitism?

There are many, many gray areas. Obviously there are going to be people who will have antisemitic tendencies, and they will express them by being anti-Zionist. They are part of the story. But the film is not really about that; it’s mostly about what we as Israelis and Jews make of this experience. How do we view ourselves, how we want to define ourselves — whether we want to be defined on the negative side, according to what other people say about us. The film doesn’t say that there’s no antisemitism or that every time there are anti-Zionist sayings, they are completely detached from antisemitism. … [But] I don’t think it’s okay, anytime someone criticizes Israel, to bring up antisemitism.

Do you think that’s what the ADL does?

I’m not the spokesman for the ADL. … I think the ADL and other Jewish people tend to see criticism of Israel as an expression of antisemitism. Foxman says it himself; I don’t need to say it for him. That exists whether it’s correct or not — it’s for the viewers to decide.

One thing that distinguishes “Defamation” from your earlier films is that you’re dealing with both Israeli Jews and American Jews. Who do you think has more work to do in terms of changing their attitudes toward the Holocaust?

I think it’s combined. … In America, from my understanding, I think [antisemitism] is more of a generational issue. I think some of the people who are … 50 [or older] are more concerned with Jewish identity and the remembrance of the Holocaust and antisemitism, and they’re more afraid of Jewish identity getting lost and younger Jews intermarrying. The younger generation feels, “I’m American, I’m a Jew, I’m from New York, I like music.” It’s not more or less important than other parts of American identity. In Israel, it’s strange, because the further away we got from the Holocaust, the more fascination there is about it. People feel a bigger need to remember what happened and relive this experience, like the kid [in the film] saying: “My grandmother is a Holocaust survivor. I want to feel what she felt.” Is it really so important to adopt this trauma and feel like you’ve been a victim yourself, and where does it lead us?

Many people are likely to agree with the film’s argument that antisemitism is not a major danger in Brooklyn, and some will probably agree that it’s come to play too big a role in Israeli society. But what do you say to those who will criticize you for not including more about recent attacks on synagogues and Jewish cemeteries in Europe, as well physical attacks on Jews there?

In the film, I go to the synagogue in Moscow that had one of the worst antisemitic attacks in the former Soviet Union in the last several years. You choose what you want to focus on; I think the film gives a fair picture of what went on.

On a related note, you don’t talk about attitudes toward Jews in the Arab world and in Iran. Why not?

I filmed very interesting stuff in Palestine, but you cannot squeeze everything into one film. It’s such a huge topic that it’s not possible to include everything. If you want me to address what is happening in the Arab world, I think they are using a very stupid approach regarding antisemitism, because in many ways, Jews lived in Arab countries for hundreds of years and lived a much better life than the Jews living in Europe. You didn’t have antisemitism — it wasn’t a part of the life over there, or not to the extent it was in Europe. And now you have antisemitic rhetoric that draws its roots from. … symbols of Nazism. It’s trying to protest injustice against the Palestinians, and I think it’s really a shame that they’re dragging this antisemitic rhetoric into their arguments. But also, from what I know about Palestinian education, for example, they know very little about the Holocaust. … I feel sorry for them for not knowing this part of history, which is not just Jewish history. It’s human history, which is important for everyone.

You take a fairly negative view of March of the Living programs and trips by Israeli high school students and soldiers to visit the Nazi death camps. What do you think would be a more appropriate way for Israelis and other Jews to learn about the Holocaust?

[A]s I see it, in many ways, Israelis and Jews look at antisemitism as something different from racism — as a kind of almost mystical phenomenon that goes along with us for 2,000 years and that almost [has not changed]. For me, that is a bad understanding of history. It’s a negative way to look at and interpret the world. Obviously, the Holocaust is something that should be learned, and the Arab world is the biggest example of how stupid it is to be ignorant about such an important event in human history. But how you use this and how you navigate your life from now on is a different issue. If Israel and Jewish people see this as a colossal, demonic thing that happened only to us, that makes any other suffering seem irrelevant, [which] is the wrong lesson.

In the film, Norman Finkelstein calls American Jews “warmongers from the Hamptons” and says comparing Abe Foxman to Hitler would be “an insult to Hitler.” What was your view of him in the end?

I thought that he’s an extreme person, and some of the stuff he says is completely crazy. On the other hand, some of the things are worth listening to. Many of the things he said, I heard in Israel before from many Israeli thinkers who are regarded very highly. … All the stuff that Finkelstein says is not that original and has been heard before, but right now this issue is so sensitive that it’s counterproductive, the way that he’s being shut off and silenced. When someone like that is not allowed to enter Israel and is kind of made an outcast the way he is, it’s almost like during the time of McCarthy and these darks times in history when people could not speak out.

What message are you hoping people take away from the movie, especially in places like Germany or Austria?

First of all, people know a lot more than we think they do. Israel and the Middle East are very interesting for many people, and they have a lot of knowledge about it. It’s not like people come into this film not knowing anything. They know a lot from reading the paper and watching the news. I would like people, when they see the film, to learn something new that will make them ask questions and make them think. That’s what a good documentary should do.

The film’s trailer is below.

Turning His Lens on the ADL