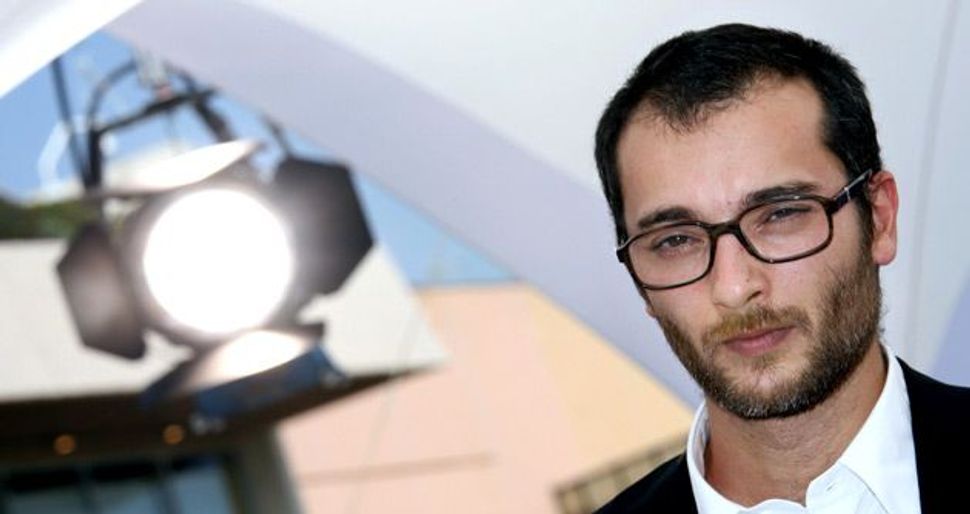 One of the few surprises of this year’s Academy Awards ceremony was the snub of Ari Folman’s “Waltz With Bashir,” the animated film about the First Lebanon War that seemed poised to win Israel its first ever statuette for best foreign film. Instead, the Oscar went unexpectedly (some might say inexplicably) to the Japanese film “Departures.”

But despite the Academy’s mysterious selection process, the widespread critical acclaim of “Waltz With Bashir” shows that Israeli cinema is a force to be reckoned with. Both “Bashir” and Joseph Cedar’s “Beaufort” — which snagged an Oscar nod in 2008 — represent the wider prominence of Israeli cinema on the international film scene. Historically neglected, Israeli cinema has seen a renaissance in the past decade, with Israeli films cropping up regularly on the festival circuit, including five at the current Tribeca Film Festival.

Now seems like a good time for a critical re-evaluation of this often neglected national cinema. Enter French-Israeli filmmaker Raphael Nadjari, whose 210-minute-long documentary “A History of Israeli Cinema” enjoyed its world premiere at the 59th International Berlin Film Festival in early February. Astonishingly, the sold-out audience was deterred neither by the running time nor that the film dealt with cinematic artifacts largely unknown outside Israel.

Nadjari, whose 2007 film “Tehilim” screened in competition at the Cannes Film Festival, divides “A History of Israeli Cinema” into two parts. The first spans the years 1933 to1978, starting with the earliest films made by European Jews in Palestine during the British Mandate. The second part covers the years 1978 to 2005 and examines the wave of films dealing of political issues and the trend toward a more personal approach to cinema.

Nadjari tells the story through interviews with film professionals, critics and intellectuals — including Amos Gitai, Joseph Ceder, Avi Mograbi, Yehuda Ne’eman, Menachem Golan, Moshe Ivgy and Zeev Revach — and extensive use of film clips, which are woven into a kinetic and engaging documentary that invites the audience to share in the process of discovery.

What makes “A History of Israeli Cinema” so successful is the engagement that Nadjari achieves though an almost Talmudic dialectical process — the way that the confluence of voices and visual quotations often refer back to and reflect each other. In the film, Nadjari eschews narration and remains hidden behind his sources. In person, however, he is eminently talkative.

Nadjari arrives late for our meeting, dressed casually in black. His sympathetic face is set off by a short coif, and light beard and rectangular black-rimmed eyeglasses. Nadjari carefully measures his words and speaks in eloquent — if not always grammatically flawless — English with lilting accents of French and Hebrew.

Nadjari was hardly an expert on the subject of Israeli cinema when the French TV channel ARTE approached him about making the film. And he never imagined that the finished product would end up running three-and-a-half hours. As Nadjari plunged into a full exploration, the format of his film changed. “It became the story of our gaze, our look on things, he said. You share in the development of our own consciousness.”

From the beginning, Nadjari wanted his film to be analytic. “The film is not a showcase. To me, the Israeli cinema is like an invitation to think about the function of cinema,” he explained. “Should cinema continue to raise all the questions of man, of woman, social, ethical, ethnical, religious, non-religious? It’s amazing to see the high quality of debate in a cinema, which is much more interesting because it is kind of the way our imagination works, and is sometimes not quite conscious.” One walks away from Nadjari’s film amazed that Israeli cinema is such an open forum for multiple viewpoints and perspectives, given the country’s never-ending religious, ethical and geopolitical conflicts.

While we never get to hear Nadjari’s opinion explicitly in his film, his guidance is evident in the care with which he weaves together interviews and archival footage. He sees himself as mostly glossing the terms of the debate and attempting a definition. “Probably I’m trying to make a pshat,” he said, referring to a method that Bible scholars use to understand the text. “Trying to define things is trying to disambiguate and to show the complexity.”

In the course of the film, filmmakers and scholars sit around, debating terms and fighting to reinvent definitions. “Whatever is in motion, whatever doesn’t have a form, is always reinventing itself. That’s what’s unique about it.” Nadjari said: “These films are crazy. They are leftovers of fictions that can’t negotiate to build a national history. It’s so interesting to see how deconstructive all this is. Like every time you want to have an idea, it gets deconstructed. Next time you have an idea, it goes in debate.” This constant flux of a national art form that continually struggles to find its identity makes Nadjari’s subject elusive. In keeping with this sentiment, Nadjari urges that his film is not the definitive history of Israeli cinema: “To me, this film is a step in the research.”

Nadjari says that the technical aspects of Israeli filmmaking have often overshadowed the issues the films themselves raised. “We’re talking about the build-up of a conscience,” the filmmaker continued, “on a place that struggles to find its ethic. So it’s really interesting in the sense that we see a cinematography that some people could call boring — but in fact they didn’t see it, because people, when they go to films, are obsessed with efficiency.” He compares Uri Zohar’s classic “Hole in the Moon” to the work of French film pioneer George Méliès, a director whose appeal exceeds the craft of his films: “It’s not well written, it’s not well said. But it’s so beautiful.”

The historical fact that Israel missed out on the chance to pioneer the art of film is crucial for Nadjari, who says that Israeli cinema was aware from the first that it could not be original. But this late start was far from a disadvantage; it just created new opportunities. “If Israeli cinema could not be original, it tried to become exemplary. And if it couldn’t be exemplary, so it tried to become unique. And if it wasn’t able to be unique, then it tried to expose contradictions,” he explains that the insecurity and restlessness of Israeli film makes it an elusive subject for documenting. “It will always go out of your hand because it has no form and in the end – it will always be original. That’s the funny thing; in the end it will always be exemplary.”

Nadjari interprets the recent Oscar excitement surrounding “Waltz With Bashir” as illustrating the point. “What does it mean?” he asked rhetorically. “That it’s the definitive achievement of Israeli cinema? But it cannot be this.” This is but another facet of Israeli cinema that makes it so fascinating to observe, this constant rush to produce the definitive statement. “That’s what I like — because these films are each time a breakthrough. Breakthrough after breakthrough.”

A.J. Goldmann writes about film and music from Berlin and New York.