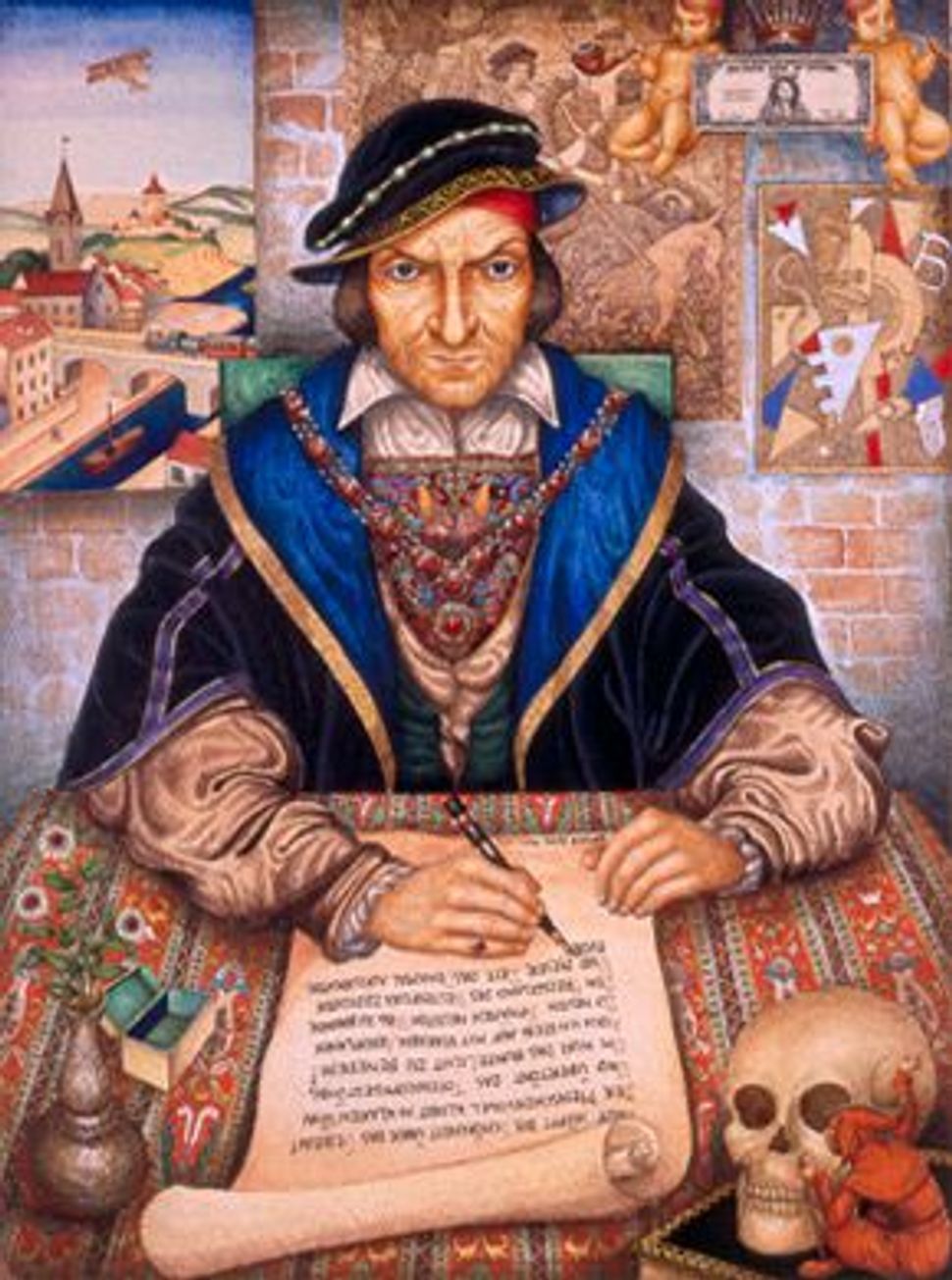 Unpacking a Painting: ?The Scribe? is one the most symbolic and complicated paintings to come out of Arthur Szyk?s Paris period. Image by Historicana

On an immediate level, illustrator Arthur Szyk’s (1894–1951) “The Scribe,” painted during his late twenties in Paris, is a confident display of technical mastery. Here’s a young artist who can do ornate, Renaissance illuminations; he can also give you Picasso’s abstraction. Actually, he can give you both at once. This painting, as it turns out, is the only one in which a Picasso appears in Szyk’s entire body of work — merely as though to prove he’s capable of it if he cares to show it.

But as Szyk is often quoted as having said, art was a means, not an end for him: “The Scribe” is one the most symbolic and complicated paintings to come out of his Paris period, perhaps his whole career. 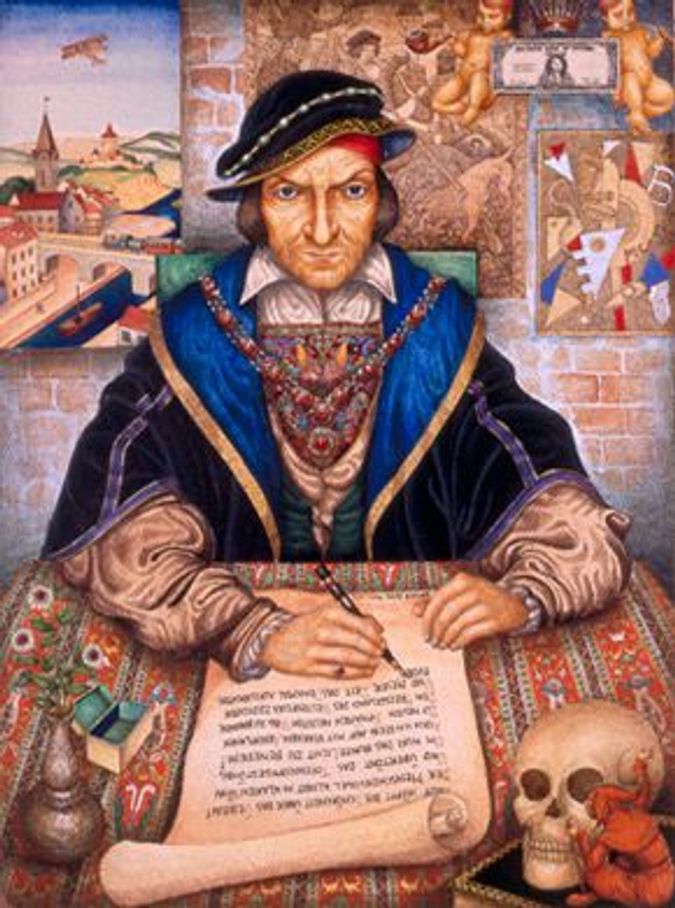 Unpacking a Painting: ?The Scribe? is one the most symbolic and complicated paintings to come out of Arthur Szyk?s Paris period. Image by Historicana

In it the scribe and his surroundings are the medium, and the tight, almost illegible Germanic script that he is penning, is the message. Szyk wrote the document himself, a commentary on the modern world and its relation to its medieval forbear, as he saw it from Paris in the 1920s.

The dense treatise is almost impossible to parse, but its meaning is accessible through the imagery accompanying it. Though the scribe is in traditional garb, he is writing with a modern pen. High-tech transport hovers in one corner, fluttering cherubim in the other.

But the cherubim aren’t inured from modernity, they hold aloft a dollar bill — an almost spoof-like image of a divine little bailout that reminds us of the different sensibilities that governed the modern and medieval eras.

“Money is important to the modern world,” is certainly one meaning, suggested Irvin Ungar, the leading Syzk authority. But don’t automatically assume the confrontation is a straight indictment of 20th century values. ”He may be stating that this is what some might think is the objective [of the modern world] – putting it out there to be studied.”

To be studied, and reflected on, perhaps. “I think he’s saying, there’s things that are real, things that matter, and things that don’t,” continued Ungar. “He’s trying to say that both worlds exist and that somehow in this world, one has to negotiate and make a choice.”