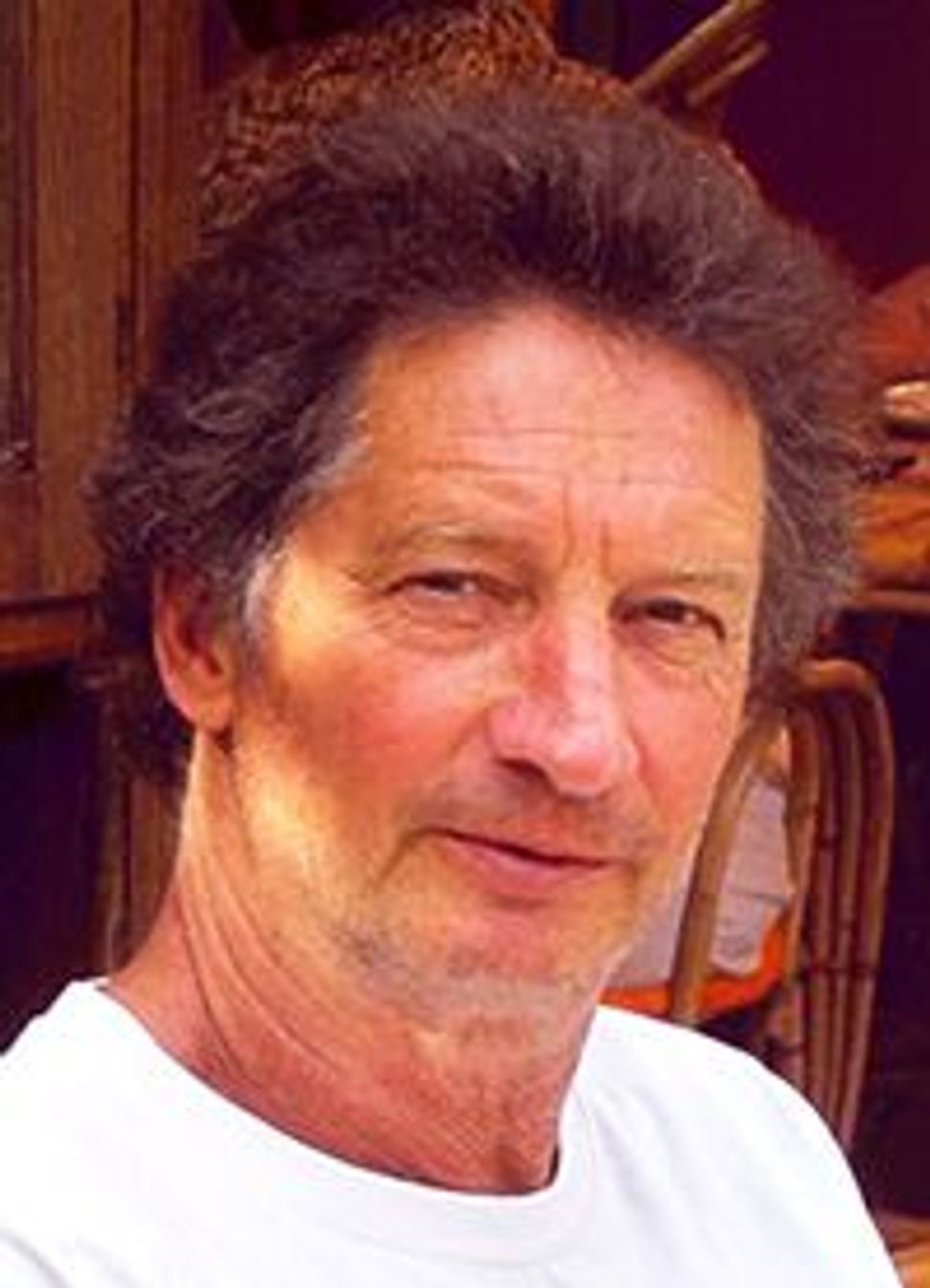 Vanity of vanities, all is vanity, saith poet Michael Blumenthal. 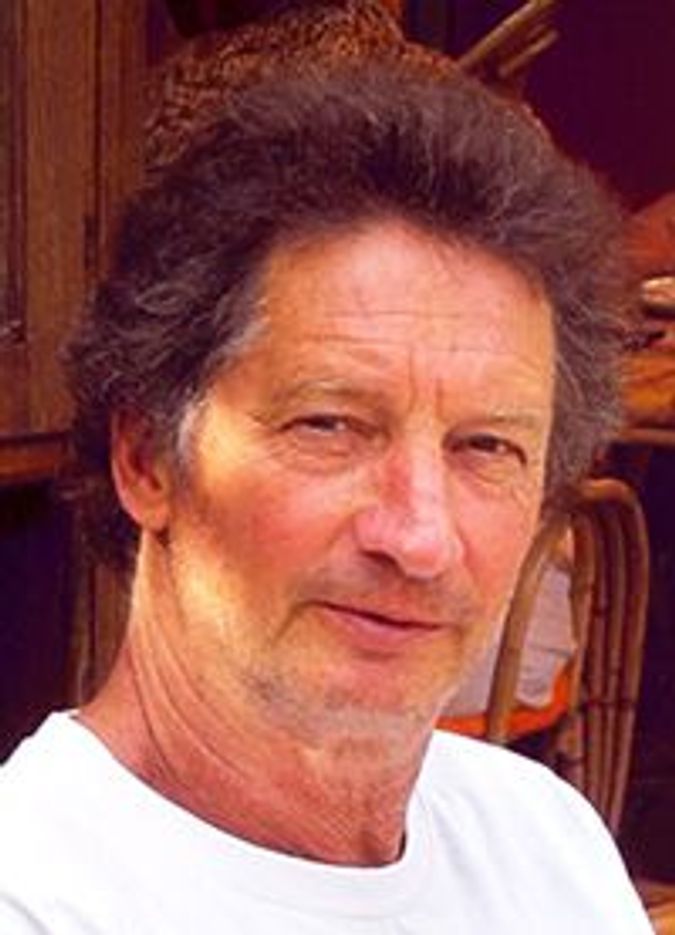 Well, in fact, he nearly saith that. Not quite, but almost.

Blumenthal’s new collection of poems, titled “And,” is the closest that the stoicism of Ecclesiastes will come to getting a 21st-century makeover. In it, there’s a time to laugh and cry, scatter stones and gather them up, and all the rest. There’s no point, though, in toil and hope beyond that. After reading these poems, which are designed with a cosmic sweep, you get the feeling that Blumenthal’s plan is, as in Dylan Thomas’s poem, eventually just to go gentle into that good night: “Rage, rage against the dying of the light” be damned.

Indeed, while Dylan Thomas urged old men to push back against old age, Blumenthal opts for acquiescence, examining, in one poem, the cost-benefit of flirting with a hottie waitress vs. getting sufficient rest: “the gods of sleep… are the ones you worship now, not the gods of sex, not the lip-smacking orgiastic saints of your younger years.” As the sage “Dirty” Harry Callahan once said, for quite different reasons — ones having little to do with an ancient, atomistic view of the world — “Man’s got to know his limitations.”

Yet, man usually considers himself the measure of all things, even when the “monstrous stays monstrous,” Blumenthal writes, “and the beautiful, too — it stays.” Despite our best efforts, according to “And It Has All Come to Nothing, My Weeping and Railing,” little truly changes. The birds keep singing, water flows, wind blows and the world turns with inhuman indifference. It’s not resignation so much as earned wisdom that resounds from this poem’s opening statement, a line as conspicuous for its brevity as most lines in this wryly grandiloquent volume are for their length.

Simply put, Blumenthal asserts, with existential chutzpah, “The world is.”

As for morality and the problem of evil, how far has that debate really come? In “And the Wages of Goodness Are Not Assured,” we are reminded that Jacob stole his brother’s blessing and God smiled on him; Abel was God’s favorite and Cain smote him; Job never stopped loving God, yet God gave him boils, and far, far worse:

all this should give pause

when we contemplate the abstract justice of

some perfecter world, when we sift through

the dark lexicon of possible deeds in search of

The pessimism of the narrative voice is moreover built into the grammar of “And” — right down to the title. The word befits “the nomenclature of grief and desire,” Blumenthal writes. And perhaps it’s the perfect word to illustrate humanity’s paradox. To be human is to long for something, and to long for something is to be in pain, and to be in pain is to be human. It looks as if idealism is damned, too.

But is the world according to “And” really the worst of all possible worlds?

Blumenthal was born to New Jersey chicken farmers but raised by Holocaust survivors in Manhattan. (His parents gave him to his aunt and uncle to rear.) Blumenthal didn’t know until his “mother’s” death, when he was 10, that she wasn’t his real mother. His “father” later remarried, and his stepmother abused and neglected him. The result, according to the poet’s biography on his Web site (in the third person), was “a life-long inability to love as he would have wanted to.”

The pain of his early life emerged in “Weinstock Among the Dying,” a 1993 novel about a Harvard University professor’s attempts to grieve for his adoptive aunt and to understand his family’s beleaguered legacy. Later, Blumenthal addressed these themes explicitly in an acclaimed 2003 memoir, “All My Mothers and Fathers,” a book that many critics compared to Frank McCourt’s ode to his dead Irish mother, Angela (“Angela’s Ashes”), with the exception that, despite its abundant warmth and wit, Blumenthal’s wounds appear never to have healed.

There isn’t a note of self-pity here, yet woundedness casts a sobering shadow. Indeed, it’s given greater pathos by the poet’s immense gift for creating formal construction. Most of these poems are made of three-line stanzas, or tercets, with about 6 to 8 feet per line. The result is songlike phrasing, along with an implied anapestic beat (which sounds like da-da-dah) that recalls the vigorous but unmetered rhythms of the King James Bible, especially in Psalms. The publisher, BOA Editions, even designed a square format for “And” to maintain line integrity.

Echoing the King James repetition of “and” allows for ample comic effect. Blumenthal mixes Yahweh-like authority with a variety of things. For instance, mundane language: “And Whose Is the Triumph of Stinky Similitude? And Where Is the Rapture of the Seas?”; ordinary children’s scenes — “And I have known the tedium of playgrounds — /the swing sets rising like sin into the blustery air,/the sandboxes alive with their own dust; arguments over aesthetic value: “And the Fraudulence of Surrealism Is Hereby Exposed”; alienation: “And the Deep Elegy That Rises From the Mountain Has No Home,” and tragedy: “And the Defeated Have Little To Offer Their Children. And the World Sleeps On.”

This mirroring of the psalmist manages to make Blumenthal’s gloominess sound buoyant, almost joyful, as if the music of these long, shimmering lines were an antidote to the most pernicious kind of pessimism. Even as Blumenthal mewls over the indignities of old age

I have been poked and prodded for weeks, seeking to identify

the source of the maladies and maledictions, and nothing whatsoever

has been found at the root of things, I am merely my old self

the poem feels vital, like a hymn of praise.

In “And,” this is indeed the worst of all possible worlds. Even so, as Blumenthal illustrates with this tender and sweet volume of verse, that doesn’t “exempt us from the obligation to put things beautifully,/that stylistic perfection, too, is a source of gratification.”

And I have Known the Tedium of Playgrounds

And I have known the tedium of playgrounds—
the swing sets rising like suns into the blustery air,
the sandboxes alive with their own dust,

the jungle gyms climbed and risen through
and swung from by the monkeying offspring,
the ever-hopeful mothers in high heels and

the hopeless ones in their doughty aprons
and hairstyles of wind. I have seen the fathers
nervously gazing around, not quite knowing

what to do, and the innocent babysitters and au pairs
offering the fathers a new life, rekindling the fires
of youth. I have seen the children, morally free

and impervious to the happiness of their elders,
cackling like drunken chimps on the parallel bars,
hiding from and seeking their arthritic keepers,

and I have seen the day dismembered by noise
and graffitied child-yelps, I have sat here
on restless afternoons that might have been spent

amid the wet come-cries of older children. Yes,
I have known the tedium of playgrounds—
the children flying happily into the future,

And the Defeated Have Little to Offer Their Children. And the World Sleeps On

Because my son is sleeping so quietly, so peacefully, in the room next door,
I will note give up and mount a white flag on the doors of my house, I will not
partake of the noisy dreams of the defeated, nor will I mount on my doorposts

slanted prayers to some invisible god, I will not do anything but continue
as I have done, impervious to vicissitudes, anesthetized by rejections, insane
to make everything turn out right for the young and the innocent and the

resilient disciples of some better world than this. No, God, I will not stagger
like Sisyphus up his silly hill, I will not go on pushing my stones and boulders
on their way to nowhere. Delinquent on all my debts, I will continue to ride,

frictionless as a skateboarder, savage as a pit viper, remorseless as a seriel killer,
on the highways and byways, these autobahns of lust and aphrodisia, serpent
to the stars, orangutan of the little trees, egg all over my face, and the sweet

mercurochrome of every possible healing applied to my wounds by the one
nurse in her white garments who can cure everything, sweet little amulet
of hope, sister of mercy, that uninhabited dancer who lets us praise and sleep.

But it is sleepy sleepy, has taken too many antibiotics, does not,
on occasion, recognize its own face in the mirror, yet still agrees
with Schopenhauer, that even this, the worst of all possible worlds,

doesn’t exempt us from the obligation to put things beautifully,
that stylistic perfection, too, is a source of gratification. So what
if things are not the way they used to be, huge missteps taken

in every direction, wrong choices, unlikely alliances, friends
not in the higest of places, but usually the lowest? The dogwoods
and Eastern redbuds, nonetheless, are flowering once more, I

have been poked and proddeed for weeks, seeking to identify
the source of maladies and maledictions, and nothing whatsoever
has been found at the root of thing, I am merely my old self

in an achier, sloppier version, en route to the usual destinies:
Zhivago, lumbago, back pain, angina—gaze shimmying towards
the obits, birds once identified now nameless in the trees, and all

I’m able to do about it is to keep calling my own name, listen
to András Schiff playing The Goldberg Variations, keep turning
my face towards the sun, waiting for someone, anyone, to call back.

John Stoehr is the arts editor of Charleston City Paper.