Do Jews Have a Jesus Problem? 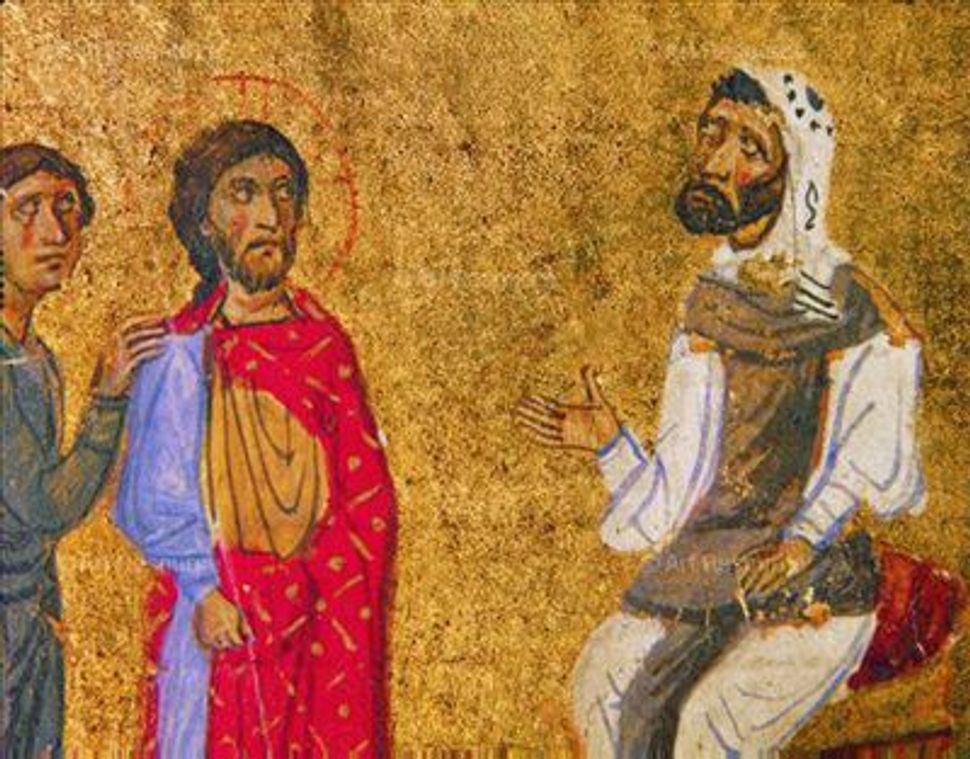 The joke, if that’s what it is, goes like this: “You’ll have to forgive us Jews for being a little nervous. Two thousand years of Christian love have worn down our nerves.” 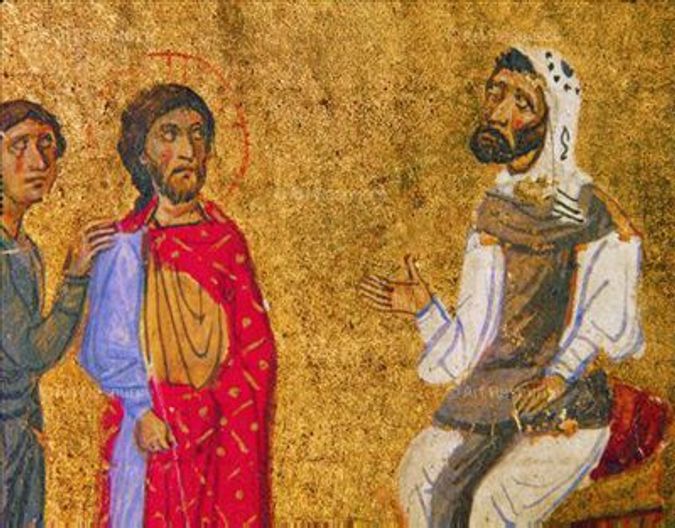 That says it all, doesn’t it? The scars of antisemitism and missionary activity, the pathos-drenched sense of humor, the contempt for Christianity — this is certainly how I regarded our local majority religion as I was growing up. When I was a child, Christianity was like the big, stupid bully: at once idiotic, and overwhelmingly powerful. Couldn’t they see how ridiculous their religion was? A virgin birth? Santa Claus? An Easter Bunny? A messiah who got killed, but actually died for our sins? And yet, these were the people running our country, telling us which days we get off from school and which we don’t, and playing their insidious music every winter.

If the books the Forward receives for review are any indication, I am not alone in my neurosis about Yeshu ben Yoseph. Though nothing, it seems, will match the never-ending torrent of books about the Holocaust, these past few years have seen a small mountain of Jesus books arrive on my desk, most of them not worthy of review. Screeds about how Jesus got Judaism wrong, or how Christians got Jesus wrong, or how much better we are than they are — these are books my younger self would have written.

Surely, some of the Jesus fad is due to the success of David Klinghoffer’s 2005 book, “Why the Jews Rejected Jesus.” (Answer: We’re the chosen people — a nation, not universalists.) But I think a lot of it is also due to our increased confidence as an assimilated minority in the United States. Where once we could have been tortured or burned for not accepting Christ, now we can publish books criticizing him.

It was not always thus. Indeed, the texts discussed in the best book of the recent crop, Peter Schafer’s “Jesus in the Talmud,” were once considered so outrageous that they were self-censored from European editions of the Talmud. Not that the attempt succeeded: Christian authorities burned the Talmud anyway, and antisemitism continued unabated. But the censorship did succeed somewhat; these texts are practically unknown even today.

And they are still somewhat scandalous. What Schafer shows is that the rabbis of the Talmud knew the New Testament well enough to parody it and were concerned enough about the growth of the Jewish-Christian sect to condemn the testament. And they did so in unsparing terms.

The image of Jesus that one gets from the Talmud is that of an illicit, sex-crazed black magician who uses trickery to lead Israel astray. In BT Sanhedrin 103a, Jesus is depicted as a poor disciple who “spoiled his food,” which Schafer speculates may be a euphemism for sexual misconduct: “to eat the dish” being a recognized Talmudic euphemism known for the sex act itself. A later emendation adds that he “practiced magic and led Israel astray.” And the virgin birth is ridiculed as a cover-up of Jesus’ true parentage: His mother was an “illicit woman” (another Talmudic locution), perhaps even a prostitute.

Strong stuff — no wonder they don’t teach it in Sunday school. But fascinating, as well, as long as, of course, we don’t take it too seriously (which, doubtless, some Jews do). The texts Schafer adduces — all of them relatively late, dating to the third- or fourth-century C.E., suggesting a conscious effort to fight the upstart sect — show that the Talmudic rabbis did not reject Jesus for the noble reasons that Klinghoffer and his ilk suggest. At least according to these texts, they rejected him because they thought he was evil, or saw him as a threat.

The most notorious of all the “Jesus texts,” however, is BT Sanhedrin 43a, which describes the halachic procedure of Jesus’ trial and execution. This is notorious, of course, because for nearly 2,000 years, Christian authorities have been blaming the Jews for killing Jesus, even though the New Testament itself makes clear that it’s the Romans who actually did the deed.

Shockingly, however, the Talmud does not shirk responsibility for Jesus’ death. On the contrary, it says that he deserved it and that the Jews did it themselves. Jesus was, the text relates, a sorcerer, an idolater and a heretic who led Israel to idolatry. His conviction was entirely just, and his execution — stoning and then hanging — was carried out in strict accordance with rabbinic law.

Why would the Talmud make such a claim? Schafer speculates it is to undermine the Gospels’ account and empower the rabbis. In the Gospels’ account, the rabbis are tools, almost, of Rome. In the Talmud’s account, they are powerful — so powerful that they condemned the hero of the Christian sect to his brutal death. (Believe it or not, there are actually even more graphic texts, which Schafer includes in his book. Suffice to say, their gruesome account of hell puts even Dante to shame. But I’ll leave that out of this family newspaper.)

What’s fascinating about reading these texts together with Schafer’s careful and thorough commentary is that the ambivalence about Jesus, which I experienced as a young man, seems to be already in place back in the fourth century. On the one hand, Jesus is beneath contempt. On the other, he is dangerously powerful. These texts were written before the church became the most powerful force on Earth, but they wouldn’t be out of place among the books I chose not to include here.

Indeed, I’m sure that there are some readers who may have preferred these comments not be published at all. The texts in Schafer’s book are still dangerous. They still might incite violence against Jews. And they threaten decades of progress in Jewish-Christian relations.

One wonders when, if ever, we Jews will be able to heal from the trauma of Christian oppression and actually learn from, while still differentiating ourselves from, Christian teaching and tradition. Along my own spiritual path, I’ve been amazed at how much I learn from the teachings of other traditions — Buddhism, Hinduism, Paganism, Sufism — yet how jittery I get when it comes to Christianity. Yes, like many Jews, I have an appreciation for the teachings of Jesus, and I even wrote my master’s thesis on Paul and the Talmud. But this isn’t enough. I want to understand Christ the way Christians do — not to become one of them, but in order to enrich my own religious life. I want to learn from them how to have a personal relationship with a personal, humanized, embodied God who cares, and who saves. I want to experience Jesus as a human being enlightened enough to see everyone as holy, even the impure, the leprous and the marginalized. And I want to follow his example, seeing all my fellow human beings and myself as sons and daughters of God.

Four years ago, I developed some of these thoughts in an essay in Zeek magazine. I playfully titled the piece “How I Finally Came To Accept Christ in My Heart,” explaining the irony in the first paragraph. At a conference where the magazines were for sale, someone saw that title, took the entire stack of magazines and threw it on the floor, proceeding to scream at the bookseller for selling missionary trash.

Well, I guess you’ll have to forgive us Jews for *still *being a little nervous…

Do Jews Have a Jesus Problem?