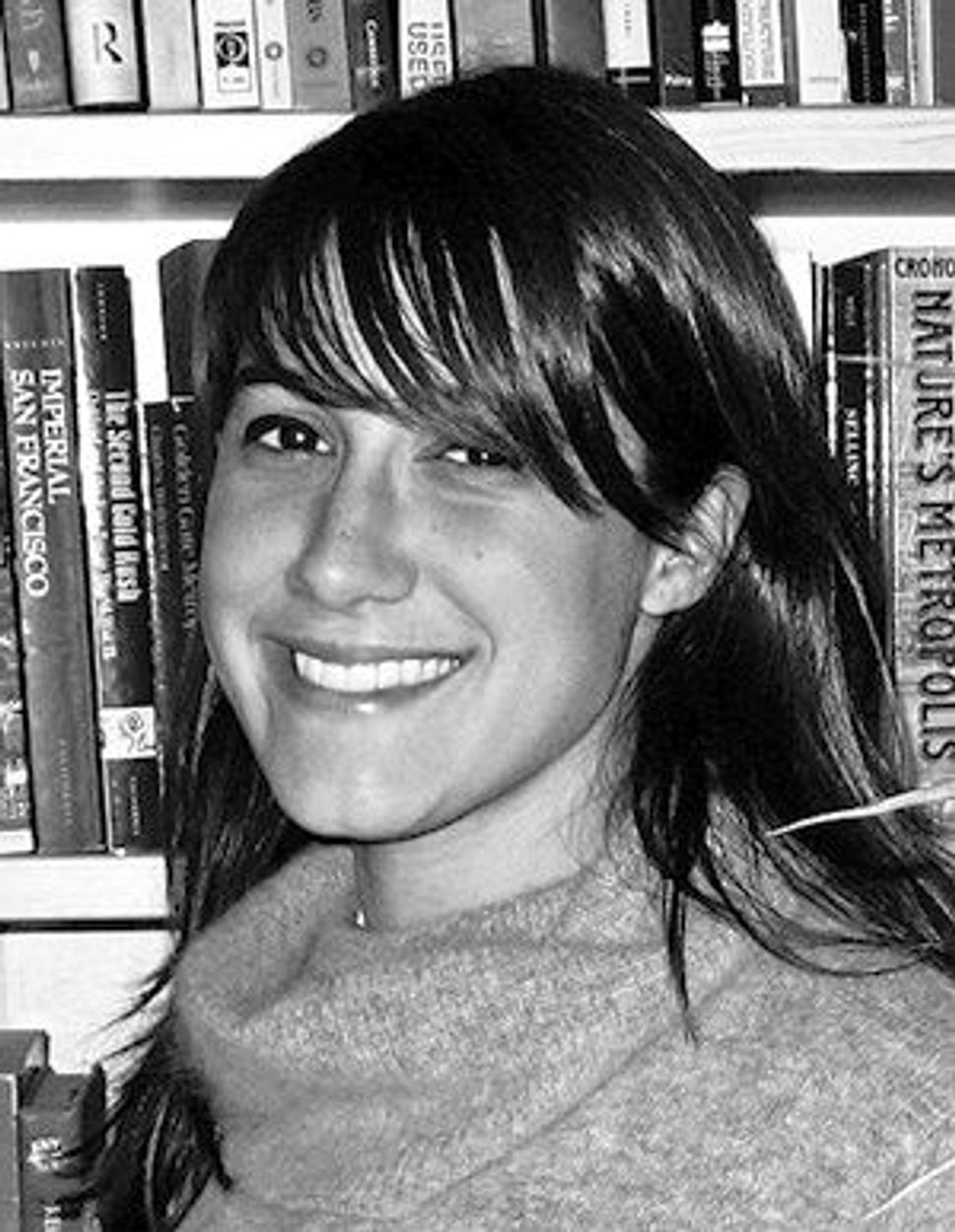 Fulbright and Beyond: From a cocktail party attendee to award-winning writer in one novel swoop. Image by SARA HOUGHTELING

A chance encounter at a Parisian cocktail party brought novelist Sara Houghteling together with the woman whose family would serve as the subject of her first novel. Chatting with a lawyer, Houghteling mentioned her work in progress, which would study the efforts of a prominent French family of art dealers to recover works of art looted by the Nazis. She was told the story sounded a great deal like that of a friend’s family. The 31-year-old Jewish novelist was introduced to Marianne Rosenberg, whose grandfather, Paul, had been one of the most prominent dealers of modern art in pre-World War II Paris, serving as the exclusive dealer for Picasso, Braque and Matisse, among others. Houghteling already had been fascinated by the heroic efforts of the curator of the Jeu de Paume museum in Paris, Rose Valland, who had taken great risks to document Nazi looting. Bringing together the two strands — dealer and curator, Jew and non-Jew — Houghteling’s debut novel, “Pictures at an Exhibition,” was born. 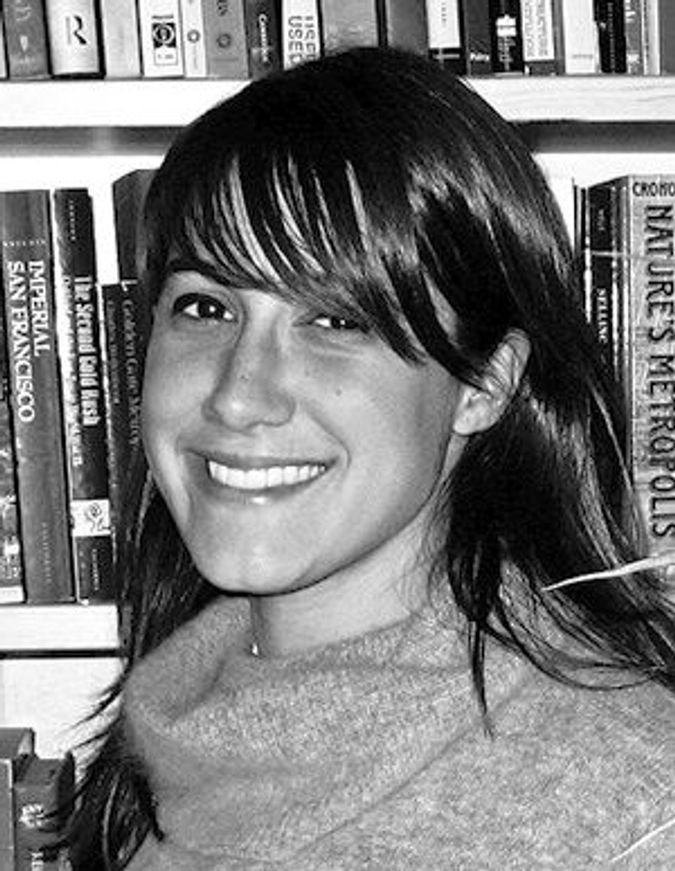 Fulbright and Beyond: From a cocktail party attendee to award-winning writer in one novel swoop. Image by SARA HOUGHTELING

“The modern art world, in my opinion,” Houghteling said, “was really driven by these Jewish dealers, who were willing to take tremendous financial risks, tremendous professional risks, on these Christian artists so they could be artists.”

The protagonist of “Pictures,” Max Berenzon, scion of the art dealing Berenzon family, undertakes a Dantean journey through the post-liberation Parisian underworld, in search of his father’s stolen collection. His father’s onetime assistant, Rose Clement, the subject of the younger Berenzon’s unrequited love, turns herself into “a registry of lost art,” assisting Berenzon in sorting through the amoral morass of former Nazi collaborators and unscrupulous dealers — all in the hope of tracking down his father’s favorite painting: Manet’s forlorn, barren “Almonds.” Clement and Berenzon are representatives of a France that never was, unceasingly pursuing the truth of French collaboration and moral callousness, and “Almonds” is a symbol of Berenzon’s own constricted life.

“Max is somebody who feels constrained in his life, and he doesn’t quite understand why. This is a late Manet, and so it’s a very constrained painting,” Houghteling said.

For the author, the seeds of “Pictures” had been planted long ago. “My father’s father worked for the Marshall Plan, and so my father lived in Paris as a young boy in the postwar period, and had these incredible stories of being in a place that’s known as the capital of luxury, but where there was also incredible privation,” the author and California high school teacher said. An art history enthusiast, Houghteling had suggested writing a series of interconnected stories inspired by Manet paintings for her Harvard undergraduate thesis, only to be summarily denied; however, while enrolled in a Master of Fine Arts program at the University of Michigan, Houghteling had the opportunity to study art history with a professor who was willing to accept novel chapters in lieu of research papers.

Houghteling’s grasp of art historical nuance is immediately obvious in reading “Pictures,” which mingles suspense novel atmospherics and Jewish history with sharply observed thumbnail portraits of lost modern art masterpieces. “Whenever I was stuck in the novel, I would try and write about a painting,” Houghteling remembered, “and that would often help me become unstuck. Probably, the tension between two different art forms rubbing up against each other liberated my writer’s block.”

Houghteling spent a year in Paris on a Fulbright scholarship, and encounters with the elderly Jews she met there informed the novel’s atmosphere. The elfin descendant of a furniture dealer remembered gentile families ringing his family’s doorbell in the middle of the night. When the door was opened, his family would discover 10 matching chairs, or an armoire. His parents chalked it up to French generosity to a family in need, but the sons knew otherwise, seeing the anonymous donations as ex-collaborators’ scrambling to discard the evidence of their assistance to the Nazis.

Romance and clear-eyed historical reportage: These are the building blocks of Houghteling’s novel, the product of a Jewish writer for whom the idea of France is perpetually fraught with conflict. For a brief moment, Houghteling considered writing “Pictures” from the perspective of a Christian art dealer, but this notion was rapidly jettisoned. “I thought about what it would be like to write this from the point of view of a Christian art dealing family, and I realize that I’ve never tasted a communion wafer,” Houghteling noted. “That was my real hang-up.”

At an event at New York’s Museum of Jewish Heritage last February, Houghteling and Rosenberg discussed the fate of the latter’s art collection, of which 62 paintings remain at large. The Rosenberg family has pledged never to settle for a payoff, preferring the paintings themselves to a financial settlement. Encouraged by the recent return of numerous legendary artworks, including Klimt’s “Adele Bloch-Bauer I,” to their rightful Jewish owners, Rosenberg expressed cautious optimism that eventually, the remainder of her family’s paintings would be discovered. Unlikelier things had happened: Rosenberg’s father, Alexandre, serving with De Gaulle’s Free French Forces, had been sent in 1944 to stop the last train of Jews being deported from France. The train contained no Jews, but Rosenberg discovered 29 Braques, eight Bonnards, four Degas and 64 Picassos — all belonging to his family.

Saul Austerlitz is a writer living in New York.