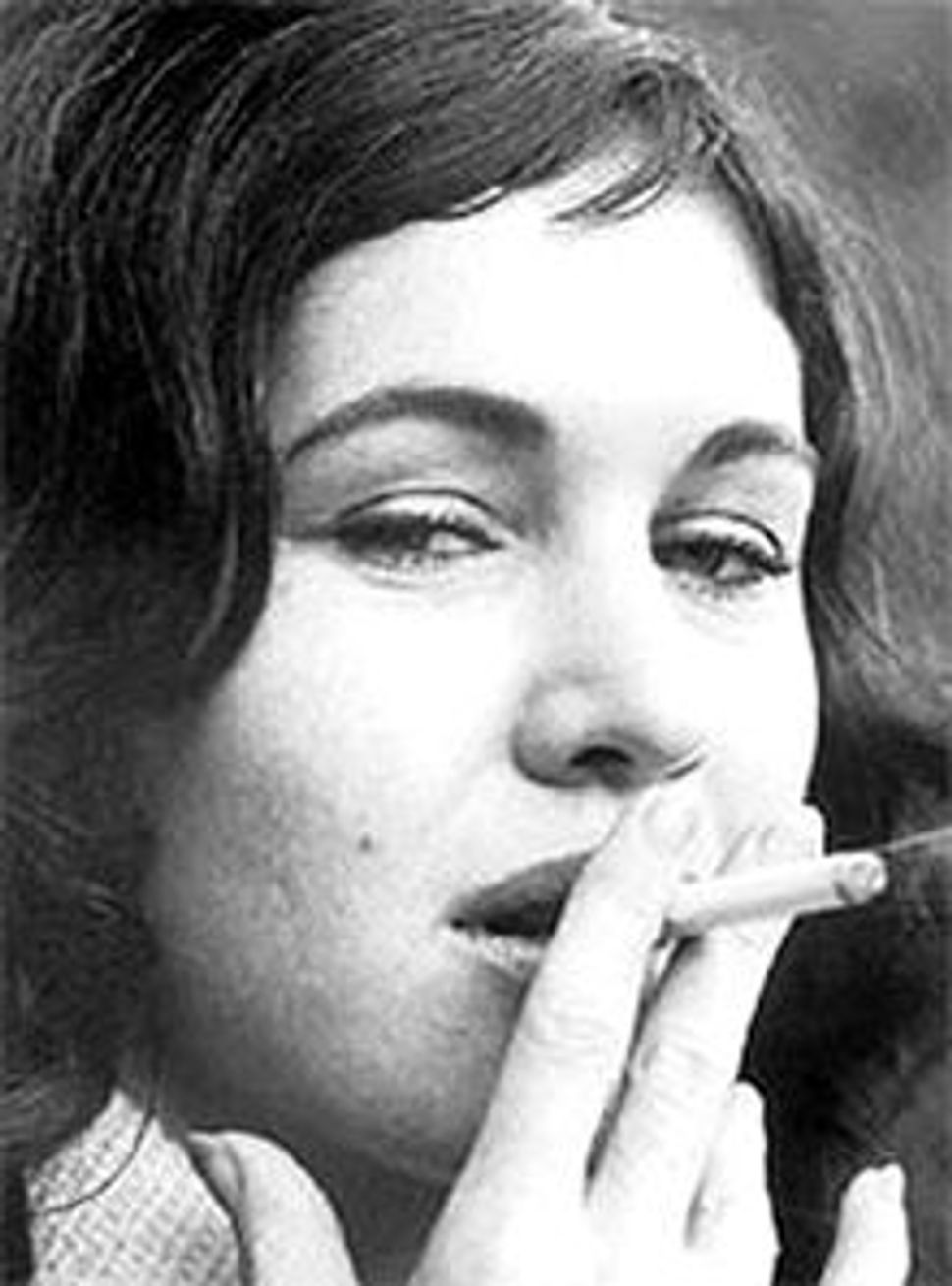 Luscious and Left: From 1959 to her death in 2005, Ravikovitch was an important progressive voice in political and poetical Israel. Image by DINA GONA

Dahlia Ravikovitch, one of Israel’s major poets, played a formative role in both the poetic culture of the state and the undoing of the male dominance in Israeli poetry and culture. The publication of “Hovering at Low Altitude,” as translated by the two Chanas — Kronfeld and Bloch — is a wonderful occasion for anyone remotely interested in Hebrew letters, and for those interested in poetry wherever it’s written. Translating the collected poems of this complex and historically pivotal Israeli poet is a monumental task, to say the least, and one brilliantly executed by the duo. 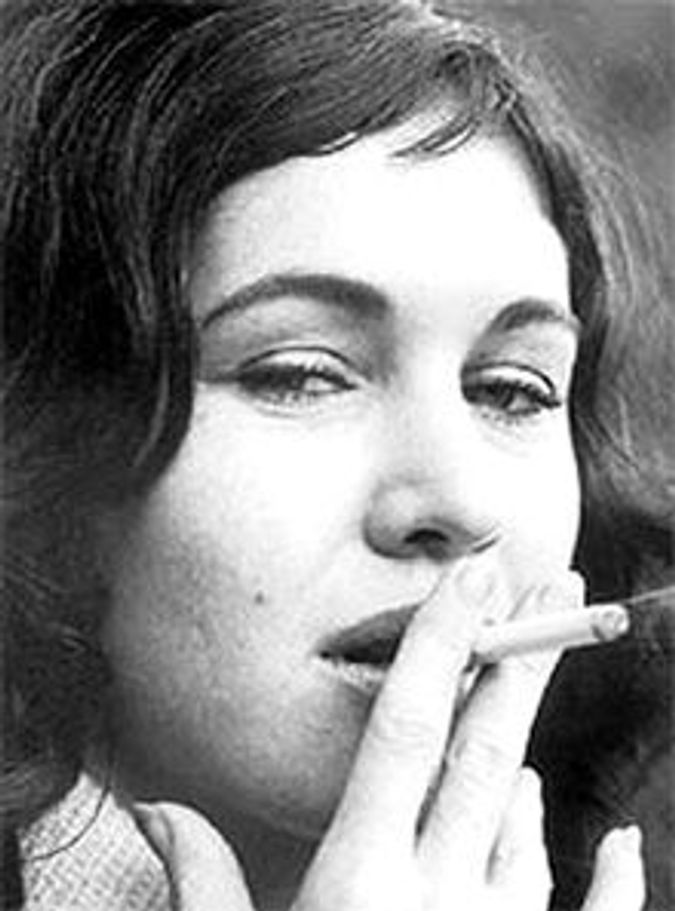 Luscious and Left: From 1959 to her death in 2005, Ravikovitch was an important progressive voice in political and poetical Israel. Image by DINA GONA

Neither Chana requires introduction: Bloch is a notable poet in her own right, and she already has given us some of the finest English translations of Hebrew poetry, including a selection of poems by Ravikovitch. Kronfeld is the first lady of Hebrew literature in America, a well-loved teacher who helped turn Berkeley into a powerhouse of Hebrew studies. Together they have already collaborated on a translation of Yehuda Amichai’s sublime final book, “Open Closed Open,” and with the present volume, they offer the English reader a rare opportunity to experience Hebrew poetry in almost paradoxical proximity.

There is no need to rehearse the difficulties of poetic translation, yet translation from Hebrew, where poetry can hardly distance itself from the constant resonance of scripture, is especially fraught. A well-placed word can drag a whole book of the Bible into a poem and imbue it with the poetic spirit — albeit a particular type of poetic spirit. It is on this level that the present translation excels. Together, the two Chanas bring to the translation a sensibility and understanding of allusion that gives the reader a clear idea of what remains inaccessible. Yet all the footnotes in the world — and each poem is accompanied by several clarifying footnotes — can only make the reader feel like Moses: in sight of a Promised Land that’s impossible to enter.

Ravikovitch began to publish in 1955, making her first appearance in the journal Orlogin, edited by Avraham Shlonsky, himself a major poet and persona at the time. From the start, when her book “The Love of an Orange” appeared in 1959, it was clear she was a major poet. Her early poetry appears almost defensive in its luscious employment of Hebrew, going against a national culture that generally confined women’s literature to the private sphere. Her defiance, like that of her predecessor Yocheved Bat-Miriam, ran the risk of pigeonholing her as another stereotype of female writer: the Delphic mystic.

In the works that follow, one can see her striving both to engage and to resist. In the Hebrew, it is clearly visible that her poetry slowly turns away from the literary and toward a more quotidian Hebrew that still remains in the dialogue of the literary canon, but mainly with the Bible, dropping most of the more obscure references that dominate her early poetry. Like the title of her first book — where the English word “Orange” does not really capture the Hebrew “Tapuach Zahav” (literally “golden apple” rather than the abbreviated vernacular “tapuz” ) — much of this richness is lost.

No less misleading is the inevitable reading of her poetry as a representation of Israeli culture. By the time Ravikovitch passed away in 2005, she was a national favorite, but in a culture that showed poets very little kindness and attributed little significance to their elaboration of reality. Similarly, despite her indubitable leftist political commitment, it would be a mistake to read her solely as a political poet — not because we cannot, but because we lose so much in doing so. As the footnotes and the lucid introduction clearly demonstrate, Israeli politics and history are constantly in view. But as an interpretative key, the Chanas’ apparatus partakes in empire rather than resists.

I would recommend reading this book as it is, far from its original context, ignoring the footnotes and concentrating on being lost in translation rather than fixating on what has been lost in translation. If the exact meanings cannot be rendered, yet her rhythm and alliteration are perfectly captured, as is her sense of being. Ravikovitch is a maestro living in a hot violent country she cannot change, and about which she need not say more than is obvious. In Hebrew, one can argue that her poetry, through language, challenges deep cultural institutions, and her elaboration of complicity is relevant to any culture and translates well. Mostly what traverses the languages is well known: how Jews and Hebrew have turned cruel.

What remains in the end though is poetry: a voice beyond life conversing with the dead. From her “stinking Mediterranean city,” she speaks of all that people speak of in other stinking cities, as well as in those with a fairer scent. Her words carry pain, sorrow, love and solitude, even as those things seem to be disappearing in a violent world.

An orange did love

The man who ate it,

To its flayer it brought

Flesh for the teeth.

Translated into English, her poetry has a lusciousness that persists. Even without footnotes, most of her poems easily convey her bewildering capacity to marry complexity with simplicity, the lush with the barren, love with death. Thanks to the two very gifted Chanas, this is a work one hardly can read from cover to cover. Rather like very fine wine, or a very bitter cup, one should try to drink slowly. A poem a day has yet to keep any doctor away, but Ravikovitch’s poetry speaks English to the heart.