My Name is Apostle Lev 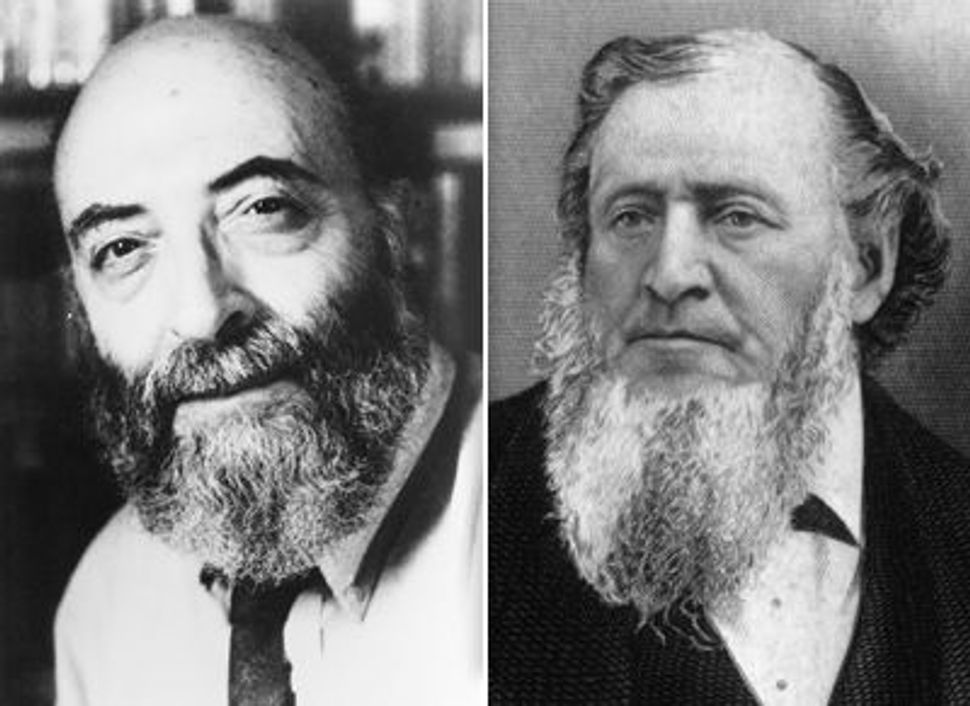 I wasn’t thinking about Mormons on March 4, when I tweeted about my review of “My Name is Asher Lev.” Thirty-six minutes later, I heard from William Morris, an expert on Mormon arts and culture. “Excellent review,” Morris noted. “For (I believe) obvious reasons, ‘My Name Is Asher Lev’ is very popular with Mormon writers and artists.” Those reasons may have been obvious to Morris, but the message caught me completely off guard. What does The Church of Jesus Christ of Latter-day Saints see in a novel about a Hasidic kid who grows increasingly alienated from his family and community when he paints nudes and crucifixions? 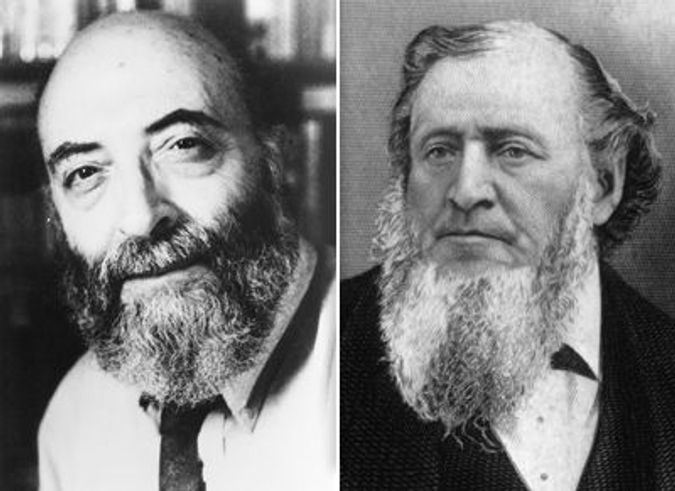 Mormon interest in Jews apparently stretches significantly further than the genealogies used to baptize Holocaust victims by proxy, as revealed in the recent uproar. Research uncovered a staggering amount of information on Potok and Mormonism. Google searches for “Chaim Potok” and “LDS” or “Chaim Potok” and “Mormon” yield a joint 4,000 hits, including an article in the journal Irreantum: A Review of Mormon Literature and Film by Elizabeth K.M. Busby, titled “Going Mainstream: Chaim Potok as a Model for Mormon Literature.” An online Mormon book group discussing “Reading Chaim Potok to Understand Mormonism” drew 65 comments on its first post. And the historical clincher: two audio cassette recordings of Potok’s address at Brigham Young University on December 9, 1982. And why was he there? In Potok’s words, according to an April 1983 article in BYU Today, “I came here, frankly, as a mark of the regard I have for the tenacious way you hold to your tradition.”

In fact, BYU’s library is a trove of Potok works. BYU’s collection includes 39 Potok books, including seven copies of “The Promise,” five of “My Name Is Asher Lev,” eight of “The Chosen,” seven of “In the Beginning,” and four of “The Book of Lights.” By comparison, Yeshiva University’s library has only 20 copies of Potok’s books — three fewer “Ashers,” four fewer “Beginnings,” and two fewer “Lights.” Salt Lake City’s public library system carries 27 Potok volumes, while the system in Newport News, Va., which has about the same population as Salt Lake City, has just 12 volumes.

Over the past few years, I’ve had the opportunity to talk to a few people in the LDS community. For a story I wrote about young Mormon artists question-

ing the historicity of church-sponsored paintings I interviewed both a Mormon bishop and a spokeswoman for the church and this year I ended up moderating a panel on Mormon art at the 2009 conference of the Sunstone Education Foundation, a Mormon not-for-profit unaffiliated with the church, in Arlington, Va. But this hardly prepared me for the answer to why some Mormons, at least, were looking to the Jews for inspiration: subgroups.

Several of the Mormons posting on the online forum cited Jews’ success at sustaining multiple denominations rather than enduring schism and reformation like the Catholic Church as a healthy religious role model. “I think we’re decades (or maybe a century or three) from having the kind of well-established subgroups as Judaism,” Kristine, a poster on the Potok forum wrote, noting that there are only affiliated and nonaffiliated Mormons, “unless, as mentioned above, you count the many Restoration churches that split off in the pre-Utah period and polygamous branches of the Mormon tree.”

Mary D. agreed. “It is central to Judaism to debate and question. If a Jew does not agree with the Rabbi they can move on to another synagogue. This is not the case in Mormonism. There is no way to legitimately be an orthodox, conservative, or reform Mormon,” she wrote on the forum. “I wonder if these differences come with age. Judaism has learned over thousands of years that survival necessitates having diversity. LDS is still very young. It is holding together through conformity.”

But the discussion was not monolithic, following almost Talmudic divagations. One poster said pretending that discussions of Jewish sects could reveal anything meaningful about Mormonism “diminishes the historical context of Judaism to the point of absurdity or obscures the nature of differing opinions within Mormonism.”

According to Ben Crowder, founder and editor of Mormon Artist magazine, mainstream Mormonism does not encourage denominations or subgroups, since the church maintains absolute authority. “If people have ideas for policies and practices, those sorts of things are great, but the church doesn’t change doctrine based on what other groups are doing,” he said. “Only the prophet can do that, and we believe that he only does so when directed by God through revelation.”

Though he thinks Kristine and Mary D. do not represent conventional Mormon views, Crowder said Mormons are definitely fascinated with Jewish culture, including the movie version of “Fiddler on the Roof.” Mormons consider Judaism to be a parent religion, and they study the New and Old Testaments, but a lot of what Mormons know about modern Jewish culture comes from Potok. Crowder said, “I’d say almost everyone at BYU knows of ‘The Chosen,’ or at least the people who read books do.”

“I don’t know of any other Jewish authors with the same sort of name recognition that Potok has among Mormons,” Busby said in an interview. “However, Jewish literature as a whole aggregate concept is often held up to show that there can be a Mormon literature.”

As far as the larger issues of Jewish-Mormon relations, Busby sympathizes with the Jews who oppose the baptisms of Holocaust victims. “I can absolutely see why Jews and others would be horrified at these ordinances, which they see as forced conversions, a sort of tricky, ‘Ha, ha, gotcha’ way to drag people into our camp without permission,” she said. “If it were so, I would absolutely refuse to participate.” Instead, Busby said, the ordinances are more of a “can’t hurt, could help” approach, wherein the deceased ultimately gets to choose whether she or he wants to accept the ordinance. If it is rejected, Busby said, “it’s as though it was never performed.” Mormons are also not trying to steal Potok, Busby assured. “Mormons are under no delusion that Asher Lev is Mormon; he is very much Jewish. However, we recognize in him pieces of ourselves, dilemmas we have faced, but of course it is only a resemblance, not a reflection.”

My Name is Apostle Lev