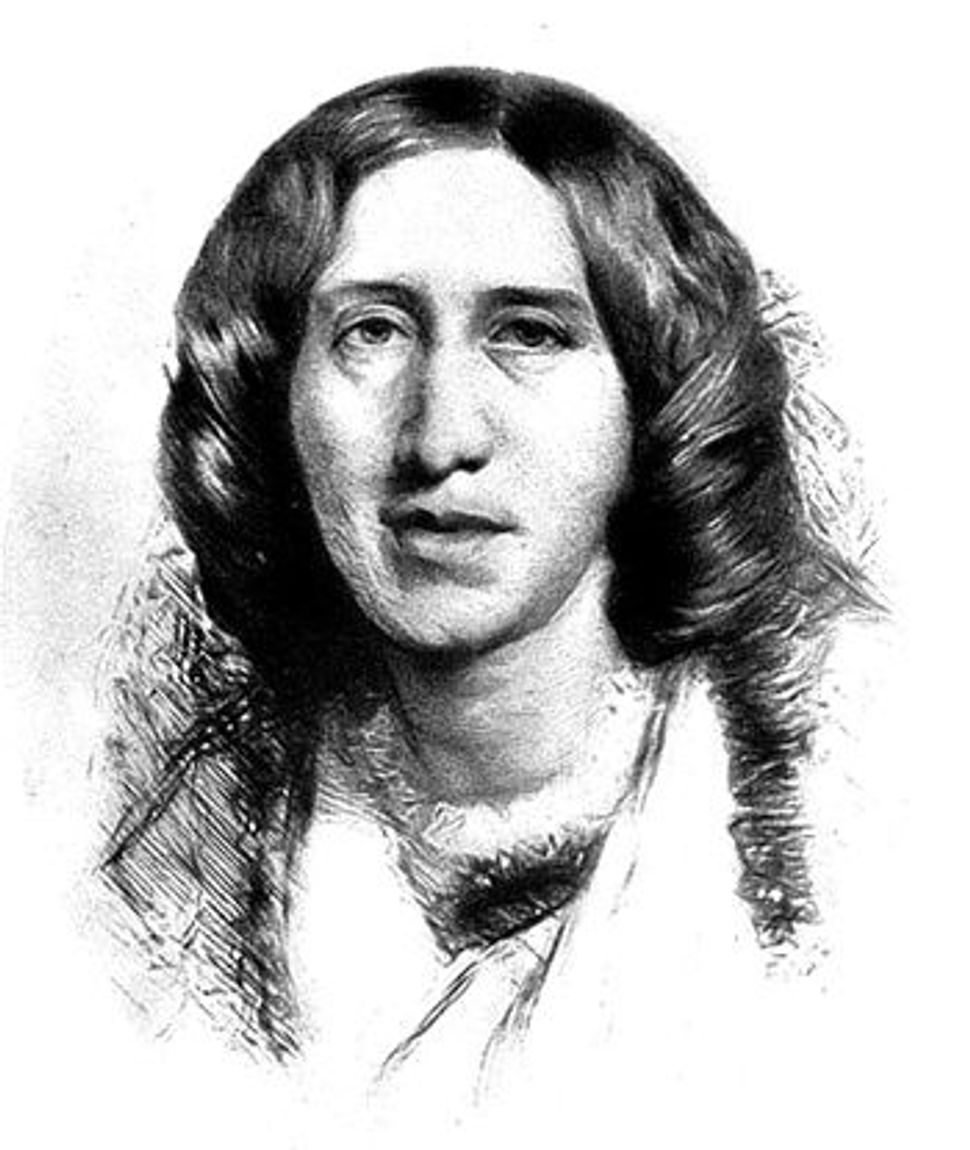 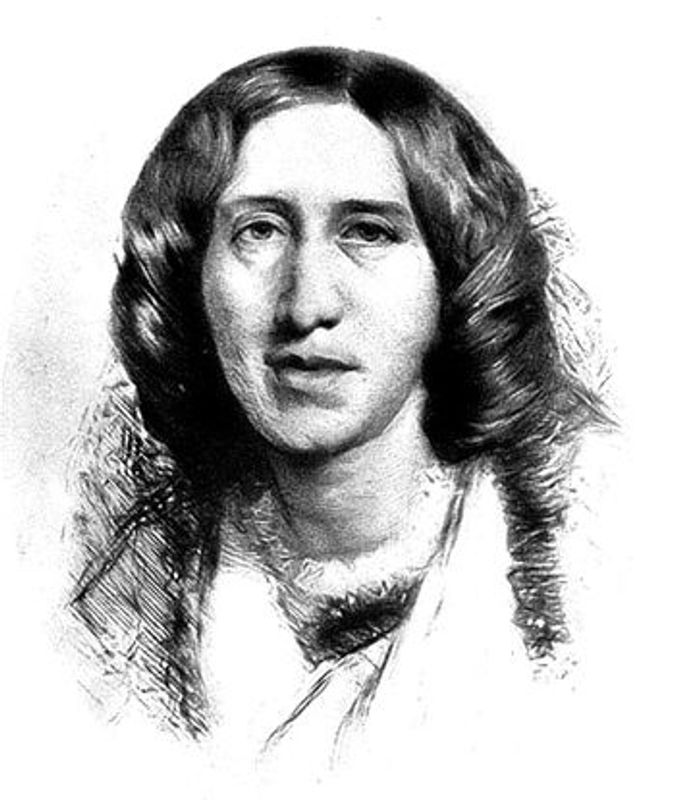 In the recent speech he delivered in Cairo to the Muslim world, President Obama declared that “the aspiration for a Jewish homeland is rooted in a tragic history that cannot be denied.” Is the legitimacy of Zionism based primarily on past Jewish suffering? Historian Gertrude Himmelfarb thinks not, and her new book brilliantly elucidates the intellectual origins of a far more positive justification: that Judaism can reach its full potential only in a sovereign Jewish state.

Despite belonging to a family of prominent, identified Jewish intellectuals, Himmelfarb has established her reputation as a pre-eminent authority on the intellectual history of Victorian England without addressing Jewish themes. Only now, as a retired octogenarian, has she done so by studying what another, earlier female writer of prodigious intellect thought about Jews — the non-Jewish Mary Anne Evans, far better known as George Eliot, who was arguably the greatest British novelist of the late 19th century.

Eliot, like Himmelfarb, turned her literary attention to Jews late in life, publishing what turned out to be her last work of fiction, “Daniel Deronda,” in 1876. Several years prior to the first Zionist settlements in Palestine, and two decades before Theodor Herzl launched political Zionism, the book’s title character discovers his Jewish identity and ultimately abandons the life of a British gentleman in order to travel to “the East” and work toward the establishment of a Jewish state. Eliot returned to proto-Zionism once more in a nonfiction piece that appeared as the final essay in her last book, which appeared in 1879, the year before her death.

Why did the lionized author of “Adam Bede,” “The Mill on the Floss,” “Silas Marner” and “Middlemarch,” all of which probe universal questions of morality and individual responsibility, follow them up with a treatment of the parochial “Jewish question”? That the choice of topic had deep meaning for Eliot is clear from her diaries and notebooks, which show that she studied Hebrew and read extensively about Jewish religion, customs and history in preparation for writing “Deronda.”

The critics, however, were not impressed by all the research, Himmelfarb notes, and largely disliked the novel’s Jewish content. Their assessments often rest on literary grounds — the great 20th-century critic F.R. Leavis actually prepared a version of the book, never published, with the Jewish plot excised — but sometimes also on objections to the subject matter. The late Edward Said and his disciples saw the book as a blatant case of what Said called Orientalism, Western imperialism’s assumption of the right to colonize the East and rule over its people, in this case the Palestinians.

In her investigation of the author’s purpose in writing “Deronda,” Himmelfarb astutely points out that in the mid-1870s, when Eliot was working on the novel, hatred of European Jews was at its low point, and so the ill-treatment of Jews could furnish no plausible justification for creation of a Jewish state. Despite residual social prejudice, emancipation had been achieved in England with the admittance of Jews to Parliament, and Benjamin Disraeli, a born Jew proud of his ancestry, was prime minister. On the continent, Jews were enfranchised virtually everywhere in Western and Central Europe, and optimistically assumed that lingering gentile hostility would soon disappear. What lay just around the corner — the new, virulent, racially tinged antisemitism (a term invented in 1879), the Russian pogroms, the Dreyfus Affair and, of course, the Holocaust — was unimaginable.

Nor did Eliot agree with the evangelical Christian view that Jews should return to the Holy Land as a necessary prelude to the Second Coming of Jesus. Long past her youthful evangelical leanings, Eliot was by this time an agnostic, and upon her death would be denied burial in Westminster Abbey for violating Christianity by living with a married man.

Devoid of evangelical enthusiasm and writing when Jews seemed poised to take their places as citizens of the world, Eliot derived her Zionism from elsewhere. The post-Christian Eliot, Himmelfarb writes, in “something of a return to an Old Testament,” developed a fascination with Judaism, derived both through her reading and through friendship with a particular Jew, the scholarly Emanuel Deutsch, a librarian at the British Museum who taught her Hebrew.

Awed by the religious history of the Jewish people, Eliot ascribed the deficiencies of contemporary Jewish life — the distorted occupational structure, the sometimes questionable financial practices and occasional uncouthness — to the condition of living for centuries as a repressed minority within Christian society. Return to a restored Jewish homeland — the groundwork prepared by future Daniel Derondas — would bring a new flowering of Judaism and the Jewish people, a nation forged by combining ancient spiritual truths with the best of modern culture.

Eliot’s version of Zionism has few adherents today. If Obama understands Israel as a response to “a tragic history,” many Western intellectuals, Jews among them, go even further and, following Sartre, view antisemitism, not positive Jewish identity, as the basis for Jewish distinctiveness. Postmodernists, meanwhile, cast doubt on the historic validity of “nations,” especially the resurrected Jewish one. Meanwhile, for ordinary Israelis — despite enjoying a vibrant cultural life — mundane security, political and economic concerns crowd out Eliot’s noble vision of a renewed Jewish religious civilization on ancestral soil.

Himmelfarb nevertheless believes that the message of “Daniel Deronda” deserves a rehearing, “that Israel is not merely a refuge for desperate people, that the history of Judaism is more than the bitter annals of persecution and catastrophe…. It was not the anti-Semite who ‘creates the Jew.’ It was Judaism, the religion and the people, that created the Jew.”