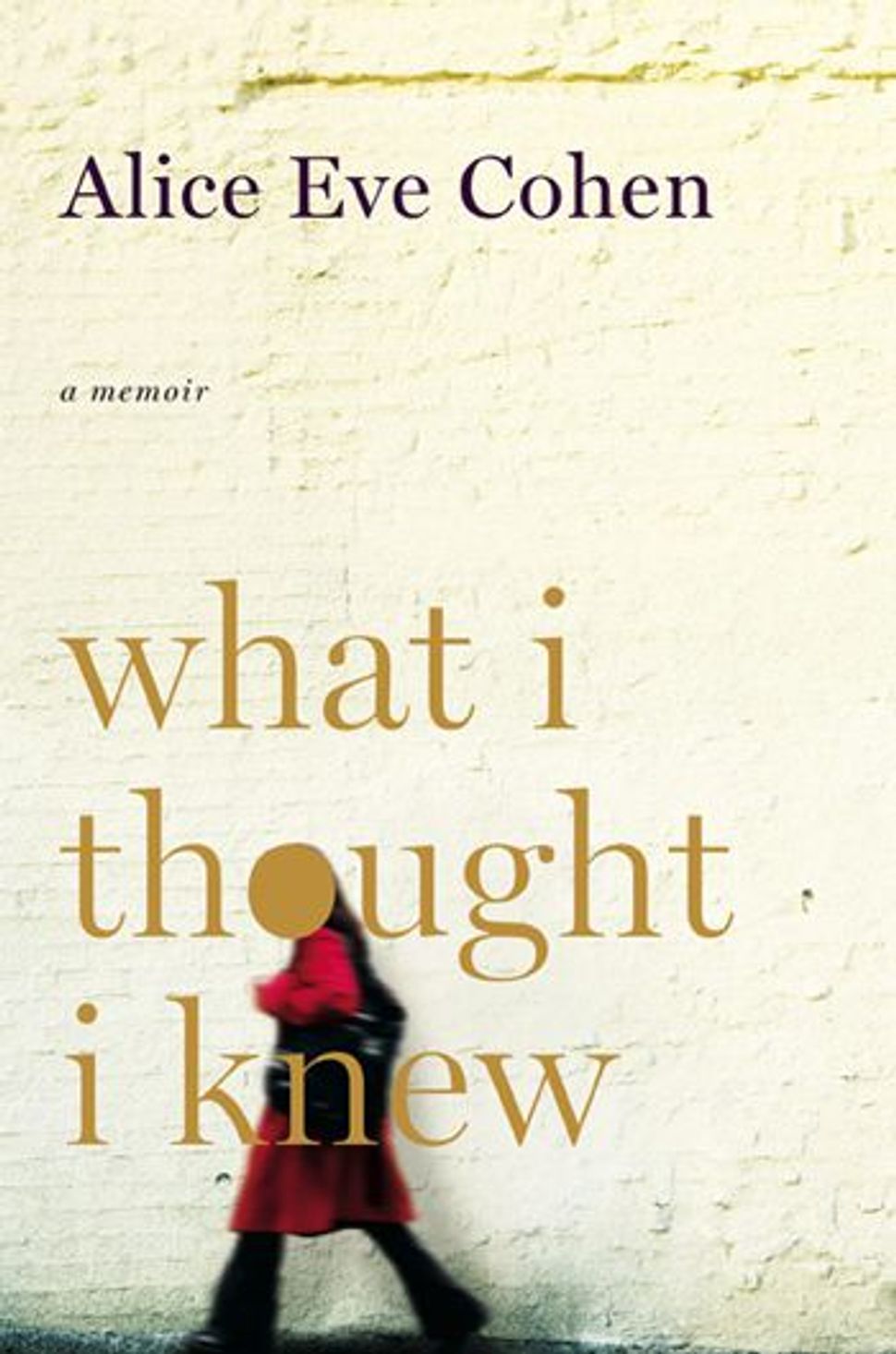 One of the few certainties in Alice Eve Cohen’s life was her infertility, the result of her mother taking the synthetic hormone DES while she was pregnant, before the drug’s potential for fetal damage was widely known. 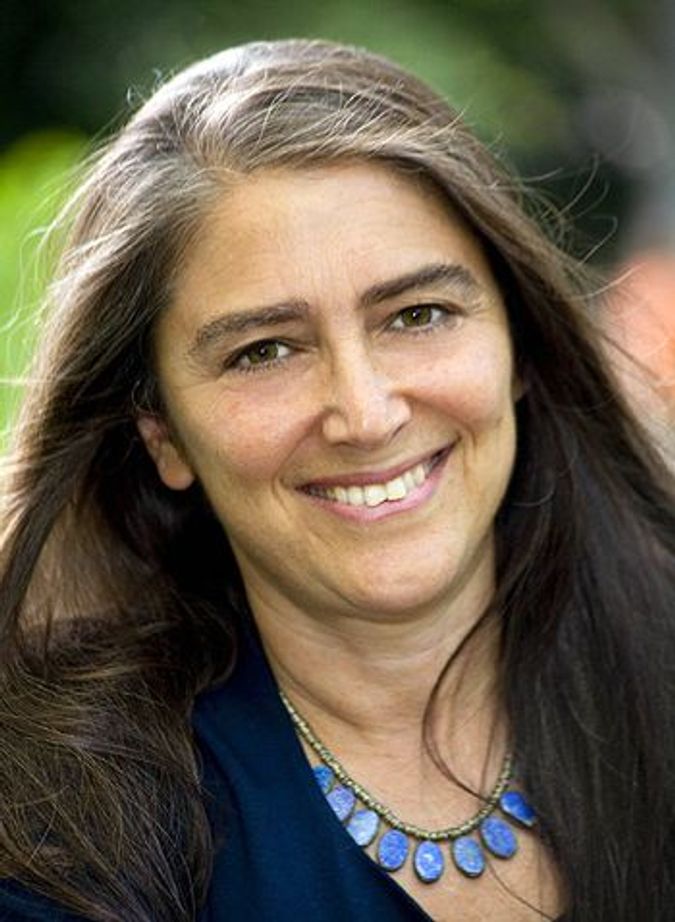 Unexpected: Cohen was 44 and ?infertile? when she found out she was pregnant. Image by JANET CHARLES PHOTOGRAPHY

At the age of 44 — where she begins her nimble, harrowing memoir, “What I Thought I Knew” — Cohen was engaged to Michael, a lovely, lively man 10 years her junior, and she delighted in the daughter she and her former husband had adopted at birth nearly nine years earlier. Neither Cohen nor her fiancé wanted any more children, a status quo that seemed easy enough to maintain.

“This is the first time in years that I am truly happy,” she tells Michael in a moment of blissed-out abandon. But this acknowledgement of her good fortune is quickly followed by a sense of dread. She should know better than to let her guard down, Cohen reprimands herself. Though she’s generally a sensible, rational thinker, her joyfulness has long been held hostage to the Evil Eye — the enduring superstition that manages to be the exception to the otherwise grounded beliefs of so many.

A strangely unshakable relic, the idea of the Evil Eye implies that when a person speaks her happiness aloud, a spiteful spirit will be compelled to contradict her. This notion that being too happy is dangerous, and that we can protect ourselves by denying our joy, is, alas, a fitting tendency for a people whose history has led them to expect disaster.

When Cohen — whose mother died suddenly, just a few weeks after making that kind of bold declaration — finds herself constantly exhausted, racked by mood swings and nausea, she’s sure that something is horribly wrong and will confirm her superstition. Her longtime gynecologist insists she’s just menopausal, dismisses her swollen abdomen as “middle-aged loss of muscle tone” and her sore breasts as the consequence of under-wire bras. She tells Cohen to keep taking estrogen.

But her general practitioner is far less trivializing of the growing mass in her midsection, and sends her for an emergency CAT scan. Only then, during a test intended to confirm the doctor’s suspicion of cancer, does a radiologist discover that there is no tumor: The patient is six months pregnant. As he puts it, incredibly, “We found a baby in you.”

In middle age, Cohen’s infertility has become ingrained in her sense of self, and the sudden, shocking fact of this pregnancy feels like a test, a punishment and a gift all at once. It also comes with terrifying uncertainties: her continuing ambivalence about having another child and her anxiety about the damage her hormone consumption may have caused. With her high-risk pregnancy in such an unexpectedly advanced stage, she has very little time to figure things out. 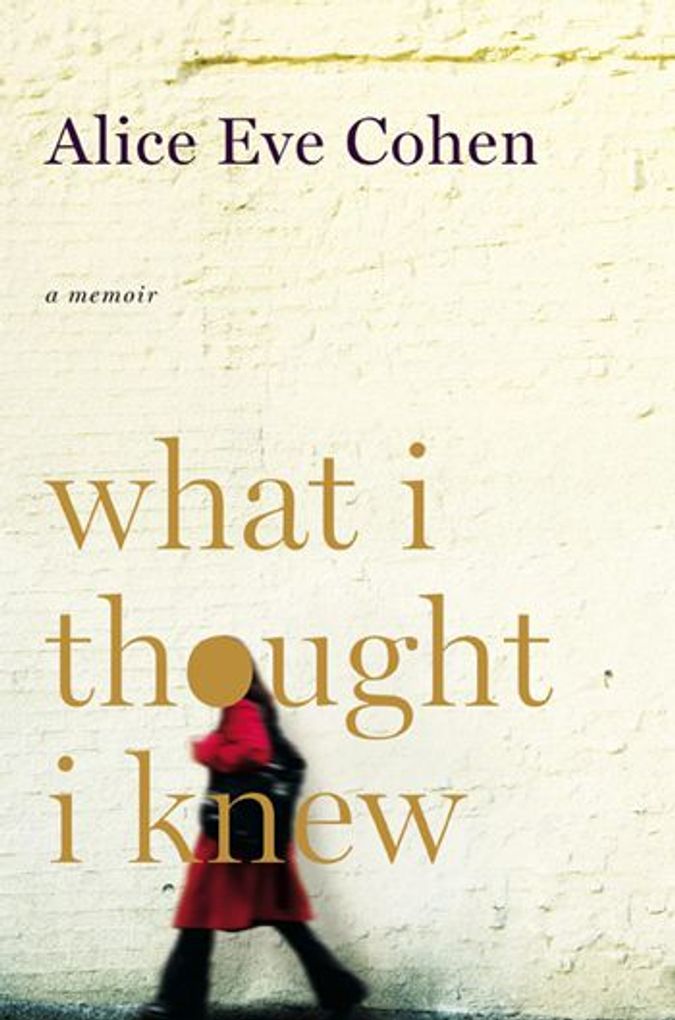 Cohen tries to wrest back control by compiling lists of things she does know, even when the items on her lists seem to contradict one another. They often do: As she and Michael consult with a parade of doctors — some exceedingly competent, others off-putting and condescending — and time marches on, certainty becomes even more elusive.

An amniocentesis reveals that the fetus has male genitals but is genetically female, prompting Cohen to flirt briefly with the complicated politics of having an intersex child. The baby could be deformed or disabled. Other potential developmental issues are impossible to predict.

And then there’s guilt. “In my not-knowing, when she was inside me, I neglected her, harmed her,” Cohen writes, her voice forthright and sincere.

Feeling panicked and trapped by the turn her life is taking, Cohen schedules, and then cancels, a late-term abortion in Wichita, Kan., (where, chillingly, George Tiller, a prominent physician who performed late-term procedures, was murdered in May).

She makes bargains and uncomfortable compromises about the circumstances under which she and Michael could justify giving the baby up for adoption. Distraught and put on bed rest, she isolates herself and tells very few people she’s pregnant. As she lies there — feeling “less like [a] mother than [an] intensive care unit” — she wonders what it means to be “a real mother,” and which of her feelings and actions so far disqualify her from that venerated role.

By the time Cohen’s daughter, Eliana, is born after 47 hours of labor, with perfectly normal female genitals — and an “asymmetry” that renders one side of her body smaller than the other and will require several painful surgeries as she grows — we’ve seen her face a host of unnerving ethical issues related to her baby’s origins, arrival and survival. The birth represents the end of some unknowns and the beginning of an array of new ones.

The baby name that Cohen chose means “my God has answered me,” but she struggles to figure out exactly which of her prayers has been answered. As she learns to love and protect her smart, spry little girl, she continues to wrestle with the feeling of risk that shadows her happiness.

Her sense that there’s an Evil Eye may not evaporate entirely, but she considers what good fortune looks like, whether it can be earned or revoked, and how we come to recognize it in unexpected, awkward places.

A playwright, performer and teacher of solo theater, Cohen says that everyone in her life tells this story differently because they all stood in different places as it unfolded. Perhaps the most resonant lesson to draw from Cohen’s experience is that — like all stories of conception and birth — it is uniquely her own.

Eryn Loeb is a writer in New York City.