Taking the A Train to ‘The Fourth Reich’ 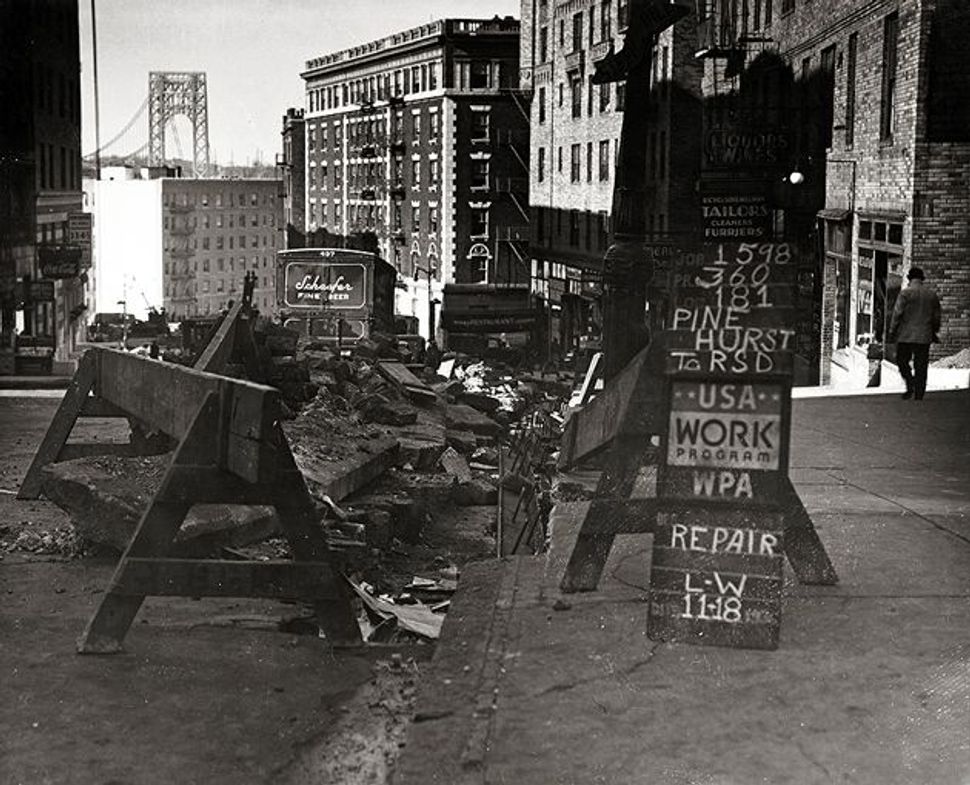 Refuge: This 1936 photo of New York?s 181st Street is featured in ?Places of Exile.? Image by COURTESY OF JEWISH MUSEUM MUNICH

In 2008, the German city of Munich celebrated its 850th birthday amid much fanfare, and various cultural institutions were asked to mark the occasion. When the recently opened Jewish Museum was approached, it reacted with ambivalence. Indeed, for nearly half the history of Munich — more than 400 years — Jews were excluded from taking part in the life of the city. 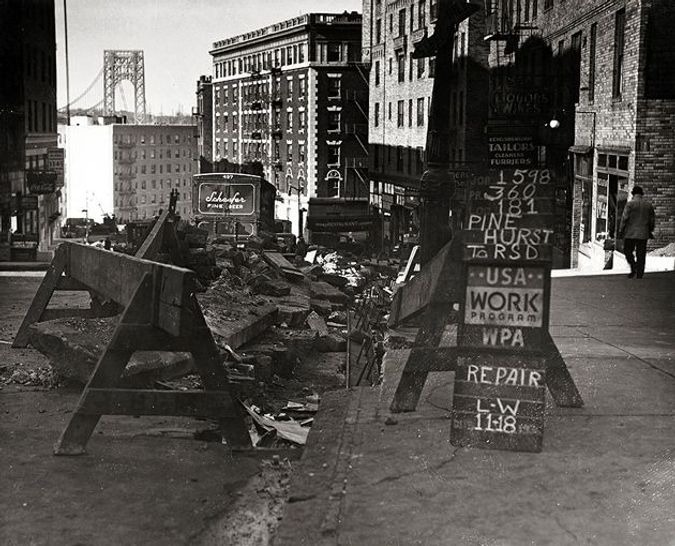 Refuge: This 1936 photo of New York?s 181st Street is featured in ?Places of Exile.? Image by COURTESY OF JEWISH MUSEUM MUNICH

This is where Bernhard Purin, the museum’s director, stepped in. Last September, the museum unveiled its contribution to the festival year, City Without Jews: The Dark Side of Munich’s History, a stark and effective exhibition about the various persecutions and expulsions that formed the bedrock of Munich’s history of antisemitism long before the Holocaust. The exhibit runs until the end of August.

Opened in May 2007, the Jewish Museum Munich is the youngest Jewish museum in Europe. The contrast to Jewish Museum Berlin — Germany’s most famous such museum — could hardly be more striking.

Where the Berlin museum attempts an exhaustive history of the Jewish experience in Germany, starting with the Middle Ages and leading up to the present day, the approach favored by Munich is to represent the history of Jews in that city via a compact and thoughtful permanent collection that combines interactive installations, artwork and a few well-chosen ritual objects and historical artifacts. A visitor can take in the exhibit in less than an hour, before making his way upstairs to view the changing exhibitions.

The same impulse for compression characterizes City Without Jews, which tells its story through a dozen small displays of representative objects and video interviews.

For instance, the pogrom of 1285, sparked by accusations of ritual murder, where between 68 and 187 members of Munich’s first Jewish community were locked inside their burning synagogue, is signified by a 19th-century edition of the Nuremberg Memorbuch, the 1296 commemoration of prominent community leaders and martyrs compiled by the Nuremberg Jewish community.

The 1349 accusation of host desecration — a common medieval accusation that the Jews abused the consecrated host in order to repeat the suffering of Christ — is represented through a 1624 painting, which was displayed for nearly 200 years in Munich’s St. Salvator Church. The old folklorist legend of the Wandering Jew inspired artists from Heinrich Heine to Richard Wagner before the Nazis twisted it to embody all the degenerative traits they ascribed to the Jews. This phantomlike figure that has, over time, emblemized the internal experience of Jews in the Diaspora is represented by a coat stand with an umbrella and an old edition of the newspaper Frankfurter Zeitung; it is a reference to a Lion Feuchtwanger story in which the Wandering Jew is spotted in Munich’s famous Odeon Café, reading a newspaper.

The Nazi persecution and mass murder are metonymically represented by an empty trunk with the initials of its last owner, Rosa Picard. A businesswoman from Munich, Picard filled the trunk with valuables and entrusted it to a Christian family before she and her family perished.

A counterpoint to this decidedly downbeat exhibition is the three-part series of temporary installations, Places of Exile.

“We wanted to answer the question:Where did the Jews of Munich live when they were not allowed to live in Munich? So we looked for three places of exile,” Purin explained.

After exhibits on Istanbul and Tel Aviv, the final installment, on display until August 30, looks at New York City’s Washington Heights, which became the center of Munich’s exiled Jewish community during World War II.

In particular, the exhibit focuses on Beth Hillel Synagogue, a Conservative congregation founded in 1940 by the chief rabbi of the Munich Jewish community, Leo Baerwald, who had fled Germany. The first services, held on Rosh Hashanah of that year in the Paramount Hall on 183rd Street, attracted 800 people.

Initially, services were held in German and followed the tradition of southern German Jews, known as Minhag Schwaben. German Jews were such a prominent minority, and so much German was spoken on the streets of Washington Heights in the 1940s and ’50s, that they ironically nicknamed the neighborhood “Das Vierte Reich” — or the Fourth Reich.

In the first decade, the congregation grew to 750 families from 200 and moved into a former post office at 571 West 182nd Street, just south of Yeshiva University. As members became more assimilated and prosperous, services were increasingly held in English. Throughout the 1960s and ’70s, the congregation was in steady decline caused by suburbanization and the new waves of immigrants from the Dominican Republic, which changed the demographic of the neighborhood.

In 1980, Beth Hillel merged with the Orthodox Congregation Beth Israel and, despite ever-shrinking numbers, managed to survive until 2000, when it finally closed its doors. Today, the building on 182nd Street is home to a department store.

Purin’s co-curator for the project is Celia J. Bergoffen, an urban archeologist who excavated the Eldridge Street Synagogue mikveh in 2001. Together with Purin, she conducted interviews with members of the community and tracked down pertinent artifacts.

“It was funny to see that they were very professional in talking about their childhood in Germany, because that’s what they are doing in schools and for the [Steven] Spielberg video project, but they never were asked about the other 80% of their lives, which started in 1939 or 1940, when they were teenagers in Washington Heights,” Purin explained.

Among the surviving congregants of Beth Hillel is Eric Bloch, a professor emeritus at Albert Einstein College of Medicine, who was born in Munich in 1928. In an interview with Bergoffen, he discusses the role that the congregation played in easing the transition to America: “I think the importance of Beth Hillel and the other Jewish congregations was to help immigrants establish themselves in the new country. They were a very important source of support.” The interview is published in the exhibition brochure, which can be ordered, free of charge, from the museum.

Among the items installed in the exhibition are two memorial stones from Munich’s destroyed main synagogue and a yellow Jewish star that wound up at a synagogue in Paramus, N.J. Another relic is the parochet (ark curtain) from Beth Hillel, which was found in 2002 at a Berlin flea market.

“It is in some ways a little bit funny that the history of this congregation in Washington Heights will now be kept in Munich,” Purin mused.

City Without Jews: The Dark Side of Munich’s History and Places of Exile 3: Munich and Washington Heights are on view at the Jewish Museum Munich until August 30.

A.J. Goldmann is a writer based in Berlin. His articles on art and culture have appeared in various publications, including The Wall Street Journal, USA Today and The Christian Science Monitor.

Taking the A Train to ‘The Fourth Reich’