Einstein and Complex Analyses of Zionism 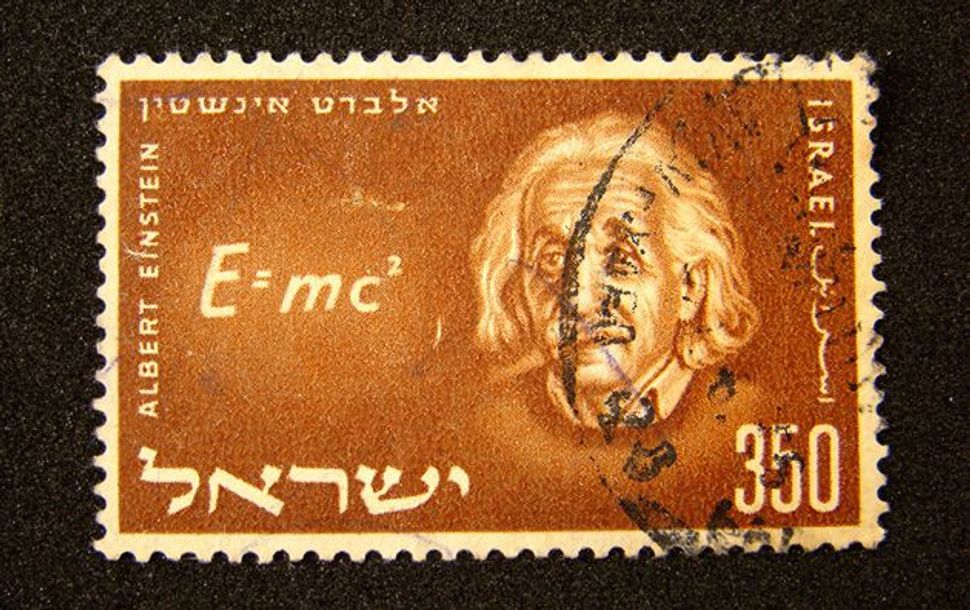 Einstein on Israel and Zionism: His Provocative Ideas About the Middle East.
By Fred Jerome.
St. Martin’s Press. 334 pp. $25.95

‘The Arabs have attacked us unexpectedly, wanted to destroy our settlement work, have murdered and plundered,” Chaim Weizmann wrote in 1929. Although until now, the Jews “have given everything” to Arab leaders who “want only one thing, to chase us into the Mediterranean,” he added, “we are now pressed from all sides to conclude a pact with them.” Weizmann vowed to accept nothing less than a society in Palestine, “as Jewish as England is English and America is American.”

As the two books under review remind us, these views were controversial then, among Jews as well as non-Jews, and they remain controversial now. They demonstrate, as well, how often supporters and critics of Israel talk past one another, shedding more heat than light.

A collection of letters, articles and interviews, some published and some unpublished, with commentary by journalist Fred Jerome, “Einstein on Israel and Zionism” seeks to explode as a myth the claim that the great scientist was a champion of the establishment of the State of Israel.

Einstein’s writings underscore that he was not a systematic political thinker. His idealism, moreover, often crossed the border into naiveté. His views on a Jewish state, however, were rather consistent. Alarmed by the rising tide of antisemitism in Eastern Europe at the end of World War I, Einstein declared himself a human being, a Jew, an opponent of nationalism and a Zionist.

Militantly secular, he maintained that the bond uniting his people was “the democratic ideal of social justice, coupled with the ideal of mutual tolerance among all men.” Einstein’s Zionism used the “fact” of Jewish nationality to promote self-knowledge, self-esteem and solidarity. But it was “immune from the folly of power” and “the obsession with race” that dominated Europe in the first half of the 20th century.

Einstein supported a “homeland” for Jews in Palestine, but he opposed a Jewish state “with borders, an army, and a measure of temporal power.” Since two-thirds of the population of Palestine consisted of Arabs, he preferred bi-national status with “continuously functioning, mixed, administrative, economic, and social organizations.” Only cooperation with Arabs, led by “educated, spiritually alert” Jewish workers, he wrote, “can create a dignified and safe life…. What saddens me is less the fact that the Jews are not smart enough to understand this, but rather, that they are not just smart enough to want it.”

So great was Einstein’s prestige that he was offered the presidency of Israel in 1952, after the death of Weizmann. If he accepted, Prime Minister David Ben-Gurion confessed, “we are in for trouble.” Nonetheless, the offer suggests that among many Israelis, his views were not entirely beyond the pale.

Einstein said no — and continued to give voice to fears “for the soul of Israel.” He acknowledged that “there is no turning back anymore.” A few months before his death, however, he remembered his “great hopes that Israel might be better than other nations,” only to conclude that “it is no better.”

“Judaism Does Not Equal Israel” is a sharper — and shriller — version of Einstein’s critique of the Jewish state. A “post-Holocaust” theology, according to Marc Ellis, professor of Jewish studies and director of the Center for Jewish Studies at Baylor University, has conflated Jewish identity with allegiance to Israel, justified the “ethnic cleansing of more than seven hundred thousand Palestinians,” and muzzled “even mainstream, moderate critics” as “self-hating Jews.”

Einstein, Ellis points out, was by no means the only Jewish intellectual troubled by policies to ensure the security of Jews “at the expense of another people.” Proposing a spiritual renewal rooted in community, Martin Buber wanted Jews to live in the Holy Land without a Jewish state to define that presence. And, writing in 1948, Hannah Arendt predicted that dispossession and the quashing of dissent would accompany the creation of a Jewish state.

Although Ellis sometimes asks questions worth asking, his all-out assault on Israel, alas, is not likely to result in the dialogue he seeks. Palestinians, Ellis maintains, “have a right to see Israel and Jews [italics added] as colonialists and racists. The occupation has never been benign. Jews are not innocent.” Although he deems comparisons between the behavior of Nazis and Israelis “difficult to fathom,” he explains that the “Nazi reference is a plea to end a madness that was visited upon Jews for millennia, which they now visit upon another people [that they] have tortured, expelled, and murdered.”

Ellis insists that the equation of Israeli and Palestinians “sins” and “rights” distorts “the historical reality.” In 1948, he claims, the Israelis were the aggressors, but it is they who now hold a monopoly on power. To restore their precious ethical traditions, “Israelis and their Jewish enablers in America” must confess their sins against the Palestinian people. He hopes, as well, for an admission that the two-state solution “is a fraud.” Ellis advocates one state (with Arabs and Jews living together), and the return of Palestinian refugees to their homes and villages in pre-1967 Israel.

Acknowledging that Israel is not likely “to reverse its expansionist course,” Ellis ends with mourning — and a warning. No state, he writes, apocalyptically, can exercise power over others indefinitely. As the day of reckoning nears, the children of Israel “will encounter such hollowness at the core of Jewish identity that their distance from things Jewish will increase until, incrementally, the core disappears” and Jewish affiliation dwindles “to the point of no return.”

Mourning can be a sign of hope, in which God returns or doesn’t, Ellis emphasizes, rather abstractly. And “too late can be right on time — when the time is right.” For now, though, he’s a self-proclaimed prophet in exile. His book is often over the top, but Ellis’s concerns about the ethical obligations of the State of Israel are, at times, worth listening to, even by those with a powerful urge to doubt, dismiss or destroy him.

Glenn C. Altschuler is the Thomas and Dorothy Litwin Professor of American Studies at Cornell University

Einstein and Complex Analyses of Zionism