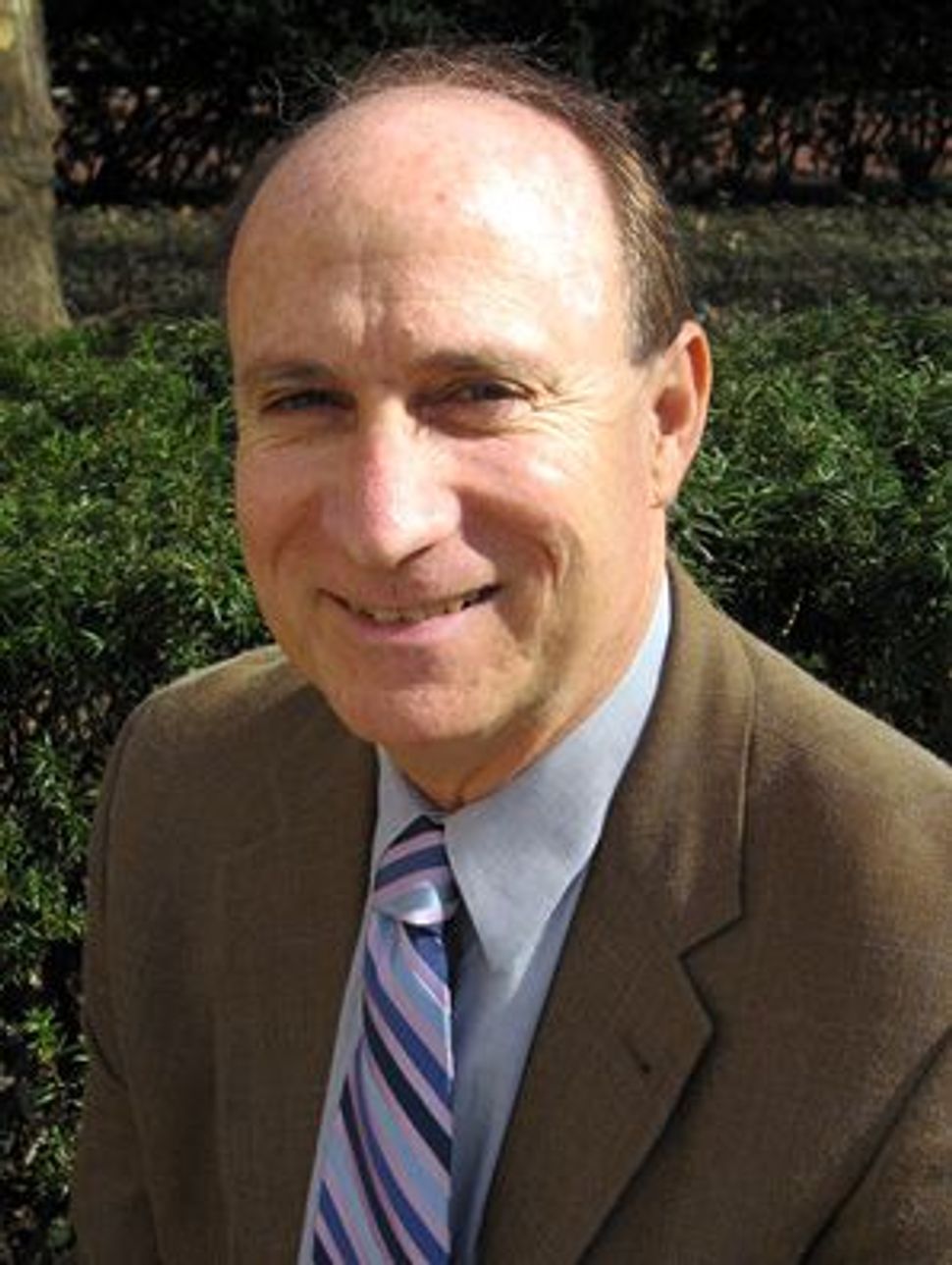 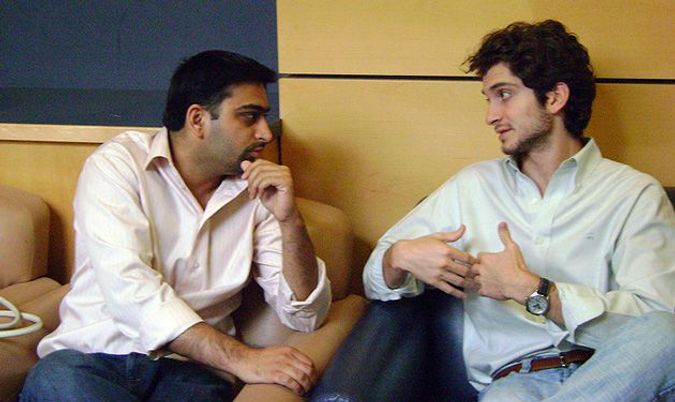 Deep in Conversation: Sam Adelsberg, right, and Salman Ravala discuss a point during a two-week workshop for 30 social entrepreneurs from the United States and Europe. The Ariane de Rothschild Fellows program was held in July at Columbia University?s Business School. Image by ALISON CIES

When a new venture at Columbia University brought together 30 Muslim and Jewish entrepreneurs from the United States, the United Kingdom and France for a cross-cultural dialogue, the focus was on something other than interfaith work. They talked business.

Then, somewhere amid the conversations about best business practices and social entrepreneurship, the difficult issues of religious and cultural identity emerged and were explored more freely. Organizers and participants in the Ariane de Rothschild Fellows Program hailed the two-week seminar in mid-July as a new model for successful Jewish-Muslim discussions. 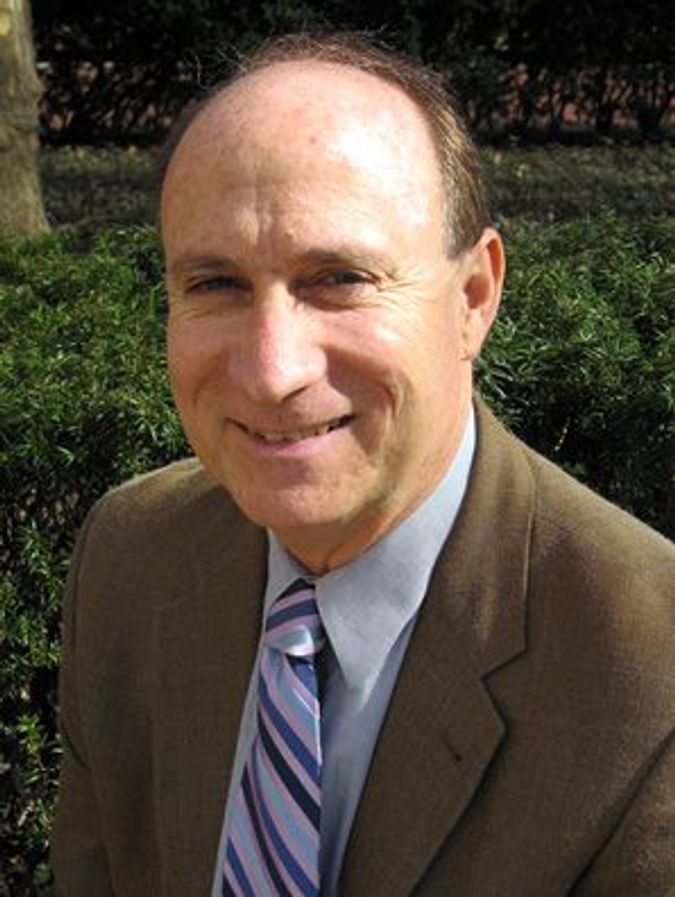 “Successful and effective Jewish-Muslim dialogue often requires bonding over something else entirely,” said fellow Sam Adelsberg, 22, at the end of the program. “Once there, you can use different experiences as a platform to dive into the hard stuff — antisemitism, Islamophobia, the Israeli-Palestinian conflict.”

The workshop, which seeks those interested in fostering a culture of mutual respect among Jewish and Muslim communities, was the brainchild of Ariane de Rothschild and sponsored by the Edmond de Rothschild Foundation.

The program sought out social entrepreneurs — individuals committed to solving urgent social problems through creative and innovative market solutions — whose organizations were in the early stages of development. In stark contrast to most programs tackling cross-cultural dialogue, many of the fellows were not involved directly with Jewish-Muslim community relations.

Adelsberg, who co-founded LendforPeace while a sophomore at the University of Pennsylvania, said he found the diverse backgrounds of the program’s participants to be one of the main highlights. The fellows “had a unique perspective to offer because they were not a self-selected bunch who normally participates in this type of dialogue,” he said.

As a joint effort of Columbia Business School and Cambridge University, the program’s interest in teaching both practical business skills and the theoretical background became evident on the first day. Participants were told that in addition to taking courses on governance, accounting and raising finances, they would be studying how Jews and Muslims have interacted throughout history — starting in the Middle Ages. Courses such as “Islamism and Its Origins in Pakistan,” “Interfaith Dialogue in Pre-modern Times,” and “Dialogue, Debate and Conflict Between Muslims and Jews in the Medieval Islamic World” rounded out the program.

Not all participants were initially thrilled about the prospect of learning the histories of these two communities. This changed, however, when the fellows took a step back and realized the relevance of history to their day-to-day lives.

“You would think that the theological [background] is irrelevant to a businessperson,” said Shawn Landres, 37, who co-founded Jumpstart, a catalyst and think tank dedicated to developing and strengthening emerging not-for-profit organizations. In addition to learning more about the business side, he noted, “the value of the program is that we’re revisiting how we construct religious identity.”

Ruth Friedman, dialogue coordinator for A Jewish Contribution to an Inclusive Europe, said she found the program’s combination of social entrepreneurship and cross-cultural dialogue to be “a fantastic mix.” Although Friedman, 45, of the United Kingdom, attended the program for its emphasis on social enterprise, she found the conversations with the American and French participants to be illuminating, both personally and professionally. “It was interesting to hear about what’s going on in the U.S., to hear about the several different projects that participants are involved with,” she said. “I’ll be going back to my organization with recommendations.”

It was the endeavor’s focus on multiculturalism that provided participants with information — and insight.

“The international students added such different perspectives to the program,” Adelsberg said. “There were instances where the French Muslims felt more in common with French Jews than with British Muslims.… It broke the uniformity of traditional Jewish-Muslim dialogue, where Jews are expected to toe one line and Muslims another.”

The light-bulb moment for Landres occurred at the start of the program, when he watched as Muslim participants freely expressed differences of opinion in front of him, an American Jew. “It’s astonishing to hear counterarguments, to have Muslims challenging each other on day one.”

“The most interesting discussion for me,” Adelsberg said, “was of the hijab [headscarf], and how in France you can’t wear it in public schools. It was interesting to see how some of the Muslim-French women didn’t find the law to be necessarily inhibiting; some even found the law to be liberating. But some of the British-Muslim women held an entirely different perspective, that the law was oppressive.”

Bruce Kogut, a professor of leadership and ethics in the business school who conducted the workshop, echoed their sentiments. He said the program’s benefit was its combination of various religions and nationalities. “The participants found so many differences across countries,” he said. “In France, dialogue between groups is not advancing quickly enough. So the French got to see from the U.S. and U.K. participants how they’re making progress.”

As Ariane de Rothschild explained at the program’s outset, participants were there to “address the challenging questions of identity, how society recognizes you, and how to reach out to others who are different.” Her aims were shaped, in part, by her belief that despite the abundance of references to globalization, people actually have become more polarized in their nationalities and religions.

“Dialogue is essential,” she told the participants. “It serves as the essential subtext to change.”