‘The Perfect Storm’ for Day Schools 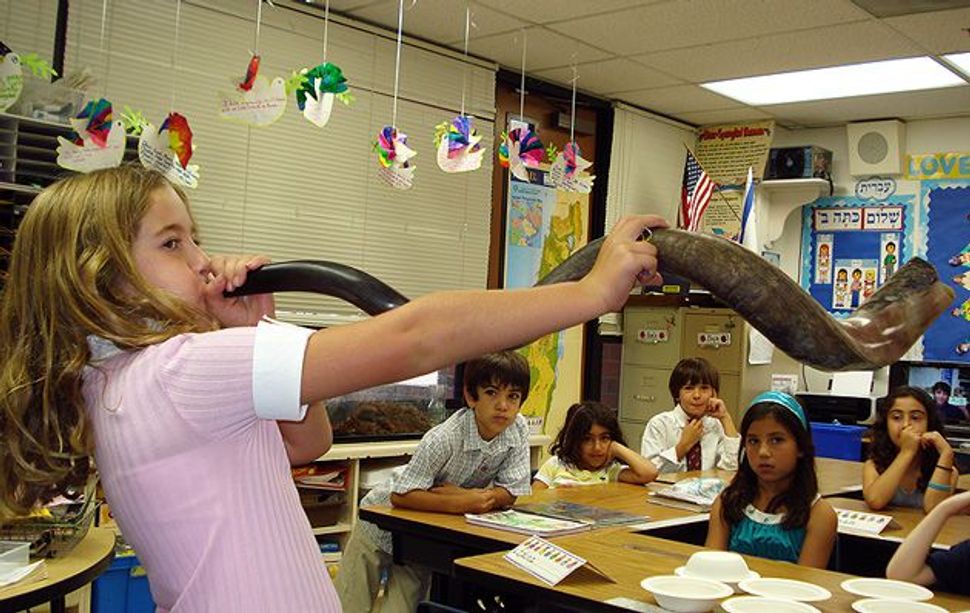 As Jewish day schools prepare to open their doors for the 2009–10 school year, there is only one thing beyond the well-being of their students that is on the minds of those in charge: the economy.

The recession “has been devastating,” said Marc Kramer, executive director of RAVSAK: The Jewish Community Day School Network, which has 120 members. “This is the ‘perfect storm’ for day schools: Enrollment is down, requests for financial aid are up, attrition is up, new applications are down, donor dollars are down and the costs associated with health care are up. I know one should never say, ‘Things couldn’t get worse,’ but it is starting to feel that way.”

On top of it, the two Hebrew-language charter schools, one in Florida and the other in Brooklyn, are attracting students who have been enrolled in day schools.

Nearly all Jewish day schools are making significant cuts: salary freezes, layoffs and reductions of staff hours, along with limiting services to students, experts say. And every school is trying to meet reduced budgets without cutting teachers or academic programs.

In the past year, at least a half-dozen Jewish day schools have shut down because of the economy, Kramer said. The Solomon Schechter Day School of Palm Beach County became the latest casualty, closing suddenly in July because a donor could not fulfill his $200,000 pledge.

In addition to the loss of contributions — critical because even in flush times, tuition does not cover the cost of running a school — enrollment is taking a dive, though it’s uncertain how deep. There was already a slight dip in non-Orthodox day school enrollment between 2003 and 2008, according to Marvin Schick, a senior consultant for the Avi Chai Foundation.

Even as schools struggle to pay salaries and the bills, tuition appears to be rising. Day school tuition in the United States ranges from a low of about $7,000 to a high of $33,900 for Manhattan’s Abraham Joshua Heschel High School. [The figures exclude tuition for Haredi yeshivas, which are considerably cheaper.] 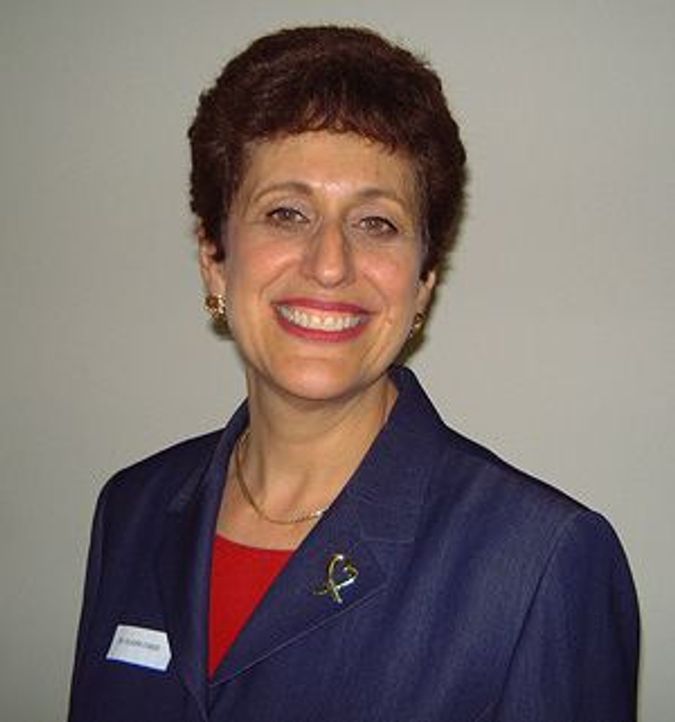 Over the past dozen years, there have been a few large-scale ideas for resolving the tuition crisis. The first to make a splash was from Chicago businessman George Hanus, who proposed initiating a “Jewish estate tax.” He wanted people to will 5% of their estate to a communitywide Jewish scholarship fund. That money, invested, would throw off income to be used to make tuition free for every family wanting day school education. The idea attracted initial support, but didn’t take root.

A more recent idea, put forward in May by the Orthodox Union’s director of day school services, is for schools to charge under $7,000 a year but offer bare-bones education, with larger class sizes and no extracurricular activities unless run by volunteers. This might work in the yeshiva world, where families feel obligated to send children to Jewish schools, but not in the rest of the Jewish community, where people choose public school if day schools don’t offer comparable programs.

“The no-frills idea is a nonstarter for Schechter schools,” said Elaine Cohen, director of the Solomon Schechter Day School Association. “For years we’ve been talking about educating the whole child, and now we’re going to take away the arts and physical education?”

One area where cuts are now being made is in the number of educators who work with kids who need learning support. “We’ve pushed very hard in the last few years for differentiated instruction and meeting learning needs of different children. But it’s very expensive,” Cohen said. “Cutbacks will be in this area rather than in areas of the curriculum.”

Few schools have been spared. Though located in one of the wealthiest communities in the country and not one hardest hit by the recession, the Stephen S. Wise schools in Los Angeles are grappling with a drop in enrollment and increased requests for financial aid, said Metuka Benjamin, its director of education. Salaries have been frozen, and the school psychologist and a special education teacher cut to half time. Counselors will be shared between the lower and upper schools.

Cost-cutting cooperative ventures are being encouraged on a larger scale by the Avi Chai Foundation, which in June awarded its first grants to six teams of day schools. The grants totaled $540,000 over two years.

The foundation expected a dozen proposals but received 53; it planned to give three grants but doubled the number. “Having more models and more experiments seemed important,” said Yossi Prager, Avi Chai’s executive director for North America.

The Conservative movement-affiliated and Reform movement day schools in St. Louis, for example, will integrate accounting and development software and merge business offices. And Reform, Conservative, Orthodox and Community day school networks have joined forces to sponsor a January conference to help day school leaders from all denominations figure out how to forge alliances and eliminate duplication.

Over the past dozen years, a growing number of Jewish federations and family foundations have begun to make it a priority. “This crisis has pushed day school funding to be taken seriously in a way it wasn’t before,” said Rabbi Josh Elkin, executive director of the Partnership for Excellence in Jewish Education. “I consider it an unprecedented mobilization of federations and foundations.”

Several Jewish family foundations have stepped up with emergency funding for day schools. For the coming year, the Legacy Heritage Fund has begun aiding 15 schools in small- and medium-sized communities that offer grades six and up when family need is proven. The Kohelet Foundation, established last year in Philadelphia, has given significant tuition support to families in the area, including Southern New Jersey and Wilmington, Del.

Last March, the San Francisco-based Jim Joseph Foundation announced that it is giving $11 million over two years through Jewish federations in its home city and four others, for emergency need-based aid to families sending kids to Jewish day schools and camps.

And in June, the Helen Bader Foundation said it would provide $10 million over the next 10 years to low- and middle-income Milwaukee families for day school scholarships.

It turns out that Hanus’s vision of creating tuition-generating community funds has not died, after all. Chicago, and now Bergen County, N.J., has started them on a slightly different model. Local Jews commit to monthly donations, and the money is then distributed to local day schools — in Chicago only to Orthodox yeshivas, and in Bergen County to the Orthodox and Conservative schools.

The Bergen County fund, called NNJKIDS — Northern New Jersey Kehillot Investing in Day Schools — is now getting under way. But Arizona’s Jewish Tuition Organization for Jewish day schools has had to cut back on giving this year as donations fell 10%.

New York’s UJA-Federation, whose area includes half of all yeshiva and day school students in the country because of the large Orthodox community, is distributing $1 million in scholarship money from the Rose Biller Fund. The needs-based awards, up to $8,300, go mainly to high school and transfer students.

Even those making the awards are acutely aware of how much greater the need is than there is funding to fix it.

“We had 638 students nominated for Biller awards and were able to make 163 awards,” said Rabbi Deborah Joselow, managing director of UJA-Federation of New York’s Commission on Jewish Identity and Renewal. “I had to stop reading applications because it was so painful. It’s astonishing, the circumstances kids live with; they have one missing parent and the other dying from cancer, or kids are in foster situations.

“I can’t tell you how many kids we left on the table, and we couldn’t do anything.”

Even with the additional attention and funding being paid by Jewish federations and foundations, it doesn’t reach every school that needs help.

The Madison Jewish Day School in Wisconsin, one of the country’s newest and smallest, will soon open its doors for its second year with 14 students in Kindergarten through 2nd grade, two teachers and a part-time principal in rooms rented from a synagogue.

Half the families pay the full $10,000 tuition and the rest get financial aid.

But the only Jewish day school in Madison has not been able to find much financial support from the local community, Principal Merle Sweet said.

The Jewish federation last year turned them down, saying they don’t fund first-year endeavors and other foundations he thought might help did not because they limit their reach, even to nearby Milwaukee.

The school has received one grant, from a pair of local brothers – “the most marvelous angels in the world, who fund everything Jewish and civic in Madison,” Sweet said. This year’s budget is the same as last, though there are half again as many students.

Last year, he said, “month to month it was tenuous.” One founding family helped when money fell short. “It’s a wonderful mitzvah but can’t go on,” said Sweet.

“I have to be focused on the immediate financial needs rather than being able to work long-term,” he said. “I’m hoping potential funders might not think geography is the only issue.”

‘The Perfect Storm’ for Day Schools