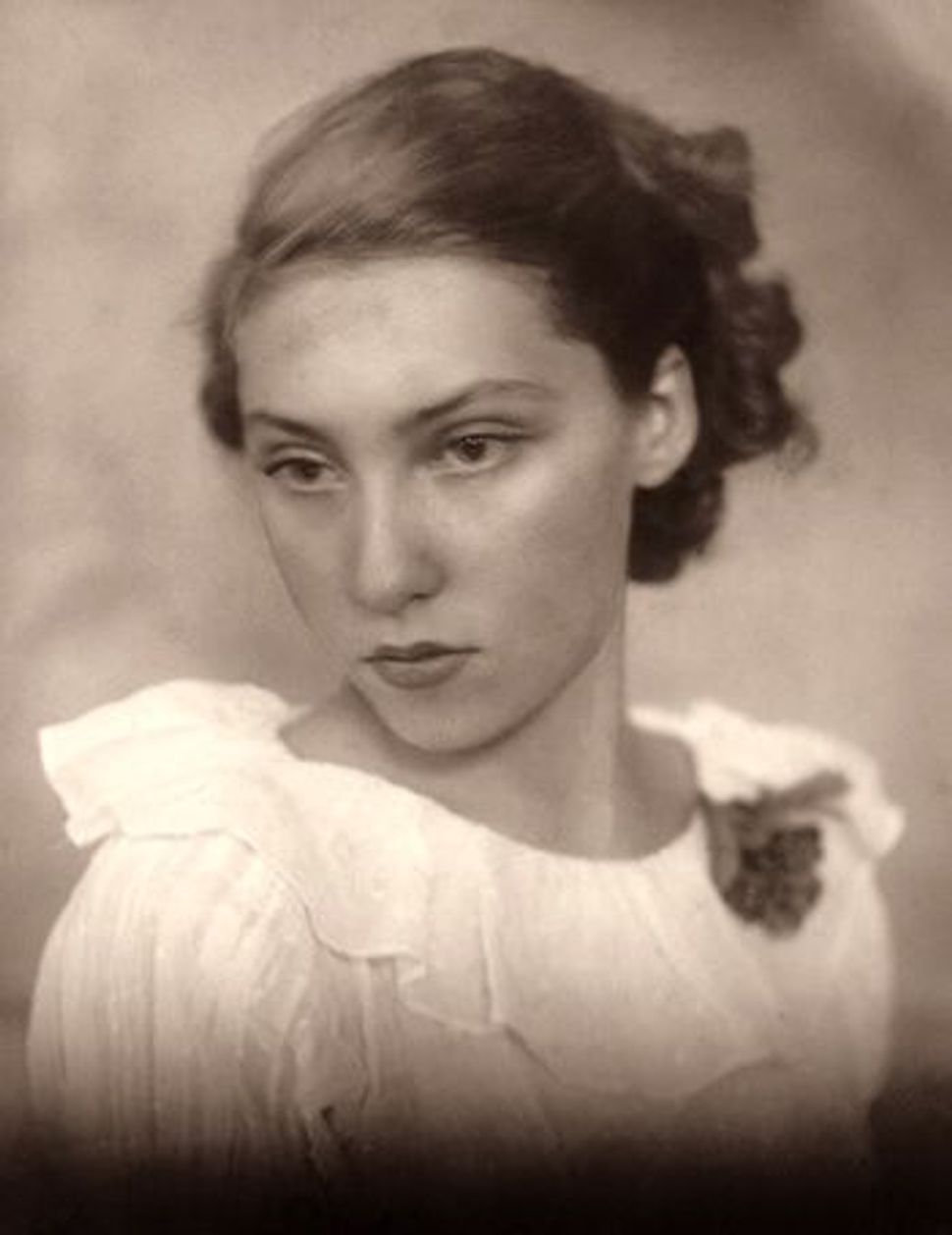 Why This World: A Biography of Clarice Lispector
By Benjamin Moser
Oxford University Press, 496 pages, $29.95.

Clarice Lispector was, in her own words, “guilty from birth, she who was born with the mortal sin.” She also was one of the past century’s greatest writers. Lispector’s childhood was spent in Recife, a large, poor city in northeastern Brazil. When she was 15, she, her two older sisters and her father moved to Rio de Janeiro. “I belong to Brazil,” she later wrote. Her impatience with facts makes this biography (from which all quotes come), or any other substantive one, look to her words. She loved animals, especially horses, because “in a horse the impression was the expression.” 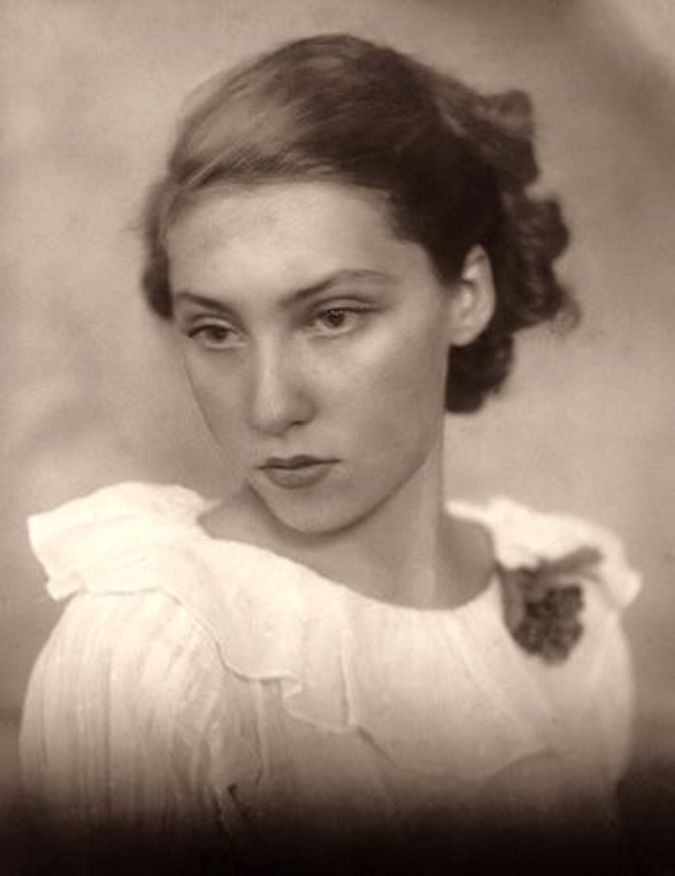 After an infatuation with writer Lúcio Cardoso went unreciprocated (he was a homosexual and could not be “saved”), she married a diplomat and became Clarice Gurgel Valente, “the best diplomatic wife ever,” and eventually a mother to two boys, the elder severely schizophrenic.

In Rio, at the age of 23, she completed her first novel, “Near to the Wild Heart.” “The struggle that book dramatizes — between the charismatic, beastly Joana and the placid bourgeois Lídia — reflects the struggle between two fundamentally inimical halves of their creator.” The novel catapulted her to fame. Then, being a perfect foreign-service wife, she let herself be whisked away to Naples, Bern, Washington. A book was born in each location. All were terrifying, uncompromisingly introspective — though none was as well received as her first. She hosted dinner parties where rose petals floated in fingerbowls. She was a mystic seeking “the symbol of the thing in the thing itself.” Insomnia led to a sleeping pill addiction.

Psychiatrists couldn’t treat her, because they fell in love with her — but not before diagnosing, “We see that all her sentimental life is stretched between one extreme (impulsivity) all the way across the whole range to the other extreme (subtlety, sensibility, ability to feel all the possible emotions that other humans feel). It will be very difficult for such a character to find balance.” The wild Joana finally triumphed over Lídia: Lispector left her husband in Washington and moved back to her beloved Brazil with her sons.

“There is a great curiosity surrounding the person of Clarice,” a magazine reported in 1961. Rumors and speculations circulated that Lispector didn’t exist, that her name was a pseudonym, that she was a he. Turned out that “he” was a strikingly beautiful woman, “Her green almond eyes, her high cheekbones, she looked like a she-wolf, a fascinating wolf.” She wore “scandalous” makeup; called people at all hours of the night; wrote “The Passion According to G.H.,” a book about a woman attaining spiritual climax by eating the white-yellow insides of a squashed cockroach. People began referring to Lispector as a monstre sacré, “a person whose combination of genius and oddity placed her somehow outside of human society,” and later, as “the great witch of Brazilian literature.” Lispector was greatly troubled by the epithets. She wrote: “The sacred monster died. In its place was born a little girl who lost her mother.”

This quote brings us back to her original birth. Chaya Lispector was born in Chechelnik, a shtetl in western Ukraine, in 1920, the height of the civil war (her name changed upon arrival in Brazil one year later). By then, at least 40,000 Jews had been murdered in pogroms. During one such pogrom, Clarice’s mother had been raped by Russian soldiers and contracted syphilis. It was a local superstition that pregnancy cured the illness: hence Clarice’s conception. And her birth was her first major failure: Instead of her mother being cured, her condition continued to deteriorate; she became paralyzed, and died when Lispector was 9. Throughout her life, Lispector continually eluded the question of her foreignness. “Facts and particulars annoy me,” she said. And, “Brazil is where I have to be, where I have my roots.”

“Why This World” by Benjamin Moser is the first English-language biography of Lispector, and as such it is worthy. Comprehensive, inspired, respectful of necessary silences — it does what Lispector set as a goal for her own writing: to leave unexplained what cannot be explained. While life is a series of events and circumstances held together by the glue of nights, meals, toilet regimens, and other routines, a biography is a narrative, and in narratives a theme invariably emerges. In his introduction, Moser asks: “Can a place impress its traits on one who abandons it in infancy? It would seem not. Yet the fact remains that a great mystic was born in a place famed for its great mystics.”

Throughout the book, Moser makes the case for Lispector as a Jewish mystic on a grueling search for God — and the argument is convincing, perhaps too convincing. Almost each of Lispector’s novelistic ventures or linguistic experiments is somehow compared with the writings of the kabbalists and Hasidic rabbis of her homeland. The association is pushed with such vigor and speculation that it occasionally feels forced and imposed. Only then does the tone threaten to become precious, the wrapping neat. I was reminded of Grace Paley’s introduction to “Soulstorm,” perhaps my favorite of Lispector’s story collections, where Paley writes, “I thought at one point in my reading that there was some longing for Europe, the Old World; but decided I was wrong. It was simply longing.”

The comparison with the mystics, if at times tenuous, is nevertheless important, because it speaks to the impossibility of comparing Lispector with other novelists. I cannot think of a more personal writer, no one for whom more is at stake in every literary undertaking. As Moser points out, when G.H. ate the roach, it was “not only the climax of that great novel. It was the climax of a spiritual and artistic search Lispector had been tracing for at least two decades.” At the end of her last novel, “The Hour of the Star,” there is a long meditation on whether the main character, Macabéa, will die. “I’m going to do everything to keep her from dying,” Lispector writes, to no avail. Macabéa is allowed to die. Days after the book’s 1977 publication, Lispector was hospitalized, and several months later she was dead.

So strange are her novels that one often wonders if Lispector had ever laid eyes on any other book. She had — she just had a different approach. She told an interviewer, “It’s not only that I lack culture and erudition, it’s that those subjects don’t interest me… because I think that literature is not literature, it’s life, living.” Writer João Guimarães Rosa once gave Lispector a compliment: “Something I will never forget, so happy was I when I heard it: he said he read me, not for literature, but for life.” And this is the key to her purportedly hermetic work. If the writing is life (Lispector’s in particular, and also life universal), then biography can be only one exegesis of many.

Yelena Akhtiorskaya is a writer in New York City.