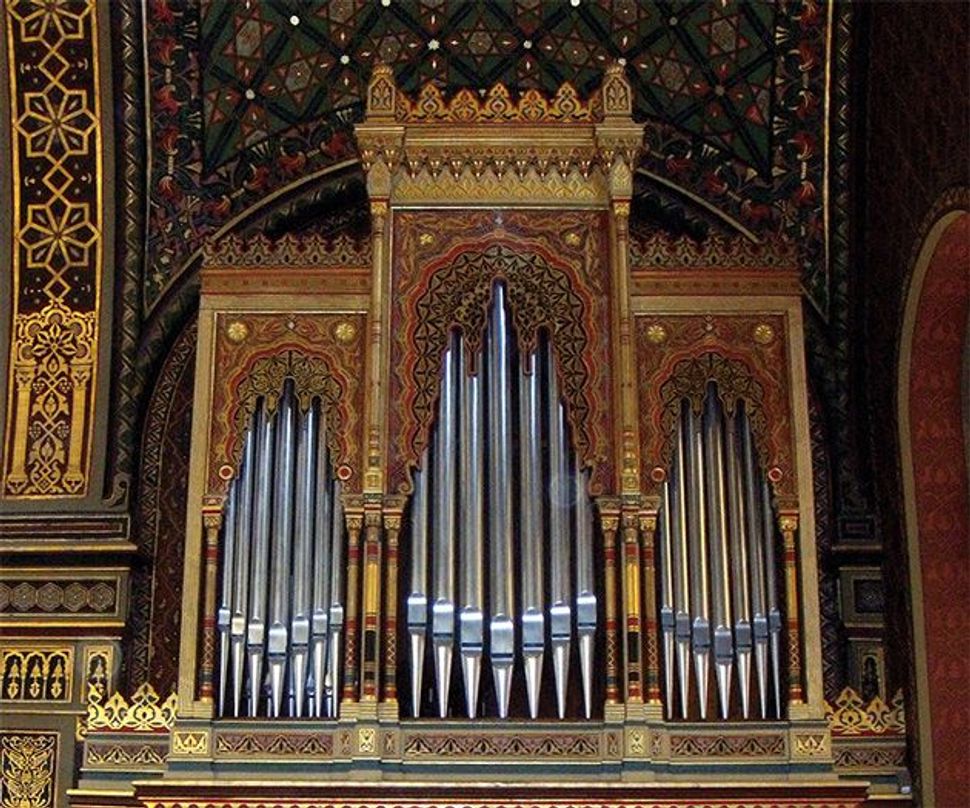 Before we know it, Rosh Hashanah, and with it, an incentive to visit our local synagogue for perhaps the first time in many months, will be upon us. We are drawn back to the synagogue for a number of reasons, many of them having more to do with filial piety — with devotion to family tradition — than anything else. Yet others among us come for the liturgy and the music that enlivens it: The sounds of the sacred service, from the timbre of the hazan’s voice to the strains of the guitar and the beats of the electric keyboard, facilitate both introspection and a sense of community. 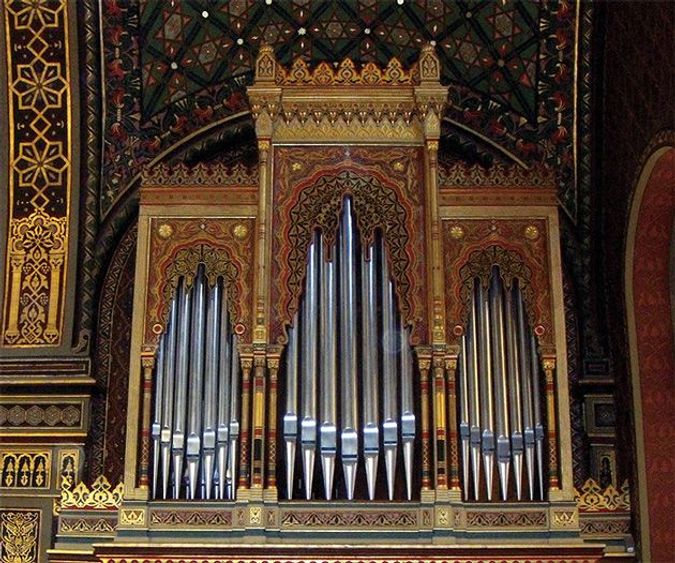 Earlier generations of synagogue-going Jews felt much the same way about the pipe organ, whose round, resonant tones spoke of sanctity and otherworldliness. But these days, unless a contemporary synagogue has made a point of reviving theirs as part of a larger, building-wide restoration project, not much liturgical organ music is heard. Its voice has been stilled, a consequence of both changing musical tastes and changing attitudes toward the protocols of divine worship.

In the mid-19th century, however, America’s most celebrated synagogues, from Kahal Kadosh Beth Elohim (or KKBE, as it was commonly known) in Charleston, S.C., to Plum Street Temple in Cincinnati, boasted a magnificent set of pipe organs. At once aural and architectural, their looming presence defined both space and sensibility. In this country, as in Germany, where more and more progressively minded synagogues embraced it, the organ was widely touted as a handmaiden to contemplation, a symbol of refinement and an instrument of modernity.

The organ was of “vital importance to the natural evolution of the liturgy,” stated composer Louis Lewandowski, of Berlin’s Oranienburger Strasse synagogue, in 1862 and its effect upon worshippers was simply “marvelous.” It transformed davening into worship, and the congregation from a noisy, informal, peripatetic assemblage of men into a quiet, restrained and increasingly passive congregation composed of women as well as men. The organ and sacred music composed for it heralded the malleability and adaptability of Jews and of Judaism.

Before long, no self-consciously modern synagogue — or “Temple,” as synagogues with pipe organs preferred to call themselves — was complete without this musical device. As Abraham Moise of Charleston, who championed the use of an organ, explained in an 1841 letter to Rabbi Isaac Leeser, who was decidedly not a fan, it provided an opportunity to enhance and “improve” on tradition rather than detract from it. Far from “Christianizing” the service, as its opponents were wont to claim, the organ, Moise insisted, endowed Judaism with “strength, beauty, stability and perpetuity.”

As Moise’s letter-cum-brief suggests, not all American Jews warmed to the sounds of organ music. Time and again throughout the course of the 19th and 20th century, the boom of the organ turned into a bone of contention, giv- ing rise to nasty intra-communal disputes and prompting congregants to

turn on one another. Those opposed to the organ drew both on Halacha and on history in expressing their disapproval. Making music on the Sabbath was forbidden, they claimed, adding that given the organ’s age-old association with Christian forms of worship, there was simply no room for one within the precincts of the synagogue. Those who favored the introduction of an organ drew on a different, far more sociological set of arguments, maintaining that having one would not only enrich the service, but also attract a younger generation of American Jews who found the traditional way of doing things dull and lackluster. The concerns of each faction fell on deaf ears.

Instead of promoting harmony, the organ provoked dissent, pitting the advocates of change against the advocates of the status quo. Tempers flared, synagogues came undone and, on more than one occasion, one group hauled the other into court, seeking some form of judicial redress and resolution. None was to be had. As the courts made clear in a celebrated 1840s case involving the Charleston synagogue, whose traditionalists sought to enlist the power of the American judicial system to stop their more progressive co-religionists from installing an organ, the law of the land had no standing whatsoever when it came to internal synagogue concerns that pertained to ritual practice. “The court should only take cognizance of such matters as may fairly come within the scope of a judicial judgment,” Judge A.P. Butler explained in his 1846 ruling. “From his habits of thinking and education, a judicial magistrate is not very well qualified to give a definite and enforcible [sic] judgment on questions of theological doctrine, depending on speculative faith, or ecclesiastical rites.” In other words, the synagogue’s members had to work out things among themselves. Which, eventually, they did: by seceding and forming a brand-new entity where an organ was either warmly countenanced or shunned like the plague.

That one person’s music is another person’s poison is no surprise, of course. Anyone living in a household of teenagers knows that. What is eye-opening, though, is the way in which musical preferences for or against the organ became as much a collective phenomenon as a personal one, a fault line that split the American Jewish community: For some, the organ was the answer to their prayers; others were tone deaf to its sonorous beauty. In both instances, sacred music was central to the evolution of American Jewish life — something worth bearing in mind as we settle down in our seats for the holidays.

And on that note, a healthy, satisfying and peaceful new year to one and all.