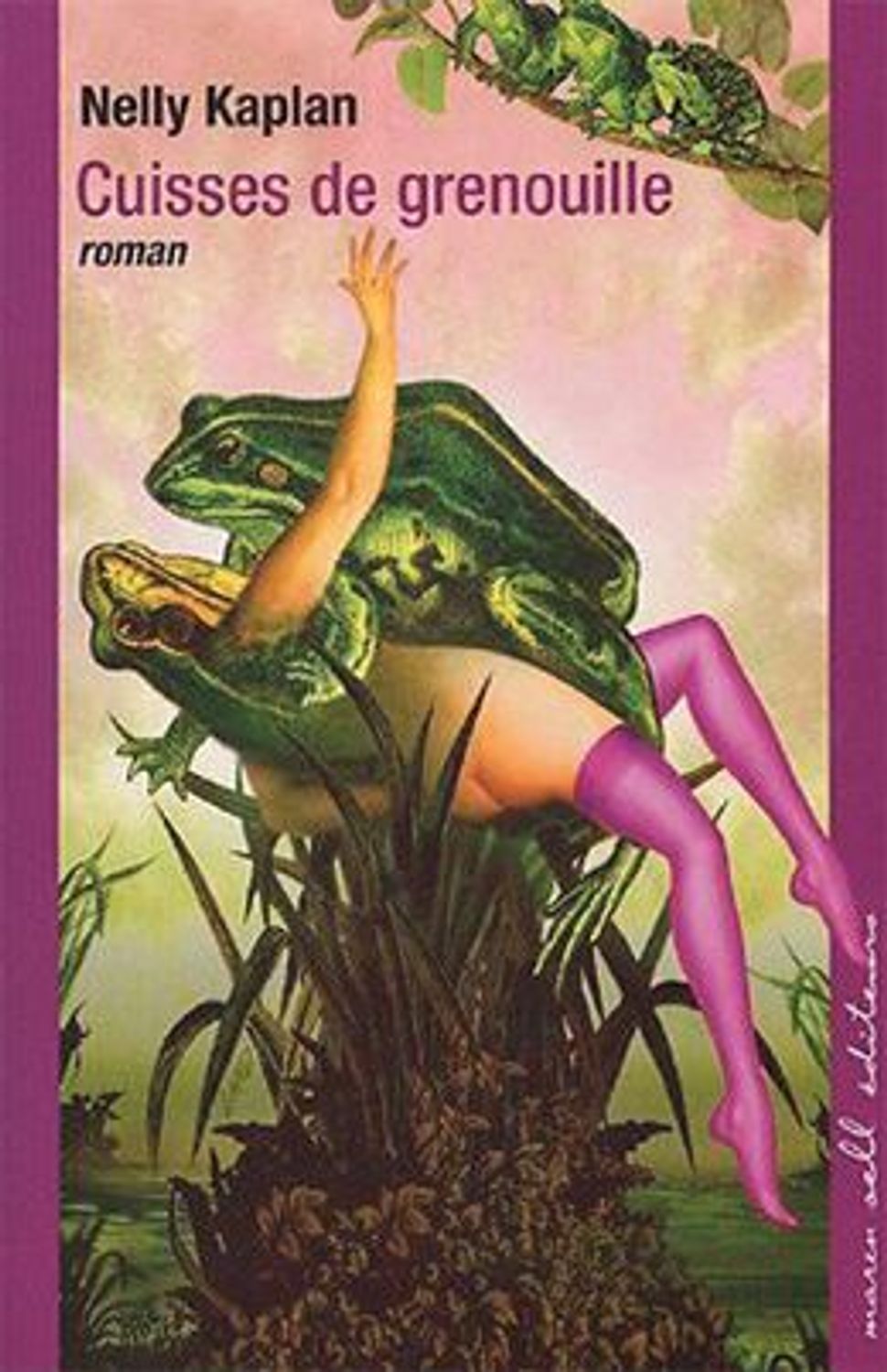 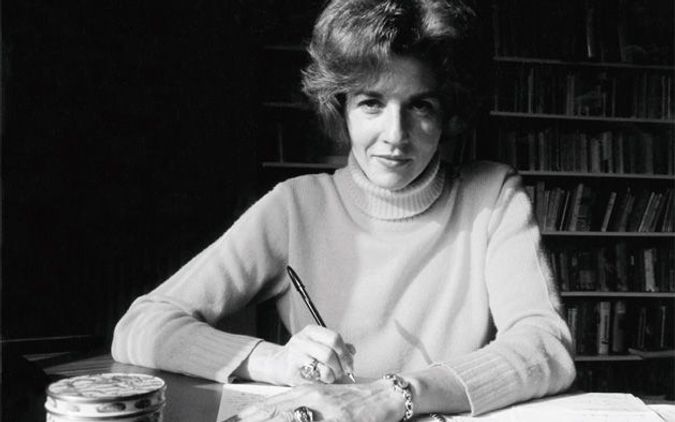 Beauty Is in the eye of the Pen-Holder: Kaplan?s letters show that ?love and humor are not contradictory.? Image by PHOTO: CLAUDE MAKOVSKI, COURTESY NELLY KAPLAN

French-Jewish filmmaker and writer Nelly Kaplan, born in Buenos Aires in 1936 (some sources say 1931) to Russian-Jewish parents, has long been the incarnation of a particularly romantic ideal. She is featured as part of the first major exhibition of women artists and surrealism to be held in Europe, Angels of Anarchy, opening on September 26 at Manchester Art Gallery, in Manchester, United Kingdom. Kaplan has just published a collection of love letters exchanged from the 1960s onward with the noted French surrealist writer André Pieyre de Mandiargues, from Les Editions Tallandier. Titled “Write to Me About Your Lofty Deeds and Crimes…” (“Ecris-Moi tes Hauts Faits et tes Crimes…”), these teasingly playful messages belong to a now-defunct literary tradition of the billet-doux, tinged with more than a dollop of acerbic, sometimes even sadistic, wit.

In an afterword to her annotated edition of the Mandiargues letters, Kaplan, still a charismatic, slender woman with striking green eyes, explains that “love and humor are not contradictory.” Yet, her career trajectory has always epitomized high seriousness, from the time she reached Paris in 1953 as a teenage student of economics, enamored of film. Almost at once she met brilliant but troubled French filmmaker Abel Gance. The illegitimate son of a Jewish doctor and a working-class mother, Gance became a legend for his epic silent film “Napoléon” (1927). He accepted Kaplan as his assistant director, as well as his lover, and she collaborated with him on his films “Magirama” (1956), “Austerlitz” (1960) and “Cyrano et d’Artagnan” (1964). Kaplan’s often steamy correspondence with Gance, “Mon Cygne, Mon Signe…” (“My Swan, My Signpost…”), was published last year by Les Éditions du Rocher. Soon afterward, Kaplan’s striking beauty allowed her to enter the circle of veteran surrealists and, as she recalled in an interview for Le Figaro, in 1956 the so-called “Pope of Surrealism” himself, André Breton took on Kaplan as a protégée after meeting her at an exhibit of pre-Colombian art at Paris’s Musée des Arts Décoratifs. 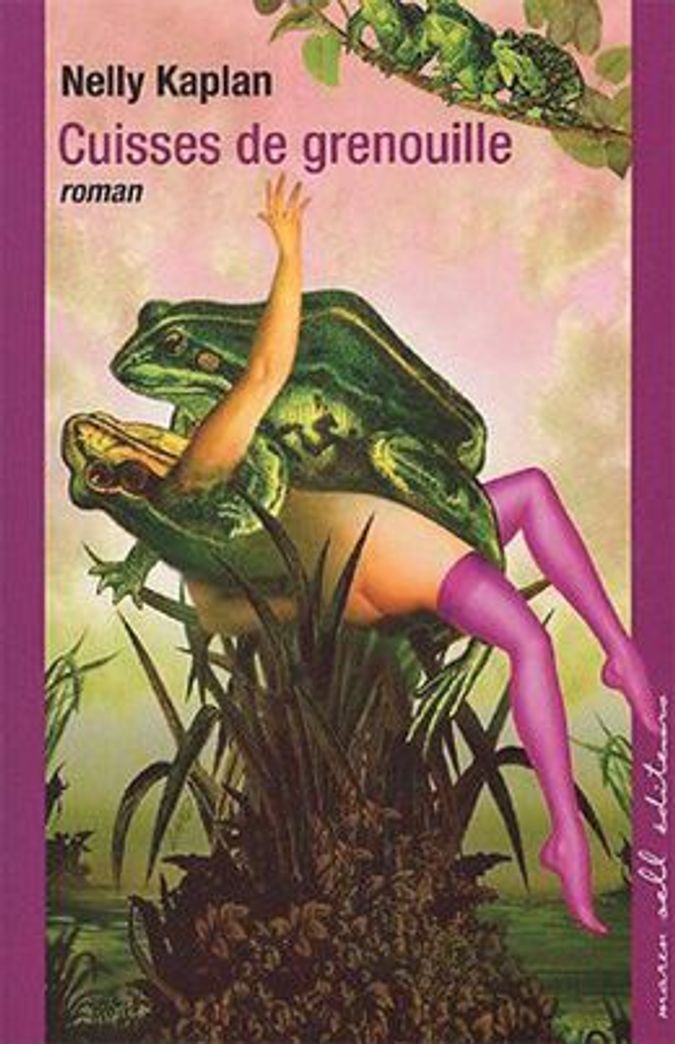 For these writers, Kaplan naturally fit into the tradition of Jewish surrealists who had immigrated to Paris, including poet Benjamin Fondane (born Benjamin Wechsler in Romania). Other Romanian-Jewish surrealist poets included Ilarie Voronca (born Eduard Marcus), Tristan Tzara (born Samuel Rosenstock) and Ghérasim Luca (born Salman Locker). Of all these, Kaplan was closest in spirit to Fondane, who was obsessed by film, as a recently reprinted collection of Fondane’s: “Ecrits pour le Cinéma” (“Film Writings”; Verdier) proves. Fleeing the antisemitism of their native lands, these creators recognized in surrealism and the avant-garde an expression of their own topsy-turvy status as 20th-century European Jews.

Beyond these spiritual and ethnic connections, Kaplan flaunted the attraction of being a bewitchingly seductive, liberated young woman who, to these bookish French poets, incarnated the well-established literary trope of the “belle Juive” or “beautiful Jewish woman.” Dating back to 17th-century poet Racine’s play “Bérénice,” the concept of the seductive, dangerous Jewish woman became especially fevered in 19th-century French writing, such as Maupassant’s “La Maison Tellier” and Victor Hugo’s “La Sultane Favorite.” In the latter poem, the beautiful Jewish wife of a sultan languidly waves her fan to indicate which of her harem rivals should be beheaded.

While Kaplan did avoid beheading anyone, she conscientiously established a career as a documentary filmmaker, making films on such artists as Gustave Moreau (1961) and Picasso (1967), as well as her lover and colleague, Gance (1963 and 1983). A number of these films were rereleased on DVD in a 2005 box set, “Nelly Kaplan Dans Tous Ses États” (“Nelly Kaplan in All Her Guises”), but only for the European market; an American DVD release is long overdue. Kaplan also became notorious as the author of erotic tales published under the pen name Belen and collected in the 1966 volume “Reservoir of the Senses” (“Le Réservoir des Sens”), as well as in the 1973 novel “Memoires of a Linen-Reader” (“Mémoires d’une Liseuse de Draps”). In the latter book, a young girl raised on a pirate ship, The Sperma, opts to lose her virginity to her own father after evading soldiers of the CIA. And so it goes.

Kaplan explored the same frantic kaleidoscope of sexual revenge and upending everyday morality in her first feature film, 1969’s “The Pirate’s Fiancée” (“La Fiancée du Pirate”), in which a young woman exploited by a lesbian farmer decides to prostitute herself to villagers. The soundtrack, featuring songs sung by French-Jewish performer Monique Serf, whose stage name was Barbara, emphasizes female power in relationships.

Long before Edward Kritzler’s 2008 study, “Jewish Pirates of the Caribbean” (Doubleday), Kaplan obsessively identified with pirates as outsiders free of common legal and moral constraints. Her letters to Mandiargues, apart from chatting about such mutual friends as Esther Judith Singer — another Argentine woman of Russian descent, who would marry the Italian writer Italo Calvino — feature fervent imaginings owing much to the precedent of the Marquis de Sade. One such is a playful fictive narration of how the Italian city Tirrenia, founded by Mussolini to attract tourists, became a refuge for African-American army deserters, three of whom Kaplan claimed to have personally tied to trees, naked: “But their weeping defeated my ardor, and I let them escape, idiot that I am.” Mandiargues, clearly enticed by such fantasizing, refers to Kaplan as “my pantheress,” “Bellenelly,” “Divine K.” and “Magnificent Lady N.” Kaplan in turn sends teasing postcards along in her travels, such as one showing San Francisco’s Coit Tower, with her expected pun on the French word “coït” (sexual intercourse).

In 1962, Mandiargues requests, using a phrase repeated in the book’s title, “Write to me, if you please, about your lofty deeds and crimes.” Kaplan does her best to comply, while nevertheless keeping her career firmly in mind, and describes how her documentaries are received at the Cannes Film Festival. Or how she seduces other elderly European literary eminences, such as Italian poet Giuseppe Ungaretti, who was enlisted to translate part of a Gance screenplay into Italian.

Throughout, in her life as well as in her work, Kaplan displays an energetic will to upend macho stereotypes with an imaginative, freewheeling sense of romance. Mandiargues, often assuming the pose of an exhausted aesthete, could only admire what he termed her “great gilded insolence,” just as American readers and filmgoers look forward to the greater availability of her creations in the near future.

Here is a video interview with Nelly Kaplan from 2002 in a Paris cafe (unfortunately no subtitles):