How I’m Losing My Love For Israel 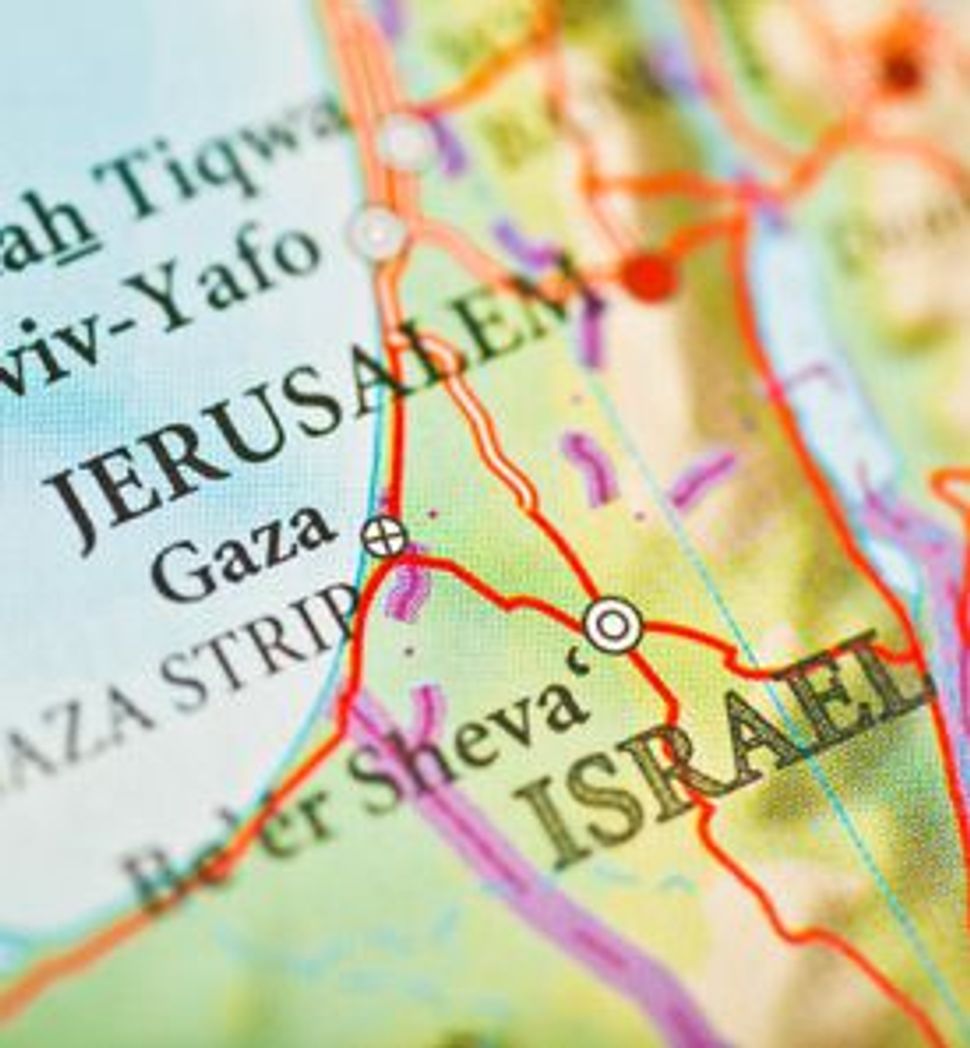 To paraphrase a recent Jewish organizational tagline, I’ve “hugged and wrestled with Israel” for 20 years now. At first, it was all embrace: Zionist songs and culture nourished me like mother’s milk, and on my first trip to Israel I kissed the tarmac at Ben Gurion, as did the other USY (United Synagogue Youth) kids. 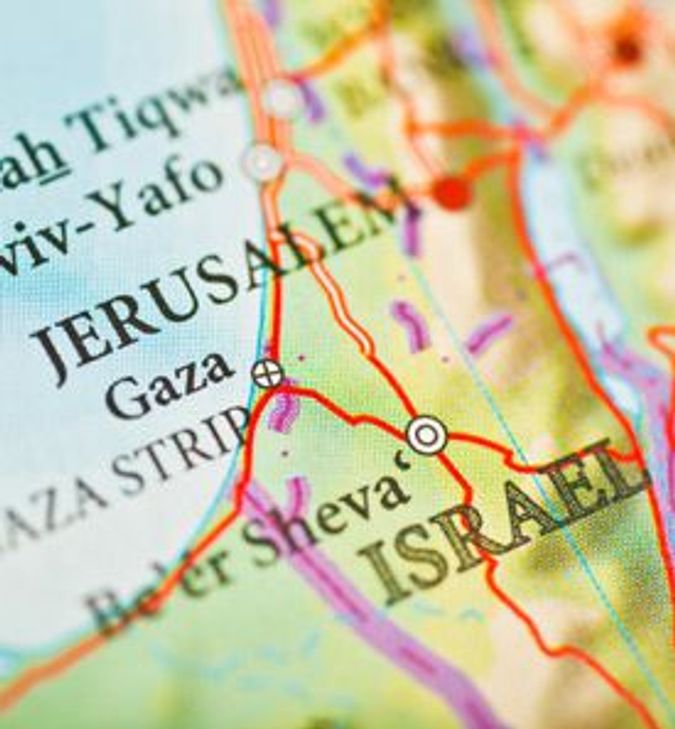 Eventually, the wrestling came to the fore, particularly as I became more conscious of Palestinians, settlements and religious-secular divides. In 2002, I wrote about being “a leftist and a Zionist” and how difficult it was to maintain those dual political identities. And for several years, I’ve argued for a more nuanced approach to Israel advocacy and education than the hail of falafel balls and the bludgeon of Taglit-Birthright.

But lately I’ve noticed that I’m becoming a candidate for advocacy myself. I’ve loved Israel for decades, lived there for three years, and studied in detail the subtleties of its society and conflicts. And so it is with the sadness that accompanies the end of any affair that I notice my love is starting to wane.

Why? There are four primary reasons.

First, I admit, it has become simply exhausting to maintain the ambivalence, the hugging and the wrestling, the endless fence sitting. My love of Israel has turned into a series of equivocations: “I do not support the expansion of settlements, but the Palestinians bear primary responsibility for the collapse of the peace process in 1999.” “The Israelis acted overzealously in Gaza, but they must be entitled to defend themselves against rocket attacks.” “Yes, the separation wall is odious, but it is also effective and necessary.” Yes, but; no, but; defend, but. At some point, the complexity and ambiguity wears one out, particularly when the visuals on the anti-Israel side are so compelling, and so stark: walls, tanks, checkpoints.

I admit that my exhaustion is exacerbated because, in my social circles, supporting Israel is like supporting segregation, apartheid or worse. I know this is a sign of weakness of will on my part, and I hope that the Times-magazine-sanctioned rise of J Street changes things, but I don’t think advocates of Israel understand exactly how bad the situation is on college campuses, in Europe, and in liberal or leftist social-political circles. Supporting Israel in these contexts is like supporting repression, or the war in Iraq, or George W. Bush. It’s gotten so bad, I don’t mention Israel in certain conversations anymore, and no longer defend it when it’s lumped in with South Africa and China by my friends. This is wrong of me, I know, but I’ve been defending Israel for years, and it’s gotten harder and harder to do so.

How much of Israel’s pariah status is fantasy and how much is reality is, of course, a complicated question, and one that I would not presume to answer in this column. In the conversations I’ve had, it’s some of each — and again a subject for equivocation. Yes, Israel’s new government is a right/far-right alliance whose foreign policy looks suspiciously like Yitzhak Shamir’s era of “Say yes and do nothing.” But on the other hand, I understand why many Israelis are fed up and voted for it, and the oversimplifications among Israel’s critics are many. For example, just because this government is expanding settlements does not make doing so an essential part of Israel’s identity.

But I’m not sure the parsing matters. I’m not sure any state with tanks can win a propaganda war against an occupied people with guns and Molotov cocktails — even if the occupied people’s leaders deserve plenty of blame. It’s exhausting to keep fighting this fight, especially as Israel’s authentically odious actions (excesses by soldiers, expropriations of land) continue to pile up, and the yes-buts grow harder and harder to maintain.

The second reason for my waning love of Israel is that the Israel I love is increasingly disappearing. It started in Jerusalem, with the exodus of the secular left and the slow, agonizing demise of the culture they created. Now, many of my sabra friends are leaving the country entirely, desperately looking for tech jobs in California or academic postings in Indiana. However worn out I may be by the matzav my friends who have lived in it are far worse. For now, Tel Aviv’s liberal, secular, life-celebrating culture continues to thrive and is even developing a spiritual aspect — but like many Israelis, I feel like I’m reading the writing on the wall.

Part of the problem here is that the Israel I love is not the Disneyland most of my fellow Americans seem to adore. Sure, I cry at Macadam and even feel moved at the kotel. But my Israel is one of shuks, cafes, shtiebels and hiking trails; of family and friends; of my alma mater on Mount Scopus and my favorite field in Talbieh (Churshat Hayareach, an open space continually threatened with destruction). Personally, I find the way many Americans strut in and out of Jerusalem for the holidays partly ridiculous and partly nauseating. So while the storybook Jerusalem remains more or less intact, I care less about it than the delicate, messy harmonies of the real ones.

Worse than that, the mythic Israel is now actively affecting — I would say harming — the real one. The handful of rich American conservatives who have influenced Israeli politics lately have tended to prefer grandiose myths to the messy realities that should govern pragmatic decision making — and eventually, all those simplifications add up to dangerous distortions in policy. The “fantasy Israel,” the one many Americans seem largely to inhabit, doesn’t compensate for the erosion of the real one. On the contrary, it causes it.

Nor am I myself immune; the third way in which my love for Israel is waning is that I’ve started to second-guess the love itself. How distant is my love of Churshat Hayareach from the sentimentality of a tourist at the Wall? (The Western one, that is, not the Separation one.) Am I not, too, an American moved, and thus partially blinded, by religious and national myth? How different am I, really, from those who value the poetry of the kotel over the prose of human rights? Am I really so different from those whose pro-Israel company I keep? It’s not that American Jews’ myths about Israel are false — it’s just that they have a way of shaping narrative, and papering over problems like, oh, the two million non-Jewish residents of Greater Israel.

This is especially the case because those problems are often rendered invisible. When my more liberal friends used to call me out about Israeli politics, I would sometimes respond that the picture they had, shaped by Western media, was a distorted one. Really, I’d say, Israel is a wonderful place — a place where doors are left unlocked and musicians play in the street, and where an almost-extinguished culture rose from literal ashes.

But, you know, a Southerner in the 1950s or an Afrikaner in the 1980s might say similar things. Yes, living within Green Line Israel, it’s possible to forget the Occupation (a term that certain Jewish news agencies feel obliged to scare quote). But maybe that’s part of the problem: The current regime of Separation (apart-ness, perhaps?) is all too effective. And so I’ve begun to second-guess even my own love of the place, wondering how much of it is built upon a foundation of deliberately constructed ignorance, a result of years of selective education. I sip my limonana, and five miles away a mother is harassed at a checkpoint. Which is reality and which fantasy?

Finally, I think my love of Israel is fading because I feel personally implicated by its injustices, even though I have chosen to live in America and have relinquished my right to have any say over Israeli policy. (If only some of my countrymen would feel similarly.) On a recent trip to Berlin, I remarked to a friend that I felt more relaxed there than in Jerusalem. Part of it was that Berlin is a liberal city, and part of it was that I didn’t have to be frisked every time I walked into a cafe. But mostly, I think, I felt relaxed because while there was certainly plenty of political baggage around, none of it was mine. I’m not implicated in Germany’s wrong decisions (to be clear, I refer more to Turks in 2009 than to Jews in 1939), whereas I do feel implicated by Israel’s.

This sense of implication is perhaps yet more fantasy — yet another American thinking he’s part of a country he doesn’t inhabit. But it comes with the territory of love, which is perhaps why I’m slowly disengaging. I understand why many Israelis feel fed up with the Palestinian problem and are ready to slam the door. But as an outsider, I no longer want to feel entangled by their decisions and implicated in their consequences. B’seder: It’s your choice to make… but count me out.

In my heart, I still love the stones and trees of Jerusalem, even though I know that love is sentimental, problematic and shared with people I mistrust. I am still awed by the tkuma, the resurrection and rebirth of my ancient people. And, yes, I feel like underscoring, I still support the State of Israel, its right to exist and the rest. Most important, it is still, in part, my home.

But especially on this side of the ocean, more and more of those who feel similarly have politics, agendas and overall experiences of Israel very different from mine. What they love is not what I love, and how they love is terrifying. And so while my love endures, my unease grows, and with it, the gnawing sense that this relationship is in trouble.

How I’m Losing My Love For Israel