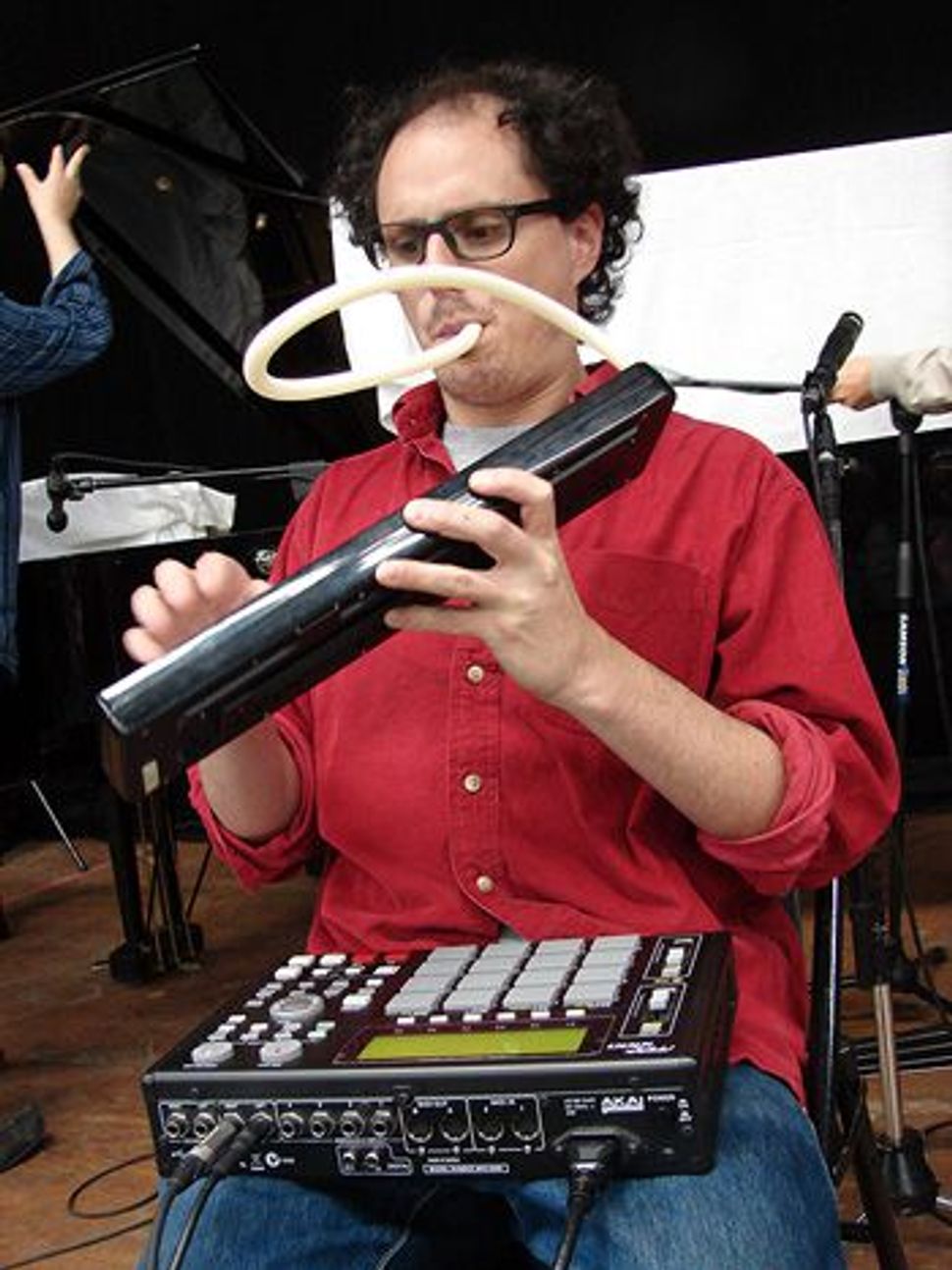 Breathalyzed: When Josh Dolgin blows into his sampler who knows what?s going to blow out. Image by LORI WOLF

With a multitude of workshops for musicians and Yiddish culture buffs, the annual KlezKanada Festival takes place at the end of August in the mountains north of Montreal. This year, I was able to sit in on Josh Dolgin’s “Fusion Shmusion” class, whose catalog description started with the question, “Does most Jewishy fusion music suck?” 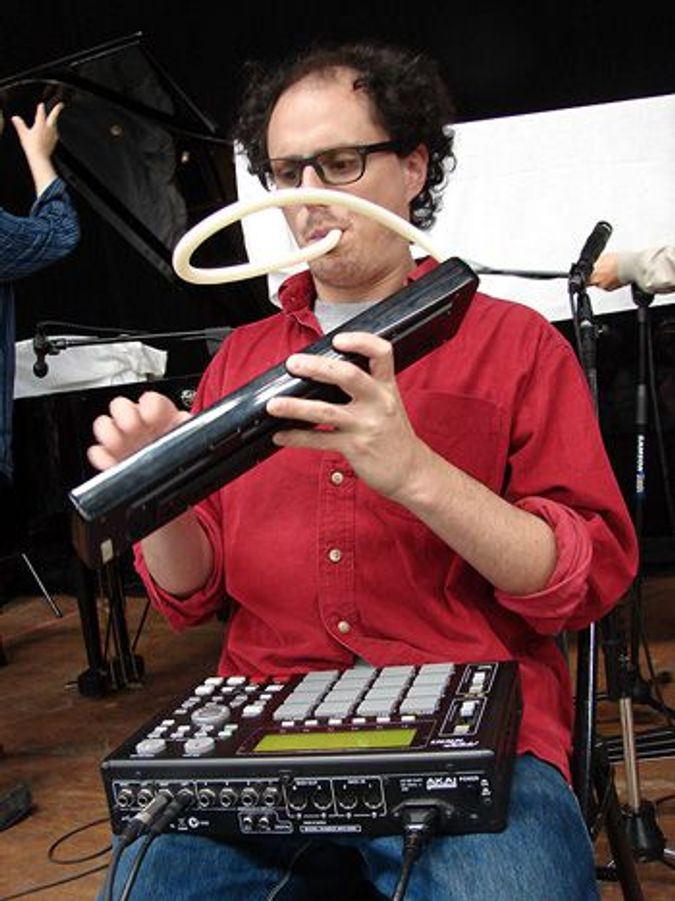 Breathalyzed: When Josh Dolgin blows into his sampler who knows what?s going to blow out. Image by LORI WOLF

An eclectic bunch of students enrolled, including a rock ’n’ roll guitarist, a fiddler of the music of Cape Breton Island, a Scottish step dancer, a lap slide guitarist, a teenage oboist, a classical pianist, veteran musicians in their 60s who have done it all and the leader of — lo and behold — a klezmer-fusion band. Dolgin, as the teacher, was open to all opinions on the nature of fusion music, but was clear about his own contrarian views. At one point, he played a Beyoncé song and, after the class had universally panned it, said, “That‘s what I aspire to — efficient pop.”

Dolgin, better known as Socalled, emphasized that the key to creating fusion music is knowing your sources, the raw musical ingredients, and he inundated the class with old 78-rpm klezmer and rare old Jewish vocal recordings from his collection. Things got hectic as the class began to create its own fusion work, which started with belly-dancing rhythms cut up on Dolgin’s sampler and then moved on to an Irish tune called “Butterfly,” followed by vocalists scatting cantorial chants and repeating fragments of the “Song of the Volga Boatmen” in Russian as the Scottish dancer clogged away. The lap slide guitarist then wailed freely before the piece concluded with a quartet playing a Zavel Zilberts 1920s composition that probably has not been played in 80 years.

The klezmer-fusion bandleader dropped out of the class, refusing to have any more to do with Socalled’s so-called fusion.

The final product of the class was a performance that appeared closer to an absurdist Dadaist show from Cabaret Voltaire than to anything previously labeled as fusion. It was a magnificent failure on one level, but also one of the most fun acts for the audience that night. “Everything I said at the beginning of class — that fusion should not be — we did tonight,” Dolgin admitted. And so, back to the drawing board for Jewish fusion shmusion.

Itzik Gottesman is the associate editor of the Forverts.