A Theater of War 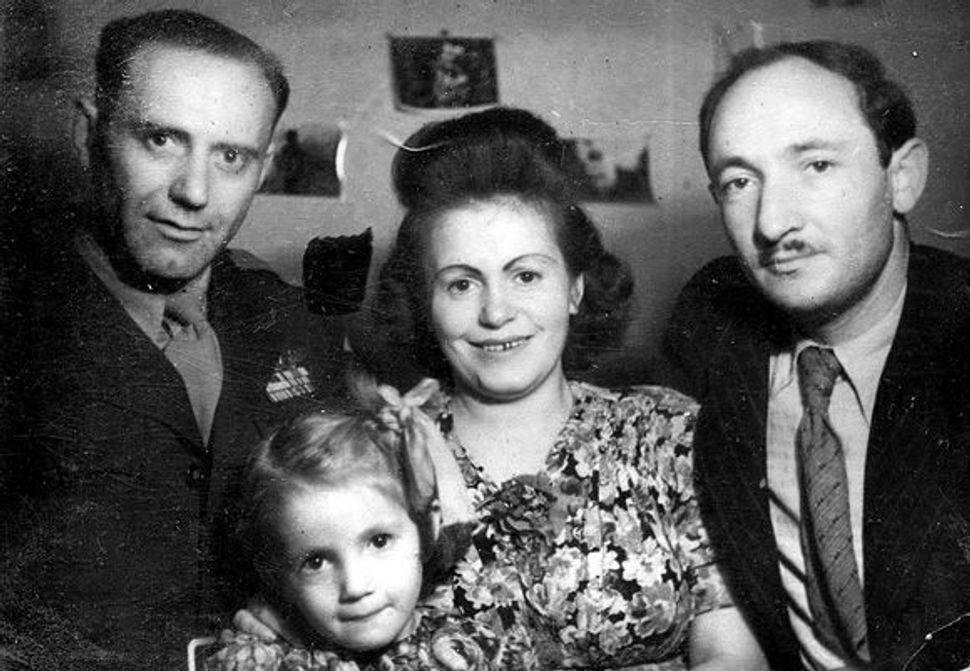 Shloyme Zynstein was a powerful force in the rebirth of Jewish culture in the displaced persons camps of postwar Germany. Zynstein, his wife, Rachel, and their two young children lived at the Bamberg DP Camp in the American section of occupied Germany from 1945 to 1947, and it was there that he founded the Bamberg Yidishe Drama Studio. Journeying among DP camps, Zynstein and the troupe performed Yiddish theater favorites from Sholem Asch’s “Af Kidush Hashem” (“In the Sanctification of God’s Name”) to lighter fare, like Sholom Aleichem’s “Dos Groyse Gevins” (“The Lottery”). Zynstein directed and acted with the company, and also worked as photojournalist for the camp newspaper and for several other Yiddish papers. He managed to develop and print images in a home darkroom that he established in the Zynsteins’ apartment at the camp, which they shared with Rachel’s surviving cousins, Moyshe and Rifke Kupitz.

During the war, Zynstein had been a tailor, and he survived several deportation attempts precisely because his handmade uniforms were favored by the local Nazi general. It was while repairing one such uniform that he overheard talk of an upcoming “ausrein” in which women and children would be deported to death camps. He deftly arranged for Rachel, then nine months pregnant with their first child, to escape.

Today, that child, Fran (“Freydele”) Oz, who was born in 1942 in the Zshmerinker ghetto in Transnistria, is working to preserve her father’s legacy. In a recent interview with the Forward, she spoke of her father’s creative life amid the war, during which he organized the underground newspaper and taught Hebrew school in the ghetto, among other things. “Thank God my father was a lover of life,” she said, “and kept us human throughout it all.”

Zynstein’s adventures continued in 1947, when the family immigrated to America aboard the leak-prone American ship the Ernie Pyle. Oz, who lives in the Bronx, remembers being placed on a lifeboat as her father remained on board as long as possible, photographing the sinking of the ship. Fortunately, all the family arrived safely in New York the next day. Below are some of Zynstein’s images. After reading an earlier Forward article about Yiddish theater, Oz shared her father’s photo album with us. She’s currently applying for grants in order to write about the lesser-known history of Yiddish theater in DP camps.

A Theater of War