From Freeing Tibet to Rebooting Judaism 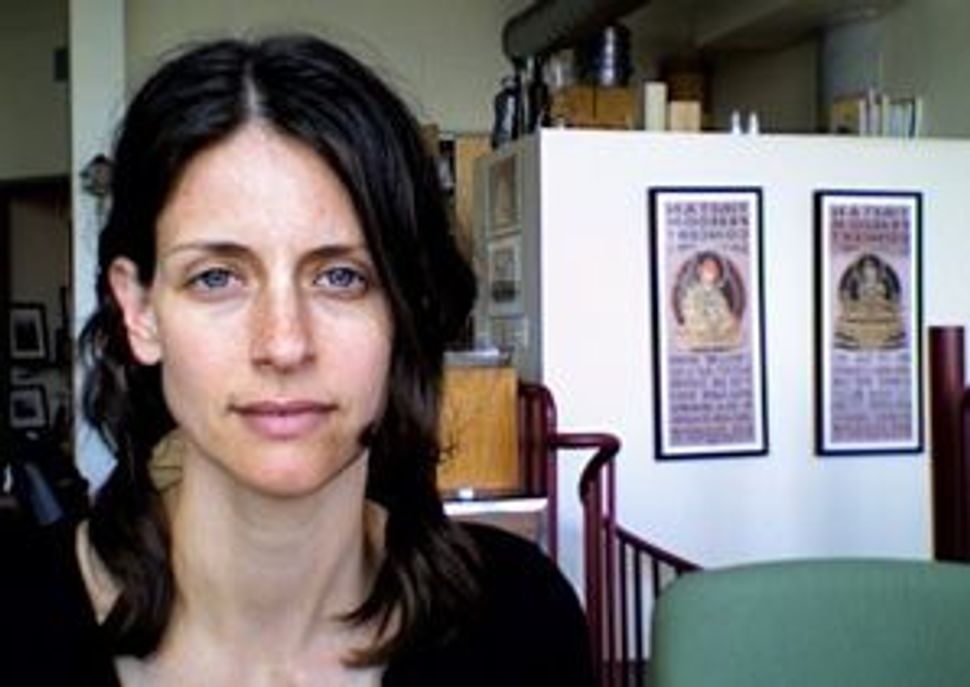 Erin Potts got her start in activism at a very young age — and on a very big stage. 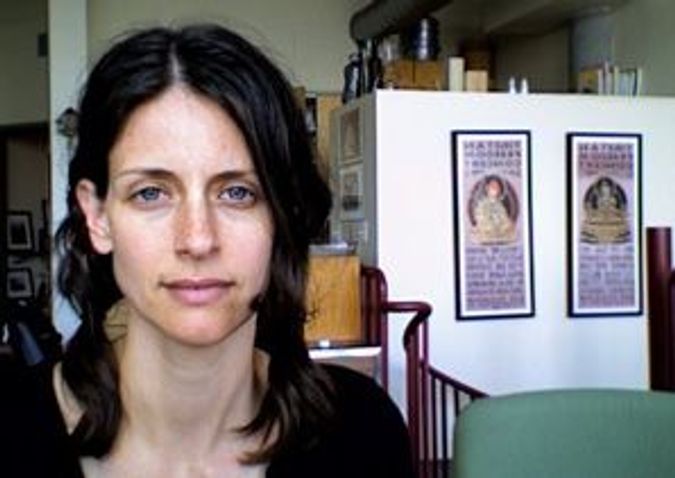 When Potts was only 21, she co-founded the Milarepa Fund with Adam Yauch of the Beastie Boys. The fund used music to raise awareness about the plight of Chinese-occupied Tibet, organizing a series of star-studded Tibetan Freedom Concerts in cities around the world. Between 1996 and 2001, the concerts brought together the biggest names in the music business (and no small number of Buddhist monks) before crowds numbering in the tens of thousands.

Now a married mother of two, the 35-year-old San Francisco resident continues to work in the intersections of culture and activism. Potts runs a consulting company, Be+cause Strategies, that advises nonprofits on how to connect with young people through culture. She also co-founded and manages Air Traffic Control, a group that helps musicians engage with social issues.

Potts also serves as the board chair of Reboot, an innovative Jewish nonprofit that uses salons, summits and networking to bring together small groups of young thinkers, culture creators and movers and shakers, giving them opportunities to reconnect with their Jewish identities and the tools to participate in shaping new Jewish cultural endeavors. Already, Reboot participants have spun off a number of cultural initiatives geared toward the cool Jewish crowd, from a record label, Reboot Stereophonic, to the quarterly magazine Guilt & Pleasure.

Potts discussed her entrée into the world of Jewish activism with the Forward via e-mail.

What do you do as Reboot’s board chair?

As the first board chair, I’ve been setting up a lot of process and boring administrative stuff that is really important to healthy organizations but is not what one would call sexy work. Another aspect of my work is to raise a bit of money for the organization. I also spend a lot of time supporting the executive director. At Milarepa, I was a very young E.D. without a great amount of board support, so I really want to make sure that I support the E.D.’s of the organizations that I am on the board of.

The name Reboot suggests that something’s wrong with Jewish life as it stands now, and that it needs to be somehow restarted. What’s our problem?

Well, I wouldn’t say a problem. It’s more of an opportunity. Reboot’s founders originally based the idea of it on an essay called “A Great Awakening” by Brandeis historian Jonathan Sarna. In it he says that the history of Judaism in the United States has been one of innovation — that every generation has a responsibility to make meaning… to not just inherit, but to choose it with confidence.

For me, personally, being Jewish was nothing of meaning in my life. My mom’s family, despite a Jewish-sounding surname, was two generations removed from anyone being observant in any way. My dad was raised Methodist but became a scientist. My student activism around human rights led me to work with the Tibetan people extensively, and so I learned a lot about Buddhism. In short, I grew up fascinated by religion, but never observant in any of them.

About four years ago, I was invited to a Reboot summit. I was very skeptical of going; I didn’t feel Jewish, didn’t particularly want to feel Jewish. I hesitated as long as I could in deciding to go. Finally, a friend who had been to Reboot the previous year told me that I just needed to have faith that there would be something I could give or get out of the experience that would be useful somehow.

That first night in Utah was the first time I had been in a room full of Jews that I wasn’t related to. It was my first Shabbat dinner ever. I didn’t know the prayers or what to do. It reminded me of being in a foreign country, not knowing the customs nor the language. That feeling of being an outsider.

At first I thought I had made a terrible mistake in coming. But about an hour later I recognized that the open space that Reboot gives people like me to think about identity, community and meaning was life-changing.

During the summit, and particularly the rituals that a man named Amichai Lau-Lavie led, I realized that ritualized practices could and should have meaning for me, not just be “things we do.” Many people find that meaning, but I never did. I went home feeling free to adopt and adapt my own versions of rituals — Jewish and other. Shabbat became important, especially after reading Heschel’s “The Sabbath” (a gift from Reboot), as did a daily prayer I say that is definitely not Jewish in any way.

At the next summit, I was asked to speak at Shabbat. I forget the exact words I said, but it had to do with my years living alongside another religious people, the Tibetans. I talked about how Tibetans think that high places, like Utah, are godly places. That in their religion, Buddhism, three things are revered: the Buddha, his teachings and the community of learners that come together around his teachings. This community is called the Sangha, and I had never been a part of one — part of a community of learners — until I became a part of Reboot. This was and is an invaluable gift.

Do you identify as a JewBu — a Jewish Buddhist?

Are there any continuities between your work with the Milarepa Fund organizing the Tibetan Freedom Concerts and your involvement with Reboot?

Yes, the continuity between the two is that young people are powerful agents of change. Also that culture is the right venue to engage young people. The work that I do now is a continuation of the concerts, and stems from my study of how to engage people, to build movements and communities, and to create culture.

People today engage in community and in the world differently. They look at institutions differently. The work that my company does helps nonprofits re-engineer their activities around this new way of engaging.

Most nonprofit institutions in this country haven’t realized that people are demanding a different way to be involved, while many for-profit ones have. I’m personally tired of social change organizations being 20 years behind the corporations, especially because I have a hunch that nonprofits, with aspirational missions at their core rather than products, will excel at this new type of engagement beyond what the for-profits have been able to do.

What is it specifically about Judaism or Jewish identity that resonated with you so much that you went from being such a skeptic to being so involved?

Specifically it was the open space that Reboot has given me to take Judaism as I want to and when I want to. I don’t have anything shoved down my throat when I am a part of the Jewish community that is Reboot and Reboot-inspired.

Since getting involved with Reboot, have you found a Jewish community in San Francisco that suits you?

There is a burgeoning Reboot community here in San Francisco that we’re a part of. There are monthly events of a variety of types. We did a Jewish deli crawl a few weeks ago. It was great, although my kids wanted to eat pizza rather than knishes.

Tibet is an urgent moral issue. Fighting for a free Tibet is something that can be viewed as an imperative. But what’s the moral imperative for building Jewish community? The fact that you’re a leader in that cause as well suggests that you feel some sort of a responsibility, beyond your own personal spiritual exploration, to improving our Jewish community. Why do you feel this is so important?

Personally, I don’t feel that it is a “moral imperative,” as you put it, to create Jewish community. Others inside and outside of Reboot do, so maybe you should ask them. My reason for being “a leader” in Reboot is that I feel that it is a gift that has been given to me. When I’ve been given something life-changing and important like this, I want to make sure that others can experience it as well.

Reboot focuses on engaging with small groups of influential creative types — people who, as Reboot puts it, “shape American intellectual and creative life.” The hope is that they’ll lend their influence and talents to helping to shape Jewish life. Now, you happen to have a longstanding connection to a specific trio of creative individuals who are, among Jews of a certain age, the epitome of influential — people who Jews would surely follow wherever they would lead. Any luck getting the Beastie Boys on board?

I haven’t asked. But they may be a little old.

From Freeing Tibet to Rebooting Judaism