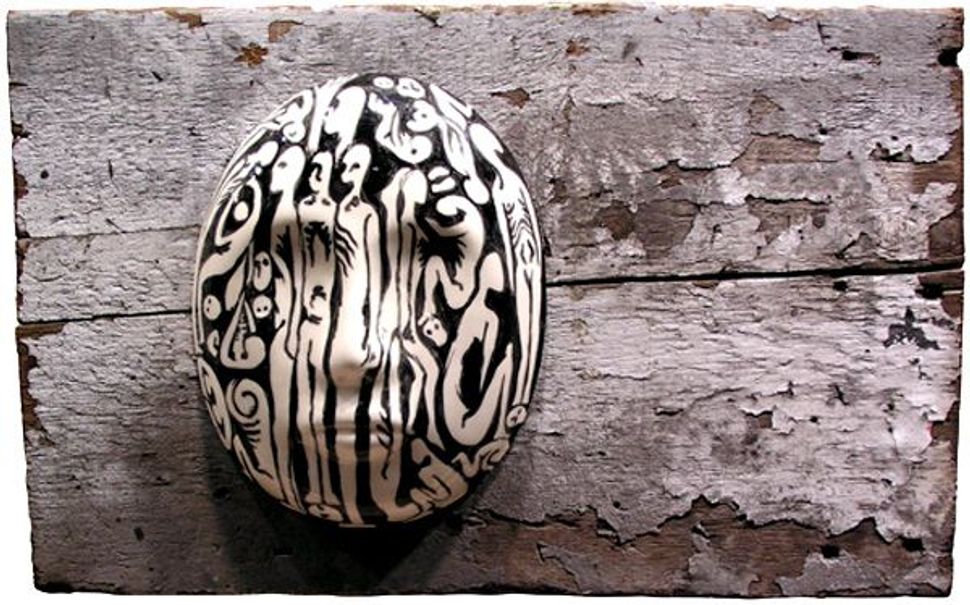 “A Historical Chronicle: The Life of the European Jew in the 20th Century,” an exhibit that runs until September 18 at the Krasdale Gallery in White Plains, N.Y., depicts the rocky journey of Eastern European Jews from the shtetl to the concentration camps to modern-day Israel. The show consists of drawings, collages, photography and sketches, all by prominent Jewish artists: Roman Vishniac, Aaron Morgan, Tamar Hirschl, Elias Mandel Grossman, Abel Pann, Saul Raskin and Reba Rottenberg. Each brings to the canvas a deep responsibility to the past.

The journey begins with Vishniac in the cities and shtetls of prewar Eastern Europe, where Jews are involved in everyday activities — learning Torah, trading gifts, farming — strikingly unaware of the lurking tragedy. In Morgan’s work, Vishniac’s subjects meet their fate: Mounds of gaunt, naked bodies obscure their faces. Hirschl’s Israeli “Cities” collages, though more hopeful, present an abstract view of the Holy Land, a crossroad of Eastern Europe and the modernized West. It is Rottenberg’s “Angst” however, a Jewish face fading onto a gray backdrop, that may best represent the sense of an uncertain Jewish future that pervades the exhibit. 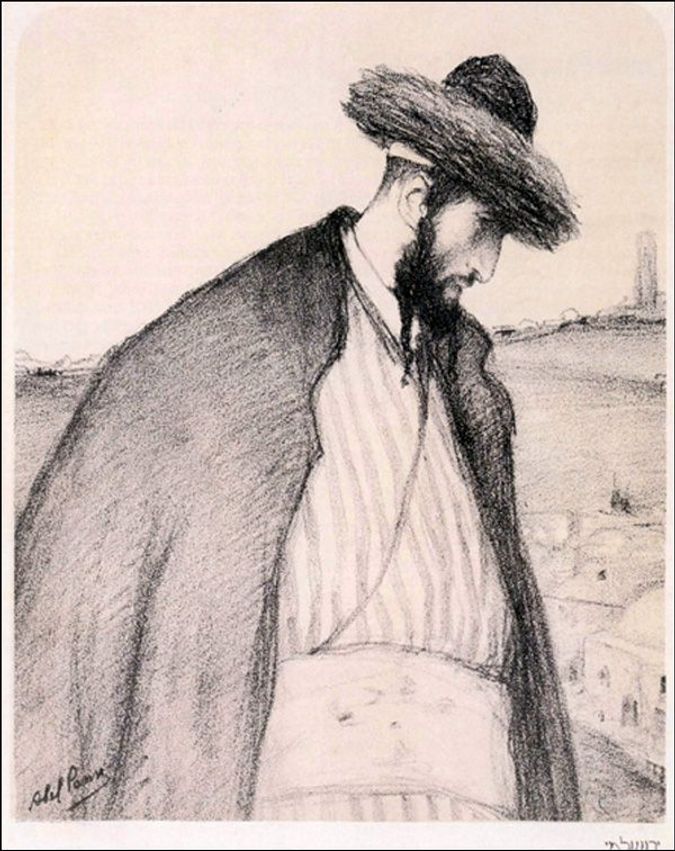 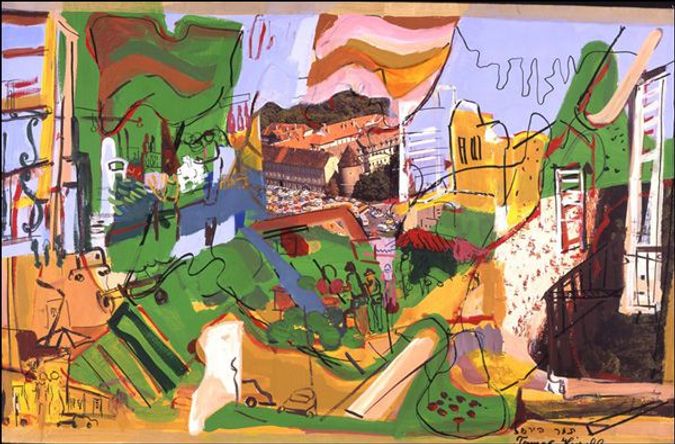 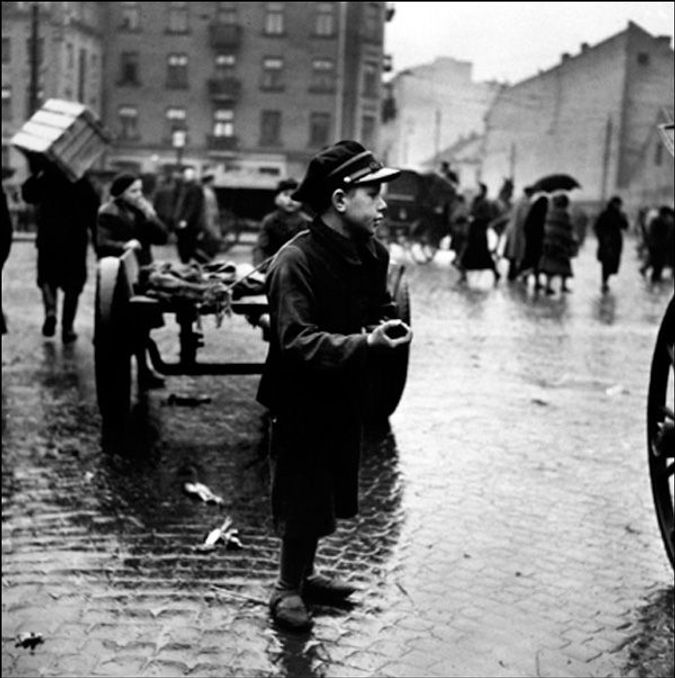 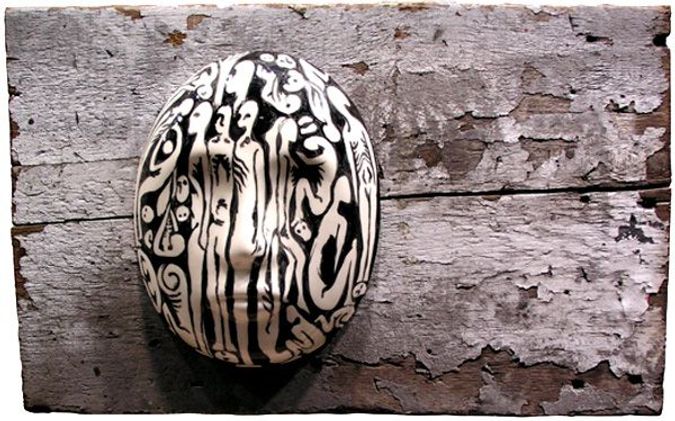 Aaron Morgan: ‘The Face of Silence and Apathy’ (ceramic on wood)