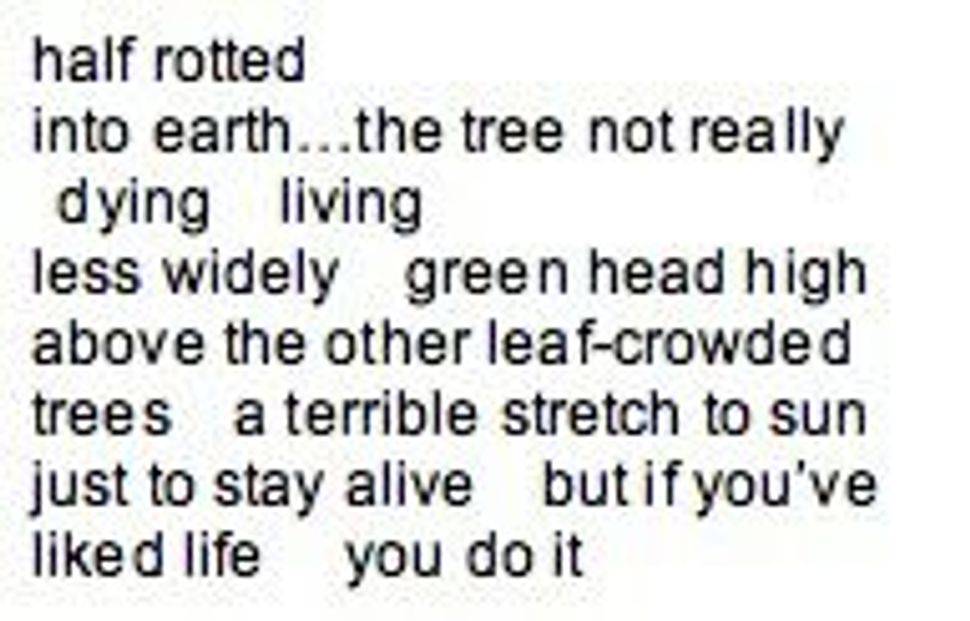 Those of us of a certain generation can remember exactly where we were sitting, or standing, or lying, when we read the opening lines of Grace Paley’s “The Loudest Voice”: “There is a certain place where dumbwaiters boom, doors slam, dishes crash; every window is a mother’s mouth bidding the street shut up, go skate somewhere else, come home. My voice is the loudest.”

It may not always have been the loudest. But from the appearance of the first book of short stories, “The Little Disturbances of Man,” in 1959, until it was stilled on August 22, Paley’s voice accompanied us through our wars and our divorces, our children and our careers, our aching hearts and joints. It was always the brashest, the freshest, the funniest, the wisest and yet somehow — and this was the most surprising part — the most familiar. Even if you were not a woman who had not had (or not yet anyway) “two husbands disappointed by eggs,” you could recognize the kitchen cadences in her prose, the goldenrod in her poetry.

And, indeed, seeing her approach with the usual food offering gave us some hope. “Go walk around the neighborhood,” she had whispered when we first appeared at her bedside, “I need to sleep for a few minutes.” The “neighborhood” is a forest surrounding the hilltop in Thetford, Vt., where she and Bob Nichols lived for 20 years after moving from New York. By 2007, that neighborhood was as populated with Grace’s loved ones as the New York boroughs had once been — members of her amalgamated family and friends, all fellow workers in the life trade, she might have said.

But there is a difference. If New York incubated the prose of immigrant speech and middle class ambition, Vermont gave Grace her poetry. In the first years it seemed to come from the surprise of nature. Exchanging the green patches in playgrounds and parks for the endless green of pasture and forest, the city’s water fountains for cascading brooks, Grace entered into a new kind of dialogue with the universe. In the last decade or so, Vermont also gave her the space and the idiom for aging. There was less and less time for prose. Things needed to be said quickly and succinctly, because Bob was not the only reaper in the neighborhood. 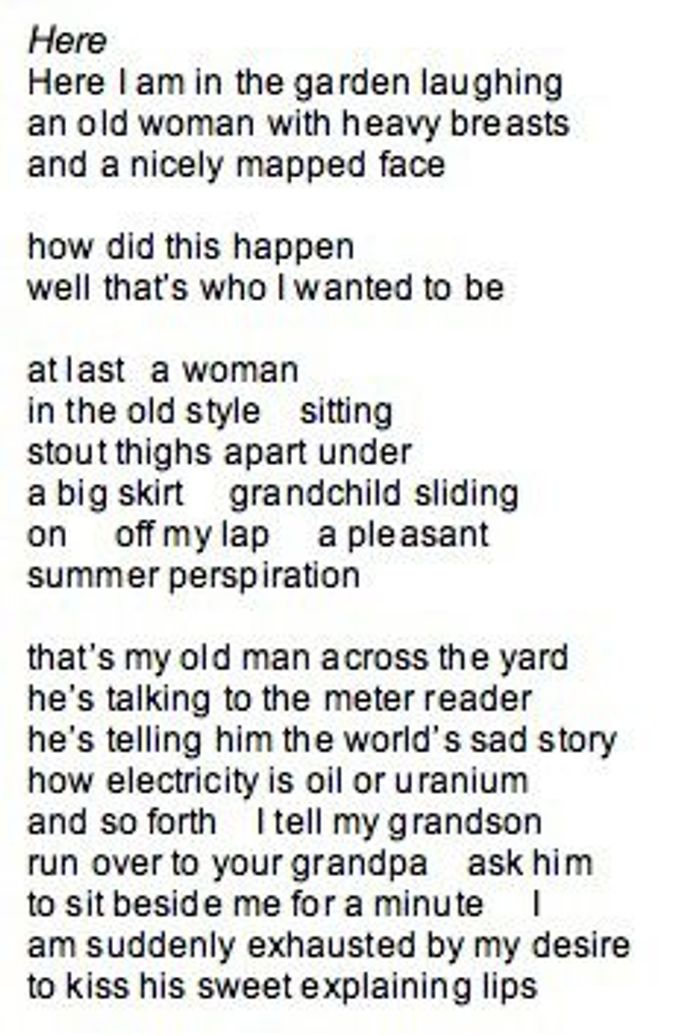 Sowing, reaping, explaining — but little weeding. Walk through their vegetable garden and consider the weeds. Grace couldn’t even bring herself to thin out the carrots, Bob said. And anyway, what’s a weed? Surely not the goldenrod. So they let it all be.

Nothing was lost and nothing was thrown away; whatever was displaced was to be discovered later, like a word that comes out of the great garage of someone’s memory to park at the end of a line — verbs that have been “doing nothing,” nouns that haven’t been “referred to/by their right names” for years. Few words were totally unusable, though there were some exceptions; “the word thrum,” for example, she once said, “has come to me too late.” Every book, article, or manuscript Grace ever read (or meant to read) seemed to become animate and need protection, like some children and women in Hanoi or Palestine or next door. “I grab her grief,” she wrote of an unfortunate friend, “jam it into the grief pack between/my shoulders.” No encounter fell beneath her radar. Her weekly transfusions at Dartmouth-Hitchcock hospital during the last year became a new occasion for conversation with the “transfusion group.” On summer Sundays there were the Bread-and-Puppeteers. The anti-war groups (several for each war). The anti-nuclear group. The writers’ groups. Always the schoolchildren — her own and everybody else’s. And then there were the plain folk with no labels or stickers, although everyone seemed to have a poem in pocket….

It was, I believe, in the peculiar clutter and quiet of Vermont that Grace found her God — another address, you might say, in her Rolodex. After the Bronx, and the Yiddish-accented quarrels of fathers and aunts, after Greenwich Village, and the prophetic nuances of social action, it was Vermont that made Grace a God-arguer, loud voice in a chorus that stretched from Job to Sholom Aleichem. There are a few poems of hers that I am convinced were written in Hebrew, though she claimed not to know the language. Take the poem “Vengeance.” In the face of human longing for distant objects of desire, in the face of the ancient Jewish pledge to memory, and even in the face of Divine vengeance (Psalm 137), Grace’s hand and voice hover at a mercifully low altitude: 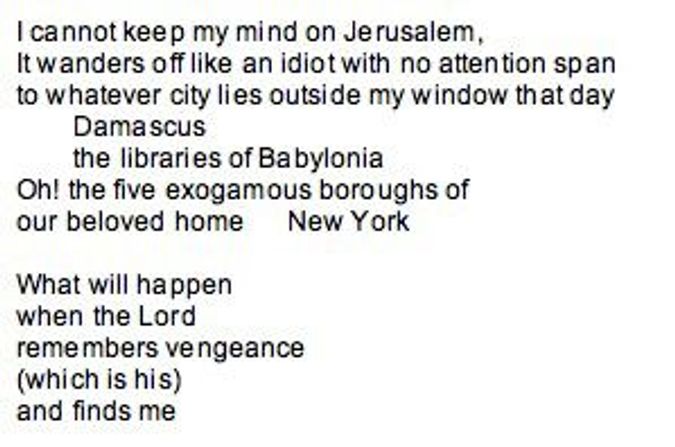 As I read the eloquent obituaries that appeared in the immediate days after Grace’s death, I imagined the writers struggling, as I have, to remove cliché and banality — the enemy is not the ordinary or the quotidian, but the trite, the hyperbolic. Like Emily Dickinson, Grace saw the world “slantwise.” Of course, unlike Emily Dickinson, she had the good fortune, and the audacity, to engage the world not only in its stately homes and gardens but on its pavements and its war zones, in its prisons and its segregated buses, its napalm-blasted forests and its sweaty apartments. But again like her Amherst coworker, Grace had little formal education and her mind was not cluttered with the formulas and narratives of codified knowledge. So everything came out as a surprise. In the poem “for my Daughter,” Paley wrote:

Words famous for final enlightenment. All the famous deathbed scenes in literature and liturgy float through our minds but at the end of our days, we are so grateful for these lines: “Tiredness is expected it is even appropriate/ at the end of the day.” Pay close attention, tired reader, to the spaces, the caesuras, inside the lines of poetry along with the enjambment at the ends. If you say the lines out loud you can hear the wind blowing through the spruce and maple, blowing through the open window of a Thetford cabin and ruffling the thin white hair on an old woman’s head. Like that old maple 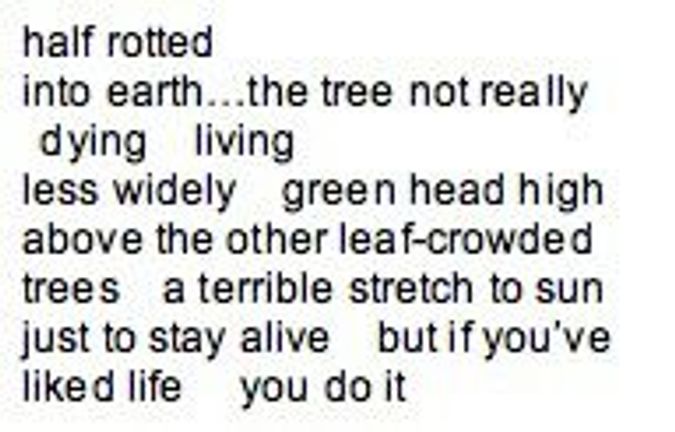 Sidra DeKoven Ezrahi, a current Guggenheim fellow, is professor of Comparative Jewish Literature at the Hebrew University of Jerusalem. She is the author of “By Words Alone: The Holocaust in Literature” (1980) and “Booking Passage: Exile and Homecoming in the Modern Jewish Imagination” (2000).