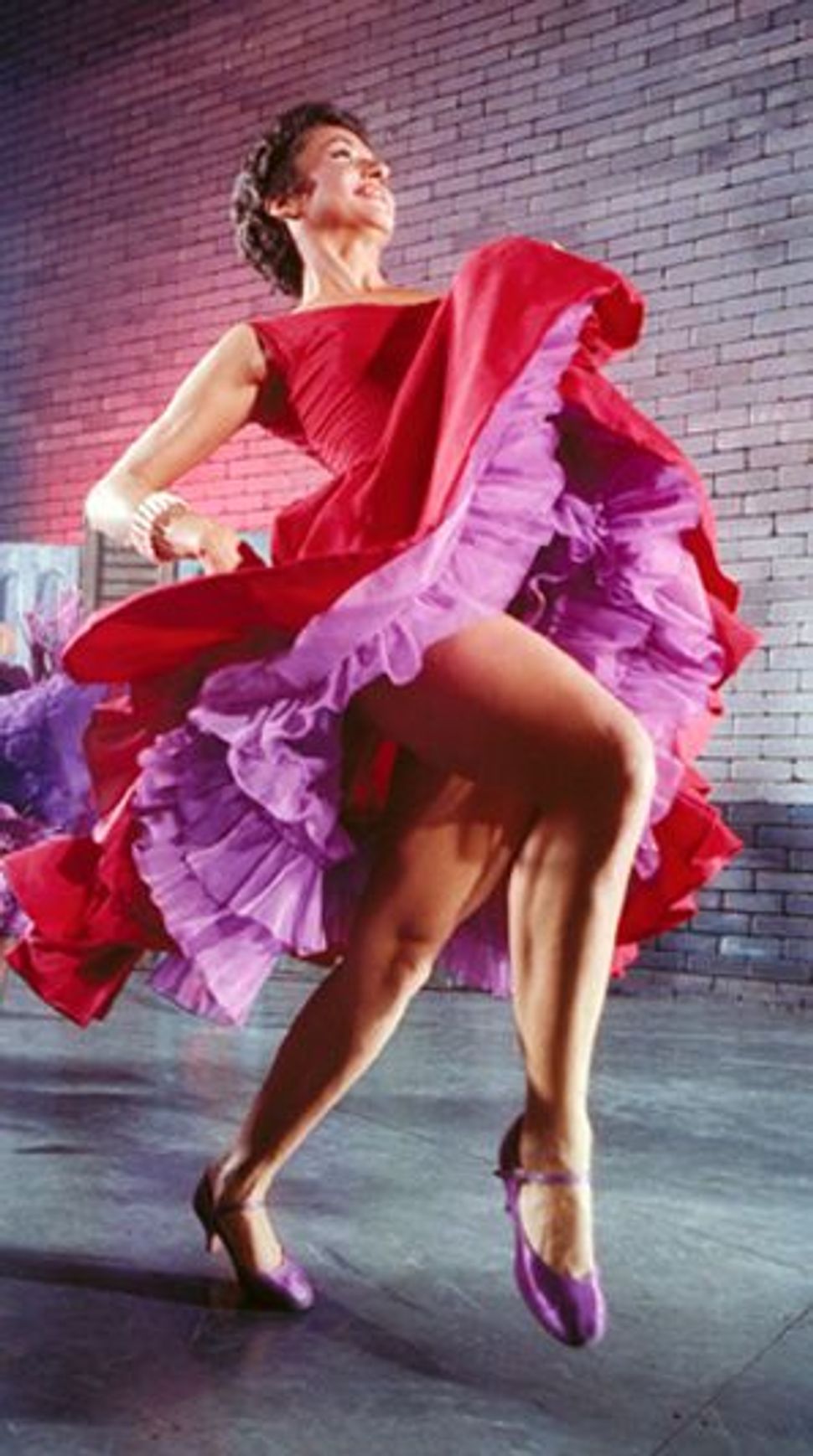 Exactly half a century ago, lyricist and librettist Oscar Hammerstein II went to Washington, D.C., to attend the staging of a new musical that was slated to open in New York. He knew that nothing remotely like this production had ever reached Broadway. Until September 1957, its stages had not normally presented teenage hoodlums embroiled in violence, or exposed the hate crimes stemming from bigotry and nativism, or dropped the curtain on Act I with two corpses, or ended the play with the death of a protagonist still smitten with love. No one more than Hammerstein had so exemplified the affirmative exuberance of American musical theater. After the show, he told its chief creators — choreographer-director Jerome Robbins, composer Leonard Bernstein, lyricist Stephen Sondheim and librettist Arthur Laurents — “Congratulations to all of you. This is an incredible milestone in the theater.” 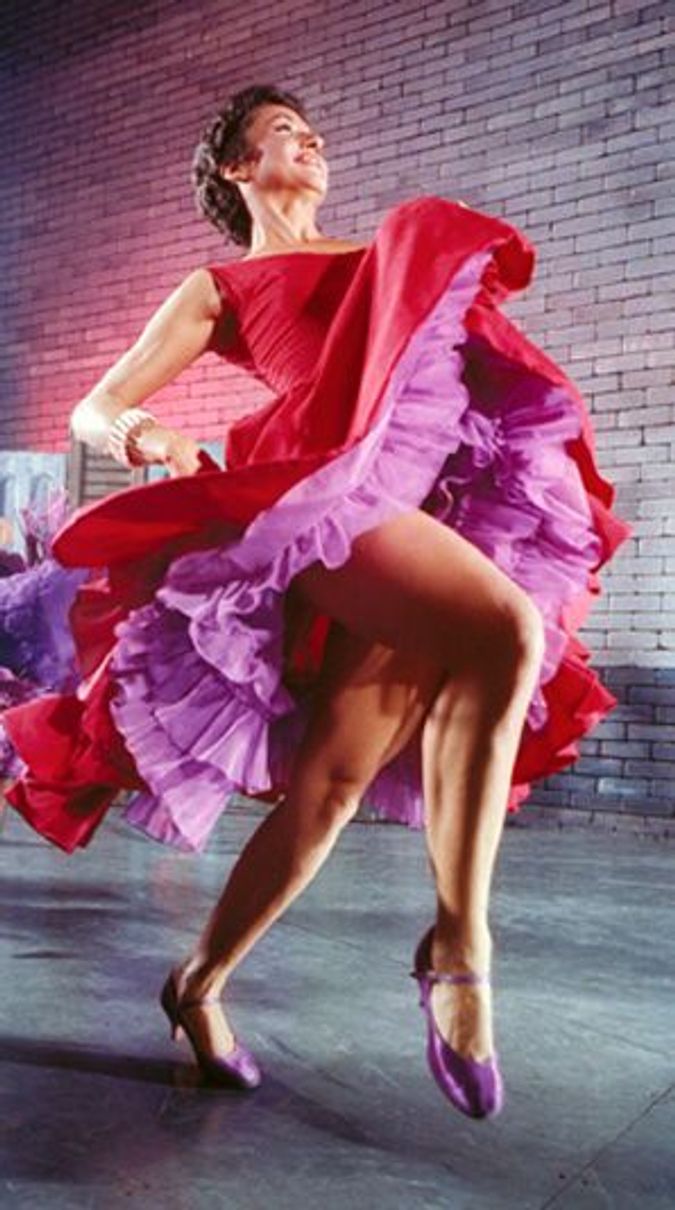 The following spring, the winner of the Tony for the Best Musical of 1957 was “The Music Man,” as though conclusive proof were needed for the innovative audacity of “West Side Story.” Yet Hammerstein’s pronouncement was not inflated; “West Side Story” was nothing if not a milestone. The plot was communicated and advanced through dance, thanks to Robbins, who was directing his first musical. Indeed, no previous musical had ever been conceived, choreographed and directed by one person, and Robbins thus managed to achieve the ideal of a show that was fully integrated. This American Gesamtkunstwerk went far beyond the landmark that Hammerstein himself had helped to create exactly three decades earlier with “Show Boat.” Robbins expected the same performers to sing, dance and act, propelled forward by the “urban jazz” that Bernstein considered essential to American popular music. Even if the unconventional subject matter of “West Side Story” had not been so bleak, the way the production was staged would have sufficed to bust the limits of the tales usually told on Broadway.

What might the cultural historian make of the ethnic homogeneity of the creative team behind “West Side Story”? Is its achievement not only central to the evolution of a supremely American genre but also an illuminating artifact of Jewish values? Did Robbins, Bernstein, Sondheim and Laurents happen to have in common not only the experience of circumcision but also the sort of attitudes that are a distinctive — or at least authentic — expression of one minority group in particular?

Caprice can be ruled out in accounting for the thematic appeal of this musical, which is that romance can transcend the chasms that artificial, ancestral differences have formed. The dream that ancient rivalries might be overcome for the sake of love is a topic that long fascinated Jewish dramatists and librettists, who have given it a kick no doubt heightened by their own membership in a minority long stigmatized in the Diaspora.

“Romeo and Juliet” had already demonstrated the value of a dramatic device by which the union of lovers is undermined by tribal conflict, and such an impediment was bound to intrigue the Jewish masters of the American musical. By contrast, their only gentile counterpart, Cole Porter, exhibited no such sensitivity to ethnic or racial conflict. To be sure, the romance of Tony and Maria is doomed in “West Side Story,” and it is a tragedy. But the belief that no American in love needs to be parochial — subjected to the norms of a subcommunity — was bound to attract the secular Jews who were responsible for this musical. On these shores, consent was supposed to trump descent, and Jews — at least as fervently as anyone else — dreamed of a society in which historic claims of loyalty might be abandoned to satisfy individual desire.

The genesis of “West Side Story” occurred late in 1948. Soon thereafter, Bernstein’s diary noted the following telephone conversation: “Jerry R. called today with a noble idea: a modern version of ‘Romeo and Juliet’ set in slums at the coincidence of Easter-Passover celebrations. Feelings run high between Jews and Catholics. Former: Capulets, latter: Montagues. Juliet is Jewish. Friar Lawrence is the neighborhood druggist. Street brawls, double death — it all fits.” The setting, of course, was switched to America from Poland, and Tony (ne Anton) became merely a “Polack,” according to the Puerto Ricans arriving in a city seething with conflicts among ethnic insiders and outsiders. Thus, “West Side Story” might be said to have disguised Jews as Puerto Ricans: The Sharks are swarthy newcomers, strangers who speak accented English. Sondheim, whose father had attended the same Catskills summer camp for the German-Jewish upper crust as had lyricist Lorenz Hart and composer Richard Rodgers, disclaimed direct knowledge of either poverty or Puerto Ricans, but the genre isn’t supposed to be realistic, after all. And “West Side Story” isn’t supposed to be ethnography.

It took Robbins and his collaborators more than eight wrenching years to get from conception to opening night. Their production was inevitably grounded in the 1950s, which meant that Jewishness could not be made explicit. It was widely assumed to be fungible, and could be rendered as interchangeable with the identities and the problems of others. Unforeseen were the ’60s — the earliest decade in which Robbins could introduce “Fiddler on the Roof,” the musical that first put an emphatically Jewish world onto the Broadway stage.

Meanwhile, the ethnicity that now looks central to the concerns animating “West Side Story” had to be obliquely presented; a lingo that was pervasive offstage could erupt only briefly, as when one of the Jets informs: “Dear kindly social worker,/They tell me: earn a buck,/Like be a soda jerker,/Which means like be a shmuck.” The United Artists film adaptation, released four years later, could not assume that the heartland could follow off-color Yiddish. So one of the Jets instead complains that the expectation to “get a job” at a soda fountain is really a request to “be a slob.” Enough said.

The musicals staged in New York could be politically liberal before movies generally tried to be. Hence the satiric power of a song like “America,” which counterpointed immigrant pride and immigrant disenchantment. Audiences in September 1957 heard “America” sung as inadvertent backbeat to Little Rock’s white mobs, who were attacking black children daring to desegregate Central High School. Such was the momentum of the civil rights revolution that, by 1961, the Oscar-winning film version had enough moral freedom to add that “life is all right in America” — but only “if you’re all white in America.” It was also easier to find “a terrace apartment” if you could “get rid of your accent.” In 1957, in an atmosphere of complacency in national politics, the “America” depicted in “West Side Story” was scarred by prejudice and violence, which this musical condemned with a raw energy that was irrepressible. Fifty years ago this month, a genre that was so often dismissed as escapist entertainment finally grew up.