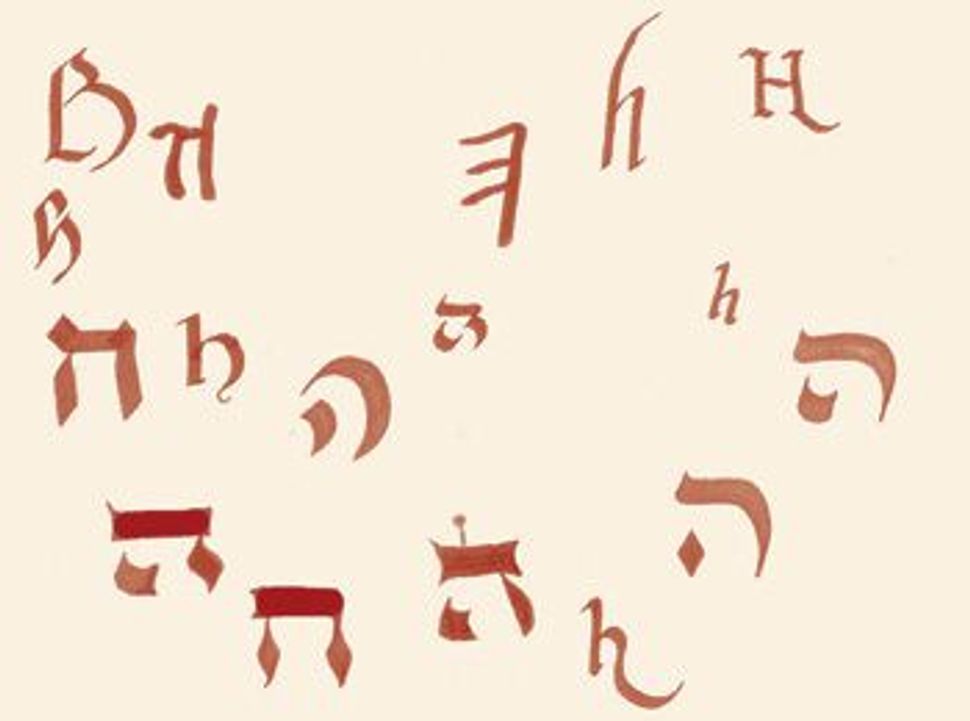 Image by CALLIGRAPHY OF AITCH AND HEH BY JEN TAYLOR FRIEDMAN

James A. Goldman writes from Brooklyn:

“In this holiday season, I have noticed increasingly that one sees printed ‘Shana Tova’ instead of what I remember as ‘Shanah Tovah,’ even though the latter is more in keeping with the Hebrew orthography, which has a heh at the end of each word. I have also seen the two forms mixed together, as in the September 18 edition of the Forward, in which a Macy’s advertisement wished us ‘Shana Tovah.’ My question for you is: Where has the ‘h’ gone and why?” 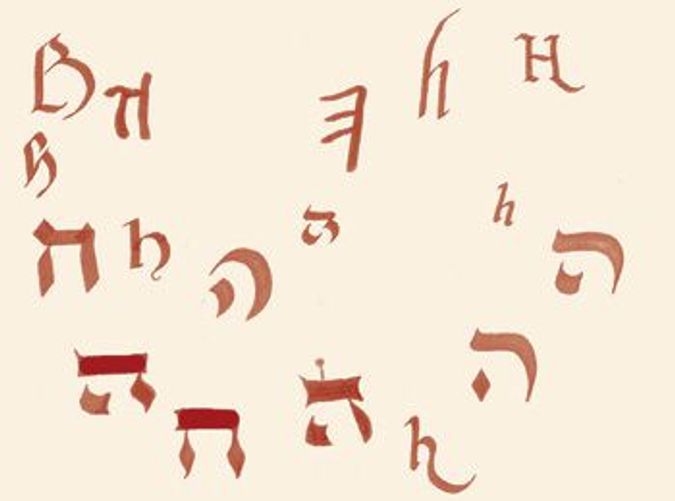 Image by CALLIGRAPHY OF AITCH AND HEH BY JEN TAYLOR FRIEDMAN

Since a very large number of Hebrew words, including a high percentage of feminine nouns like shana(h), and an even higher percentage of feminine adjectives like tova(h), end with a heh, Mr. Goldman’s question is far from abstruse. Just to take a few examples from the holiday season he refers to, we have the teki’a(h), or blowing of the shofar on Rosh Hashana(h); the 10 days of teshuva(h), or repentance between Rosh Hashana(h) and Yom Kippur; the Ne’ila(h), or closing prayer on Yom Kippur itself; the sukka(h), in which we sit and eat on the Feast of Booths; the Tora(h) that we start to read again from the beginning on Simchat Tora(h), etc. Obviously, some clear policy is called for.

You may wonder why the question exists at all. After all, you may ask, if such words end with a heh in Hebrew, why shouldn’t we just spell them with a final “h” in English without fretting over it? Yet it’s not as simple as that. Not only are final “h”’s never pronounced in English, but final hehs are not pronounced in Hebrew, either. Why, then, bother transliterating a letter that, like the final “e” in an English word like “give,” isn’t heard in the original language?

Which leads to a second question. If the final heh is silent in Hebrew, too, what is it doing there in the first place? The “e” in “give” was once pronounced in Old and Middle English and is a leftover from those days. Yet, to pronounce a final “h” — try it yourself if you don’t believe me — a considerable effort is called for. Did Hebrew speakers, at some time in the past, actually make that effort?

Probably not, although there is no way of knowing for certain. What we do know is that in ancient, pre-biblical Hebrew, as in its sister Semitic languages, the nouns and adjectives that now end with a heh ended with a taf or what was then a “th” sound (with the “th” as in “thin”). In Ugaritic, for example, the language of the ancient Phoenicians that was very close to Hebrew, the Hebrew word me’ah, “hundred,” was m’ith; the Hebrew word ḥomah, “wall,” was ḥamith, and so on. Hebrew speakers lost this final “th” early on. (Interestingly, though, they retained it in what is known as the construct case. Hence, though 100 is me’ah, “the hundred men” in contemporary Hebrew is me’at ha-anashim; and while a wall is ḥomah, a defensive wall is ḥomat magen.) In place of this lost taf, ancient scribes inserted a heh, either because the taf was first aspirated before disappearing completely, or else to indicate that it was once there, much as the apostrophe in English “ma’am” stands for a missing “d.”

But to get back to Mr. Goldman’s letter, I, too, have noticed a trend in recent years toward dropping the final “h” from transliterated Hebrew words in English. Presumably, this has to do with an overall tendency to simplify contemporary English spelling and writing, as when “light” and “through” are spelled “lite” and “thru,” or commas are omitted from sentences where they once would have been mandatory. Yet Mr. Goldman is right that this trend has been far from consistent. I recently noticed, for instance, that the new, sumptuously produced Koren Siddur has changed the traditional spelling of “Minchah,” the afternoon prayer, to “Minḥa,” while continuing to give us “Torah” rather than “Tora.”

Inconsistency in spelling has little to recommend it. Yet is there any reason, apart from our reluctance to change familiar usage, for not dropping the “h” from final-heh words, Torah included? Actually, there is a very good one. Although this heh is not sounded, it does serve as a stress marker, since nearly every Hebrew word in which it occurs is accented on its final syllable: In grammatically correct Hebrew, one says “Rosh ha-sha-nah,” not “Rosh ha-sha-na,” and “suk-kah,” not “suk-kah.” And even in the Ashkenazic Hebrew of Eastern Europe, where “Rosh ha-sha-nah” and “suk-kah” are the rule, this is eschewed in formal situations such as the recital of prayers or reading from the Torah. In such cases, punctilious Ashkenazim stress the last syllable, too.

And yet if we spell Rosh Hashanah as Rosh Hashana, or sukkah as sukka, the English reader will inevitably accent the next-to-last syllable in conformity with general patterns of English stress. The only way to inform or remind him to stress the last syllable is by the addition to it of the “h,” which encourages him to lengthen it and give it more emphasis. Unless we deliberately wish to give such words their ungrammatical Ashkenazic pronunciation, therefore, the final “h” is a good idea. I wouldn’t — although I plead guilty to not always being consistent myself — give it up.