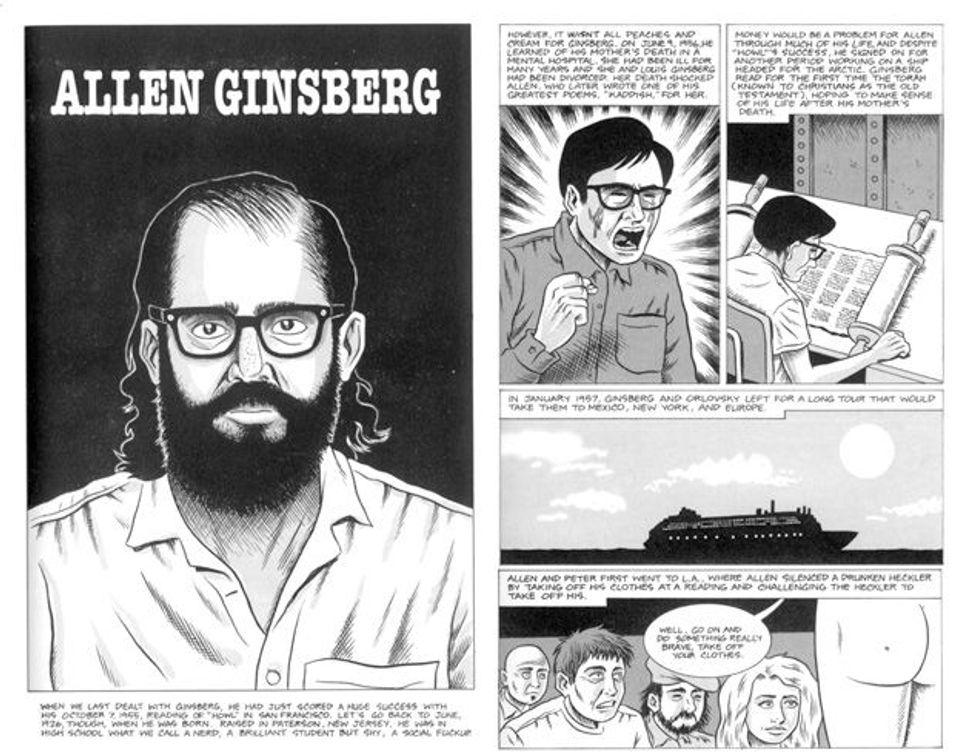 Click to view larger Image by ILLUSTRATION BY ED PISKOR; FROM ?THE BEATS?

When Samuel Johnson was asked to join a venture to reprint English poets from Chaucer to the present, most of them major and some minor, it was at first a commercial effort. The London publishers hoped that Johnson’s “The Lives of the Poets,” appearing in collected form for the first time in 1781, would secure their market share by driving out a similar work from Edinburgh. 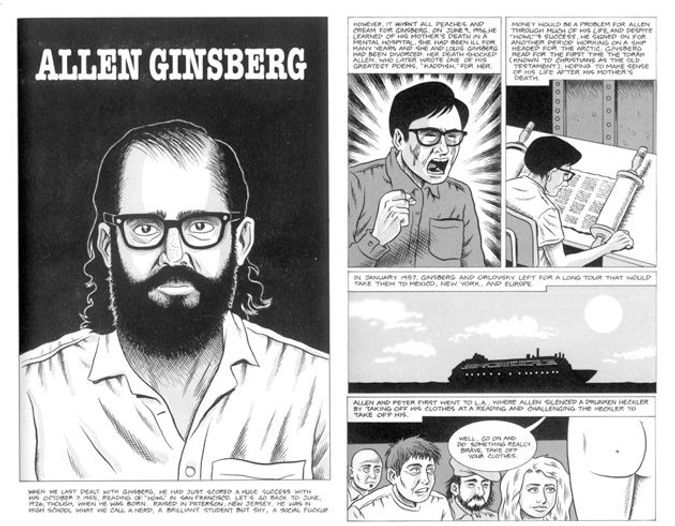 Click to view larger Image by ILLUSTRATION BY ED PISKOR; FROM ?THE BEATS?

The plan was only to write introductions to each, but Johnson found the task so pleasurable, it became far more than a one-time knock-off. In the end, he produced four volumes on 50 men, setting the bar for any hack keen on testing his literary-critical mettle.

Not all of it was good. Remarks on Swift were anemic, suggesting a paucity of due diligence on Johnson’s part. He found Milton’s Puritan politics disgusting, a perhaps unfair historical judgment. And he overpraised the life of satirist Richard Savage, probably because the two got drunk together a lot. Savage’s work is largely forgotten. He’s remembered mainly because his more famous friend remembered him.

Johnson might be forgiven for these professional lapses, if his project was seen less as a serious work of critical interpretation (though it was, of course, just that, influencing the tradition of literary criticism) and more as a labor of love characterized by a fan’s passion and erudition.

“The Beats: A Graphic History” isn’t four volumes, nor are its strengths scholarly. But it does have that feeling of a fan book, a 21st-century hagiography of sorts, dedicated to a discrete group of beloved Cold War poets. At slightly more than 200 pages, it’s a primer at best, but it’s celebratory and covers a range of styles (from Kerouac’s jazz beats to Gary Snyder’s moments of Zen).

It’s also error-ridden, self-serving, slightly repetitive and eager to gloss over unsavory aspects of its subjects’ lives. But “The Beats” was hardly meant to share shelf space with academic journals and dissertations. It was meant to mirror the spirit of a generation. The book, editor Paul Buhle writes matter-of-factly in the introduction, “is new, and it is vital.”

There’s no doubt it’s new, as are its panel-by-panel modes of expression. Whether it’s vital is another question. What’s certain is, “The Beats” is a commercial venture, a foray by publisher Hill and Wang into the mostly uncharted realm of graphic nonfiction. “The Beats” follows similar treatments of the 9/11 Commission Report, the U.S. Constitution, genetics (Mark Schultz’s “The Stuff of Life”) and politics (Michael Crowley’s “08: A Graphic Diary of the Campaign Trail”). And the book’s creators surely hope to establish a share of a market comprising new readers who recognize that the graphic format suits the mythology of these larger-than-life poets just fine.

Yet it was written out of love, and the chief lover is Harvey Pekar, author of the long-running comic-book series “American Splendor.” With Ed Piskor, a fine young illustrator from Pittsburgh, Pekar recounts in the first half of “The Beats” the lives of Jack Kerouac, Allen Ginsberg and William Burroughs with the same ambling pace one finds in “American Splendor”: this happened, and then this happened, and then this.

Pekar hits points high and low without seeming too concerned about whether you’re listening, like a bachelor uncle with too much hair in his ears dimly recalling events that are vitally important to him but that you’ve never heard of and likely won’t again.

Though Pekar and Buhle downplay the book’s historical value — and indeed there isn’t anything new here for informed readers — it nicely broadens the scope of the Beat sensibility. The authors include West Coast poets Kenneth Rexroth, Robert Duncan and William Everson; visual stylists Jackson Pollock, Larry Rivers and Franz Kline; the short-lived genre called jazz and poetry (Kerouac recorded with Steve Allen and Zoot Sims); Charles Olson and Robert Creeley, the Black Mountain poets who clearly shared kinship with the Beats, and a novelty band called the Fugs. Moreover, the book makes clear that the countercultural movements of the 1960s were rooted in the underground arts movement of the 1950s.

But is “The Beats” vital, as Buhle argues? Maybe. The counterculture then is the culture now. Expressive individualism was long ago co-opted to sell Coke, cars and trips to Vegas. One might cynically say that the Beat sensibility ended up being a commercial venture itself. Even Burroughs shilled for Nike. Maybe if he’d lived, Kerouac would have, too. From our vantage point, in which anti-conformity is the new conformity, new fans are going to need help understanding what made the Beats special. It’s going to take more than a graphic treatment of rehashed history; it’s going to take context and deep learning. Johnson’s four volumes might be the better way, after all.

Perhaps this is why the story most skeptical of Beat sensibility is also the most poignant. Written by Pekar’s wife, Joyce Brabner (and dramatically illustrated by Summer McClinton), “Beatnik Chicks” is the feminist kill to the rest of the writers’ finger-snapping buzz. There is a cost to do-your-own-thingism, Brabner says, and that cost was often paid for by a woman.

Leroi Jones’s black nationalism led him to abandon his Jewish middle-class wife and biracial children. Ginsberg, who was gay, seduced a woman for his own purposes. That woman later killed herself by defenestration. Burroughs shot his wife through the head during a game of William Tell. Kerouac returned again and again to his mother. Neal Cassady left behind a string of impoverished women and children as he rambled around the country.

But even as she aims for revisionist truth, Brabner can’t help herself. She, too, is a fan. Women could be arm candy, just there to be admired by the boys, or they could be something more empowered, “another kind of sexy, beatnik chicks gyrating in black catsuits as bongos thumped in coffeehouses.”

John Stoehr is the editor of the New Haven Advocate.