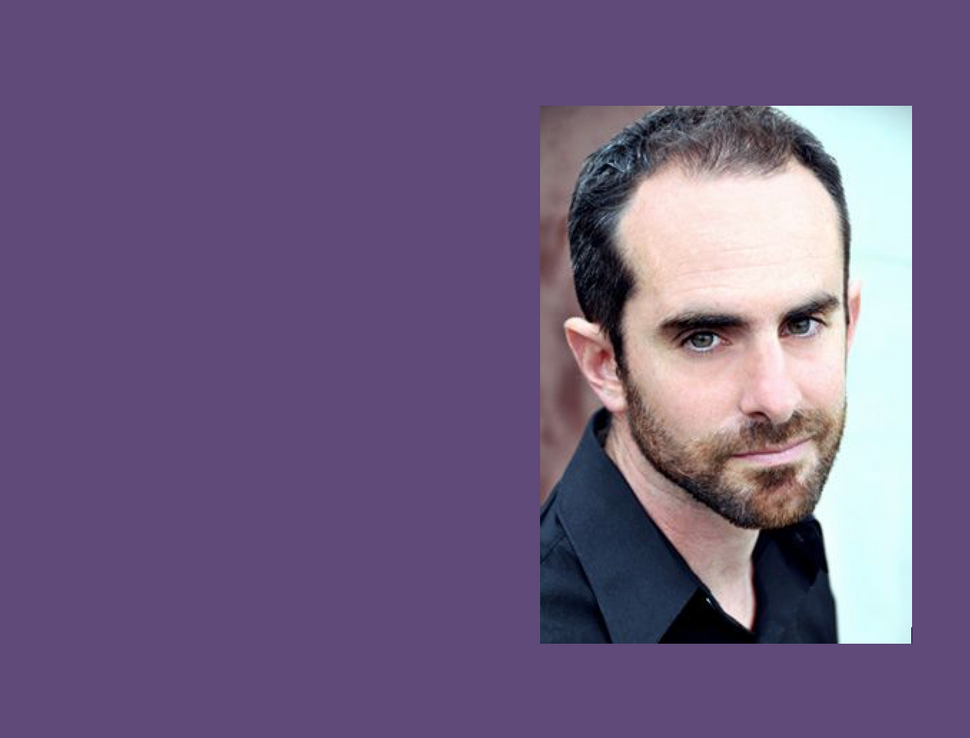 Everything Is God: The Path of Nondual Judaism
By Jay Michaelson
Trumpeter, 304 pages, $17.95.

Jay Michaelson is well known to readers of the Forward for his column, “The Polymath,” a title well chosen to mitigate the frequent changes in his byline, which varied from dot-com software designer, to doctoral student in Jewish mysticism, to lawyer, to environmentalist, to poet, to GBLT activist. As one of the founders of the journal Zeek, Michaelson was one of the instrumental creators of the new Jewish culture — the hip mixture of ironic and post-ironic aesthetic gestures — which moved Jewish culture beyond baby boomer concerns. Michaelson’s theology is as diverse as his former bylines and reflects the same shift to the values of the new Jewish culture. 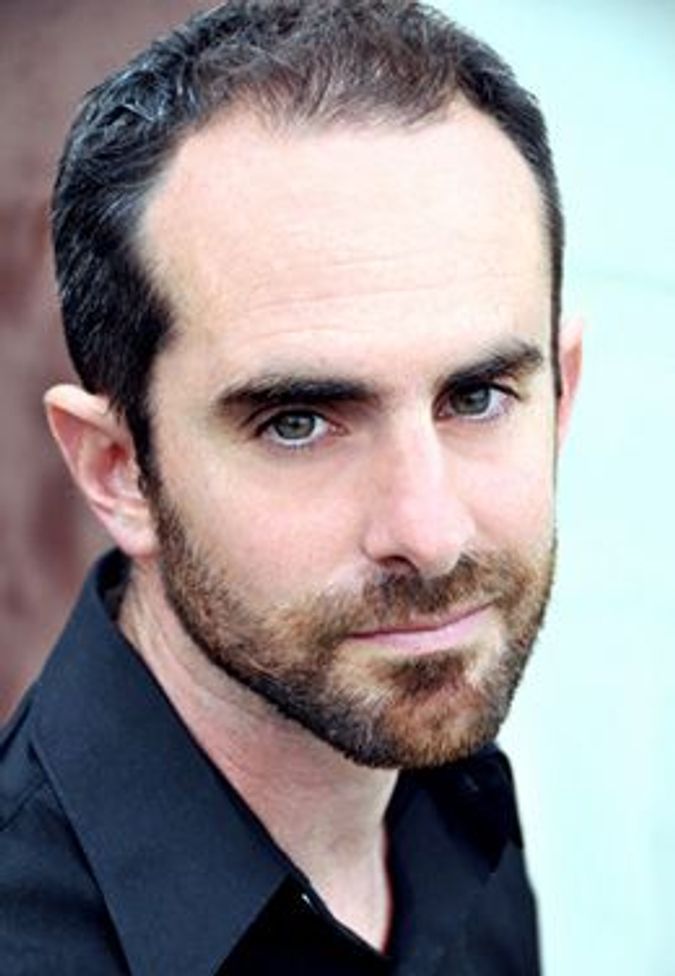 In this new book, “Everything Is God: The Path of Nondual Judaism,” Michaelson’s regular stream of post-secular book reviews provided the framework to work out his own popular theology, and the book reflects that history, capturing his spiritual insights in edgy 1,000-word bursts. It produces a readable paperback that tempers abstraction with anecdote, but it also can be simultaneously inspiring and exasperating, traditional and idiosyncratic.

Most Jewish thought considers God and human beings as two separate beings, formulated in modern Jewish thought as a duality, an I-Thou dialogue where God charges humans with a mission to fulfill in the world. In contrast, Michaelson presents God, the self and the world as nondual parts of a greater unity.

Michaelson’s concept of nonduality considers that “despite all appearances, all things, and all of us, are like ripples on a single pond, motes of a single sunbeam, and the letters of a single word.” We need to drop the ego and the self, since even the self is transient, only the nondual reality truly being permanent.

Many of Michaelson’s ideas are based on traditional Jewish mystical literature, as understood by the neo-Hasidic approach of Zalman Schachter-Shalomi, Arthur Green, David Cooper, and other Jewish spirituality writers of the past 15 years. He treats these authors as the embodiment of the inherited Jewish tradition. Yet, his baby boomer teachers sought individuality and grappled with their personal answers to modernity; Michaelson, in contrast, hears the call of impermanence of the very self that answers those questions.

Michaelson mixes into neo-Hasidism diverse forms of nonduality, including Ramakrishna, Ken Wilber and Thoreau. He can quote the traditional Hasidic concept of “There is nothing but God alone” and can then gracefully explain it as Allen Ginsberg’s visions of “holy hipsters… jazz bands… Holy New York… Holy Bodies!”

Nondual Judaism shares much of the eclectic spiritual landscape described by Elizabeth Gilbert’s 2006 best-seller “Eat, Pray, Love” (Viking), yet Michaelson feels pulled to map the terrain by providing charts based on traditional Hasidic categories that distinguish between the three religious realms of thought, feeling and action.

In this book, these three elements of thought, feeling and action are expressed as thoughts of a nondual Habad-Hindu deity, devotional feelings of contemplation and Jewish ritual, and actions as a spiritual practice.

But Michaelson wisely notes that our images of God are all generated from our experiences of human intimacy, not from nonduality. Therefore, even as we move to the higher perspective of nonduality, the human emotional foundation remains the source of religious language.

The second element is the openness to experience. As a post-secular practitioner, Michaelson takes it as a given that there are many religious disciplines and techniques that offer spiritual experience. As post-secularists, we should relish them and make them part of our lives.

Yet, according to Michaelson, religious experience needs communal expression. In the Jewish case, we need a Jewish community, and the traditional Jewish practices.

The third element of the book on nondual practice may be the best part, perhaps unsurprising for the author of “God in Your Body: Kabbalah, Mindfulness and Embodied Spiritual Practice.” Here, Michaelson offers the value of a nondualistic Judaism in creating Jewish practice. When you love someone, you do stupid things for them: In the human case, you bring your beloved flowers; in the Divine case, you keep kosher as a physically embodied act of love. “As with most Jewish practices, the traditional importance of kashrut is in its physical performance, not in the reasons for it.”

Unlike baby boomers who are spiritual seekers, Michaelson teaches that we have to stop seeking, stop wrestling with God, stop trying to infuse religion with new meaning. We need to act and to submit. “If we only perform those rituals that give us a certain feeling, then we are mistaking a certain feeling for God.” A nondualistic approach is to accept all of life. Nonduality is not hostile to traditional practice; it actually comes to its rescue: Observing the minutiae of law is a way of honoring the physical. Do the rituals, and don’t get hung up on them in scrupulousness, spirituality or meaning.

Michaelson offers us his thoughts on Yom Kippur. For Michaelson, we no longer relate to a demanding God bearing a checklist of sins. Today, we stress the aspect of forgiveness on Yom Kippur. We need forgiveness of the self without judgment; we need to learn to not judge anger, fear and pain. Holding on to pain of negative emotions holds us back from living our own lives. A therapeutic nondual repentance allows us to accept our own faults in self-acceptance and to heal the pain that hinders us. Primal emotions of ecstasy, longing and guilt haunt the book, finding their resolution through nondual religious experience, where an oceanic feeling can restore past trauma.

Nevertheless, Michaelson does not start his reader on the long journey of transformation, nor does the book speak from a point of nonduality, as the Hasidic or Eastern religious works do. Instead, we listen to his breakneck embrace of the nondual world: Talking breathlessly about meditation, creating myriad perspectives on oneness and meeting everyone there is to meet upon the path. In Michaelson’s frenetic movement, the book does not offer rigid definitions or address the theological difficulties of nonduality; rather, Michaelson exhorts one to envision what he claims is the view of poets, prophets, musicians, social activists and the lovers of God.

The book reminds me most of the 1960s wandering independent polymath Alan Watts — an earlier articulate proponent of Asian philosophies of nonduality. Watts scandalized his straight-laced Western audience by preaching an eclectic nonduality outside of organized religion; however, Watts is more famous for antagonizing the world’s leading Zen teachers by claiming that Zen has little to do with sitting but is in fact a path of nonduality justifying “sheer caprice in art, literature, and life” — a spirituality offering a radical new worldview articulated in jazz rhythms rather than in the contemplative flavor of Zen. Like Watts, Michaelson sometimes makes grand pronouncements based entirely on his own experience.

Even a brief exposure to Watt’s Beat Zen once offered a generation exposure to innovative ideas and valuable tools for thought. So, too, Jay Michaelson’s captivating post-secular musings present for the generation of the new Jewish culture a vision of expanded religious possibilities.