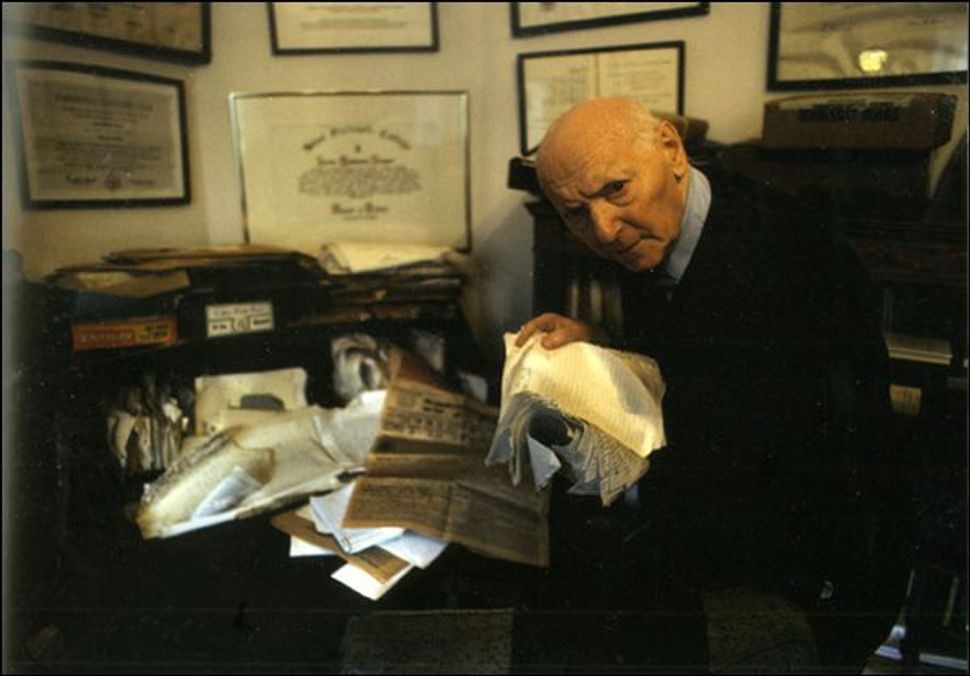 Although he never actually lived on Manhattan’s Lower East Side, for much of his life, Isaac Bashevis Singer visited almost daily, and the neighborhood became his “second home.” The relationship between writer and geographical muse is the focus of the exhibit Isaac Bashevis Singer and the Lower East Side, a series of nearly 40 images taken by photographer Bruce Davidson between 1957 and 1990, at the Jewish Museum in New York City from September 16 to February 3, 2008. The images were first shown in 2004 at the Mead Art Museum at Amherst College, and they were highlighted in a catalog that includes critical essays, an interview with Davidson and Singer’s story “The Beard.”

Known for his socially conscious photographs of East 100th Street in Harlem, New York City subways, and the civil rights era Freedom Rides, Davidson was naturally drawn to the denizens of the Lower East Side and began photographing them in 1957 — almost a decade before he met Singer. These early photographs, such as “Jewish Schoolboy and Girl With Doll,” reflect the immigrant’s nostalgia. Just as the young boy looks back at a girl as he runs, and she looks back at her doll, immigrants who fled Eastern Europe both before and after World War II were transfixed by their pasts.

Ironically, it was through Singer that Davidson encountered, and began to photograph, a more modern Lower East Side. The two artists met in 1965 when Davidson photographed Singer in his Upper West Side apartment. In 1972, after collaborating on “Isaac Singer’s Nightmare and Mrs. Pupko’s Beard,” a film based on Singer’s famous short story, Davidson began following Singer on his regular journeys to the Forverts’s offices at 175 East Broadway and then to the cafeterias where Singer wrote and, as Ilan Stavans described, “held court.”

Davidson’s Garden Cafeteria series, completed in 1973, grew out of these forays. While it was the cafeteria-goers’ “loneliness” that initially attracted Davidson, his “Garden” photographs — a cashier dancing the tango, men intently reading newspapers, two women giggling — convey a different reality: one of comfort, of home. Davidson’s 1990 series reveals the changing faces and increasing religious and ethnic diversity of Essex and Orchard Streets.

Like the residents of the Lower East Side, the portraits of Singer are also a study in contrasts. Davidson captures him in color and in black and white, but always in different shades: stubborn; excited; contemplative; incisive; distinguished in his well-appointed apartment, yet equally comfortable in the cafeteria with a spoonful of rice pudding in hand. 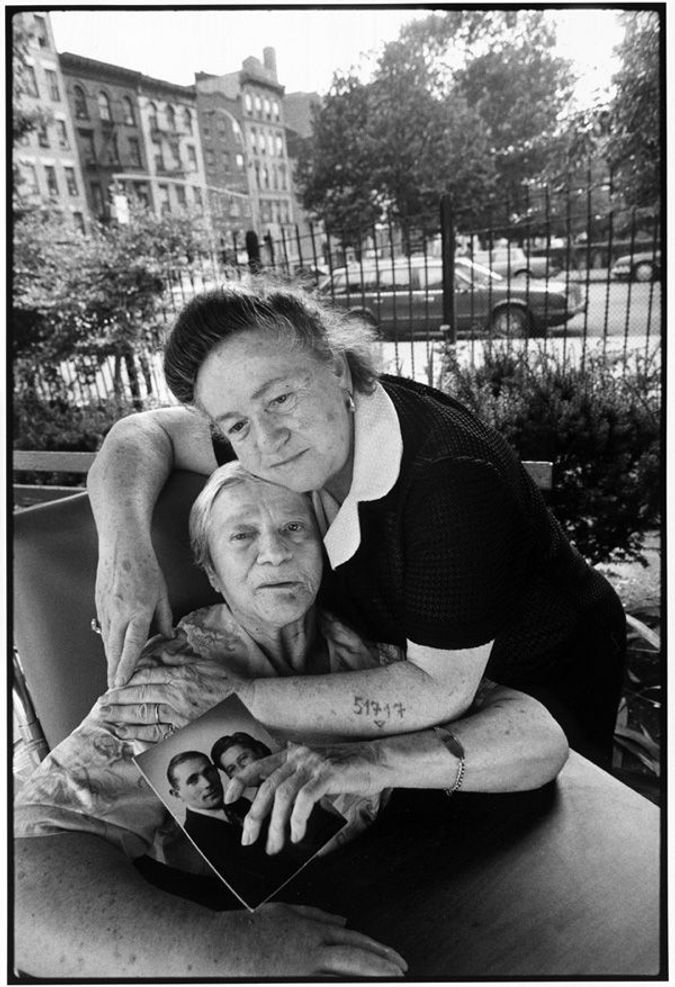 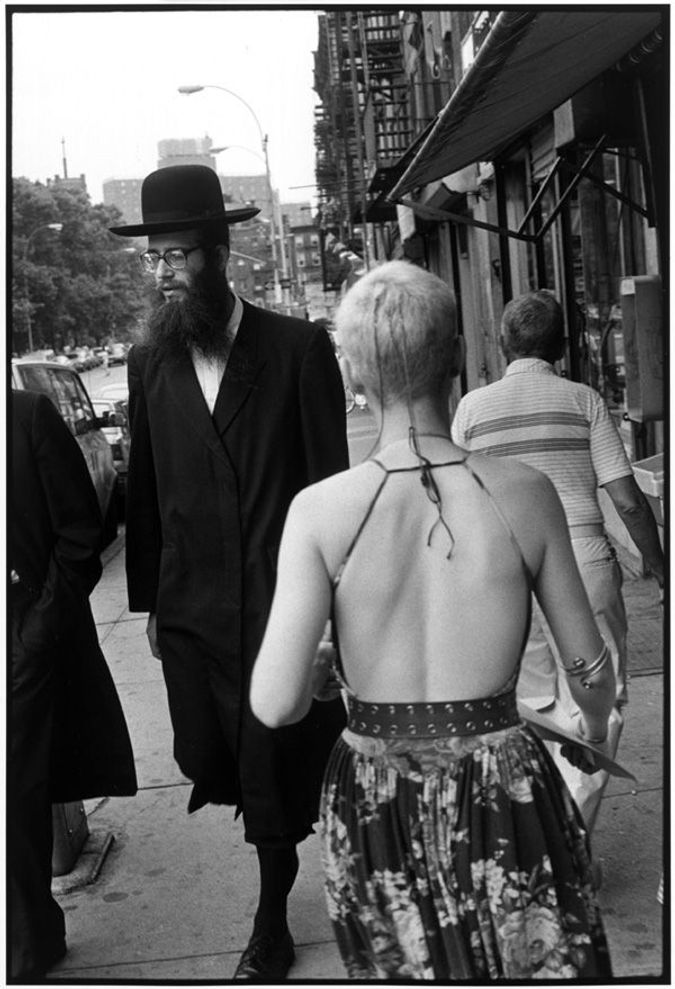 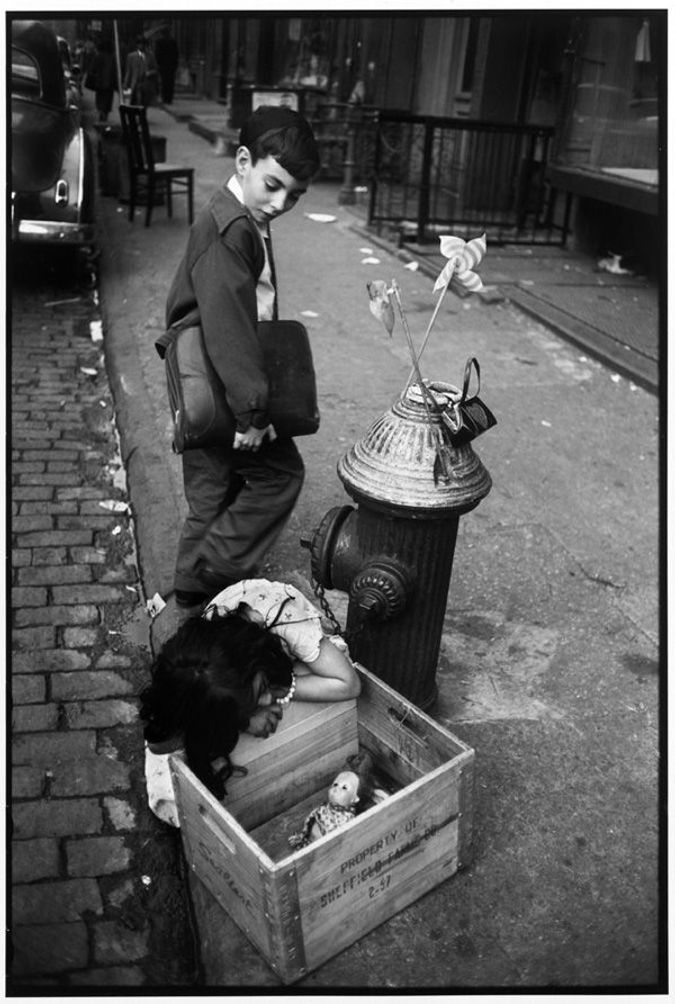 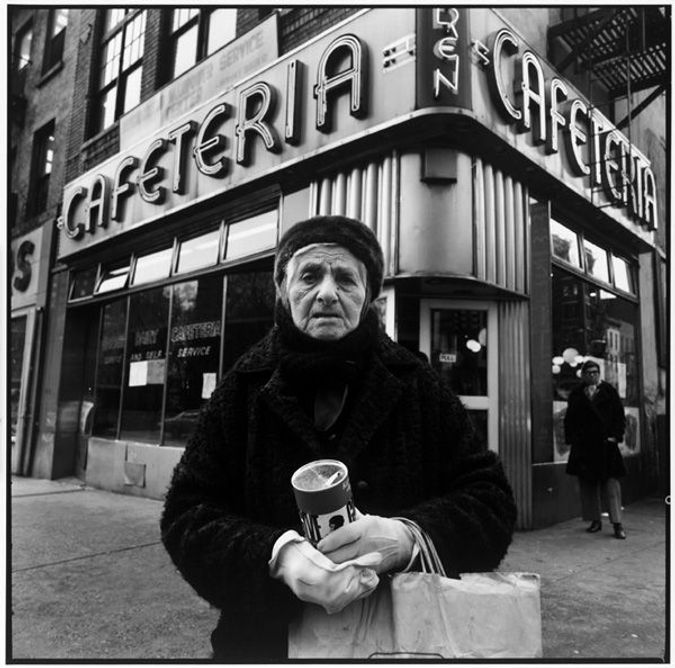 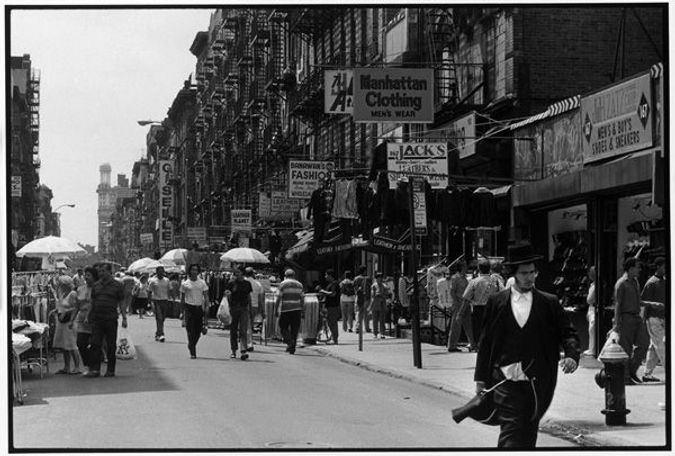 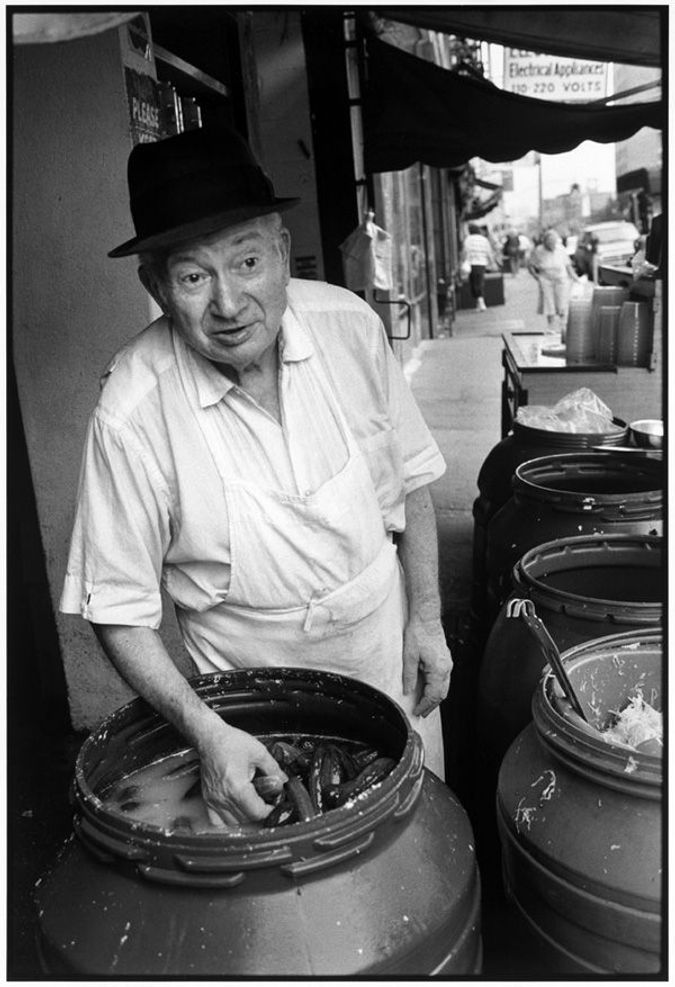 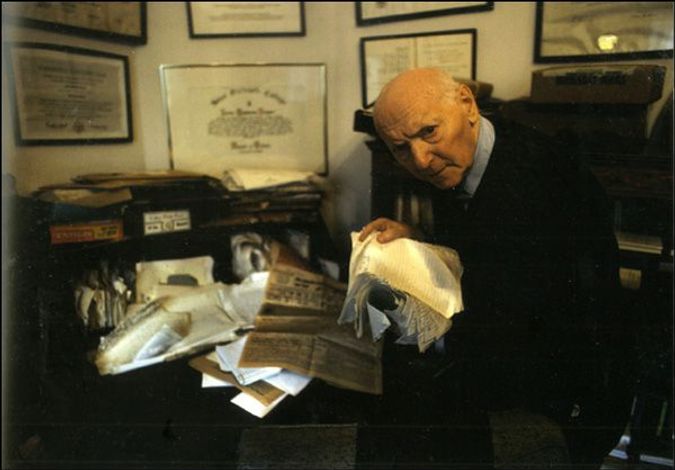