Much to Atone For, Munich Makes Amends 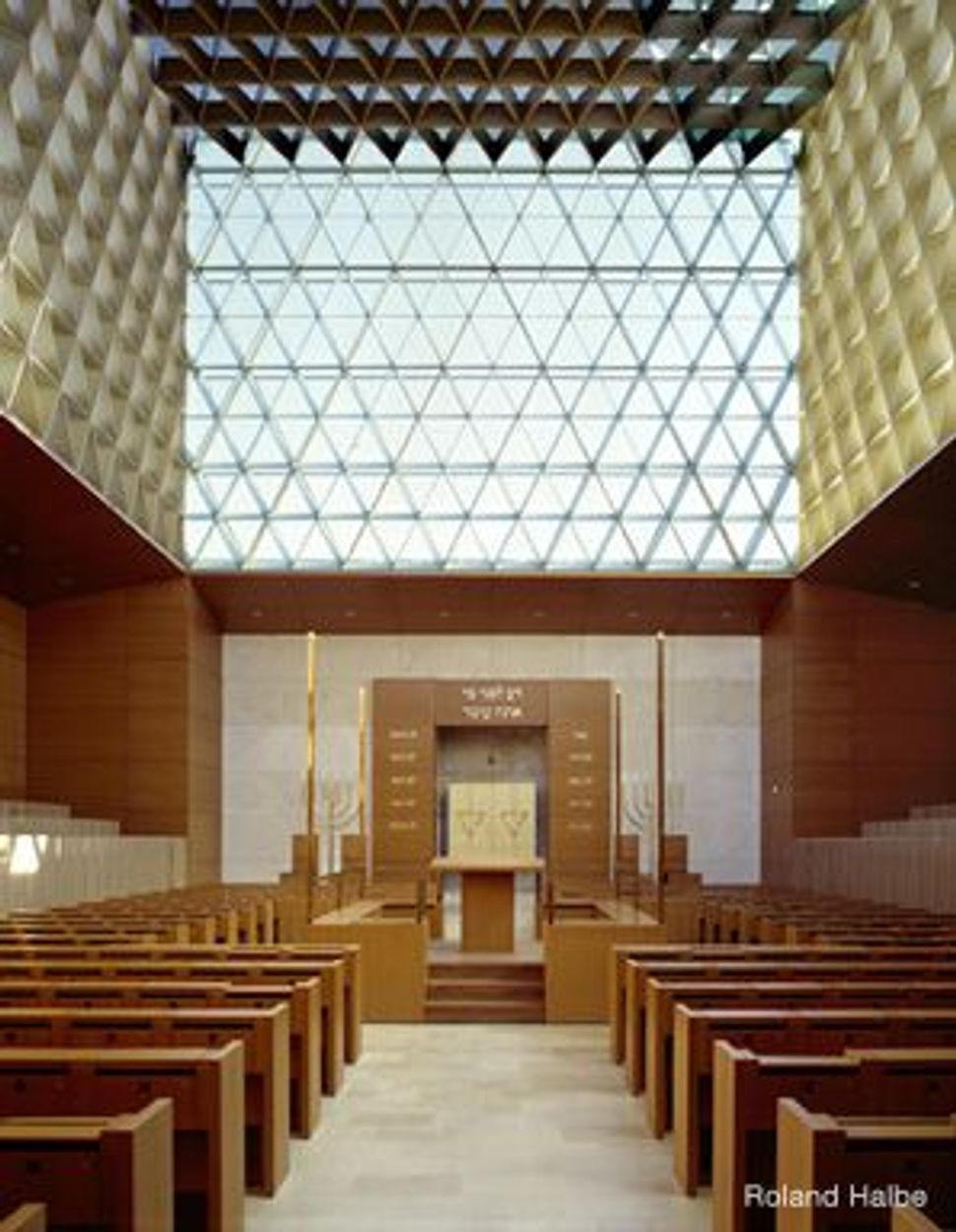 Charlotte Knobloch, president of Germany’s Jewish community and one of only about 100 surviving Munich residents who returned after World War II, used to keep a suitcase packed at all times — ready to escape should antisemitism force her out again. Of course this city, the capital of prosperous Bavaria, is both enormously wealthy and one of Germany’s most distinguished cultural centers. For Jews, however, it will always be impossible to forget that this was the nursery of Nazism. 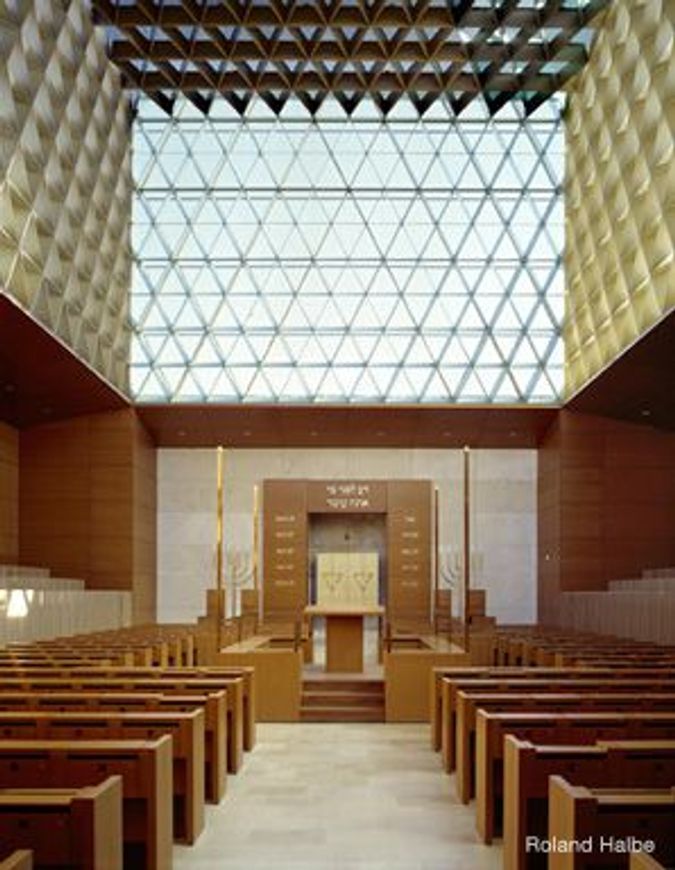 But these days, Knobloch says she has at last unpacked her suitcases. In a surprising historical turnaround, Munich’s Jewish community has grown to about the size it was before World War II. What started out as “Judaism without Jews” — similar to Poland’s current craze for klezmer music and Jewish “culture” in a place almost devoid of actual Jews — has now turned into a full-scale opportunity for cultural re-integration: Witness the new Jewish Center, located a four-minute stroll away from the Bavarian State Opera, one of the busiest opera houses in the world. Historic for introducing five of Wagner’s operas, as well as Mozart’s “Idomeneo” among others, the 355-year old BSTO holds a cultural position that can hardly be imagined in the United States. As with virtually every other institution in the city, the opera company has much in its past to atone for. And now it is working to help integrate the Jewish Center into the cultural life of Bavaria.

“When I was a child, in elementary school we only had one Jew,” said Ulrike Hessler, who, as co-director of the BSTO, has a long history of working toward German-Jewish rapprochement. “And this was already a miracle,” she said, “because there were only Catholic, and a few Protestant, children, who, like me, were a real minority. Having Jews here is not such a strange thing anymore — and that’s good.”

Of course, Munich used to boast an impressive Jewish Center with an opulent Liberal synagogue, the third largest in Germany. In the summer of 1938, Hitler personally ordered this great institution be torn down. The lack of public outcry at its destruction was seen as the green light to launch Kristallnacht that November.

Today’s new Jewish Center consists of three buildings on a public plaza — a community center with auditorium, kosher restaurant and school; an Orthodox synagogue with a ritual bath, and a museum with café and research library. Attending a Sabbath service in this new synagogue, unannounced, I counted almost 100 worshippers — especially impressive since this particular weekend, Munich’s New York-born chief rabbi, Steven Langnas, and many others from the congregation were at another synagogue to celebrate a bar mitzvah in the community.

The spiffy new Jewish Center could hardly have been more symbolic of the theme chosen by the BSTO for its summer festival: “Metamorphosis.” So civic pride in the center commingled with a sense of liberation from the dark past led the BSTO to choose the center’s new auditorium as the location for the festival’s opening event and reception, one of the gala events of Munich’s social calendar. The reception was even entirely kosher.

This was one of an ongoing series of efforts by the BSTO to confront Munich’s past: For example, its production of “Tannhäuser” ends in the ruins of a concentration camp. And, unlike at other houses, the crowd and riot scenes in its Meistersinger are given a darker edge here with the insertion of neo-Nazis. (The house can stumble, too, as when the American film director William Friedkin, who directed the new production of “Salome,” decided to overplay rather than minimize the work’s antisemitic possibilities. Inventing a scene, as he did, where rabbis erotically sniff Salome’s veils would be outrageous anywhere, let alone Munich.)

In addition, the BSTO and its adjoining neighbor the Bavarian State Theater, as well as Munich’s smaller opera company, the Gärtnerplatz Theater, are also supporting the establishment of a performing institution within the center itself. The initiative comes from Daniel Grossman, a young Jewish conductor who grew up in Munich. With the BSTO providing singers, costumes, sets and lighting, Grossman’s Jakobsplatz Orchestra, named after the center’s address, will present “Der Kaiser von Atlantis” by Viktor Ullmann, who was murdered by the Nazis. Composed for Theresienstadt, this astonishing opera about Death going on a protest strike will be the opening event of Munich’s annual Jewish Festival in November.

Will this metamorphosis succeed? As I witnessed the glittering BSTO gala in the new Jewish Center, I could not help thinking of the opulent old Jewish Center, the one Hitler had torn down. King Ludwig II — the same one who bankrolled Richard Wagner and whose fairytale-inspired castles are mimicked by Disney’s Fantasyland — decisively rejected Wagner’s antisemitic ravings and personally arranged for the center to be built on one of the most prominent, desirable locations of the city in 1882. He was following in the footsteps of his father, King Ludwig I, who had personally dedicated the previous main synagogue in 1826 with the entire Bavarian court in attendance, celebrating and welcoming the Jewish community’s presence in their city.

Raphael Mostel is a composer whose recent “Night and Dawn” was commissioned for the Royal Concertgebouw and Chicago Symphony orchestras’ brass to commemorate Holland’s liberation from the Nazis.

Much to Atone For, Munich Makes Amends